11 New Songs Of The Week You Should Listen To

New week, new music Friday! Every week we select ten new songs that need to be put on repeat all weekend long. But this week we selected eleven gems, we simply couldn’t limit ourselves to just ten. Some of these artists may already be saved in your playlists, but we’ve also found some new gems as well. We put them all together in a Spotify playlist. So all you have to do is follow us there, press play, and crank up the volume.

Norwegean singer Marie Ulven has done it again! Girl in Red, or as we like to call her, The Next Big Thing, just released her last single before her debut album will come out. “Stupid Bitch” is not her typical acoustic song but feels like a continuation of her last track “Serotonin”, which was made with a little help from Finneas O’Connell, aka big brother of Billie Eilish, aka Grammy winner.

The song is about a girl who is not accepting her love and how she feels about that frustrating situation. With “You Stupid Bitch” the run towards her debut album is complete. We now know that the album will be diverse, and we love that! Her debut album If I Could Make It Go Quiet will be out later this month on April 30.

Belgian Oriana just released her deeply emotional and soulful song “You”. She wrote it during a difficult time in her life, where she felt very distant from the people she knew best. The song makes you feel like you are dreaming away in your own unconsciousness.

The video clip stages Oriana in a beautiful pink dress surrounded by dancers that represent the feeling of estrangement. It is not a song about heartbreak but about the complex feeling of sadness and anger together with reinstating hope in oneself and reconnecting with loved ones.

She claims to make pop music for people who hate pop music, but how can you hate this song? Her latest single “Dover Beach” has that cute but mature pop sound that makes us feel like a happy end in a rom-com. Bella Lathem, the gorgeous singer known as Baby Queen, even got a shout-out from Apple Music in their Next Up Category, and we totally get why.

The music video from “Dover Beach” gives us vintage looks and Gucci pantsuits (yes we want it, thank you!). Shot on the beach of Dover, it brings us summer views and picturesque romance. On repeat, for sure!

Anything by Australian singer-songwriter Troye Sivan we like, of course. This time around, he collaborated together with Tate McRae on Regard’s new song “You”. The soft beats on this one have us daydreaming about Sunday mornings in the summer, sipping on bottomless mimosas.

The voices on this track melt together beautifully with the DJ beats of the Kosovarian Regard. It only just released, but this track is on the way to be a new hit. We will have it on repeat to start off this weekend with a cocktail in hand.

Revered British artist Charlotte OC captures hearts across the world with her effortless vocals, and her newest singles are no different. Charlotte dropped two singles at once on April 15: “Bad Bitch” and “Forest”, and “Bad Bitch” really stole our hearts.

“Bad Bitch” was born out of a horrific meeting that had her drinking in a bar in Berlin to drown her sorrows. After returning to the UK, she explained to her producer how she feels insecure when sober but confident when intoxicated. The verses of “Bad Bitch” are when Charlotte is sober, while the chorus is her drunkenly feeling herself. And we gotta say, it works perfectly because don’t we all struggle with feeling insecure and confident? Both singles are part of Charlotte OC’s upcoming full-length album Here Comes Trouble, set to release in October of this year.

Adrianna Broderick or Maeve hails from the Cayman Islands but is now based in Shoreditch, London, after a hurricane displaced her. She started immersing herself in the local music scene, learned guitar at the age of 14, and taught herself how to produce. She’s even been tipped as one to watch by BBC’s Radio 1 Introducing, and Soundcloud featured her for International Women’s Day.

Following the well-received “Manic Pixie Dream Girl”, Maeve is back with “Bleach”, the second single to drop from her forthcoming EP Carravagio in a Corner Store. Her latest single came out on Thursday, April 15, and is a masterclass in crafting experimental and catchy pop melodies over inventive beats. The song serves as a nod to the sinister world of social media, how we only see perfection when, in reality, it’s ominous how perfect everyone portrays themselves.

Filipino-Australian pop experimentalist daine carved a unique niche within the modern pop landscape with her well-received singles in 2020. She even managed to get a reputation as emotionally-driven pop’s next great hope. On April 15, she dropped her newest single, “Boys Wanna Txt”, which is a step away from her usual vibe, presenting her own take on hyperpop.

Charli Adams is done being a serial people pleaser. Once the captain of the cheerleading team and worship leader at her church in Alabama, Charli struggled with her own identity describing herself as a customizable human.

After leaving for Nashville to pursue music and kickstart her career, she finally waves it all goodbye in her newest single “Cheer Captain”. She sings about her strict Christian upbringing, feeling misunderstood, and uncovering putting toxic relationships with men and God above all. On top of all that, she just announced that her debut album Bullseye is set to be released on July 16.

LAUREL just surprise-released the music video to her first single “You’re The One” off of her upcoming EP. Her latest EP Petrol Bloom released late last year and was well-received by critics. The whole EP was ’80s inspired, giving us some sweet pop tunes.

We especially like the chorus on this song, the beats kick in, and you can’t sit still. On top of that, have you seen that eyeliner? For sure makes us want to go out with the girls. We are keeping an eye on this girl, we want more bops!

Greentea Peng—the moniker of Aria Wells— is a south-London singer-songwriter who has perfected psychedelic soul. With influences from reggae, R&B, neo-soul, and spoken word, she reminds us of Amy Winehouse and Lauryn Hill. She’s been on the rise ever since releasing her EP Rising (2019), and she even came in fourth on the list of BBC Music Sound of 2021.

Her newest release Kali V2 came out on April 13 and serves as a nod to the Hindu goddess Kali. Simultaneously she also announced her long-awaited debut album MAN MADE, made during the pandemic. Her debut album will contain 18 songs, and we can’t wait to hear her musical masterpiece when it’s released on June 4.

It’s been a while since Welsh singer MARINA came out with a new song. But on April 14, she came back with “Purge The Poison”, the second single of her fifth album, Ancient Dreams In A Modern Land, set to release on June 11.

With a repetitive beat and rock opera vibes, MARINA manages to make a catchy and fun song. However, her lyrics touch on some heavy topics. From climate change, racism, and sexism to Harvey Weinstein, Covid, and the treatment of Britney Spears, MARINA shows us yet again she’s not afraid to sing about the heavy issues. 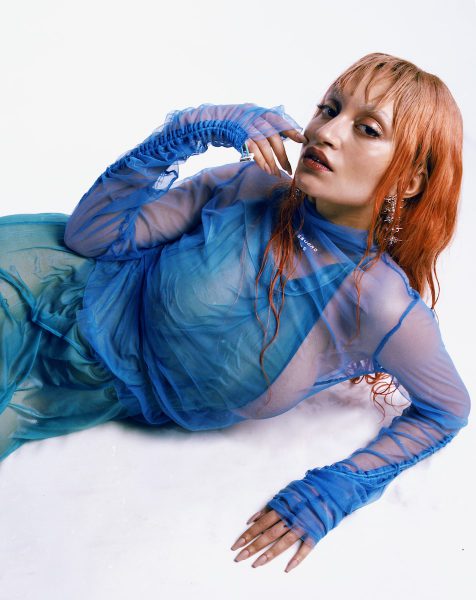 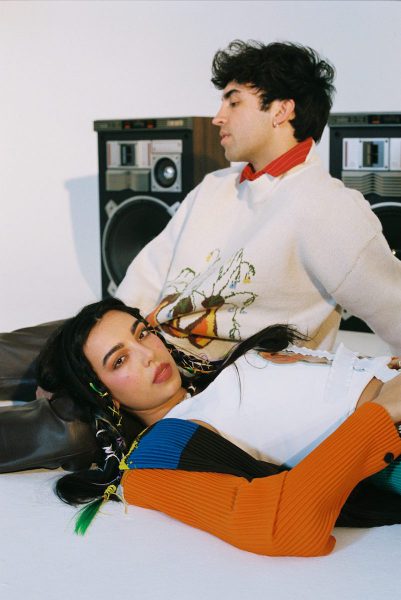 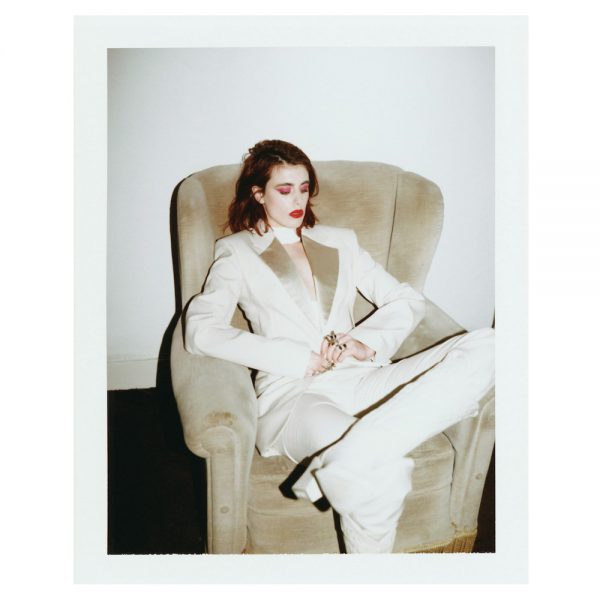