Many things aren’t being covered in the media due to desensitization or censorship. We know we’re a magazine about fashion, music, and lifestyle, but we have a platform. It just doesn’t sit right with us to not report about the horrific things that are happening around the world. Educate yourself, together with us, about these six things the media doesn’t talk about enough.

1. The humanitarian crisis in Yemen

Yemen is experiencing the largest humanitarian crisis in the world, with more than 24 million people (80% of the population) in need of humanitarian assistance. The country has been suffering ever since March 2015, when a big civil war between Houthi Shia Muslim rebels and the government broke out.

The UN hoped an agreement would clear the way for a political settlement, but nothing was further from the truth. In January 2020, there was an escalation in hostilities between the Houthis and Saudi-led coalition forces. There was a lot of fighting on front lines, missile strikes, and air raids.

Right now, there are 20.1 million people that are food insecure, with 10 million of those only a step away from famine. There are three million acutely malnourished children, pregnant or lactating women in the country.

Nearly four million people have been displaced since the civil war broke out in March 2015. These people are especially at high risk for Covid-19.

If you want to know more about the Yemen crisis and what you can do, check out this carrd.

2. Mysterious deaths of black people in the US

Murders of trans people of color

Transgender people, especially trans women of color, are at a heightened risk for fatal violence. Just last week, two black trans women, Riah Milton and Dominique “Rem’mie” Fells, were murdered. According to the Human Rights Campaign, they are now the 13th and 14th transgender or gender non-conforming murder victims in the US in 2020. However, HRC believes there are many more cases that have gone unreported still.

Dominique Fell’s body was found in a river in Philadelphia with several stab wounds, trauma to the head and face, and with both legs severed. No suspect has been identified yet.

Ohio investigators have made two arrests for the murder of Riah Milton but are still looking for a third suspect. An unidentified 14-year-old girl lured Milton to a nearby park to rob her and steal her car. A fight broke out between her and the two other suspects, and Milton ended up being fatally shot. 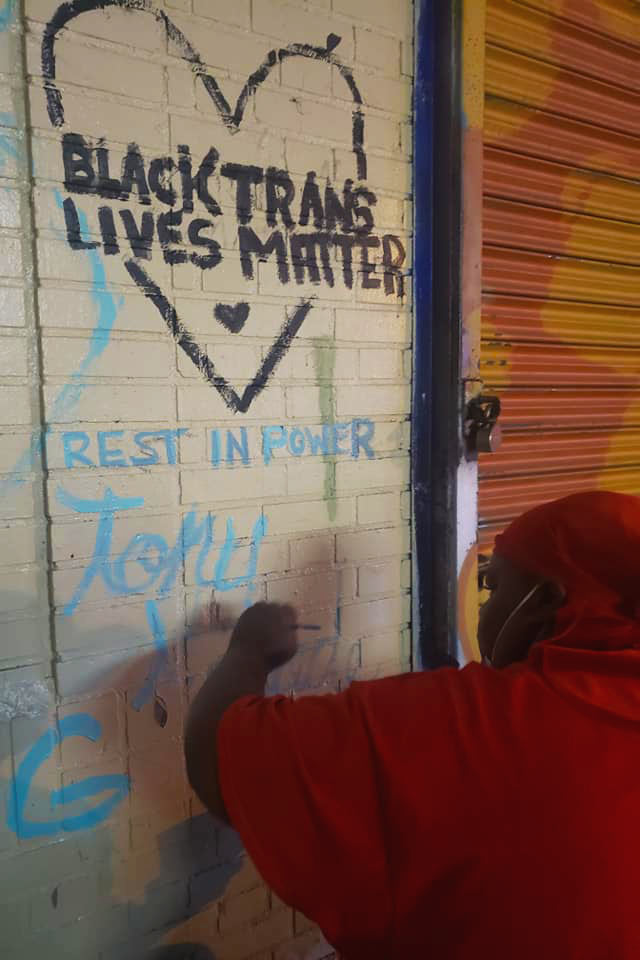 A mural has been created by Black Trans Media in The Bronx to honor lost trans lives. Photographed by Sasha Alexander

Multiple black men were recently found hanged in trees in the US. Although it’s unknown how many cases, many believe there to be four different cases of black men hanging themselves. All of them were ruled as suicides.

Among these victims is Malcolm Harsch, a Black man from California, whose family has been raising concerns about his death. According to Harsch’s sister, they were told by the coroner’s office that his autopsy was completed without a mention of the cause of death.

Another victim, 24-year-old Robert Fuller, was also found hanging from a tree right in front of the Palmdale city hall, next to a church. Residents claim that no black man would hang himself in public like that and are now demanding an independent review and transparency.

People on social media are drawing parallels between the two deaths and don’t believe them to be suicides. A petition demanding a full investigation into Mr. Fuller’s death has gotten over 285.000 signatures.

Find out what you can do to help #BlackTransLivesMatter and #AllBlackLivesMatter via this helpful Cosmopolitan article.

Even though there are still many protests going on regarding #BlackLivesMatter, the news barely covers them anymore. People are sadly becoming desensitized to the news, which leads to the mainstream media not covering it as extensively anymore.

Still, the news is as relevant as ever. Just a couple of days ago, a 27-year-old Black man, Rayshard Brooks, was shot by an officer while fleeing after being caught asleep in his car.

(Re-)educate yourself about Black Lives Matter and white privilege. Check out our article on How To Educate Yourself About Racism And White Privilege. 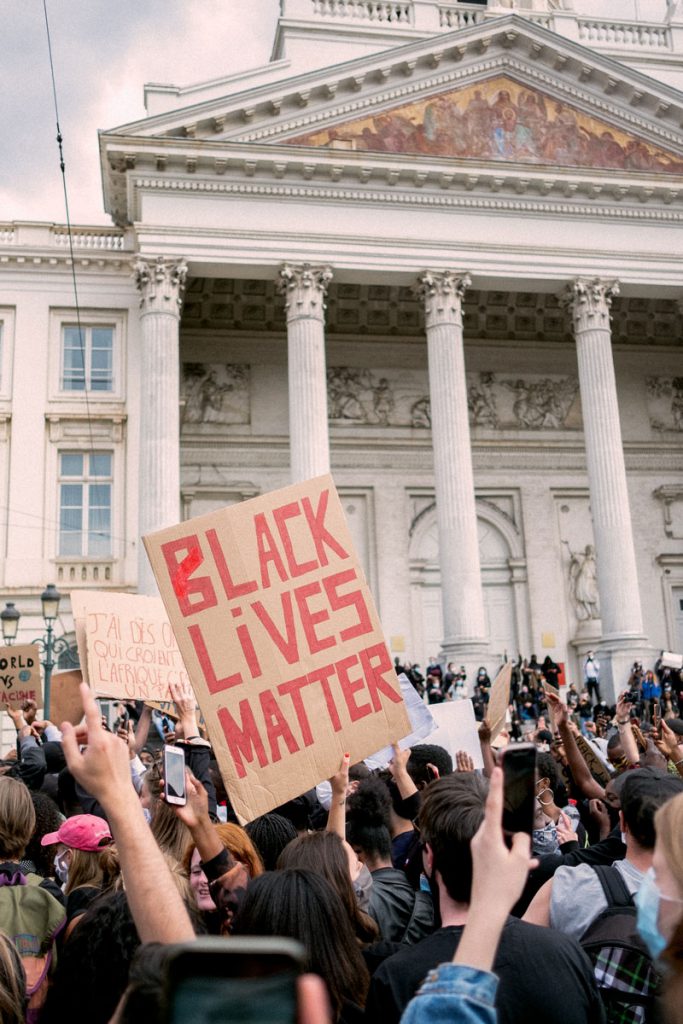 Photograph by Ines Vansteenkiste-Muylle at the BLM protest in Brussels

A growing number of children have gone missing on Hawai’i Island. At least 15 cases have been reported in the past 60 days. Maui, a Hawaiian island, even has a whole memorial wall with the names of missing people written on it.

Some claim the children to be runaways, other people link the mysterious disappearances to cult activities, while others believe child trafficking to be involved. Oprah even gets mentioned as a suspect because she has her own blocked off-road that leads straight to Kihei port. In March, a fake report went viral saying that she had been arrested at her home in Florida. The talk show host responded to the allegations on Twitter: “Just got a phone call that my name is trending. And being trolled for some awful FAKE thing. It’s NOT TRUE. Haven’t been raided, or arrested. Just sanitizing and self-distancing with the rest of the world. Stay safe everybody.”

Twitter users blame the lack of knowledge about the missing children on the tourism industry. According to them, people wouldn’t want to visit the island anymore if they knew what was going on.

In China, up to one million Muslims have been detained in camps. The authorities call these camps centers for “transformation-through-education” but most people know them as “re-education camps”. Muslims sent to these camps are not put on trial, have no access to lawyers whatsoever, and can’t challenge the decision. One can only be released when the authorities decide the individual has been “transformed” into a “true Chinese citizen”.

People that have gotten out of these camps have testified in the past. According to them, they were hooded, had to wear shackles on their arms and legs, and were forced to stand in a fixed position for 12 hours. They had to sing political songs and study speeches of the Chinese Communist Party. They were also forced to eat pork meat and chant “Long live Xi Jinping” before meals.

In 2019, a video surfaced online that showed Uyghurs or other Muslim minorities shackled and blindfolded in one of these camps. The authorities justify these measures by saying they prevent religious “extremism” and “terrorist activities”.

If you want to know more about everything that’s happening in these “re-education” camps, read Amnesty International’s article.

If you’re experiencing suicidal thoughts or are in need of a conversation, you can reach out to a suicide hotline in your country via www.suicidestop.com

6. Eastern-European countries are taking measures against the LGBT community

In March 2020, Putin proposed a constitutional ban on gay marriage.

In March 2020, Poland has declared one-third of the country as LGBT-free zones. Nearly 100 Polish Municipal or local governments have pledged to refrain from acts that encourage tolerance and must avoid providing financial assistance to NGOs working to promote equal rights.

In May, Hungary also passed a law that ends the legal recognition of transgender and intersex people, which makes gender change impossible.

In the European Union, same-sex marriage is still not recognized in 13 states. Adoption by same-sex couples is still illegal in 14 states out of 27. 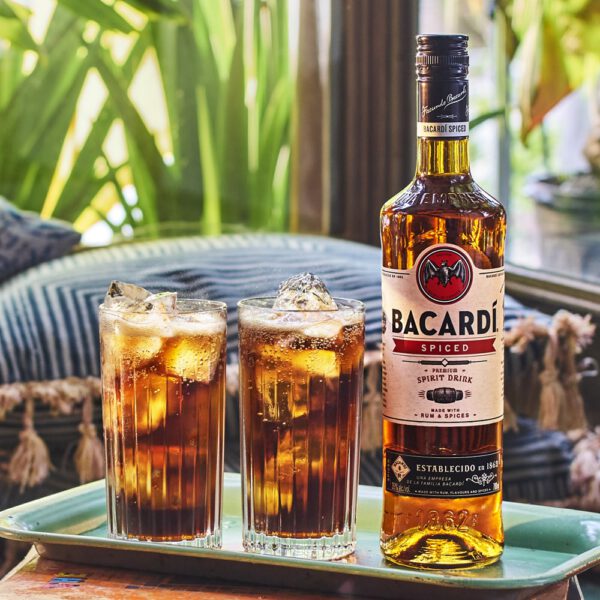 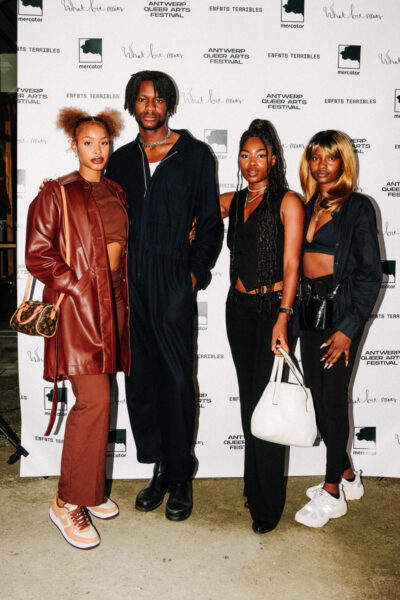 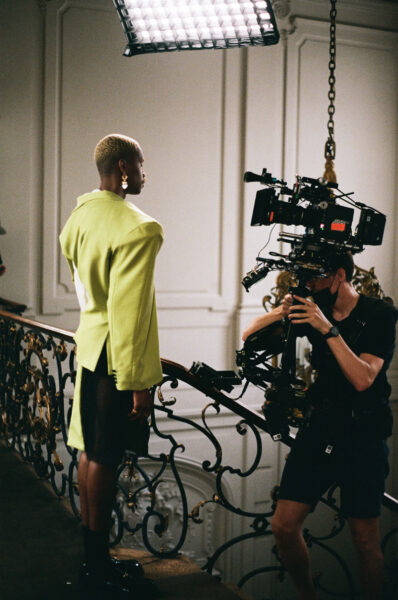