A Beginner’s Guide to the Sensational K-Pop Group BLACKPINK

To be honest, I’m taking my first baby steps into the vast, sparkly K-pop universe. But even as a total newbie, I’ve heard of the craze around BLACKPINK, the South-Korean girl band that’s breaking records around the world. Let’s find out what the hype is all about.

On 2 October 2020, BLACKPINK released its first full-length album, with a very straight-forward name, The Album. With more than 1 million pre-orders, The Album was one of the most anticipated releases of 2020.

A quick google search proves that this success isn’t unknown to the band: when Lisa, Jennie, Jisoo, and Rosé were formed as BLACKPINK by YG Entertainment in 2016, they quickly became the world’s biggest girl group. The girls are now between 25 and 23 years old and being under YG Entertainment is huge, as the South Korean music company houses some of the most successful Korean idol groups like iKon and Big Bang. So, there’s already one clue as to why BLACKPINK gained so much momentum before even releasing a full LP.

But there’s more to their success formula. The band’s concept was new: while most other K-pop girl groups were trying to be cute, BLACKPINK brought a confident and rebellious sound to the stage. The music is a blend of English and Korean sugary pop, and as Jennie and Lisa are rappers, it’s combined with rap, hip-hop, electronic dance music, and even rock, making it likable for almost anyone.

Over the last four years, BLACKPINK released many singles and mini-albums, and their hits “Boombahyah”, “Whistle”, “DDU-DU DDU-DU”, and TikTok success “How You Like That” flew off the charts worldwide. The band is known for high-energy bangers and a lot of huge collabs: the single “Ice Cream” of The Album features Selena Gomez and “Bet You Wanna” features Cardi B. The girl group also collaborated on “Sour Candy” for Lady Gaga’s new album Chromatica, and Dua Lipa’s song “Kiss & Make Up”, giving them an even bigger audience. 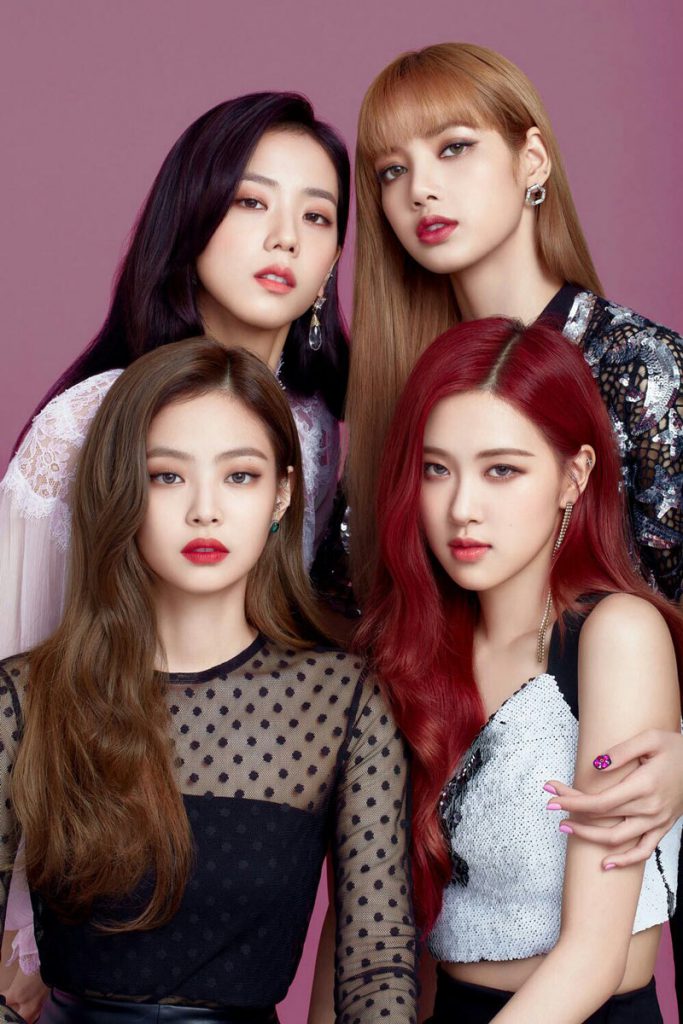 Their work and fun personalities brought together a worldwide, ever-growing fandom, also called BLINKs. It helped that Lisa is originally from Thailand, which broadened their audience in the early days. On top of that, they all did solo projects like dancing, modeling work, and singing, which put them in the spotlight even before BLACKPINK’s debut.

Three of BLACKPINK’s music videos became the most viewed video on YouTube within 24 hours of its release, with “How You Like That” also breaking the record of the fastest video in YouTube history to hit 100 million views. The K-pop phenomenon is also the most-subscribed music group, female act, and Asian act on YouTube.

So, a lot of people watch their music clips, but why’s that? Well, the videos are very dynamic with bright, creative backgrounds and ever-changing camera angles, which is quite unusual in the K-pop scene. Moreover, these four talented girls spent a big part of their lives dancing and their intricately choreographed dance moves will keep you hooked. If that’s not enough, there are many badass, reckless stunts, just look at Rosé swinging on a chandelier in “DDU-DU DDU-DU”.

BLACKPINK’s fame goes beyond music alone. Major French fashion houses have each recruited one of the girls to be their brand ambassador. With her edgy look, Rose became a face for Saint Laurent, Lisa the muse for luxury brand Celine. Jennie’s fans call her the “human Chanel” and feminine Jisoo found her match with Dior. They are important symbols of luxury and style, and so anything they wear has the power to become a hot item.

If you need any more proof that BLACKPINK is taking over: the band made history in 2019 as the first K-pop girl group to play at a U.S festival, not just any, but the famous music fest Coachella. And now, 14 October, the girls get their own Netflix documentary, BLACKPINK: Light Up the Sky. So, if you’re like me and you feel a little obsession coming, get ready to dive into their personal experiences on your tv soon.

10 Hot New Music Releases You Should Listen to This Week Although it’s been a hell of a week with many European countries going into full lockdown again, we found a…

Dua Lipa and Angèle Unite On Power Bop ‘Fever’ Dua Lipa has an amazing year behind her. The British pop superstar released her fantastic second record Future Nostalgia and…

Yung Mavu: “I Actually Prefer Singing Over Rapping” The Belgian rapper Yung Mavu went viral in 2017 with his song “BLACK MAGIC”, but with every release, he’s proven…

Manie Mania: Meet the Dutch DJ Redefining Club-Culture Mid-Quarantine In a world where most of us haven’t seen the inside of a club in over half a year, going…
X