Alioth is still a fresh face in the music industry, but his debut definitely didn’t miss the mark. The Belgian-Moroccan singer introduced himself in 2020 with a handful of singles and recently released his first project ‘Delusia‘. The EP is Alioth’s way of self-discovery and already indicates that big things will happen soon for the upcoming artist. In a personal interview, he explains why the project is such an important step for him and how he experienced his debut.

You’re still quite new to the scene. How did you experience your debut as an artist?

It was quite exciting. For me, it was kind of daring in a way because I was a bit scared to release music. Especially since I was building up everything before Covid and got to know myself and the scene better. The moment I was convinced about my music and released something, the coronavirus took over. In the end, I pushed myself through everything with the help of my manager and team.

Was it different from what you expected it to be?
Everything is always different than you expect. You can’t control what people think about your music. Before I started out in the music industry, I didn’t really have an idea of how it would be. I was a bit scared of how I’d put myself out there. Looking back, I think I was well received by the scene, so I’m happy about that. 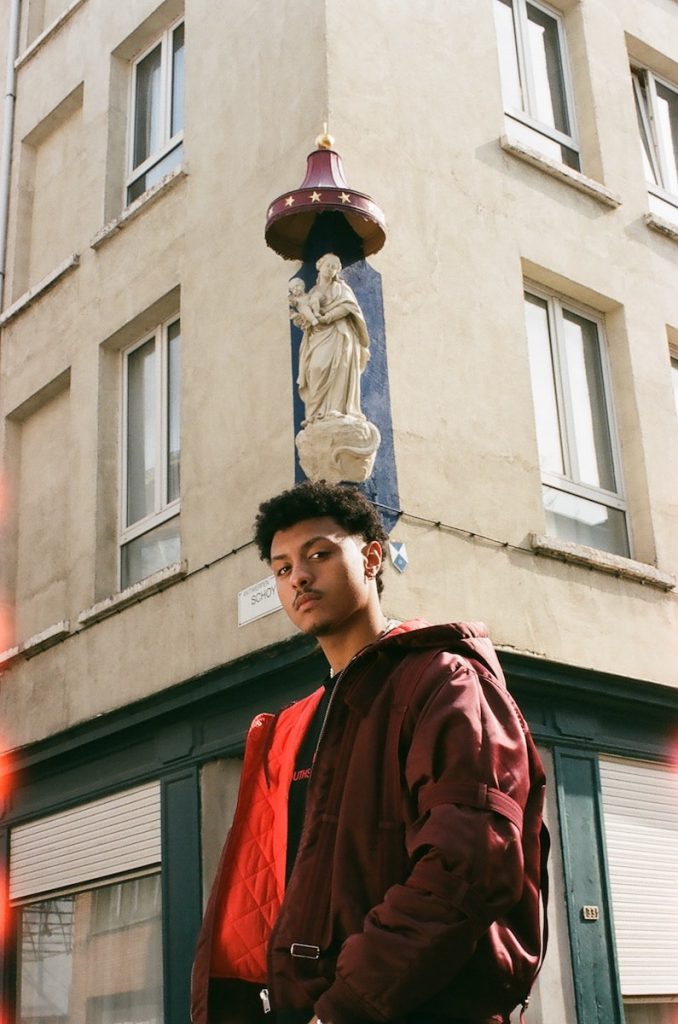 Every step you’ve taken ultimately lead to the release of your first project. How did you come up with the title of your EP?

Delusia is actually a name that I had in my notes for a long time. I always liked the term because it feels like it’s referencing a fantasy world where you get totally lost. That feeling really sums up that period in my life. Before the first lockdown happened, I was in a special state of mind because I was heavily torn in my self-discovery.

“Delusia” actually means that you’re living in a deluded state. You’re not really living a lie, but you don’t know what reality is anymore. You’re constantly in a conflict with who you think you are and who you really are. Delusia is constantly questioning what reality means. My music leaned towards that emotion during that time because I was always in a state where I didn’t know who I was. I was trapped in a different world as if I was in trance.

Do you now know who you are?

Yes, because that’s also the reason why I can put that project out. I can look back from another point of view and see why I was that person. I wouldn’t be able to release Delusia if I was still tangled in that state of mind.

The music is balancing on a line between R&B and pop. What makes it unique?

It’s the message and the way I openly have this conversation with myself. I question and talk about different topics because I tell it to myself in the first place. In my music, I try to be the person that I need in my life and that I need to get out of this state of mind that I was trapped in. That makes it unique for me.

Your producer Chuki Beats definitely helps you with that. How do you collaborate?

Collaborating with Chuki always went smoothly, and there’s always a fun connection between us. We originate from the same region, so it’s never difficult to get along with each other. He really has a sense of how I feel. Whenever I’m in the studio, he knows how I make music so that always goes easy. 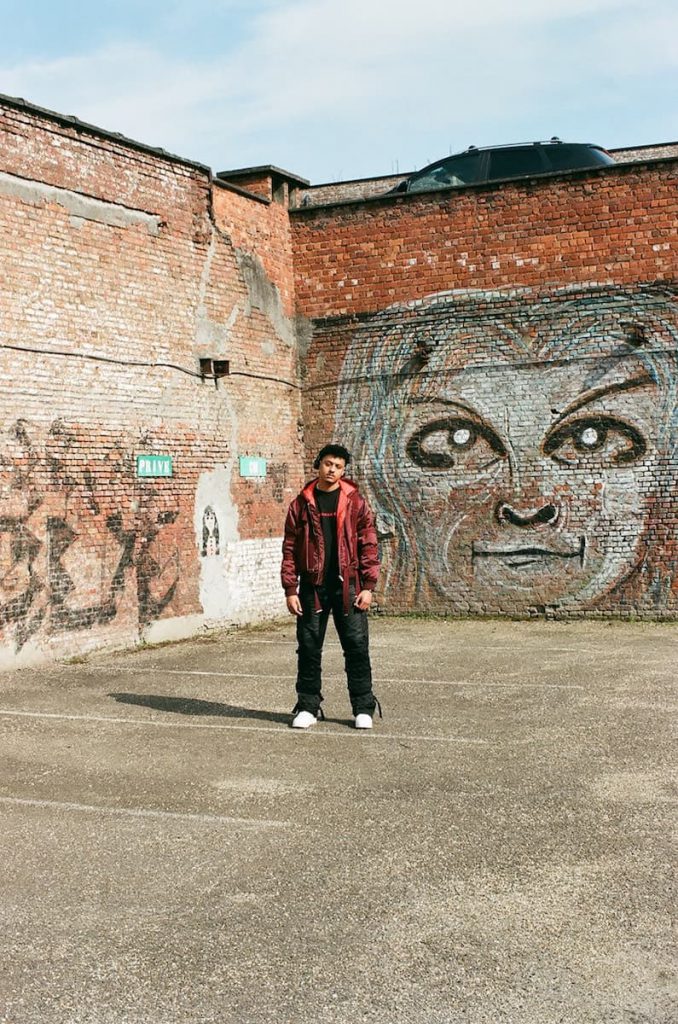 Do you think it’s difficult to break through internationally as a Belgian artist?

The borders might be closed at the moment, but there are so many possibilities. Platforms like Instagram or TikTok are super useful, and it feels like there’s no limit to these tools. There’s nothing that can hold you back, especially today.

The music sounds very futuristic. How do you try to reflect that in your visual aesthetic?

I try to do that in my artworks and graphic designs. It’s super important because it’s the first impression people have of your project and decides if they’ll listen to it. For example, I had this sudden idea of these virtual reality glasses when I was in my bathroom. (laughs) A lot of people live in this state of mind, where you have the feeling that you have such a thing on your head and you can’t escape from it. Everybody has its little world where you’re trapped in, and that’s what I tried to accentuate with that idea. 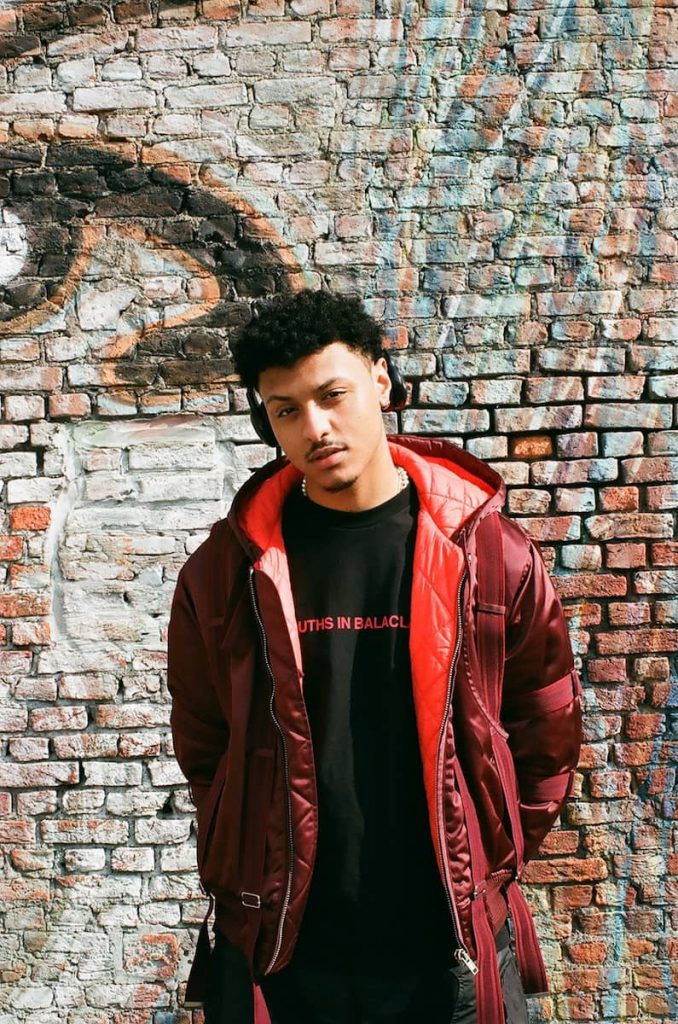 Is there something specific you’re working towards? Where do you see yourself within five years?

I just try to work on myself because that’s the starting point for a lot of things. Everything that happens around me is basically the result of how I feel and how I express that. In five years, I see myself on a beach totally on my own and make music that’s closest to my heart. I always try to get closer to the person I really am. I’m just 21, so I still have a long road ahead of me. That’s what I’m currently working towards. I always say, “I’m going home!” There’s a place in my heart and it’s just called home. In this big ass world where you can easily get lost, I just wanna find home and get to the true me.

Now that the EP is out, what are you currently working on?

‘Delusia’ is out now on all platforms.