Archie X: “Our Music Is Strange Sometimes, but Always True to Us”

When the Belgian music student Charline D’hoore joined forces with live musician Tom Lodewyckx, their band Archie X was born. Via Zoom, they happily opened up about their passion project, their debut single “Loud Boy”, and what’s next. And if you ask us, their future looks very shiny, so let’s dive into it.

On Instagram, you introduce yourself as “two geeks in a studio”.

Charline: Yeah, it’s just so accurate for us, because we haven’t got a chance to perform yet due to the virus. And so, most of the time, you can find us at Tom’s place, in his studio. There, both of us would be geekingabout the technical part of creating music, because we love it.

I can see it suits you because Tom’s sitting in the studio right now.

Tom: (laughs) Yeah, this is where we wrote all our songs together, I’m here every single day. Even when we can’t do gigs right now, I have to stay creative and make music.

You met each other in quite an exciting way, right?

Charline: Last year, I participated in the singing contest The Voice. In the first round, all coaches turned around. Just before I got on stage during the second round, what we call the knockouts, someone yelled from the backstage: “Hey if you don’t go through to the next round, I want to join you in a band!” It was Tom, who played guitar in the live band there. And I was sent home that day, so afterward Tom found me and assured me he was serious. I was sad to go home, but Tom’s offer totally cheered me up.

Tom: I remembered Charline from even before her blind audition because I had heard her demo. An extraordinary voice like hers stands out, of course, and I was a fan from the start. At that time, I had the idea to just make and produce music for her, not for us. However, after making a couple of songs together, it all clicked. And so, after three writing sessions, Charline suggested doing this project as an official band. I remember thinking: “Am I not too old for that?” (laughs) 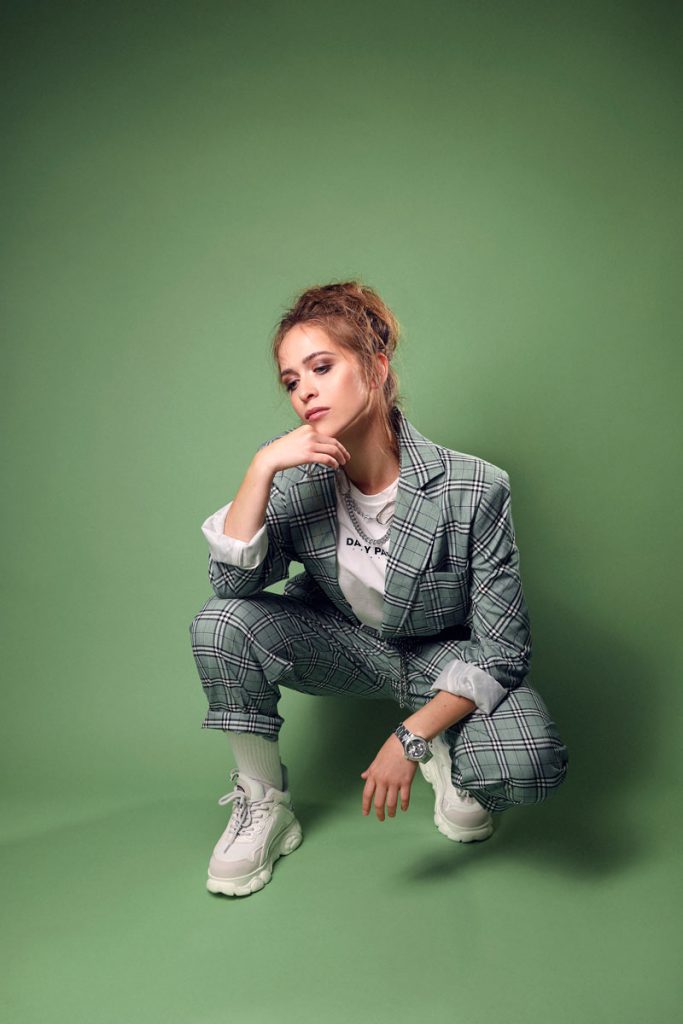 And where does your name Archie X come from?

Tom: Well, actually we wanted to go for the name Charles because I always call her ‘sjarel’ (a playful Flemish word for someone naughty) or ‘Charles’.

Charline: He calls me ‘Sjarel’ when I do something wrong. (both laugh)

Tom: So, I mostly call her Sjarel. (laughs) But anyway, just around that time, another Belgian music project was launched with the name Charles. So, we had to find something else and ended up with the British name Archie, which we really liked. Besides, Archie means genuine, which is how I describe Charline’s voice. When she sings, she sounds so honest and natural, that you have to listen to her words. That way, Archie suits us.

Many people describe your sound as personal and honest as well.

Charline: Yeah, we only want to make music that feels true to ourselves.

Tom: We really want to create something we would like to listen to ourselves. That sometimes means that our sound isn’t what you would expect, sometimes it’s strange, but it’s always us. Of course, we’re influenced by so many other artists. For instance, in some of our songs, you could recognize a piano tune from Mister Mister of the ‘80s or string instruments from The Weeknd, it’s super diverse.

So your music is eclectic?

Tom: Definitely! Overall, we make pop music but mix it with many other genres. My roots lay in metal, hard rock, and punk, but also blues, which is all completely different from what we’re doing now. I just love so many types of music and I’m also playing for very different artists and bands like K’s Choice, Clouseau, Ozark Henry, and Tom Helsen.

Charline: Tom and I have very different interests and like different music genres with different influences, so together, we create this crazy mix, and the fun part is that it works.

Tom: Sometimes we both want to go in a totally different direction. I remember I made this production once that we had written together and I had made it dark trip-hop, à la Portishead. But Charline wanted more of a Clean Bandit vibe, so I sent her the production and she remade the entire thing with synth sounds. It sounded really fun, so, eventually, we mixed both of our ideas and ended with a very unique sound, combining my string instruments with her synths.

Charline: Yeah, and that eclectic side will be a lot more prominent in our upcoming singles. 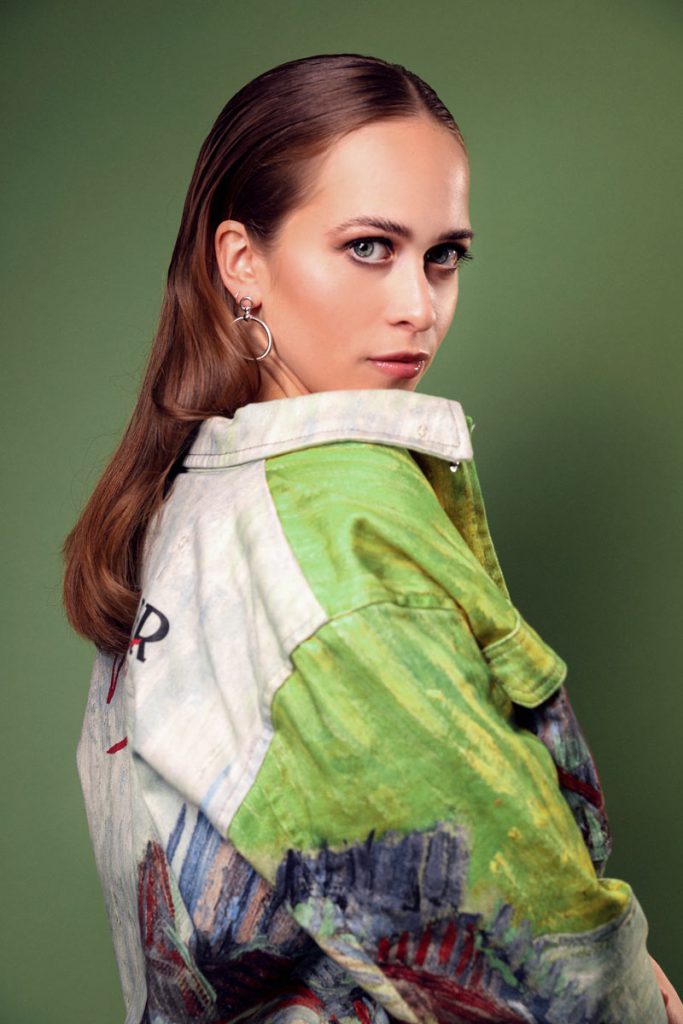 Are you suggesting you’ve got a lot of upcoming projects?

Charline: For sure! We’re unstoppable and have many singles ready to be released. If it were up to me, I’d let everyone hear all our music at once. (laughs) But it doesn’t work like that and we wait for our label’s release strategy, so we have to be patient. It’s difficult waiting like this because some songs are almost a year old. So, yeah, we have a lot in store for you, but I can’t give any specific dates, though.

In the meantime, we’ll put on your debut single on repeat. What inspired you to write “Loud Boy”?

Tom: First, we just had a groove, a rhythm. Then, we started with the lyrics. You either know someone or are someone who attracts a lot of attention, no matter where they go. Although these “loud people” love to be in the spotlight, they could also feel lonely and insecure. And that’s what we wrote “Loud Boy” about.

Accompanying the single, there’s a great music video. What was it like working on those visuals?

Charline: With the video, we told this story of a loud boy partying in the club, but we also showed him being lonely and completely stuck in his head. The day of the shooting was the best day ever. I arrived on set at half-past five in the morning and went straight into hair and makeup, it was crazy.

First, we shot just me, but then in the afternoon, I got to put on a beard and dress up as the loud boy.  As soon as that facial hair was there, I started walking manly and unleashed this inner guy in me, it felt super cool.

Tom: At first, I didn’t think it was a good idea to let Charline play the loud boy as I doubted whether or not she would be able to pull it off. But then I saw her, and I thought: “Holy shit, she has yet another talent!”

Charline: To be able to perform! It would make everything feel real. It’s what we both love to do, and we really crave it.

Tom: It could be any stage: a big festival or a small pub, when it’s safe, we’d just want to get out there.