When caro♡ announced the start of her solo career last year, the PC Music signing was immediately embraced by the loveable hyperpop scene. The French-born London-based artist has been making furor as part of the legendary synth-pop formation Planet 1999 but felt that the time was right to discover music more on her own. We were curious to hear what the motives are behind caro♡’s music and invited her for a little chat via Zoom to talk about her new music.

Before we dive into the music, what does the ♡ in caro♡ stand for?

At first, I used this name on Animal Crossing on my Nintendo Switch, and my boyfriend suddenly said that it’s a nice artist name. I found it very cute from the start but now, it weirdly became very central in the project. While making this album and meeting all these people, I realized that I stepped up and became more vulnerable. I really connected to people in a way that I’ve never connected with people before. The ♡ became a mantra for me, and it symbolizes vulnerability, sensitivity, and acceptance of people. It’s about being highly sensitive but putting yourself out there and feel all these things other people won’t feel but also dealing with that.

That’s a good question because I often think of that. I don’t know how much I believe in astrology in general. Life experiences are so various and affect you so much because what you’ve experienced in your life has an impact on who you are. But when I read stuff about being a Sagittarius, I definitely relate to it a lot. Some of our main trades are that we’re travelers, we love to connect to people, and like to have philosophical conversations. 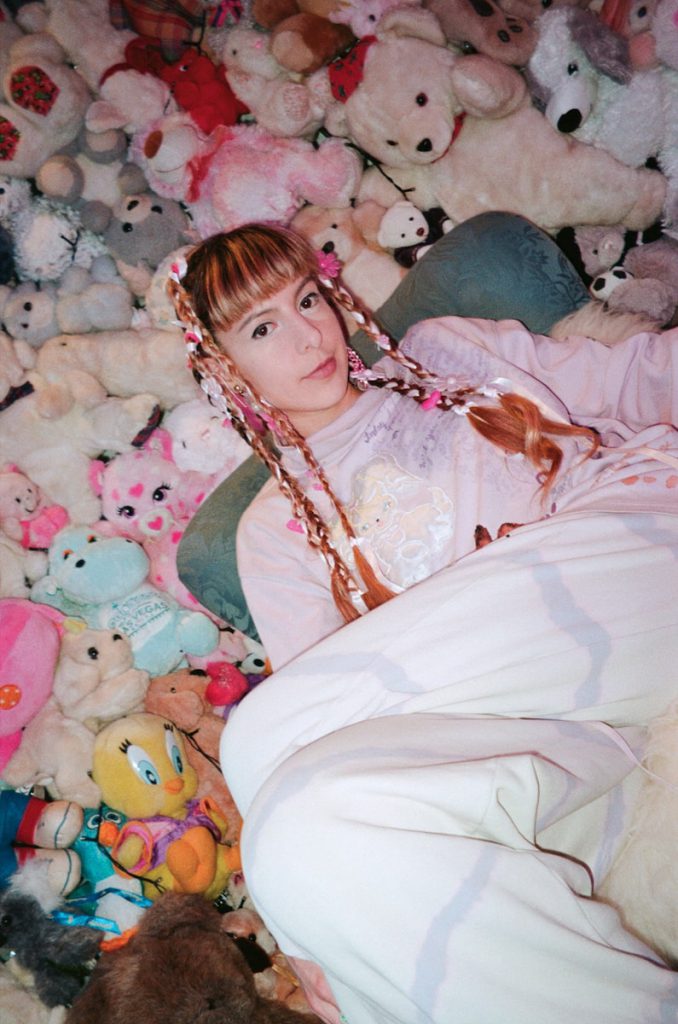 You started as a member of Planet 1999. When did you decide that you want to pursue a solo career too?

It started a long time ago because I’ve always done songs on my own and put them on SoundCloud. It wasn’t professional, and I wasn’t pushing it out there. When I made “Over You” (editor’s note: the next single she’s putting out) three years ago, it pushed me forward, and it was more professional than what I used to do. Suddenly, I had a lot of demos and instrumentals, but that track gave it direction and started the whole process.

You started as a member of Planet 1999. What are the differences and similarities between working on your solo project and working in a group?

It’s actually very different. The way I’m making music is not that different because in Planet 1999, we all make productions, and I always like to do the vocals on my own because I feel very affected when there are people in the room. That’s the same: I’ve always been alone, even with Planet.

In the music itself, the fact that no one was there to give me advice, and I had all the freedom, which is also scary. Before I send the album to A.G. Cook, I went a little crazy and doubted if the songs were just crap. That’s maybe what happens when you’re alone because you might think you’ve gone too far in your head. The other thing was that it was very personal to make this, and it’s just too easy to hide behind other people. You don’t share the responsibility when you’re alone. Besides being curious about how it would be to make music all by myself, I wanted to be independent and choose everything myself. 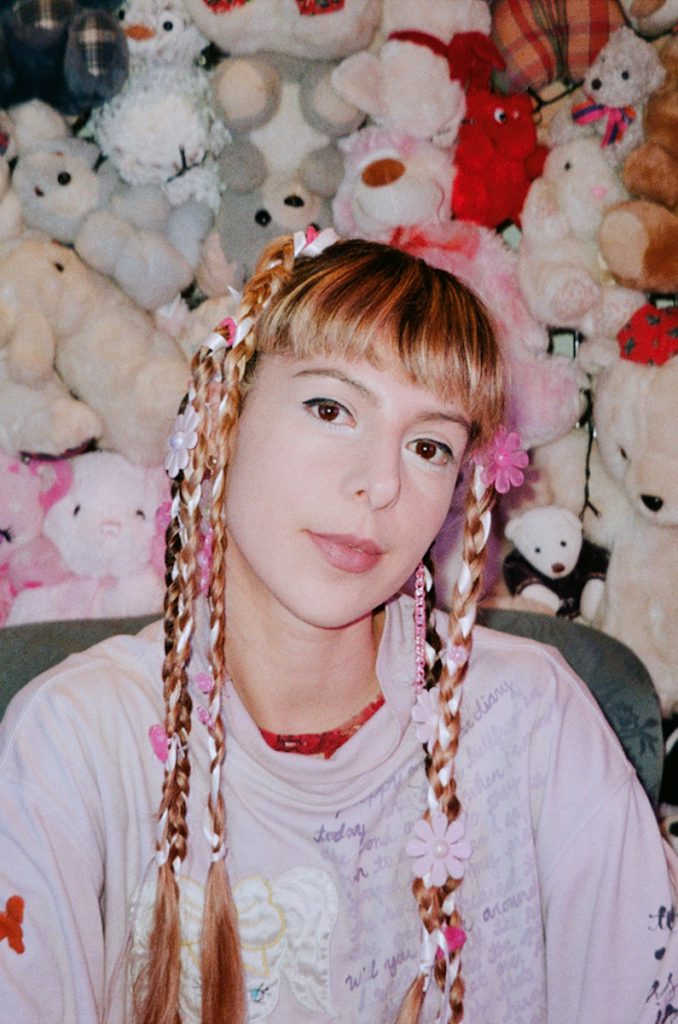 You’ve produced and worked on new tracks. What’s the general concept of your  new music?

It came while making it and maybe even afterward. I’m not super good at analyzing the concepts and knowing why I’m doing things. My sister attends art school, and they always ask to explain what you made, which can be hard sometimes. To me, it sometimes feels forced to rationalize it, but at the time you were making it, you weren’t necessarily thinking about it.

At the moment, I’m working on more new music, and I’m more conceptual about it. I have an idea that I want to push forward, but for this album, the songs were just there, and it is what it is. It’s about my childhood memories, me being vulnerable, and me trying to open up. I haven’t done that enough in my life, so it’s me trying to do that.

So you often give a song a meaning after you’ve made it?

I read somewhere that it’s a good work of art when you make it and see all the layers afterward. That happens to me a lot. I sometimes listen to the songs and realize who I’ve made these songs for or understand the emotion I had while making them. It’s so unconscious because you let yourself go.

It depends, but most of the time, I’m in some kind of mood and start to make melodies with synths and sounds. For example, when I made “Over U”, I found these chords and immediately loved it. When I work with Planet, they send me some kind of loops and there’s not always enough of a mood in the music. I really need something weird in the melody line to feel like I want to put vocals on it. Recently, I started hearing melodies in my head, and that hasn’t happened to me before. I would, for example, listen to a piece of music in a movie and change it in my mind. For years, it wasn’t like that, and I would just jam around. 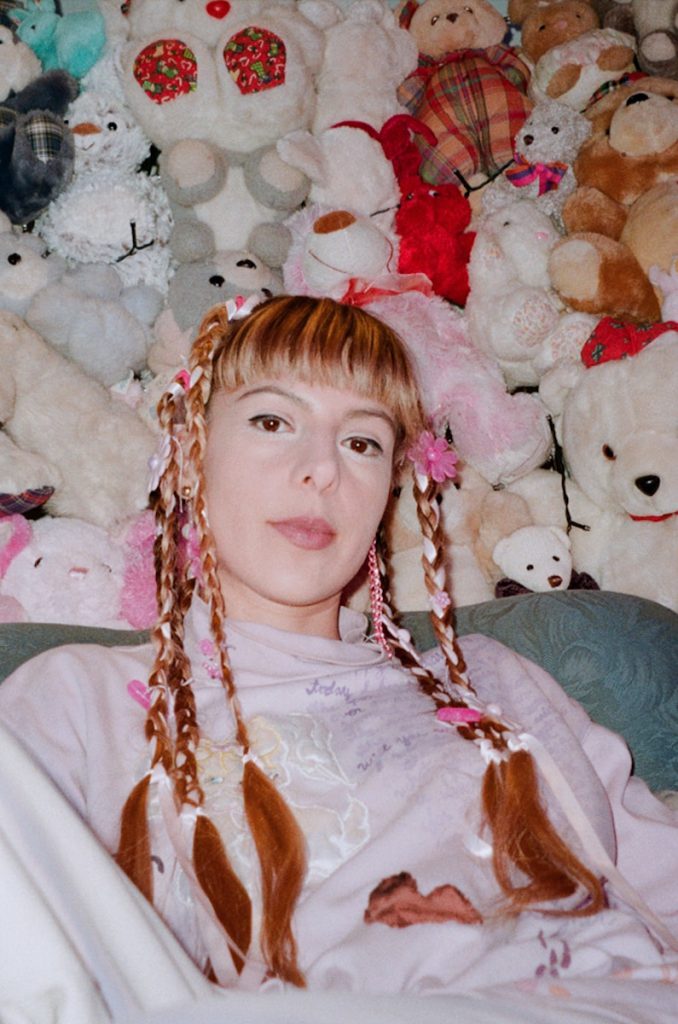 The songs feel quite sentimental. What kind of feeling dominates when you listen to your music?

It’s hard to say but sensitivity for sure. When I hear it, I feel the intensity, and I’m happy it’s in the songs. Maybe, it’s a bit too much sometimes because I hear the sadness in some songs, but that’s okay. I do think that I’m sensitive and do fall in love with people. It’s different types of love. For example, something is happening in a relationship that makes me want to express something. It’s not necessarily about a romantic, love relationship, but it can be a relationship that created something in me that’s powerful.

Some songs like “drop in the ocean” don’t have any vocals. What’s the power of purely instrumental music?

When I’m working with Planet or I’m working on synth loops, I need the music to have a personality. Sometimes, even songs where I put vocals on, I could imagine them without my vocals, and they’d still transmit the same thing. I don’t know if I’m much of a lyrics-person because it’s more important to me how it sounds. My relationship with music primarily is with the melodies and doesn’t need the words. A good example is when you listen to a song in a language you don’t speak. You can be very touched, but you don’t have an idea what the person is saying. I love to make instrumentals, and it can be perfect as it is. 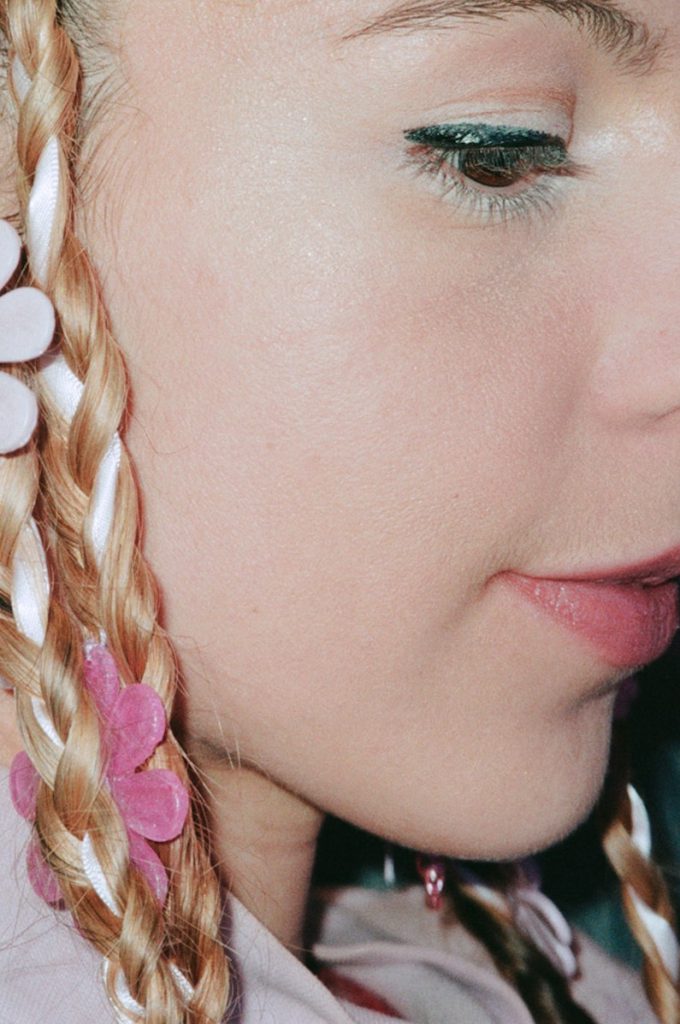 To conclude our chat: you’re part of the PC Music family. How would you introduce PC Music to someone who isn’t familiar with the label?

I will try to speak from my point of view, how I feel I fit with it, and what attracted me to this label. My absolute favorite project was definitely Hannah Diamond because her personality is full of love, and you hear that in her songs. For me, there was a real sensitivity that touched me, and I can’t understand people who thought Hannah was a joke. I took it very seriously, and that’s what it is: it’s a really serious project. The stuff she sings about is very genuine, and I found it very courageous to use these codes of mainstream pop and be very smart about it. It’s amazing how much time she has spent on imagery and the whole concept.

I can’t think of a lot of other labels where artists put so much into what they do. There’s an independence and confidence even though there aren’t massive budgets. We want to do something great, so we have to learn to do a lot of things ourselves. How I relate to it is trying to have the best outcome possible knowing that it’s still an independent label. It’s interesting that there are a lot of new artists on the label that are doing that, create their world, and are super involved in it visually and musically.

He absolutely is. He is such an inspiration for me because you can tell that he takes it very seriously. Not in a bad way, you know what I mean. He’s so generous and Charli XCX is exactly the same. They both try to create as many artists as they can and try to help other artists to do that too. When they like you, they’re going to help and encourage you but also try to offer you a platform in some kind of way. A.G. and Charli are so passionate about what they’re doing, and you feel that they’re not doing it for money. I’m so happy to be part of PC Music.

caro♡ will release new music soon soon. Her new single “heart in 2” is out now.