Flo Windey is undeniably one of the biggest online revelations Belgium has known in the past few years. Starting out as Snapchat queen for radio station Studio Brussel, she quickly moved on to become one of the biggest voices on sexuality, identity, and society. Things have been moving fast after getting her own talk show on TV, presenting a radio show for students, and countless online video series. And let’s not forget about the nearly 70.000 people that watch her every move on Instagram. All these things beg us to question: who is the girl behind the screen? It’s time to dissect Flo Windey on the autopsy table, just like she’d love Scully to do so.

To identify who Flo Windey is, we went the opposite way: buh-bye signature brown hair and cute face, hello bleached brows and red wig, how are ya? “The thing with the whole look … It was totally out of my comfort zone. It was scary, but I was like: ‘Let’s do it!’ When make-up artist Lili was done, I was like, ‘WHO IS SHE?’ The red hair does something with you. I can’t explain it, but you feel like a bad bitch. Same with the fake nails. I couldn’t move like I normally do; I couldn’t even pick up my phone. For a second, I felt like the hottest piece of shit in the room. It was powerful to see a completely different version of myself that I normally wouldn’t dare to explore. But everything fell right into place.” 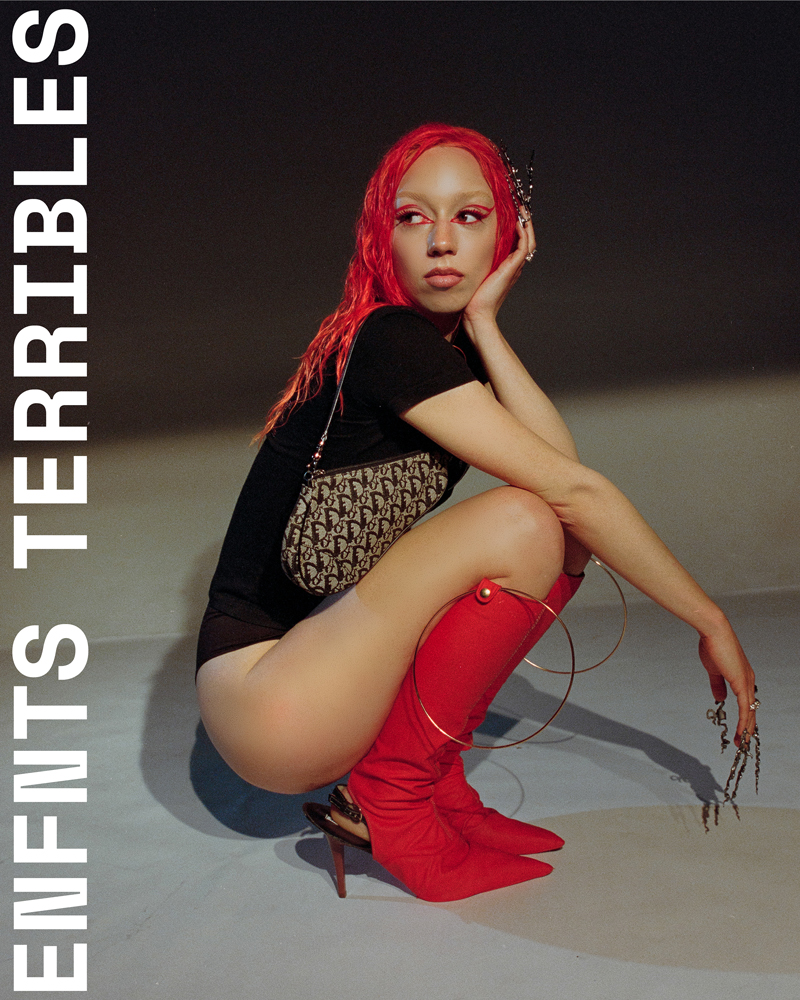 As free as she feels now, it took Flo a while to come to a point in her life where she would stop caring about what people would think of her online appearance. “I used to think a lot about what people were thinking of me on social media. ‘Oh, this picture didn’t do well. I don’t look good; I have to be funnier…’ I was always trying to one-up myself, to reach my idea of what success encompasses, but social media doesn’t have to be a parameter of success.

Same thing with my looks: I can obsess about a pimple or my nose or anything. I can be upset for a moment, but I learned to let it go. Fuck people who always look good on Instagram. You can’t always look good. That’s why I’m cutting back on using filters, for example. Or just the fact that pictures are always ‘planned’. You could be having an amazing moment with friends and capture it as it happens and just post it instead of planning it. That’s why I like that nowadays a lot of people are doing photo dumps. Like showing people what your day or week looked like.

We used to post random shit in the early days of Instagram. Like the sky, your food, or something random. And I feel like we’re kind of going back to those times. I like that. I just share things I think a 50-year-old mother would share on Facebook. Like, I think my friends would want to know that I went for ice cream with my besties, you know? It’s a nice switch to flip in your head. You just update people about your life and not about the latest beauty shizzle or anything. It’s freeing.” 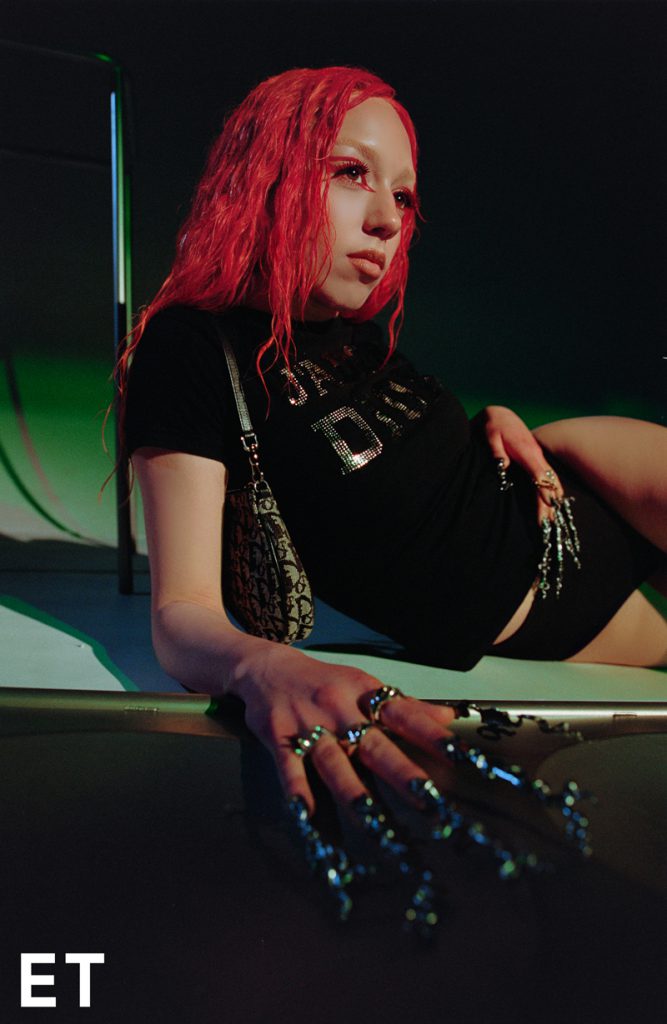 At least I did it

Undeniably, Flo has the ability to make an impact on the people that follow her on social media. But how does she feel about it? “What I like to hear is when someone tells me that I make them feel understood. Because of things I talk about or share. Or, you know, maybe even this shoot. Where people can recognize themselves, learn how to express themselves, or get to know a new side of themselves. Regardless of how uncomfortable it is to not care about what people are going to say. For example, I showed some pictures of this shoot to friends, and they were like, ‘It’s cool, but it’s not you.’ But if I’d just bleached my brows and got red hair, it would just be me, right? And even if the brows failed and looked horrible, the biggest takeaway would still be: at least I did it.”

You wouldn’t think some bleach and a wig could make an impact, but it certainly did for Flo. “A few weeks after the shoot, I had been wearing face masks a lot because of work, and my face broke out. And I didn’t feel like covering it up with make-up or putting a filter on it. So I just posted a picture of my skin, and it was so freeing. Doing this shoot made me think, ‘Fuck it, let’s go with it!’ It was so empowering.” A big lesson, Flo admits, after struggling with it for years. “I have struggled with getting validation from online strangers. It feeds a need for self-affirmation I didn’t know I had. It was confronting to realize that, but I learned to not do things for a bunch of people online, but to do them for me.” 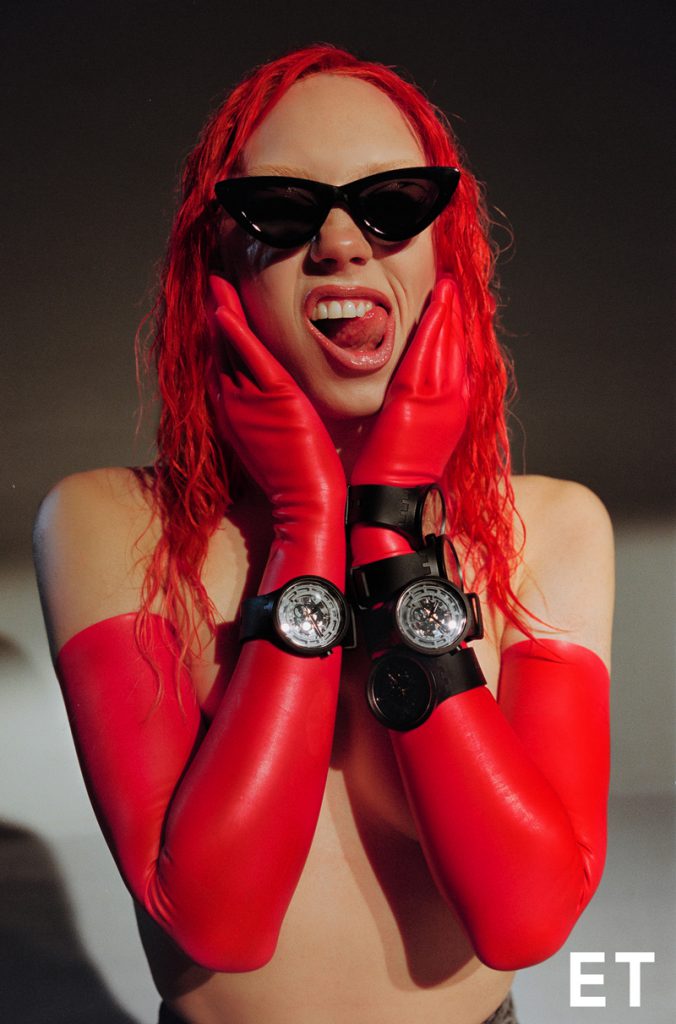 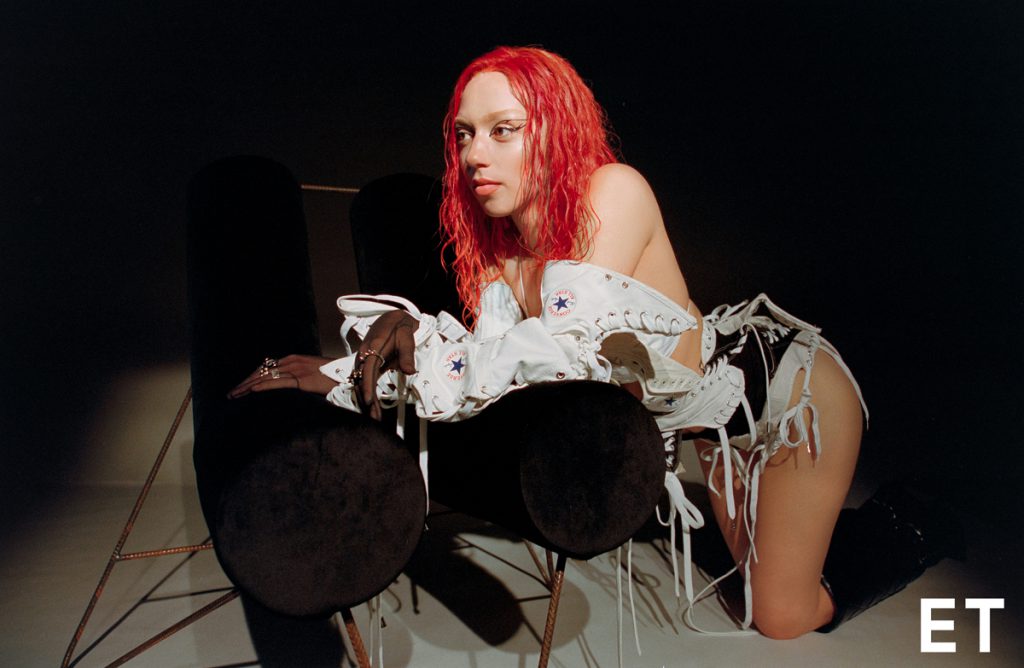 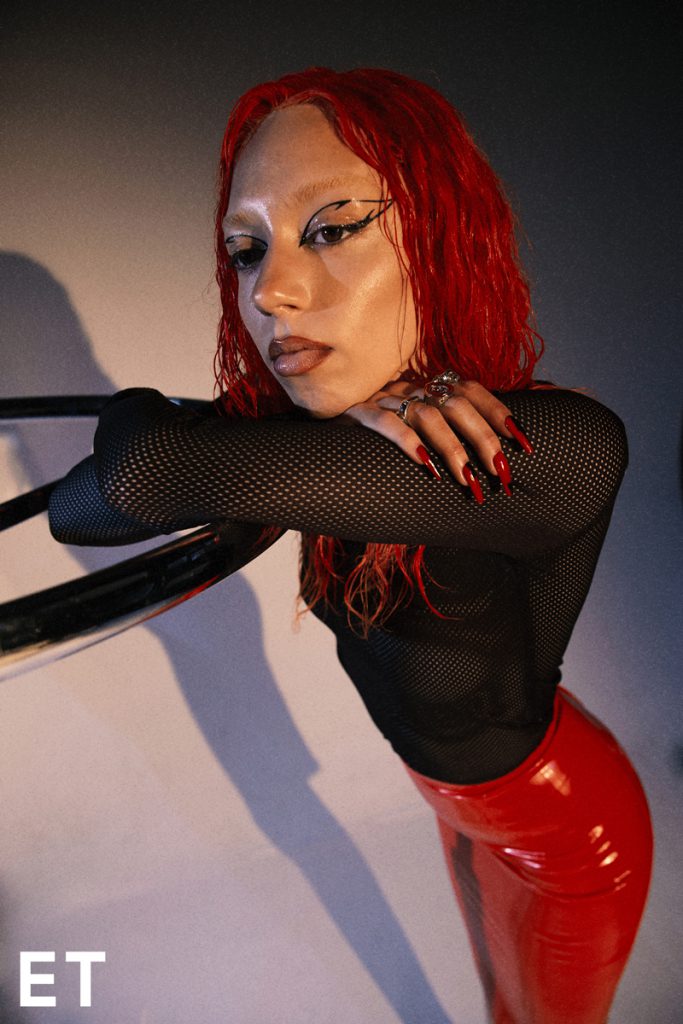 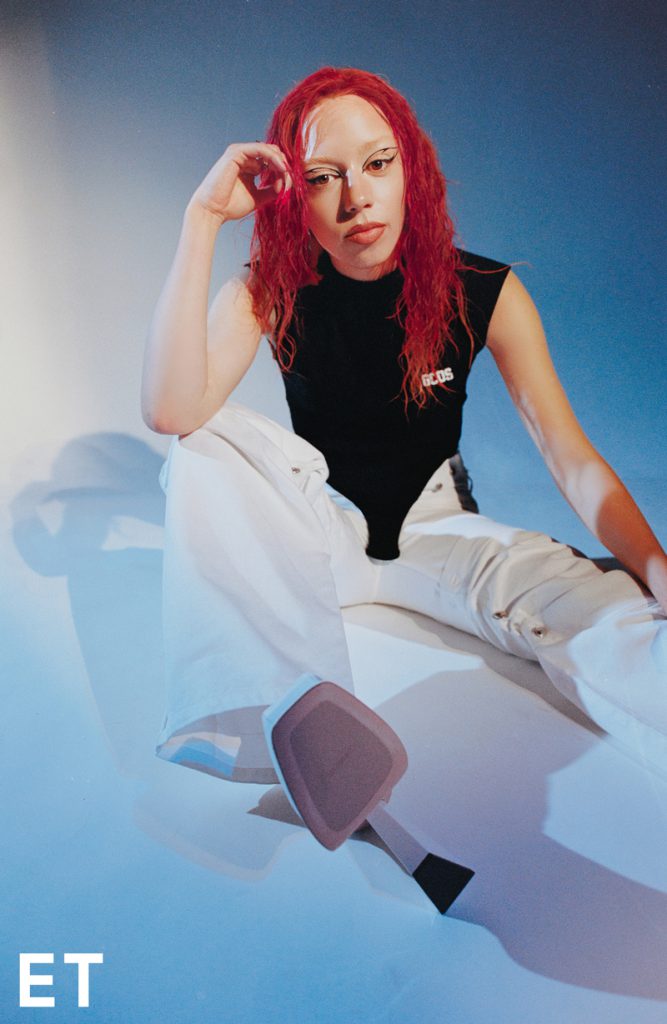 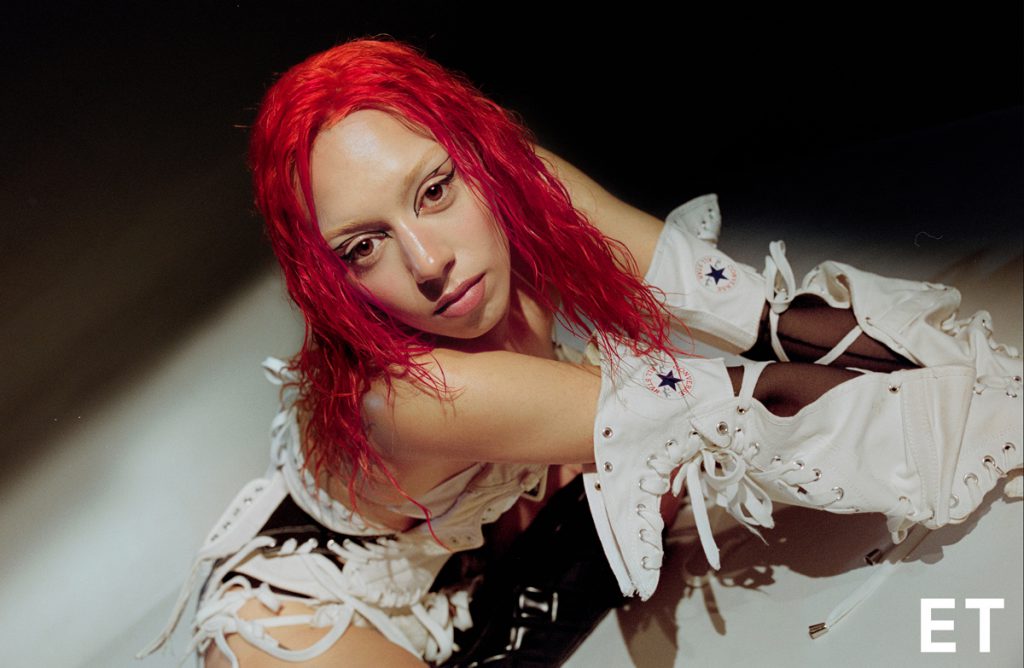 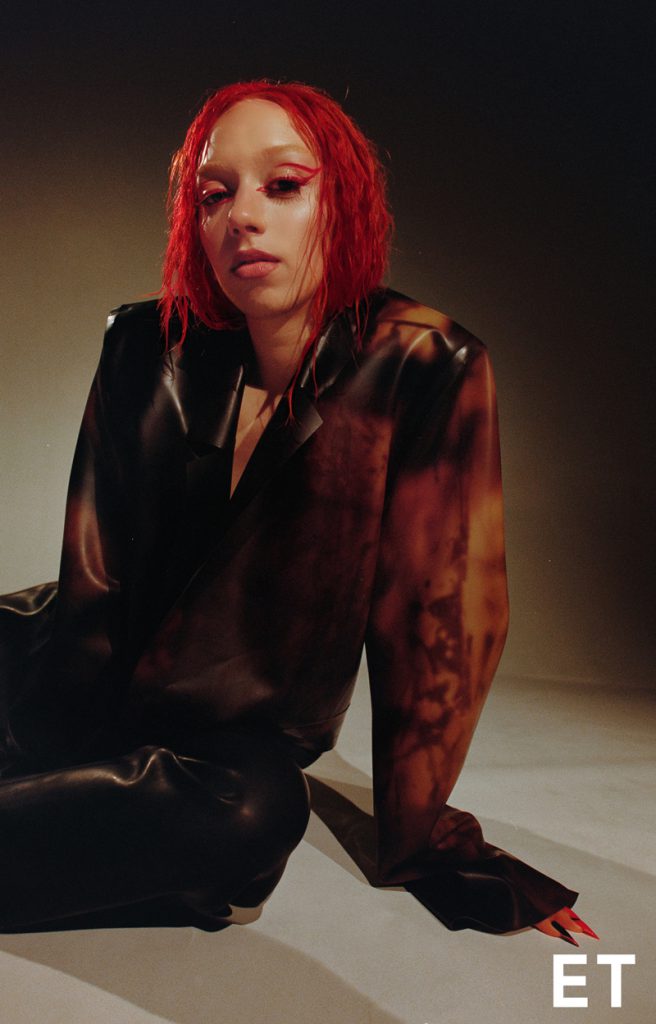 Special thanks to SWATCH!

EDITORIAL: Sloggi Collaborates with 032c Workshop Comfortwear is still very much in, as the collaboration between 032c WORKSHOP and Sloggi proves. 032c’s Creative Director Maria Koch… 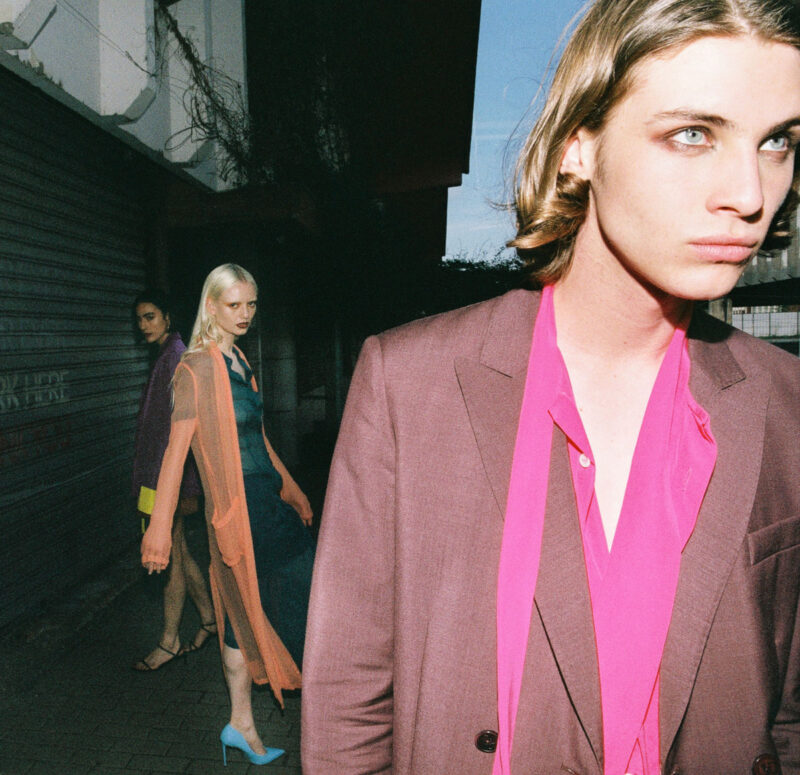 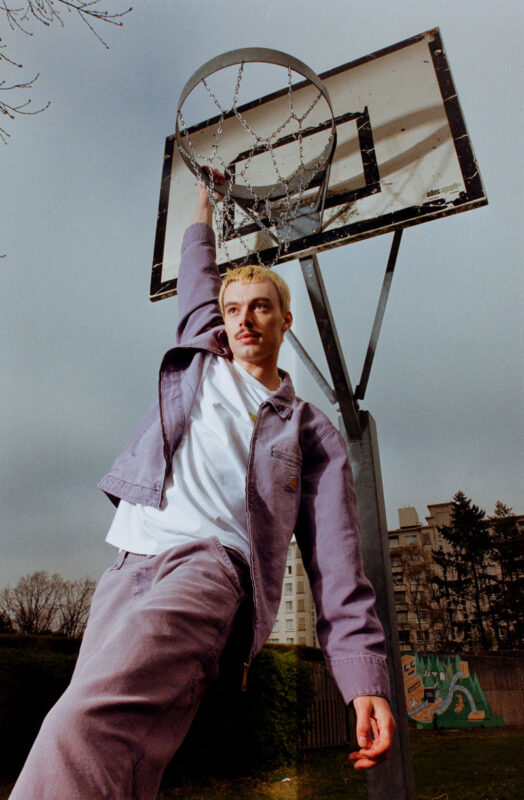 We Created a Campaign for Zalando Streetwear and This Is What It Looks Like With ENFNTS TERRIBLES Studio, we do productions for brands and other platforms than ENFNTS TERRIBLES Magazine. This time, Zalando asked… 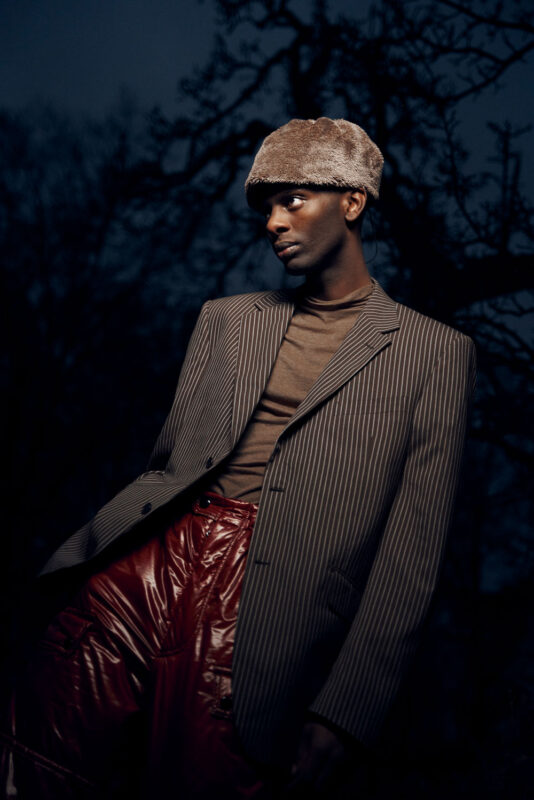