The last couple of weeks must have been both joyful and stressful for Noémie Wolfs. The Belgian singer has been working almost three years on her new album ‘Lonely Boy’s Paradise’ and took her time to get every detail right. With a new, fresh sound and new goals, her second album is surely her most personal and important project to date. After a long, but exciting, promo week with lots of interviews and performances, we visited Noémie at home and had a nice chat while laying in bed.

Lonely Boy’s Paradise isn’t an album that was ready within weeks, but was a long process of working on songs and arrangements. “When you work so hard on something and you’re working so closely on such a project, you start to hesitate about if it’s still good. Or at least, that’s the case for me,” says Noémie when we asked her if she’s happy that it’s out. As she’s been working for a couple of years on this project, the songs are far from new for her, so seeing and hearing the reactions of people that hear it for the first time, made her very excited. 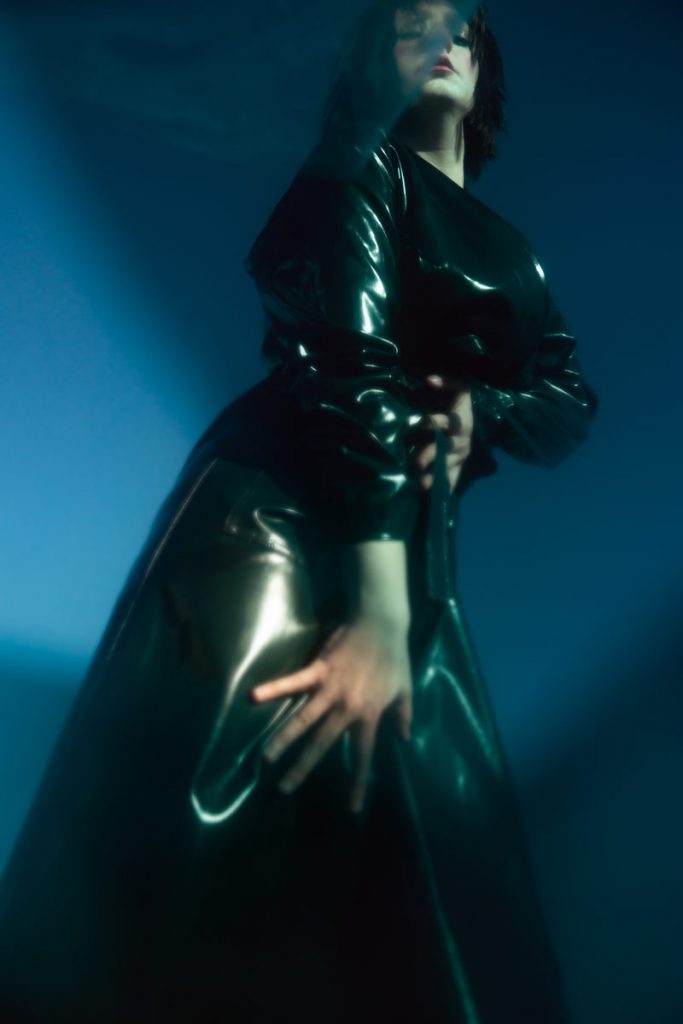 Not ‘first the best’

After the release of her solo debut Hunt You, Noémie was looking for new paths she wanted to walk and kept her eyes open for multiple options. Initially, the release of her second album was planned way earlier, but halfway through the writing process, she took the difficult decision to re-start from scratch. Talking about it, Noémie says: “While working on the songs, it was clear that the people I was working with, wanted to push me in a certain direction. One I didn’t connect with.”

Since she celebrated big successes as the singer of the Belgian group Hooverphonic, producers always had the urge to make something similar, but the singer always loved playing with contradictions in music and wasn’t shy to get out of her comfort zone. She wanted to make albums music lovers will still listen to in 10 years and didn’t want to make an album that felt like a snapshot. Which was the perception she had about the first seven songs of her first album, that made her realize she wanted to make something completely different.

A new generation of music

For the album, Noémie finally worked with the upcoming producer Yong Yello, who also produces for the rapper Glints. Inspired by his hip-hop background, Yello used an impressive amount of samples for Lonely Boy’s Paradise, which is the first album he ever produced. His creativity is insane and shows that there couldn’t be a better person to produce the album. For Example, “Love Song” has a sample of an old Congolese jazz-song from the 1930s and they even tried to involve Joske’s (Noémie’s French bulldog) barking in a song, which didn’t end up on the album.

Using samples brings a totally new approach to writing songs. “We started looking for things we liked on his computer and built a song around the sample we all agreed on,” she says when asked how they searched for the best sample. In the end, it all came out very experimental and adventurous and that’s what makes the album stand out. Adding why Yello was the best producer for the project, she says: “Yello really understood that I don’t want a standard pop production and we wanted to do something people don’t associate me with.”

The music industry has changed a lot in recent years because the creative world isn’t as financially stable like it was twenty years ago, but the end isn’t near. The new generation of producers is doing amazing things, even though it’s more difficult to succeed, while accomplished producers more often don’t even give it a try. That’s something Noémie has witnessed while working on the album, “The producers I originally worked with really set boundaries instead of giving me space to grow. If I want to make a metal album tomorrow, I’ll sure make a metal album! I want to be free with the music I want to make and that’s what I really like about this new generation. Everything is possible.” Referring to Stromae or Billie Eilish, as great examples, she makes clear that you don’t need big beatmakers or crazy studios anymore to become a worldwide phenomenon. 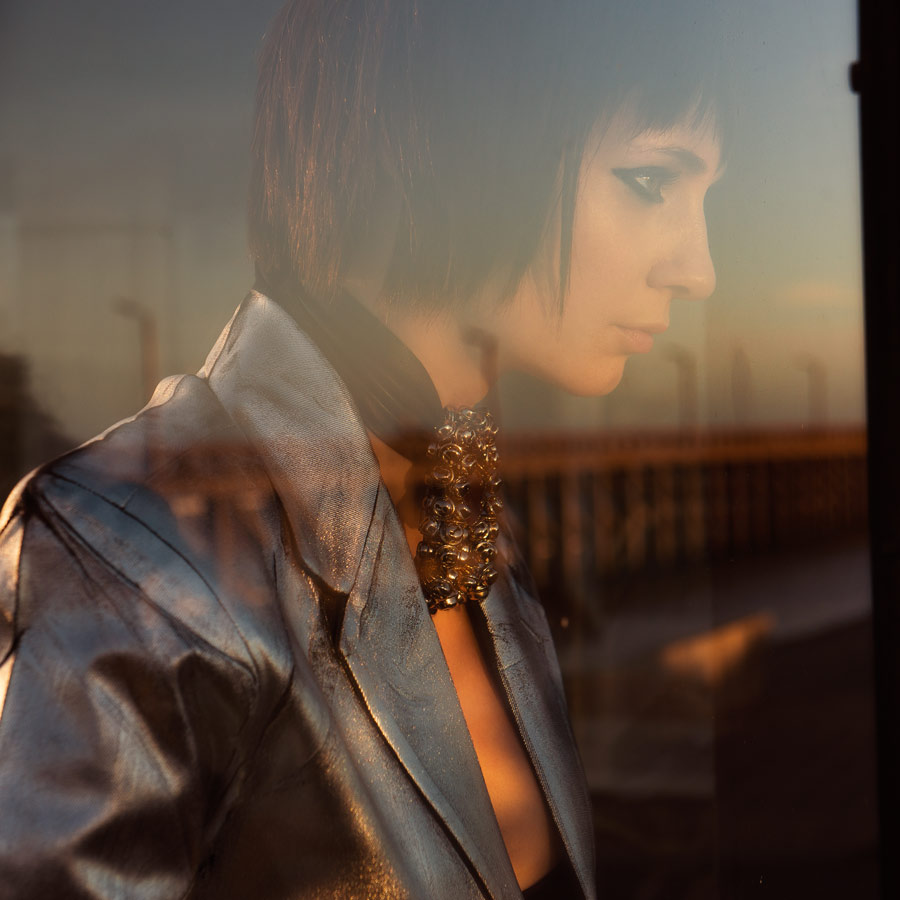 Even if MTV and Viva belong to the past, artists still have a big desire to translate their music into visuals. The same goes for Noémie. She already released two music videos for her new album and still has plans for some more. “We always start with big, crazy ideas and end up with the best realizable concept. For us, it’s important to start very ambitiously and then go back to the core,” she says about developing the ideas behind a music video.

Noémie has gathered a creative team around her, she completely trusts and wants to keep collaborating with for future visuals. After “On The Run” and “Wake Me Up“, there’s the intention to make a clip for “Lonely Boy’s Paradise”, which is the title track of the album. “I think it’s a very visual album and music videos are still a good way to reinforce the meaning of a song.” Apart from having an idea, you need a budget when creating visual art, but that’s the challenge that makes it exciting for Wolfs.

“It’s not always because you get a budget of a million dollars, that it looks like a million dollars. When you have a budget, people automatically start to throw it around.” Because the budgets for the new visuals are quite tight, it was necessary to make good plans and really stick to them. Noémie likes to work like that because you can’t endlessly try new things. You have to make decisions and trust your gut feeling.

Social media platforms like Instagram bring a lot of pressure and anxiety and Noémie is sure that she wouldn’t have social media anymore if she wouldn’t be an artist. “When I’m posting something I’m really proud of and it doesn’t get the number of likes I hoped for, I’m really sad about it because it feels as if people don’t recognize your hard work.” Noémie has the feeling that it doesn’t revolve around creativity anymore and that algorithms almost oblige you to create a sponsored post in order to reach all your followers.

Another downside of social media, according to the Belgian singer is that social media facilitates bullying and hatred. One of the worst examples of this, in Noémie’s eyes, is Donald Trump. “I find it disturbing that people tolerate the fact that Trump insults the LGBTQ+-community or other minorities. I totally understand that we all have freedom of speech, but insulting people is on many levels wrong,” she says to make her point of view clear.

Having social media has advantages too, because it helps you to connect with a lot of people in just a few clicks. Noémie found the graphic designer of the album artwork Boris Peianov on Instagram and just DM’ed him. “People are not unattainable anymore and the borders of the world are open. It’s also nice to see that there are many people, especially from the newer generations, that want to have a positive impact on our society and take matters into their own hands.”

Now that the album is out, Noémie hopes that she’ll be playing lots of shows, “I would like to perform a lot this summer because it’s my favorite thing to do. My team and I have worked extremely hard to create a good show and hope we’ll be able to do some festivals in Belgium and abroad.” It’s amazing to see and hear how proud Noémie is of Lonely Boy’s Paradise and how happy she is to have an amazing team around her. The total concept behind the album release was a long process but it’s paying off. The reviews are amazing and we fell in love with the album.

‘Lonely Boy’s Paradise’ is out now.