Donna Missal: “My Next Album Will Be Totally Different”

The American singer Donna Missal is a musical genius. With her poetic style of writing songs, her soul voice and her huge passion for what she makes, she’s definitely an interesting singer. Our date couldn’t go ahead as planned, because Lewis Capaldi (who Donna is opening for) was ill and cancelled his performance. Luckily we had the chance to call her while she was on her tour bus.

Last year, your debut album This Time was released. What changed in the past year?

Oh my god, everything! It was my first album, so there was so much anticipation and work that went into it. Once it’s out in the world, it’s all about trying to share it as much as possible with as many people as possible.

I’ve spent the last year touring as an opening act, had my own headline tour in the States and visited places in different countries for the very first time. This is probably the last bit of promotion I’m doing for this record and I’m really excited to be on this Lewis Capaldi tour. I see so many new places through performing songs of my first record. It’s been quite a year and I’m so proud of the record, because it took so much perseverance to finish the album. I’m so grateful to have had the opportunity to be the kind of artist that could make an album, because it’s somehow becoming a rarity. I want to make albums for the rest of my life, so I’m excited for the next one. 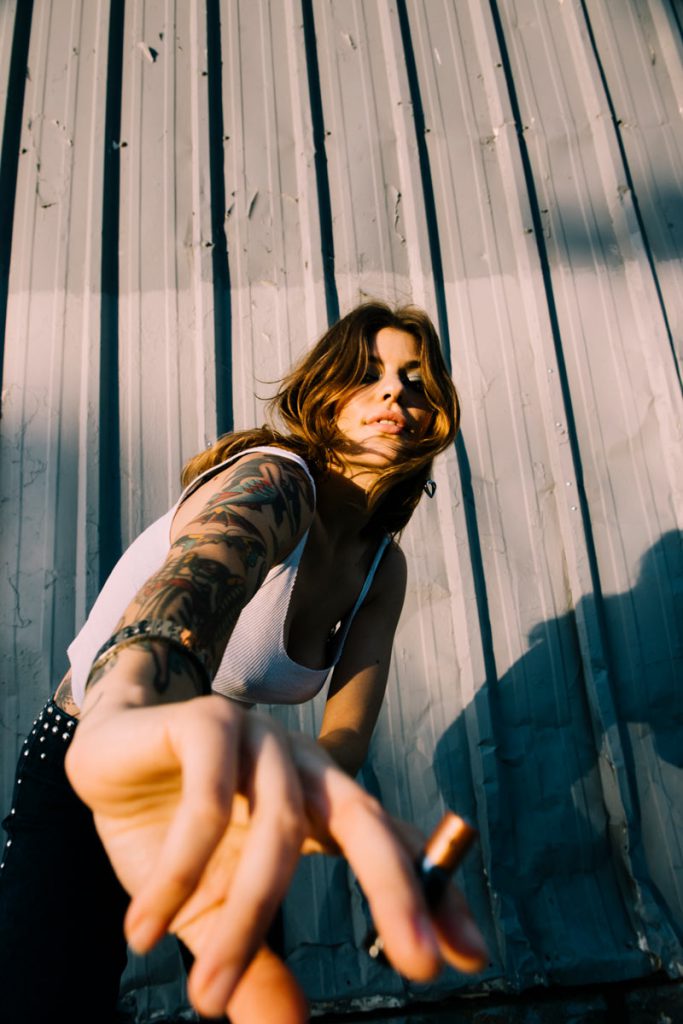 What’s the concept of the album and what’s it about?

This Time is written over a few years and I was writing it while I was trying to figure out who I was and what I wanted to be or pursue. When I began writing it, I thought I was meant to write for other artists and I’ve been saying that for a long time. The album came together over a long period of time and I feel like I figured so much more out about myself than I intended to. The album ended up being this curation of songs that meant something special at the time that I was writing them.

I really wanted to focus on that theme of “time” and the importance we put on the concept “time”. It’s also about how important it seems to be for everyone universally and I thought it was interesting that, as I was making the record, I was running out of time and really discovered so much about myself. The idea of running out of time is not real and doesn’t exist. Time is really what you make of it. Those are the things I wanted to talk about on the record.

The album opener “Girl” is one of our favorites of the record, because you’re very critical towards our society that forces women to compete against each other. Is that something you’ve witnessed in your career as well?

Absolutely! Since we’re little kids, we’re told about this vital structure between men and women. Where there are only a few positions in our culture of importance and power that are given to women and if we want one of these positions, we have to compete against the women next to us. Since I’ve been making and releasing music, I’ve seen this massive cultural shift where women are changing that conversation and I’m so inspired by that.

The album is now a year old. How did it age in your opinion?

To be honest, I don’t listen to a lot my own music. I’ve been listening to my songs recently because we’ve been playing them live. But I just try not to think about what I’ve done and try to think more of what I want to do.

You’ve already written over a thousand songs. Why did it take so long before you released the full project?

Because they weren’t good and mostly bad (laughs). I think I have to write a hundred bad songs to have one good song. I’m very critical of myself and my work and I’m sure I would change some things on my album if I could. I was trying to choose songs for this record that were really reflective of what I was feeling and how I was feeling at the time of making the record.

I think it’s still important to recognize your own work for what it is and I don’t have any issue saying that I made a ton of bad songs. Being critical and having a good eye for editing is not bad. I’m not perfect and nothing I do is perfect, but I know when I’ve done something that has enough feeling behind it that I feel other people will resonate with. I’m constantly writing because I want to keep that tool really sharp, so lots of songs end up in the graveyard.

Since you’re already writing new songs. How far are you in the process of making a new album?

I think that if I would sit down right now, I would be ready, but I’m very self-critical and self-analytical. While I’m on tour, I’m going to be sitting with all the songs I’ve already written and have a look at what I’ve been working on. I plan to get in the studio as soon as I get home and I’ll be ready to make an album. I’m really excited, because I’ve been listening to a lot of inspiring female artists and I’m so motivated for the recording process.

Do you already know what direction you’re going for? 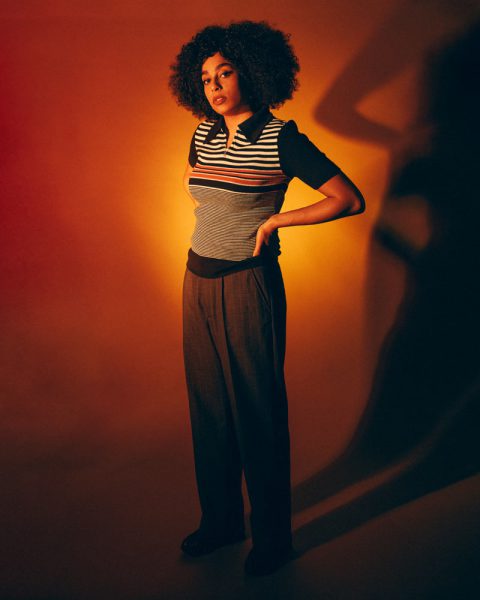