The coronavirus made the music industry collapse and challenged artists and labels to find new ways to connect with an audience. Livestream concerts became a thing but only a few managed to capture the live experience like Dua Lipa’s impressive ‘Studio 2054’ show did. The 70-minutes-long show was one for the books and was by far the best livestream show we’ve seen so far!

In a warehouse just outside London, Dua’s team built a giant set that serves as the perfect scenery of Future Nostalgia’s first live performance. Studio 2054 was announced as an extraordinary show with many surprises, and they didn’t lie!

Dua’s second album has confirmed Dua’s status as pop music’s upcoming superstar and shows the growth of a once-in-a-lifetime artist. The title track of Future Nostalgia was the perfect opener of the incredible entertaining live stream and set the bar high for the night with its overwhelming intro. The quirky and groovy performance was followed by Dua’s new superhit “Levitating”, which shined even brighter thanks to its infectious bassline that made us dance in front of our screen.

Together with her new live band and four backing vocals, Dua took her songs to the next level and made them sound even more playful. The studio version of “Pretty Please” was already seductive, but the live version was even more convincing and appealing. 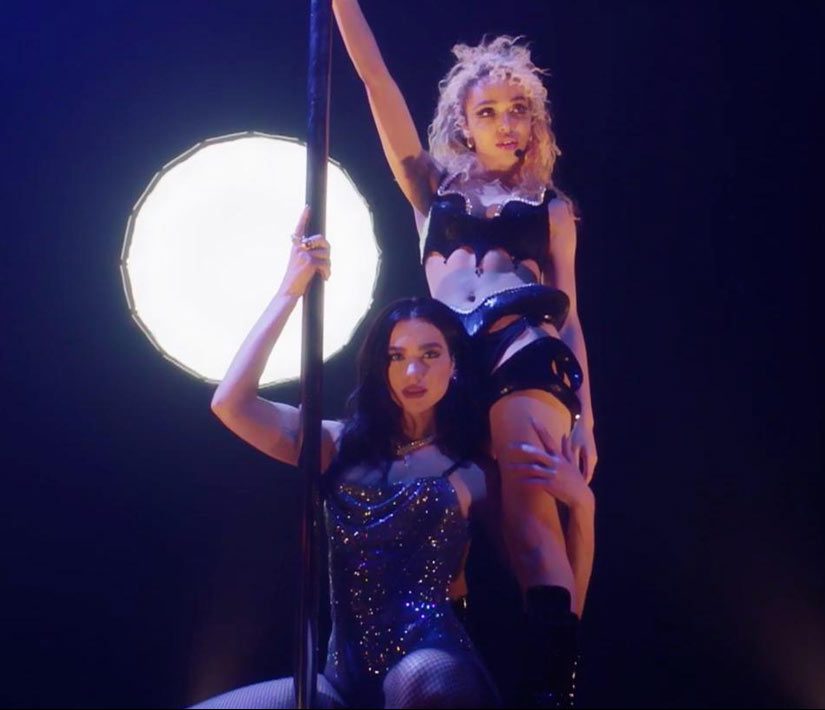 Everything about Studio 2054 looked splendid, but can we talk about the outfits? Dua kicked off the show in a white bodysuit with fringes and some glitter details, but changed her outfit right in time for “Break My Heart”. In a glitter bodysuit that was probably made by Versace and a Bvlgari necklace, she looked fucking fierce and slayed every second in front of the camera.

A bit later, she rocked something that looked like another Versace look with Puma sneakers balancing out the whole look. The best was, however, saved for last with an incredible black skin-tight bodysuit with diamond-details. We were simply in love with the looks she’s been serving.

The lineup of Studio 2054 can be described as FUCKING LEGENDARY! British superstar FKA Twigs was the first to appear and made our jaws drop with her stunning pole-dance stunt during their unreleased collaboration “Anymore”. A bit later, Dua was joined by J Balvin, Tainy, and Bad Bunny on a screen during the first live performance of “UN DIA“, and we got an exclusive video of her Miley collab “Prisoner”.

“Fever” was definitely one of the many highlights of Studio 2054, since her fans have been looking forward to the first live performance of Dua’s new smash hit. Belgian pride Angèle didn’t only look angelic, she had amazing chemistry with the global superstar and sold the song as a real pro!

Pop royalty Kylie Minogue joined Dua and Beck Butty behind the desk for an exclusive performance of her song “Real Groove” and Dua’s song “Electricity”. Eventually, the legendary Sir Elton John took place behind his piano to sing “Rocket Man” while Dua prepared herself for the finale. 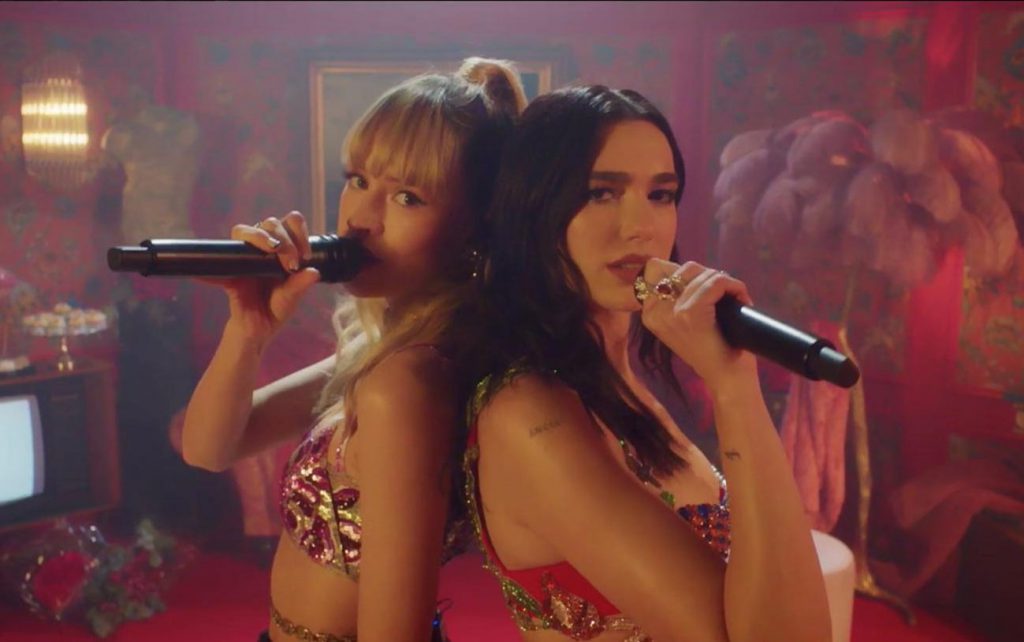 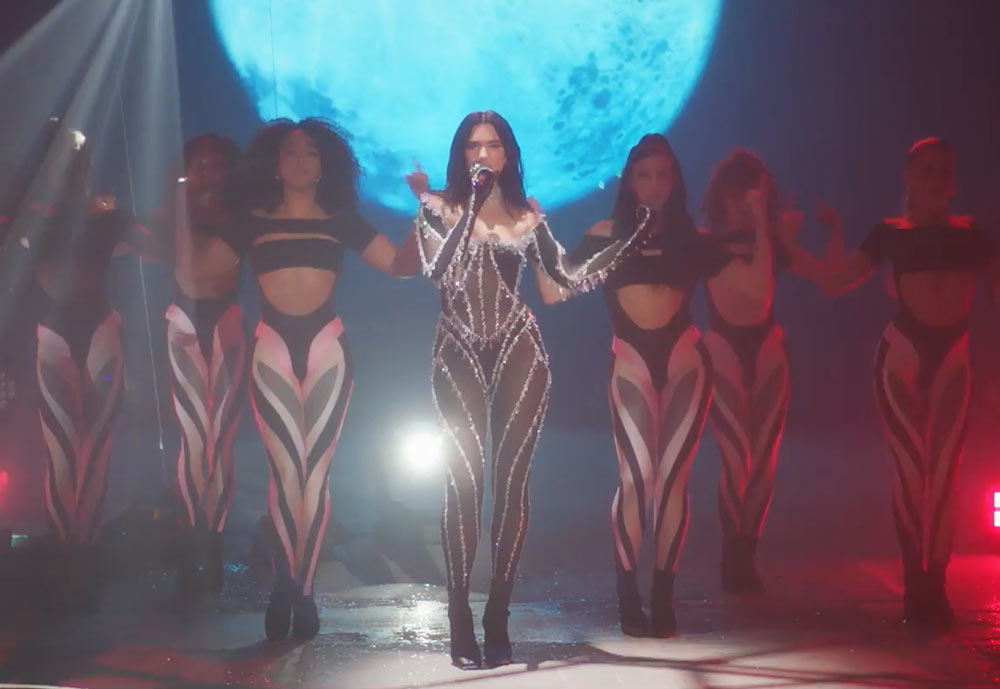 From meme to queen!

The eye for detail in this live stream elevated the whole experience to a different level. “Physical” was sexier than ever before, “Cool” had a certain edge thanks to the raspy vocals and the rollerskaters, and the “Boys Will Be Boys” mash-up with Gwen Stefani was an exciting plot twist. Everything was so well thought out but the playfulness kept it fresh and thrilling.

The finale of Studio 2054 was, as expected, the icing on the cake. “Hallucinate” pushed itself forward as a future number one and the electrifying staging underlined the euphoric vibe of the show-highlight. “Don’t Start Now” was the climax of the highlight-packed online concert and was the perfect ending to the hair-raising live show. Dua really went from meme to queen, and we can’t wait to experience this album in real life on her Future Nostalgia Tour next year!