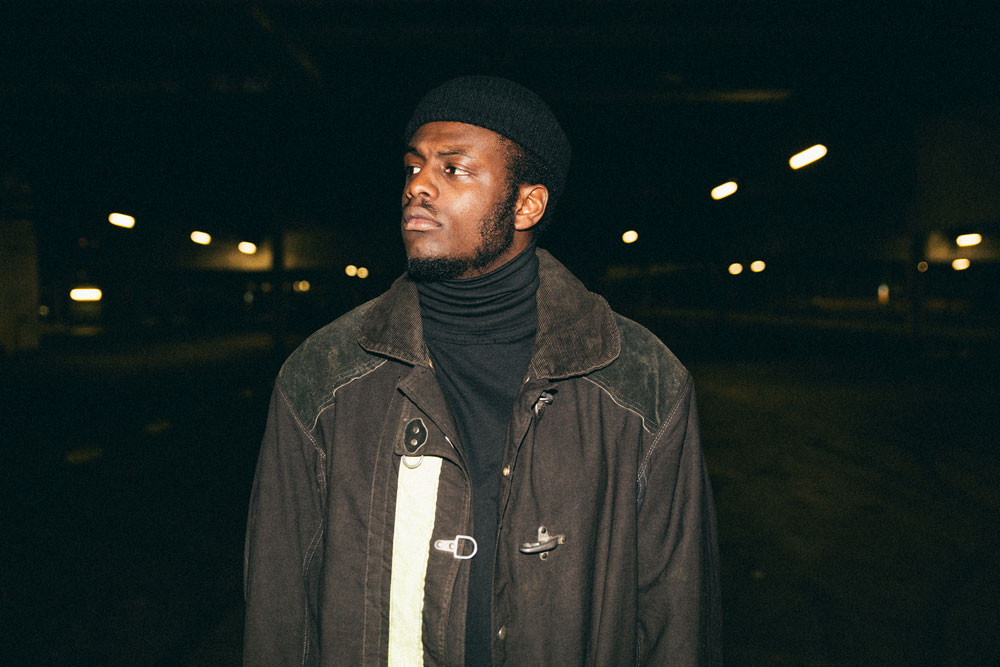 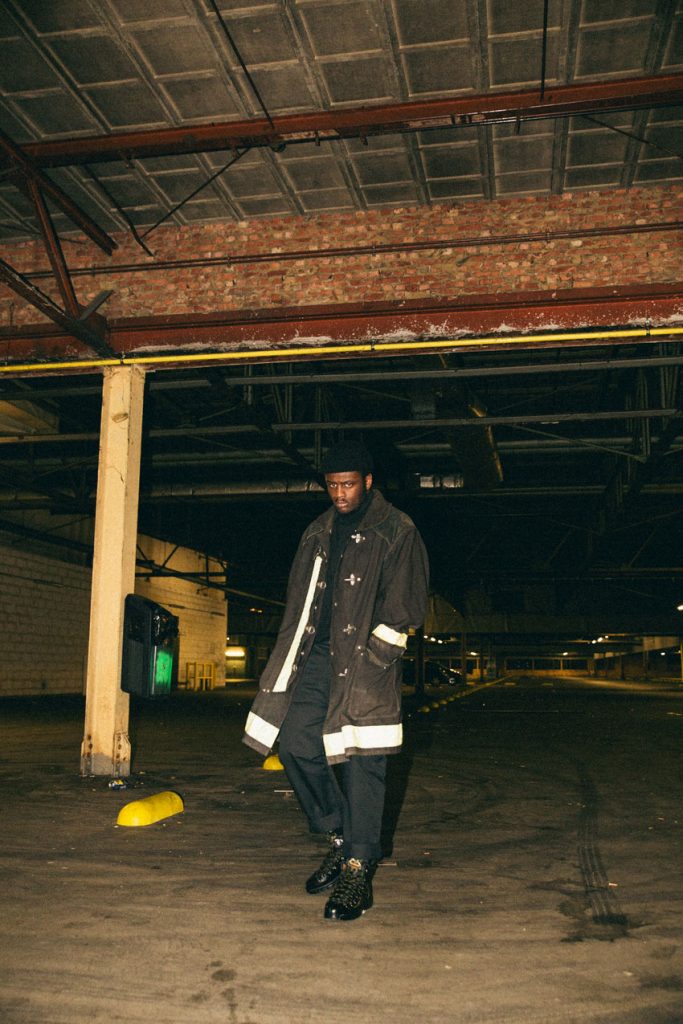 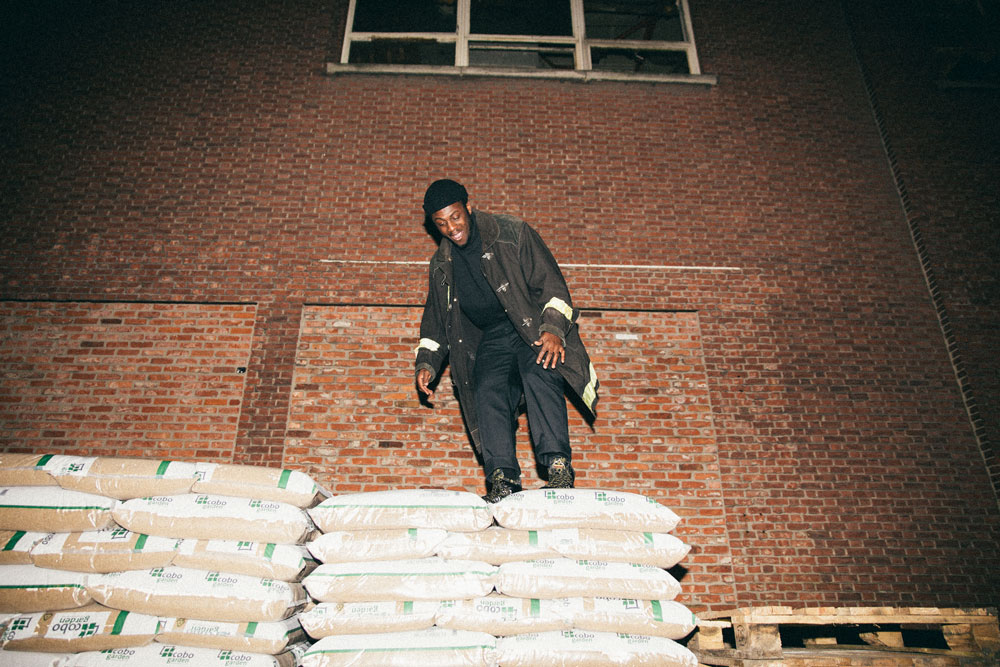 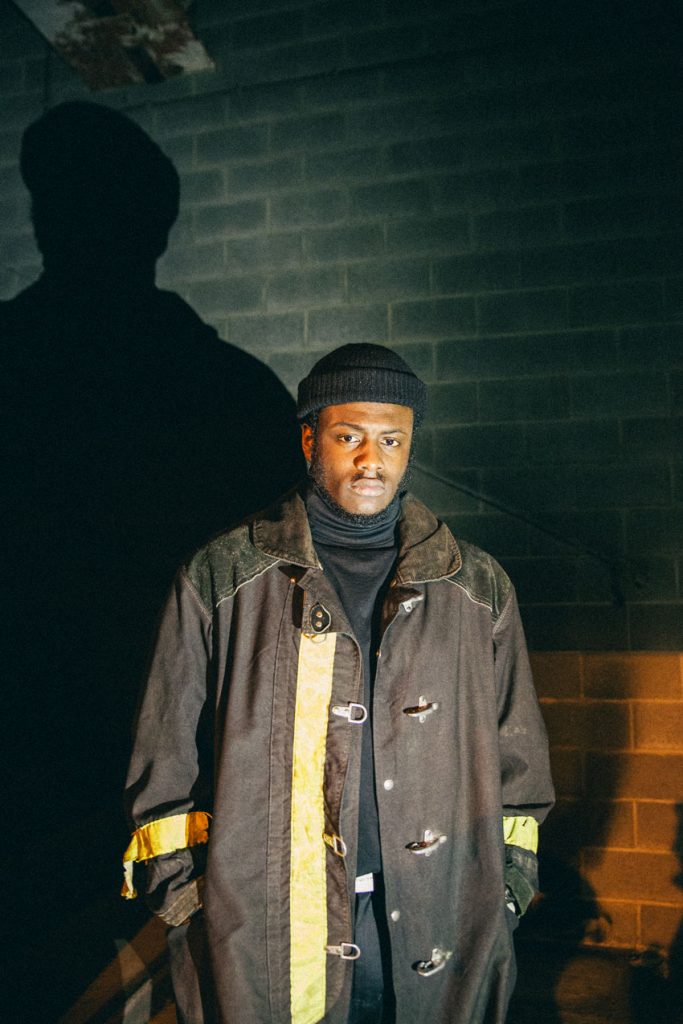 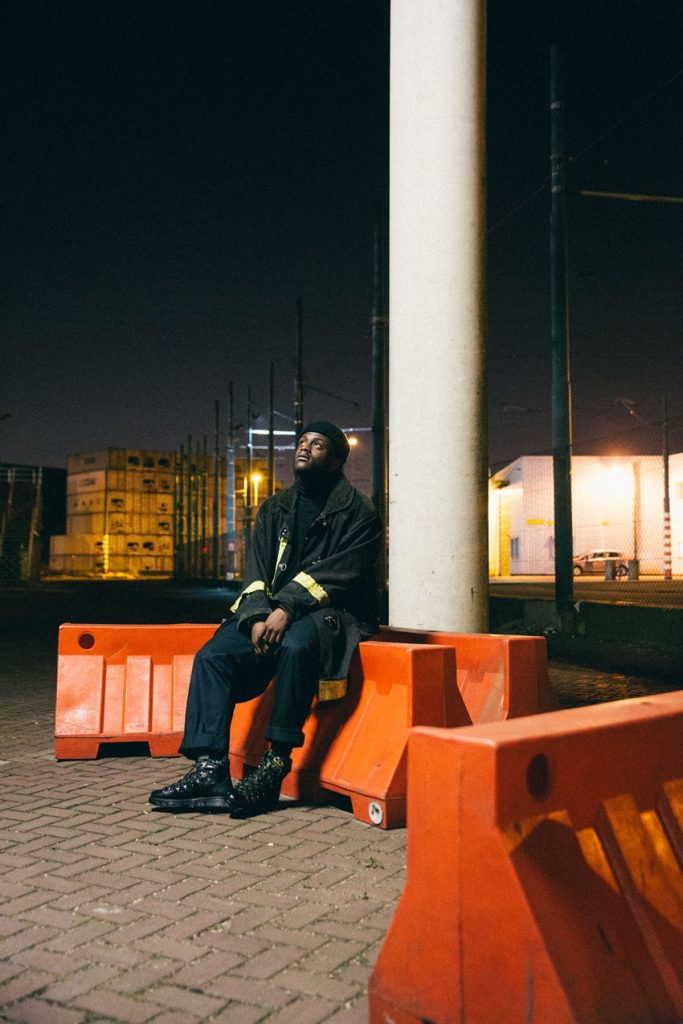 24 year old Belgian rapper DVTCH NORRIS, born Fahad Seriki, has just unleashed his new single “Playground”. He chatted with us about his new music, new look and poses exclusively in a mini-editorial shot by Kelly Fober. You may know the Antwerp raised MC from his regular appearances alongside that other Enfnts Terribles favorite: singer/rapper Coely. Together they’ve performed at pretty much every festival ever, including Glastonbury, Dour, Les Ardentes and Sakifo. They even toured Japan together and you know once Japan catches on, you’re about to play with the big boys. Time to hear all about it, no?

In this mini-editorial and new music video for “Playground”, DVTCH (pronounced “Dutch” like the language) wears a vintage fireman’s uniform. He explains: “I’ve always loved uniforms and work clothing.

As a kid, seeing my dad come back home from work in his gear was so dope to me. As an artist, I felt like I needed something individualistic about my look. So my stylist Kate Housh and I started focussing on work wear. She contacted multiple firefighters and fire brigades to see what we could pull. Then one day she stumbled upon an American collector selling a worn Janesville firefighter jacket from the 1920’s. I chose that jacket specifically because it has such a story to tell.”

So while DVTCH and his team prepared for the release of his new song, video and look, another Antwerp creative felt inspired by firefighter gear. Hello, Calvin Klein CCO Raf Simons. The Belgian designer featured multiple fireman jackets and gear for his FW 2018/19 menswear show at New York Fashion Week, just days ago. All the while, DVTCH’s video and other accompanying visuals had already been shot. Talk about coincidence.

“This is so crazy man!” laughs DVTCH as we discuss it. “Kate called me at 5 in the morning yelling that the new Calvin show was full of firefighter gear. It’s kinda funny.” Perhaps DVTCH should remix A$AP Rocky and co’s “Please Don’t Touch My Raf” song and switch it to “Please don’t touch ME, Raf”. Issa Enfnts Terribles suggestion. Hey, great minds think alike? Heron Preston, Undercover, Louis Vuitton and Junya Watanabe have all shown firefighter inspired gear in their latest shows. DVTCH was clearly onto something despite the fashion folk beating his release schedule. 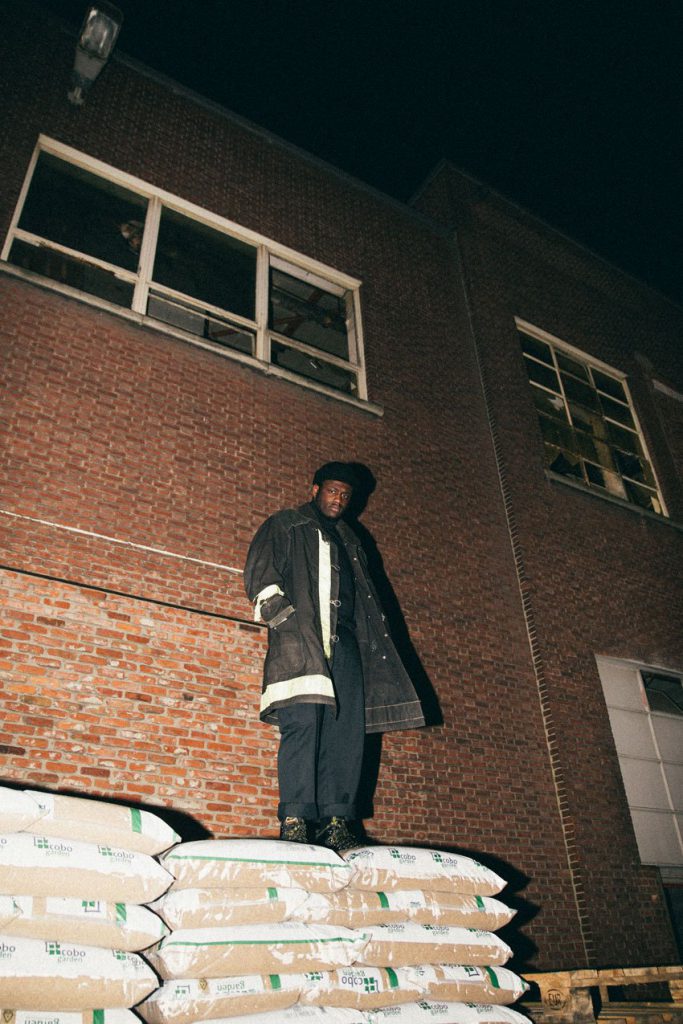 With “Playground” and more music on the way, DVTCH proves why he has opened up for the likes of J Cole, Chance The Rapper, Method Man and Redman.

This is one artist to watch out for and he’s ready to go beyond hometown borders while repping his origins. “Belgium is great. I love where I come from. There’s such a great scene here now, there’s so much happening. It’s a movement.” We’re joining.

“Playground” is out now on Spotify, Apple Music and YouTube.