DYLAN: “I Feel Like the Whole Of Mankind Has an Obsession With Harry Styles”

The tour schedule of the DYLAN is busy but during her gig as support act of Tate McRae in Antwerp, she took some time to talk with us. The English singer just joined Ed Sheeran on his European stadium tour and belongs among the breakout stars of the year with her energetic, rock-inspired pop music. Her debut EP ‘No Romeo’ is the perfect example of why everyone will fall in love with her and has already opened many doors for the rising star. During our chat, we talked about her first steps as an artist, dreaming of performing at Wembley, and how Harry Styles is the perfect man.

That’s a first for us: an artist getting a tattoo during our interview. What are you getting, and what’s the idea behind it?

I picked the design ten minutes ago, and I’m getting a “99” because I was born in ‘99. I couldn’t think of anything else, but I knew that I wanted to get a tattoo on tour because that’s pretty rock’n’roll.

How has touring been so far? You just returned from a tour with Bastille and have joined Tate McRae now for her European tour.

My favorite part of making music is playing live. This is the first tour that I really took a look after myself. The voice has been fine the whole time, which has been so great. I’ve been able to enjoy it as much as possible. 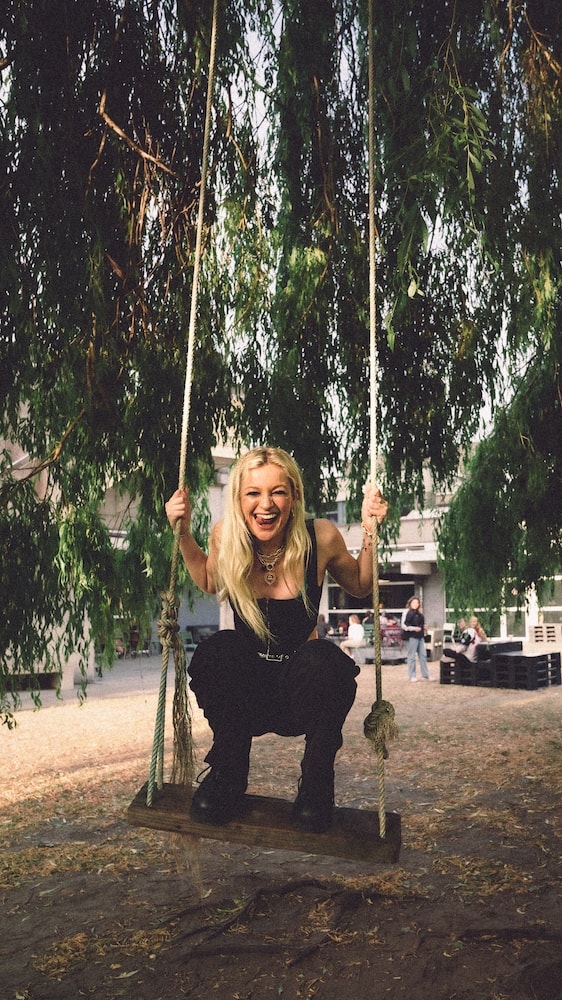 You just announced your tour with Ed Sheeran, which is in a completely different setting. We’re talking about stadiums! Does that bring anxiety knowing you’re going to perform in front of so many people?

My dream, from a really young age, has always been playing at Wembley. That was pretty much my first word. My dad always grabbed me from the kitchen table with my air guitar and me going, “Hello Wembley!” I didn’t think it would happen this soon, and it wasn’t even a question in my head whether it would happen. And now it’s happening. I just wanna make sure I give my everything. That’s where the anxiety comes from. Not from getting onto the stage, but it’s more that I want to be the best I’ve ever been because I don’t think I’ll play there for a while.

Earlier this year, you released your first EP No Romeo. How special was it to release this first body of work?

It was a relief because it took me two years. I’m very quick at writing, but it took me two years to get it right. I was really struggling with my sound and who I was as an artist for a very long time. I was constantly having an identity crisis, and it was a nightmare for my tour manager. Every other day, I was changing my set. Over lockdown, I wrote so many songs so that forced me to go back to the stuff I was writing when I was fifteen. It was so much easier, and it just felt like me. “Nineteen” was the first song that I wrote where I felt that it was right, and we’ve added so many guitars. That’s my childhood: rock’n’roll! Having that out, it’s finally a body of music where I really like the songs and feel like I can perform them hundreds of times without getting bored of it.

On “You’re Not Harry Styles”, you’re referencing everybody’s darling Harry Styles. Where does your obsession with him come from?

I feel like the whole of mankind has an obsession with Harry Styles. It was more the fact that he should be the standard for men. He’s so nice—I’m talking like I met him—he’s gorgeous, and he’s writing amazing music. That should be the standard, and you should accept nothing less than a Harry Styles in your life. That’s where the reference comes from. The song actually isn’t about him but about my ex. I’m just comparing him to Harry.

Do you know how your ex feels about your songs as he’s been the inspiration for many songs?

Yeah, from what I’ve heard, he really enjoys it. I think he quite likes the fact that there are songs about him. It adds to his ego, which is probably not a good thing. But there we go, making money off him. (laughs) 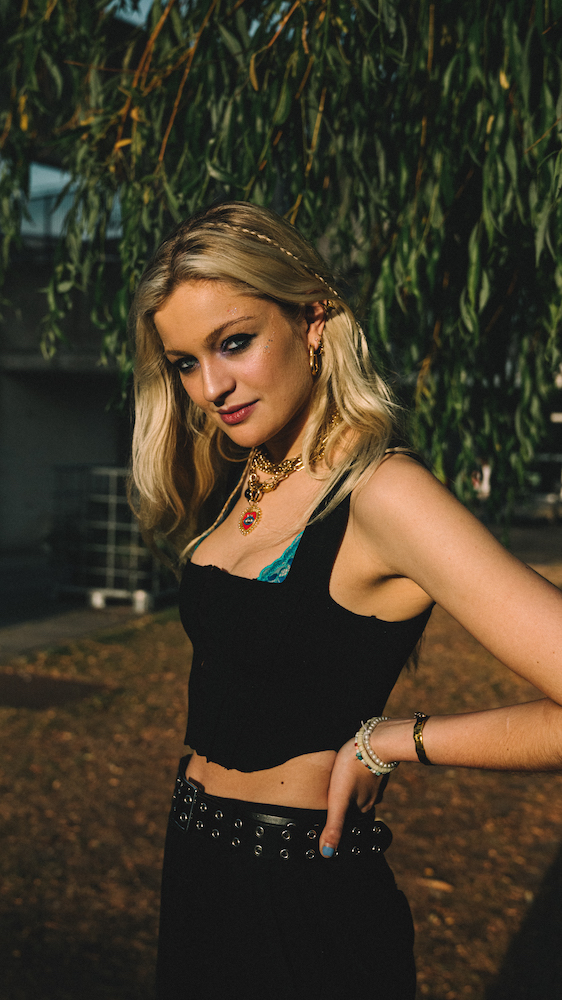 There’s a true revolution going on in music since there are so many girls picking up a guitar, which is because of artists like you. Who has inspired you to start playing the guitar?

The two biggest are Slash and Angus Young. AC/DC and Guns’N’Roses were everything I was obsessed with as a kid. I also had Brian May on my wall. That massively came from my dad, who has inspired me a lot. I was very afraid to pick up a guitar in the studio because I was working with all those awesome people. I’m very much a four-chords wonder because I know four complicated songs, but the rest of it is text vocals that rule the world. I was always a bit afraid to pick it up because I’m not Jimmy Hendrickx. Since writing the songs for the EP, I’ve gotten way more comfortable. Especially, playing it on stage. That’s my favorite part of the show. All the songs that are coming post this EP will definitely be with a lot of guitars. It’s just so massively me, and it’s so nice.

Where does your rockstar attitude come from when you’re on stage? What gives you a boost right before performing?

I get really nervous before I go on stage and constantly need to wee for some reason. That goes away as soon as I get on stage. The energy is mostly from the adrenaline, but I’ve also relaxed so much during this tour and started without any expectations of what the shows are going to be. It helped me enjoy the shows much more.

No Romeo is out, and you’re on tour. What’s coming up next?

The next project is finished. I can’t tell you what it is yet. I wrote it all at the beginning of the year, but it’s not for a little bit. There are other songs coming out sooner.

Will the sound be similar to what we’ve heard from you so far or will it be different?

I’m just getting a grab on my current sound, and you will really hear the rock influence in the songs. That’s great because that also means I get to play more guitar on stage.

DYLAN is currently on tour with Ed Sheeran in Europe. On 23 July, she’ll perform at the King Baudouin Stadium in Brussels.