Looking for the perfect summer track? Look no further. French DJ Fakear just released his brand new album ‘Everything Will Grow Again’ and it’s perfect for those hot summer nights. We talked with him about the new album, the meaning of those foreign track titles, and what he’ll be doing this summer.

My first question is about your first EP Morning In Japan in 2013. How has your music evolved since then?

It’s a tough question. Actually, I’m influenced by the events that happen in my life. Each EP or album I’m focusing on what’s happening to me. For my new album, I’m going back to my roots, going back to my first inspiration for Morning in Japan. So my next album is actually very close to my very first EP.

How did you start making electronic music in the first place? You have quite a distinctive sound, how did you develop that?

I was just playing the guitar and playing in bands during high school, so I was a regular high school student. Then when I graduated, I was starting to make my own songs and recording myself on my computer. The following two years I just kept learning from that and how to make music. In the end, I was able to create songs with drums and bass. That’s how it all started. I was just studying how to record music and at the same time, I was listening to all these different bands like Bonobo and Cinematic Orchestra. 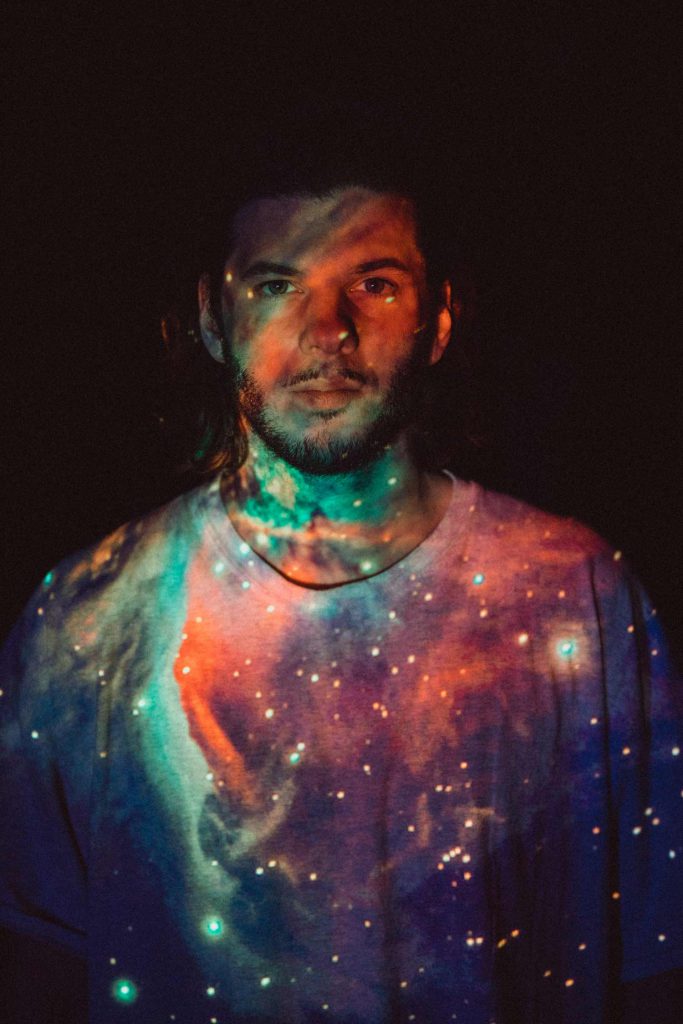 You said in an interview that you have a rock and roll background, is that the playing guitars and making music in high school? Or does it have to do with anything else as well?

I think that’s why I was playing the guitar. It also influenced how I build a song. Each song I’ve made since the beginning is built on the same model: a rock ‘n’ roll model song. With an intro, verses, then the chorus. Each song is like this, even in the next album which is more clubby. It still has the same structure.

This album was very influenced by Bonobo, Bicep, John Hopkins… These guys all influenced my first EPs. I was listening to a lot of chill-out music in the first place, like Bonobo. It’s all instrumental hip hop stuff, it’s very chill. And then it evolved and they stopped making chill-out music and started house music. All these guys followed the same path. Chill out music became influenced by EDM and by American music and that wasn’t really my cup of tea.

I’m really into instrumental hip hop. When EDM came by, I was first very interested in it because it was new. I kind of tried it with my previous album, but then I realized that wasn’t something I wanted to pursue. I wanted to go back to my roots and to what brings me to electronic music in the first place.

Is there a certain message you wanted to bring across with your new album?

Not really, the title speaks for itself. That’s why I didn’t want the songs to be too oriented. I wanted the songs on this album to be very open for everyone to make them their own. The album title is so powerful and so straight forward. The title is a way of saying “Whatever we’re doing on earth, even if we keep fucking up this planet, the earth will recover anyway. The worst thing that could happen to us is to disappear. If we keep going and doing this shit to the planet, we will disappear, but the planet will recover.” So that’s like, everything will grow again anyway.

Talking about titles. You have some track titles that sound a bit foreign. “Kaishi”, “Tadlo”, and “Sekoia”. I hope I’m pronouncing these right. What is the meaning behind those titles?

“Tadlo” is funny but it’s not something I can translate in English, actually. It’s a joke in French, but a private joke between me and my girlfriend. It’s a mix of two words and I can basically translate it to “Do you have water?”. Some French people have spotted it and understood it.

Sekoia is a big tree. In the USA there is a big Sekoia park and it’s really pretty.

Yeah, actually to me it sounds a bit darker than the previous ones. For this album, I wanted to record everything in my apartment. So I would just call friends and they’d play for example the violin in my kitchen. I have this warmth of friends around me in this album, so it’s cool that you say that. It seems like I’ve completed my mission. 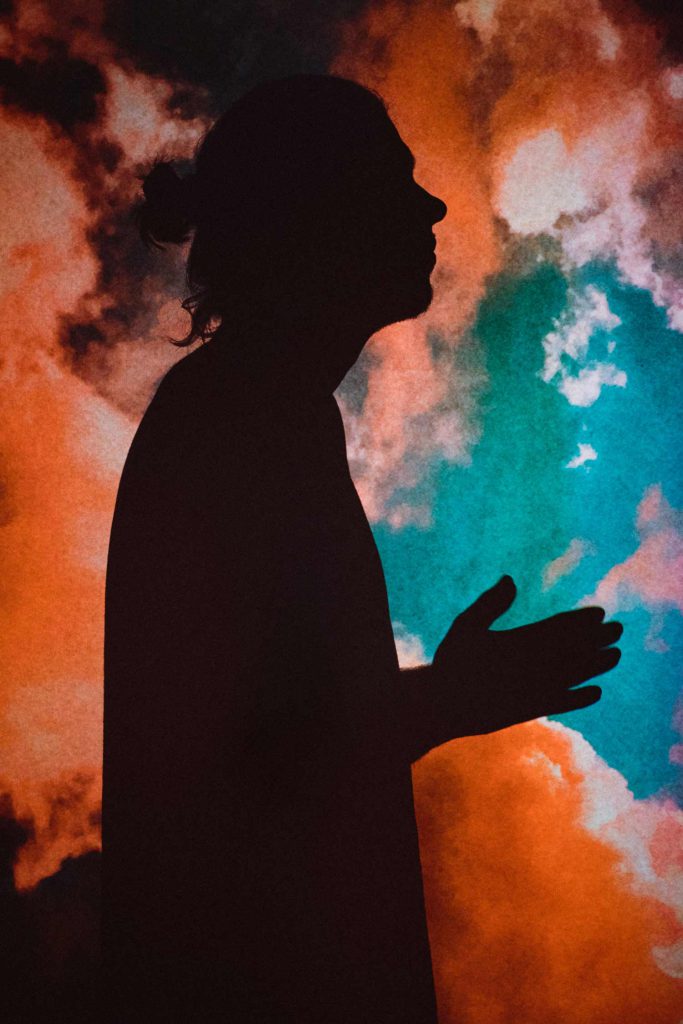 You also made a song called “Carrie” with DJ Alex Metric, how did that collaboration come to be?

My manager met Alex Metric once in LA, and he called me and said “dude I met this guy and I’m sure you two will get along so well. Give it a try, go to his studio and see what’s happening.” And I was a bit taken aback, a bit scared even because I didn’t do that before, just giving another man an insight into my album.

At first, I didn’t go to his place to make a song, I went to his place to make him listen to the album and ask him what he thought he could bring to this album. So we reworked the whole album with him. It was pretty impressive to allow someone to enter your private universe.

But this went so well. At the end of the album, we still had one free day left and he was like “just show me your demos you didn’t want to put in your album.” I made him listen to this sample you can hear in “Carrie” and he thought it was a cool sound. Four hours later, “Carrie” was created.

I read that “Carrie” is based on an African lullaby. Do you have a lot of different cultures that influence your music?

Yeah. It’s more about what I think is beautiful. It’s all just about beautiful music in the end. There’s a lot of Asian and African music that I find so beautiful and inspiring. They’re not tainted by other music. We can always sample Soul and Jazz music, but many people already do that. When I pick something like this, it’s very new and free, and I can make anything of it.

How do you find those sounds?

I record a few songs during travels, but most of the samples are from a museum archive. A museum in Paris allowed me to pick whatever sample I wanted from their sound archives. They have thousands of disks and recordings. All the samples I have in this album are from that museum.

You normally perform a lot during the summer. How is your summer going to look now that COVID-19 has struck and paused everything?

I don’t know. I think I’ll just go on normal vacations with my friends, and that’s something that hasn’t happened since 2012. I didn’t have a full free summer since then, so I’m really happy to go on holiday and go to the beach with friends and listen to music. Because that’s something that people normally do to my music, so now I will be able to test that myself.

You’re releasing your album right now, while a lot of artists are postponing theirs. Why are you still releasing yours? Aren’t you scared that it might affect it?

This album was meant to be released at the end of September, and we advanced it. I think it’s different for each genre. For electronic music, it’s different because people listen to it during parties and stuff. We wanted this album to be a summer album because, even if this is a summer of camping and small events between friends, we wanted this album to be the soundtrack of it. We advanced it and we saw all the other artists freaking out and postponing their albums, but all the people are eager for new music.

My last question. What do you want to accomplish in the future?

I think I just want to stay true to myself; I just want to be honest when making music because you’ll always be influenced by your tour and how people respond to it. It’s maybe an idea, something I will never reach. It’s my perfect goal to be 100% honest and to get rid of the question “Will people like it?” because that’s not really the point. The point is making the music. 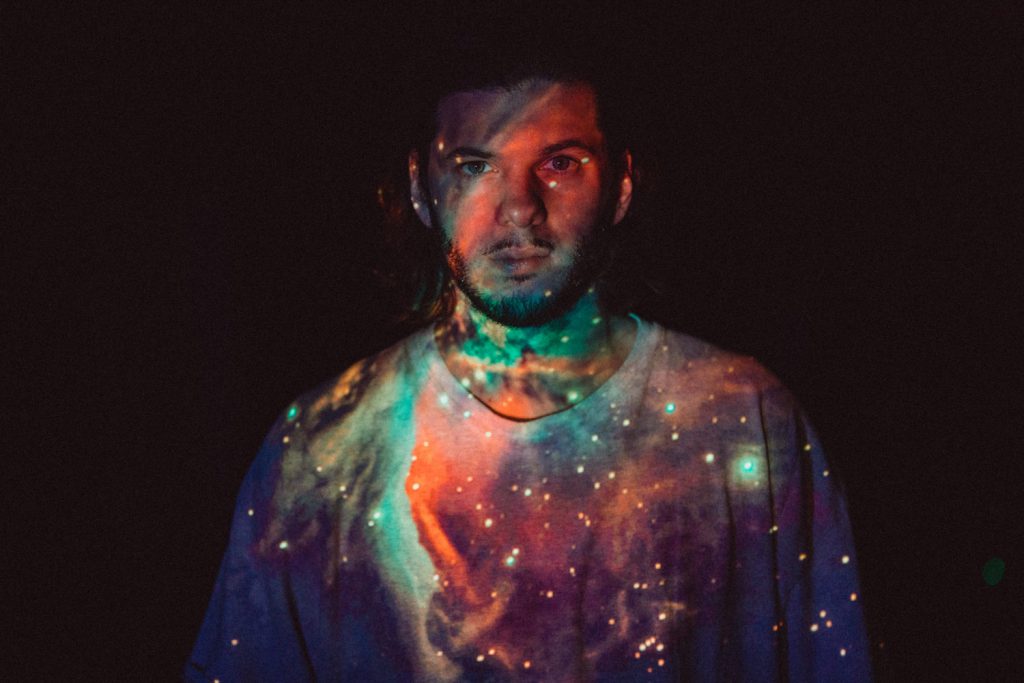