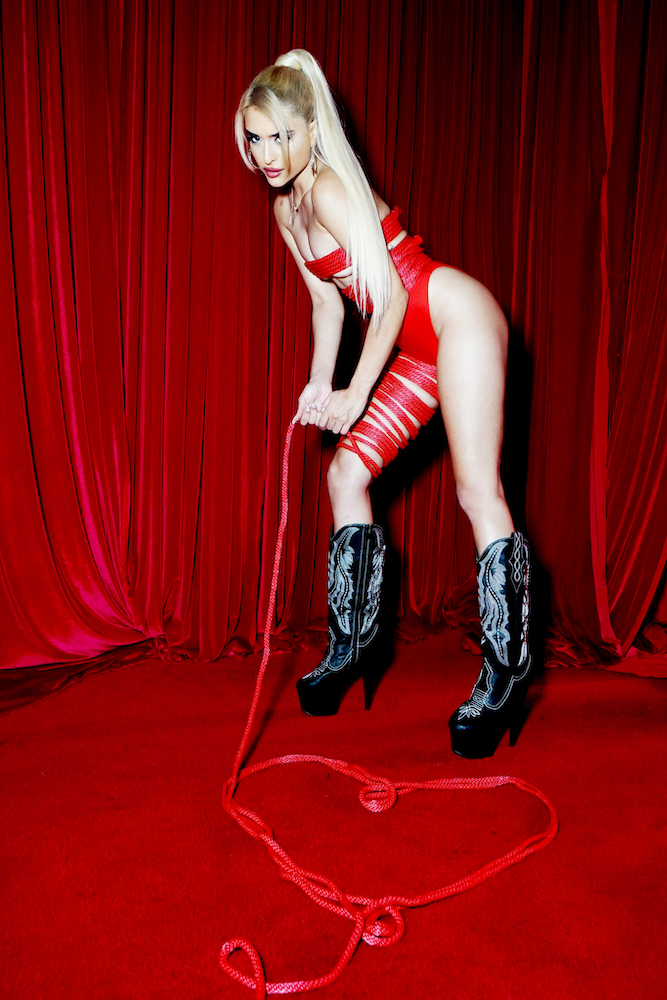 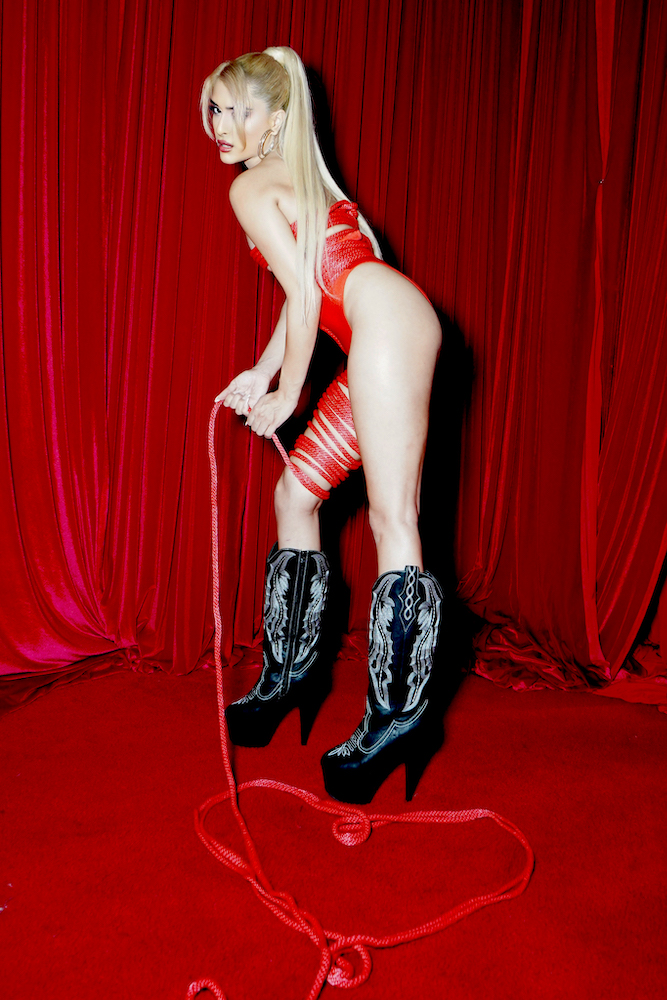 Gia Woods: “Madonna Showed Us That You Can Be Overly Sexual Without Being a Whore”

We greatly admire artists who can be unapologetically themselves and inspire others by exposing themselves. Los Angeles-based singer Gia Woods is such an artist as there is no taboo she is afraid of breaking. We spoke to her following her new recently released EP ‘Heartbreak County, Vol. 2’, on which she processes her heartbreak in flashy pop songs. It turned into an intriguing conversation about Madonna’s influence on her music, men in the music industry, and years of living closeted.

You’re releasing your new EP Heartbreak County, Vol. 2. What have you planned prior to the release?

It’s never-ending. There’s no time to sleep and only work, work, work! I’m preparing for a special performance video that I’m teaming up for with Tidal. It’s going to be a four parts video in one video. It’s a whole performance visual for the EP but only by using four songs. If we did all the songs, that would be way too long. I’m definitely playing a couple of shows to celebrate the end of the project, doing some in LA and New York, the two cities where I’ve been kind of building and playing shows. We also try to get all the visuals shot for the rest of the songs. It’s so crazy. It’s one song; we shoot everything. Then the second song comes in three weeks, so I need to shoot everything two weeks prior to that to get everything edited. Oh my lord, it’s never-ending.

Do you already visualize a lot when creating the songs, or is that a process that mainly happens afterward?

It really depends. Sometimes, it’s the visual that comes to me, and I know exactly what I want to do with it. Other times, I make the music, and after having enough time to live with it, I start imagining things that make me feel even more excited and look at the song with a whole new meaning. You make a song, then go away from it, and later feel that it means something different to you. It’s the same message, but it’s like a journal entry where you write something and later see that you were a bit too dramatic. (laughs) You also look back and see that it’s what you were trying to say now that you had enough time to live with it. I do love my artworks and visuals to be very symbolic, and I’m really big at wanting it to feel like a painting. You can basically frame all my artworks and put it on your wall. That’s how I imagine my artworks; I don’t ever see it basic unless it actually serves the song. 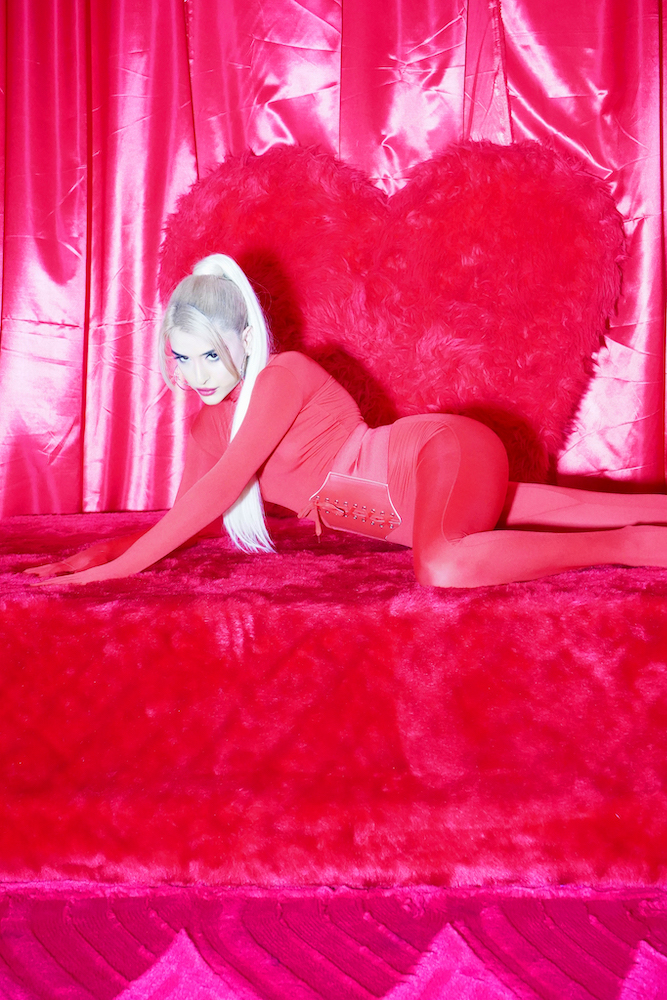 How different is Heartbreak County Vol. 2 compared to your previous projects?

I think the difference is a mixture of lyrically and sonically because the two new songs that will be dropping when the EP comes out show a different side to me. Especially the ballad. I never released a ballad before, so that’s a very vulnerable thing for me to be doing. I’ve written ballads and sad songs, but I never released them because part of me wants me to make music that makes me feel really good and escape from my reality. It’s escapism and still has a lot of meaning, but the production still makes you want to dance. This time, I’m ending the project with two songs that are a little bit more on the darker side.

The ballad is the most vulnerable I’ve ever been about being heartbroken. I always had an issue with being too vulnerable, but what’s the point of doing any of this when I’m not going to be dropping music that’s also sad, real, and raw? That will be very cool for my listeners to kind of get to know me on that level of things and get to understand that I may be running away from all my problems, but at the end of the day, I’m still sad. The cool thing about all of this is that we’re really coming to the end. We think we know what the project is about, but we’re really seeing what’s under the mask in the last songs.

You’ve always been quite vocal about being queer and writing love songs for girls. Was it easy for you to write such songs knowing that it’s rather rare in the music industry?

I never really gave that much of a fuck because I’m just like: you’re either going to like or hate me. I literally don’t care either way because I’m doing this for myself at the end of the day. Being vulnerable about my love life is not difficult because music is my outlet. When I released my first record “Only A Girl”, it was very scary and hard at first to share it with the world because everybody would know. I just knew that if I wasn’t honest with myself in the beginning, I wouldn’t be happy doing this. What would be the point if I wasn’t honest about who I am and what I want? I was closeted until I was 18: Lying and hiding this different side of me.

I often got advice from people in the music industry that I should write music that is not too openly gay because I could be pigeonholed. I don’t want to blend in and be a stupid bitch; I want to do what I want. I’m Gia, and I am who I am. I’m not going to sit here and try to filter myself just to fit in the world, to be liked, or to be accepted. Nothing will ever change if you continue to cater to what society expects you to cater to. I want to be part of the change, new conversations, and the new generation of artists that want to make a difference in the world. I want to see more artists push these conversations because there are still a lot of problems in this world. Especially if you think about everything that’s happening with females. You think that this has been a conversation for so long, and it has changed, but it hasn’t. 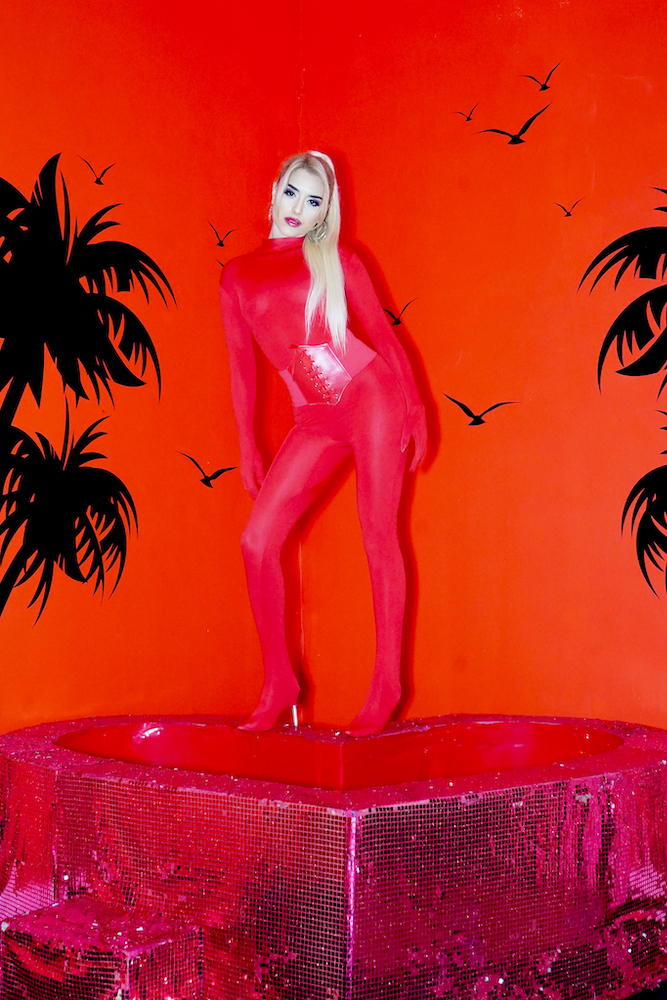 Is there a specific moment or artist that helped you become so confident to be so open?

Definitely Madonna and Gaga for sure. Madonna is the first artist I got obsessed with, and I remember watching the music video of “Like A Prayer” on repeat in my room. Watching all her music videos made me see women in a different light. I saw a lot of similar pop stars doing the same thing or using the same formula, but she was always the one that stood out the most because she didn’t allow anyone else to control her or tell her what to do. She was always with the LGBTQ+ community, so how could I not become obsessed with someone like that? I was immediately drawn to her, especially with her being so openly oversexualized. I hate people that say about Madonna that she’s oversexualized or did too much, but honestly, so what? Why do women need to be covered up? It kind of goes back to the situation going on in Iran at the moment. Why do they have to wear a hijab?

I think society just wants to cover up the beauty of women because they know that we’re so exotic, amazing, and have so much to offer the world. Men have been intimidated by us. Madonna showed us that you can be over-sexual without being a whore. I grew up very shy, and I used to be scared to show my arms or legs because I was thinking that I was too fat. When I started to make music professionally, I wanted to be as sexy as I could be. I’ve always been too shy to show my body, and now I want to do the opposite of that. Madonna inspired that out of me too. You literally can show your boobs and vagina like who cares? It does not have to be considered overly sexualized. She inspired me on all levels about being a woman!

How is it for you to know that you’re that role model for other people by releasing your own music and being so unapologetic? Does that put pressure on you, or are you comfortable with that?

I’m definitely comfortable and hopefully, people don’t get the wrong idea. I don’t want people to think that I’m doing certain things just to get attention. That’s not my intention with anything I do. I do everything for myself at the end of the day: to make myself feel hot and good. If anyone can relate to it, great! If it helps anyone get out of their comfort zone, amazing! My goal is to send my message of how my life started, and I completely shifted the way people and myself viewed me within a matter of years of just hard dedication to putting myself out there. I stopped telling myself that I couldn’t do specific things, so I hope I can convey that to my fans or just anyone that listens to my music. I hope I can change people’s perspectives because we’re all a bit too judgmental. 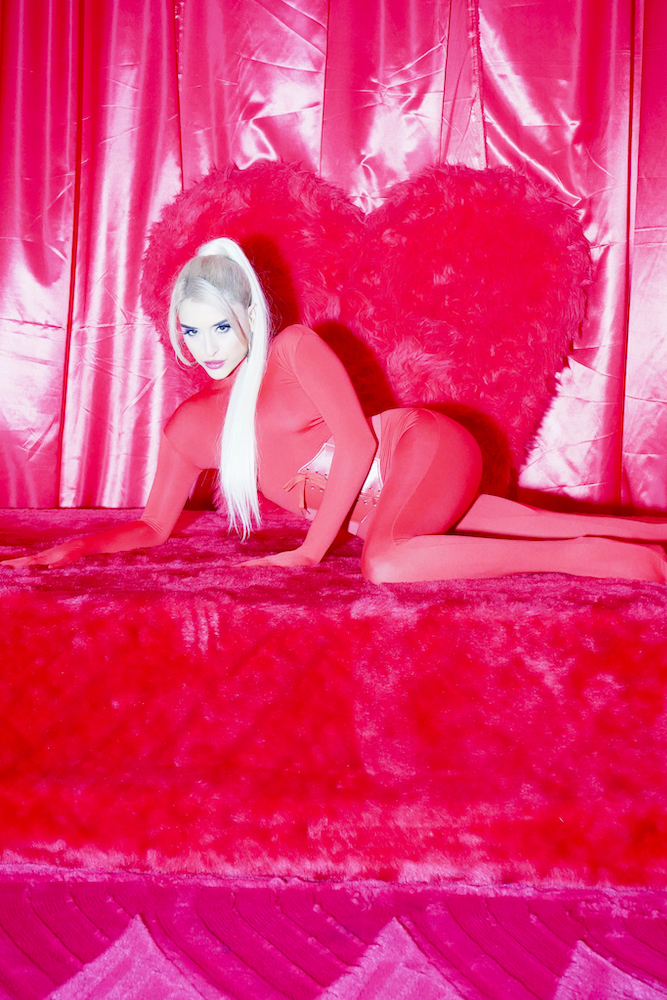 To conclude, which song are you most proud of from your new EP Heartbreak County, Vol. 2?

I would say “Cruel Intentions” because it’s such a storytelling song, and I was talking about it the other day with my mix and master engineer. He was like, “This is the most storytelling song I’ve ever listened to of yours.” It’s not even about the production of the song, the cool sounds, or the transitions. It’s not about that. It’s just about the writing. You could not have all the music behind you and read the lyrics to see that the song is pretty sad and the situation is heartbreaking. In the song, I’m finally opening up about what led me to the heartbreak and the storytelling of it all.

Heartbreak County, Vol.2 is out on all platforms.