Haich Ber Na: “I Love to Tell People It’s Pop Because Pop Is Everything”

Haich Ber Na is one of our favorite discoveries of the year with his unique approach on pop music. The London-based producer and singer captures a euphoric yet intimate feeling in his music and is finally working on a bigger project. His latest release “The Last Time I Saw You” sees him dig even deeper into his own imaginary and is the first single of a brand new EP. We had an interesting talk with the rising star about being a pop artist, creating songs, and his latest EP From Now ’til Then.

Haich Ber Na, how’s your life at the moment?

Life is great. I love life at the moment. I’m in a new house, where I just moved in. I also just put music out and it feels like the best stuff I’ve made. I’m good.

We found it difficult to summarize your sound into a sentence or two. How would you describe your music as the creator?

You know what? Nowadays, I just call it pop. I used to give it a lot of different names but I started to think about the meaning of pop and I guess it does mean popular. My music is a mixture of so many popular styles, I thought that it really was pop. If this sound was massive, people would also call it pop. 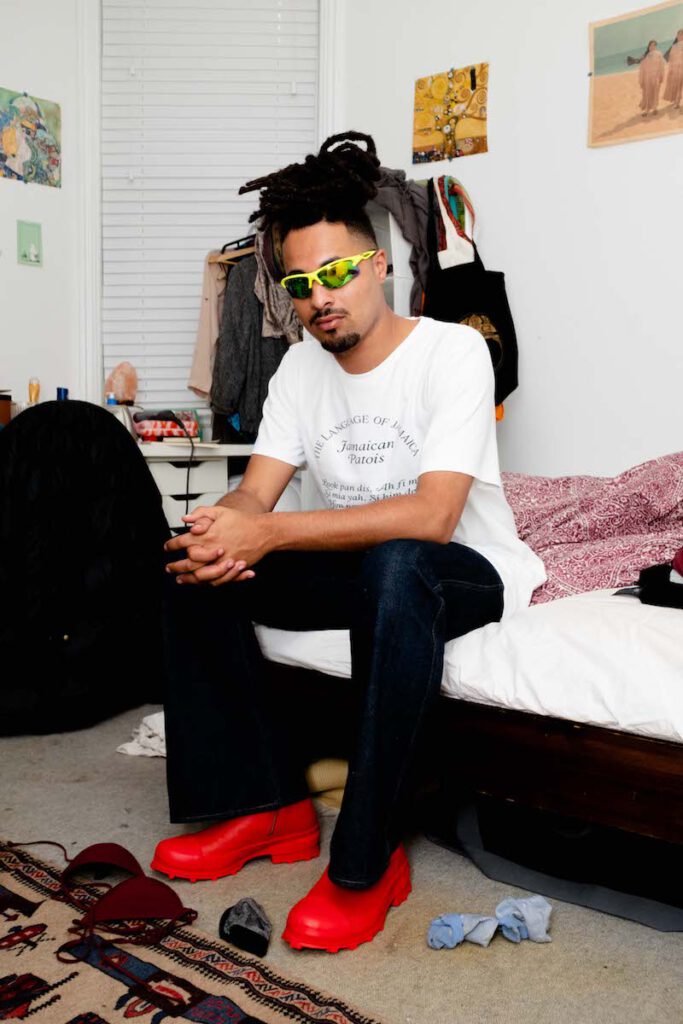 Do you find it difficult to label your music as pop since the genre is often put in a negative spotlight?

No, I love to tell people it’s pop because pop is everything. At this point in time, drill or trap are even almost pop. When Katy Perry would sing on a song of Juicy J, it’s a trap song with a singer on it. But it’s pop. Pop can be anything because it makes people rethink what pop is. I’m not embarrassed. It’s more embarrassing I had to name six genres to describe it.

Correct us if we’re wrong but we heard that you originally made grime, hip hop, and R&B. Are there still influences of these genres in your music?

Definitely, I guess that was just the roots. I did that ten or eleven years ago when I was a teenager. It’s my foundation and how I learned to work with software, learn drums and melodies. It’s the music I grew up on, especially when I was really young.

Would you say that your approach to making music has changed since then?

Yeah, it’s super different. Before, I would be very obsessed with making it sound hard or though like hip hop tracks. Now, I focus way more on the melodic stuff and the songwriting, more than the production. Production comes quite naturally because I’ve done that for so long. I’m trying to get my songs sound better, so I’m focused on that.

The psychedelic synths are often one of the key elements in your songs. Why are you so attracted to synths? What’s the power of that instrument in your opinion?

That’s a good question because no one has ever asked that. I can’t play guitar, so I can’t use that. I like the sound of pianos but I don’t have a real piano. This means that I have to use a fake one and that doesn’t sound great all the time. There’s no other option. Synths are like an imaginary sound, they don’t really exist. It’s not a natural sound, which I like. I guess synths can take you to a different world. 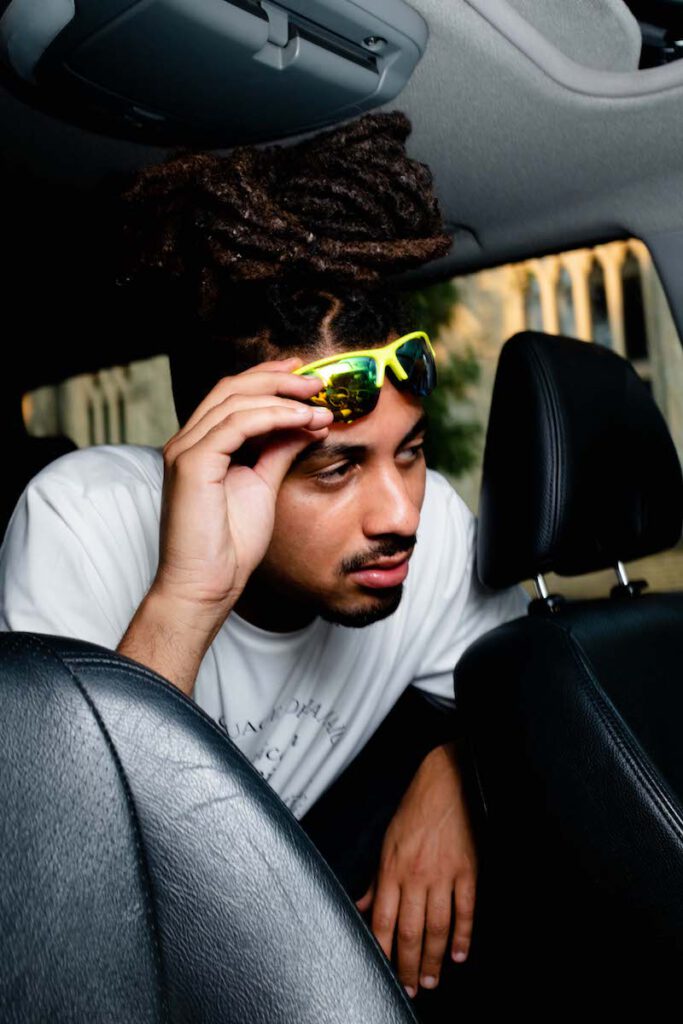 Earlier this year, you gifted us a brilliant EP. What’s the general concept of the project?

Every year or every few months, I make a new EP and I’ve dropped a few the past years. I like working in project mindsets and I can make ten songs with a similar vibe that can work together. I always work towards making an EP and now I’m focussing on an album. These four songs were just that moment in a small capsule. From Then ‘til Now was written in my house with my partner Diesel, who’s my musical partner. The last EP was definitely me trying to be more pop.

What’s your personal favorite of From Then ‘til Now?

You write, record, and produce all your songs yourself. What’s the most difficult part for you in that process?

Usually, the most difficult thing is writing the lyrics because I don’t sing that much in my songs. There’s not a lot of space to say a lot, so each word needs to have quite a lot of meaning. Writing lyrics probably takes me longer than anything else. The production comes quite easy, just like writing the melodies. It doesn’t even sound difficult because my lyrics aren’t complex, but it takes a while to pick those little words.

Talking about lyrics, what’s the story behind your latest single “The Last Time I Saw You”?

That was just about someone I know that was down and me sending a reminder to them to get up. It was a quite tough love song like I’m telling them that they look worse than the last time I saw them. But then I say: ‘I know you, it’s time to get up!’ It’s though love because I feel for them but they need to fix themselves. I can help but you have to do it yourself. That’s kind of the message. 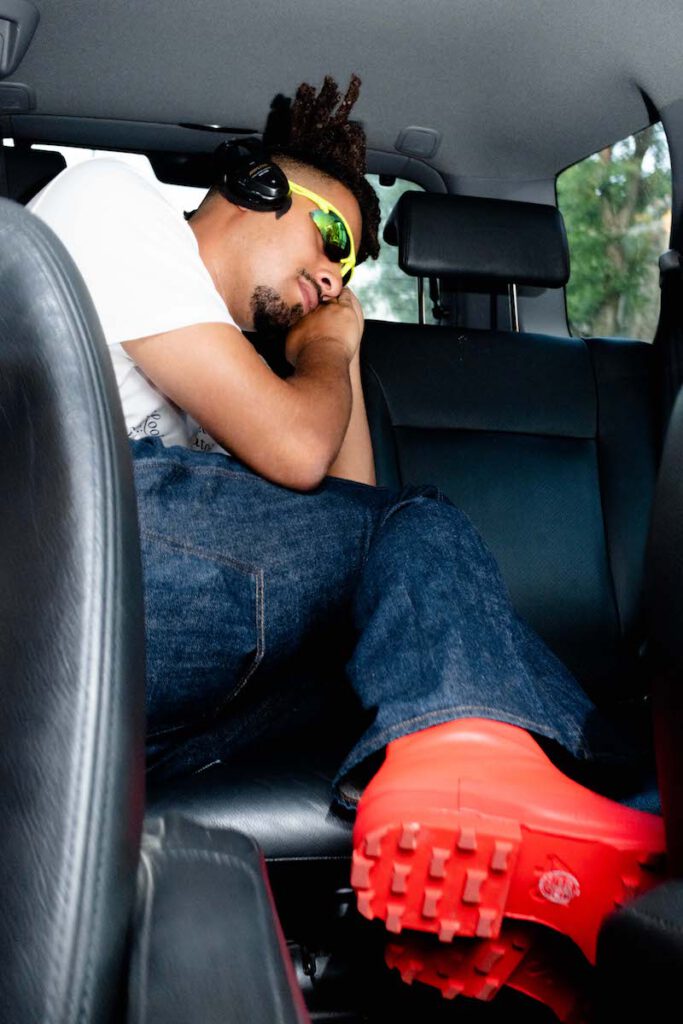 Something funny about “The Last Time I Saw You” is the hilarious artwork. Where did you find that picture? Why did you pick that pictures as the artwork?

I and the super talented photographer Lucy Alex Mac got these two models. We got them to pose and shoot this artwork. It looks like a stock image but it was a whole shoot. We have a bunch of pictures and I’m going to put some of them out. I’m not trying to tell everyone the meaning behind it because I want to see how people interpret it.

What can you already reveal about your upcoming project?

It will be the next level of the last EP. All the projects are slightly different and it will be better, more pop, and weirder. It will come out next year. I wish I could release it this year but I have to make it perfect.