How To Educate Yourself About Racism and White Privilege

With the brutal murder of George Floyd by four police officers in Minneapolis, racism and violence against black people are all over the (global) news. Hashtags might be trending and the media might be globally reporting on it, people are still ignoring this big problem in today’s society: racism and white privilege. To help fight the systemic racism, we have to understand it first. That’s why we want to help you educate yourself and have created a list of books to read, movies to watch, people to follow, and news to catch up on to learn more about racism and how you can help the cause.

If you don’t know what to do about racism and white supremacy, getting started on educating yourself and acknowledging your own white privilege (unconscious prejudice) is a good place to start. First of all, please educate yourself on all the violent hate crimes that have been happening against people of color, especially black people.

[TRIGGER WARNING] George Floyd was arrested on Monday, May 25 in Minneapolis, America. Important to note is that George was cooperative, but still, he was brutally forced to the ground by police officer Derek Chauvin who pushed his knee to George’s neck for eight minutes with two other police officers kneeling on his lower half and a third police officer standing by. He eventually lost consciousness and died later in the hospital. A video of the arrest surfaced not much later that showed George begging for his life, letting the officers know that he couldn’t breathe and that his stomach and neck hurt. Chauvin didn’t budge and kept suffocating him.

Following the backlash of the video, the four officers present at the scene were fired. The three police officers who sat on George’s lower half and who stood by haven’t been charged. But as of yesterday, ex-police officer Derek Chauvin has been charged with third-degree murder and manslaughter. Which means he has been charged for accidentally killing a man. Which is bullshit. You don’t accidentally kill a man when he told you for eight minutes that he couldn’t breathe and was hurting. What happened to George Floyd is murder and those four police officers should be rightfully charged so. 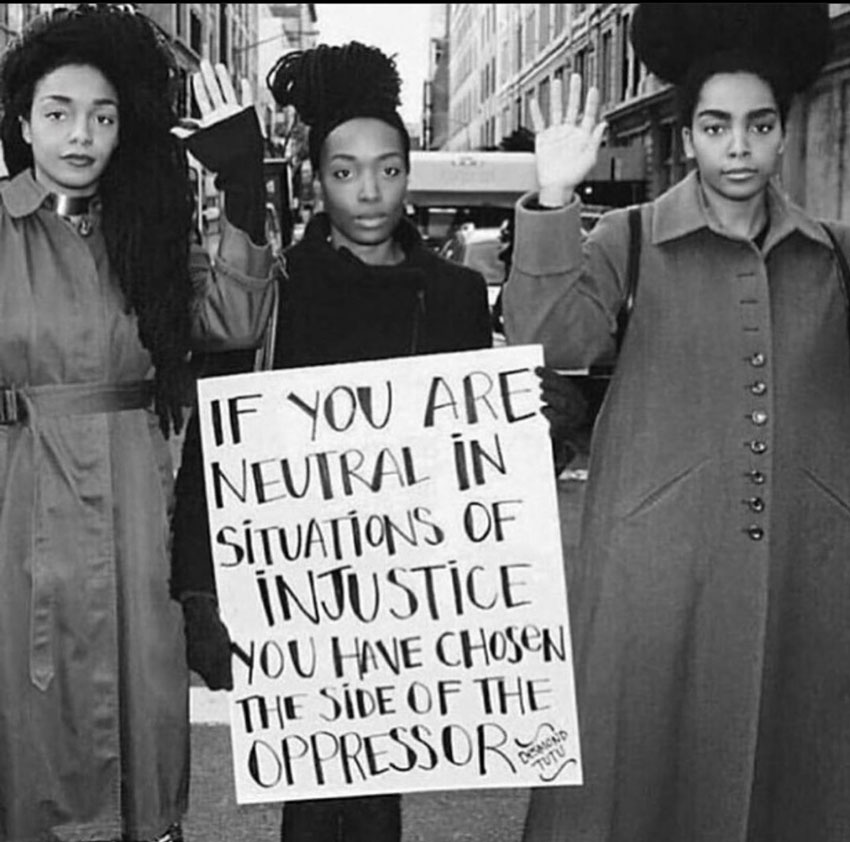 Sadly, George Floyd isn’t the only black person that has been murdered by police or white people. Look up their names, learn about what has happened to people like Ahmoud Arbery, Sean Reed, Tamir Rice, Michael Brown, Walter Scott, Freddy Gray, Breonna Taylor, Trayvon Martin, Oscar Grant, Sandra Bland, Adama Traoré and many others.

Now, let’s talk about some things you can check out to get educated on racism and white privilege.

Me and White Supremacy: A 28-Day Challenge to Combat Racism, Change the World, and Become a Good Ancestor by Layla Saad leads readers through a journey of understanding their white privilege and participation in white supremacy. So that they can stop inflicting damage on black, indigenous, and people of color and in turn help other white people to do better. The workbook also includes historical and cultural contexts, stories, anecdotes, definitions, examples, and resources. A must-have for anyone who wants to learn more about their privilege, acknowledge it, and be a better ally.

White Fragility: Why It’s So Hard For White People To Talk About Racism is a book written by Robin DiAngelo. White fragility is the tendency of a white person to become intolerable and defensive when confronted with information on racial injustice, inequality, and how that often benefits white people. Their white fragility triggers a range of defensive moves, including the outward display of anger, fear and guilt, and behaviors like silence and leaving the ‘stress-inducing’ situation. White Fragility explains the dynamics of that tendency and how white people might build their capacity of taking on that (uncomfortable) conversation in the on-going work towards racial justice. 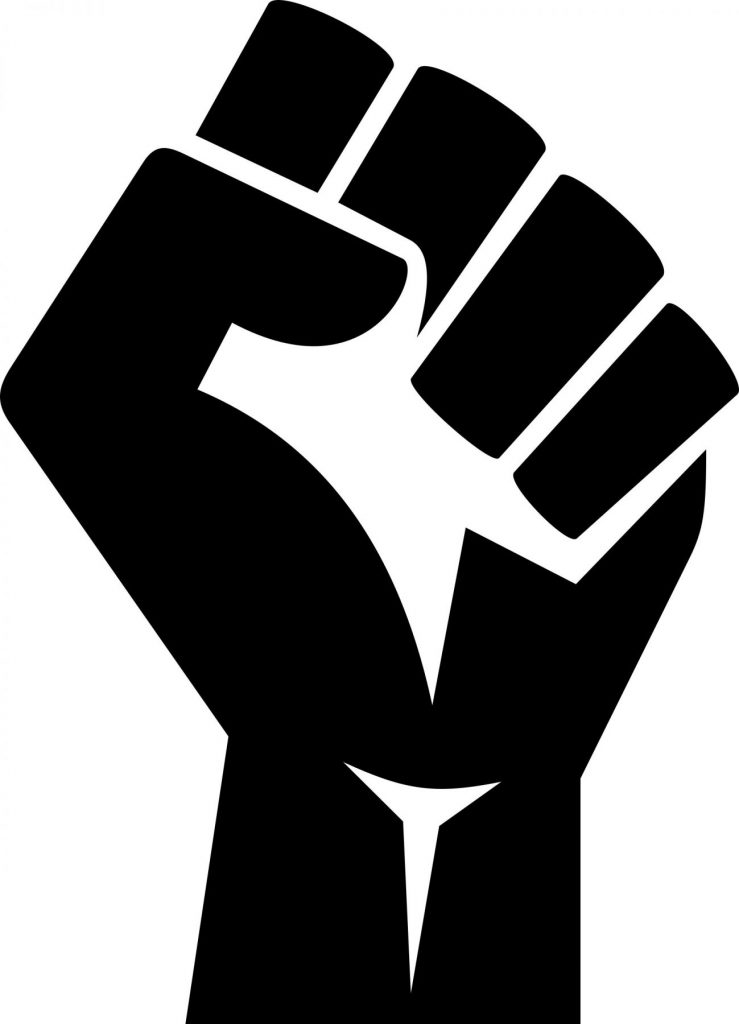 Why I’m No Longer Talking To White People About Race by Reni Eddo-Lodge explores the link between class and race and explains everything about black history that was eradicated by white people. It’s a perfect read for anyone who wants to understand race relations in Britain today.

How To Be An Antiracist written by Dr. Ibram X. Kendi reenergizes and reshapes the conversation about racial justice in America, but also points us toward liberating new ways of thinking about ourselves and each other. Kendi challenges us to think about what an antiracist society might look like and how we can play an active role in building it. The book is perfect for anyone who wants to go beyond an awareness of racism and wants to contribute to the formation of a just and equitable society.

Other books worth checking out: Black Feminist Thought by Patricia Hill Collins, So You Want to Talk About Race by Ijeoma Oluo, I Know Why the Caged Bird Sings by Maya Angelou, Just Mercy by Bryan Stevenson, Invisible Man by Ralph Ellison and Sister Outsider by Audre Lorde.

Podcasts To Listen To

About Race is a podcast hosted by Anna Holmes, Baratunde Thurston, Raquel Cepeda, and Tanner Colby. They host a multiracial, interracial conversation about culture, identity, power, and privilege in our racial society.

Pod for the Cause is a podcast from The Leadership Conference on Civil and Human Rights. It promotes a just, inclusive, and fair democracy, one that works for everyone. It was created for people who want change, who understand the importance of restoring our democracy and want to engage in deep conversations about the issues. 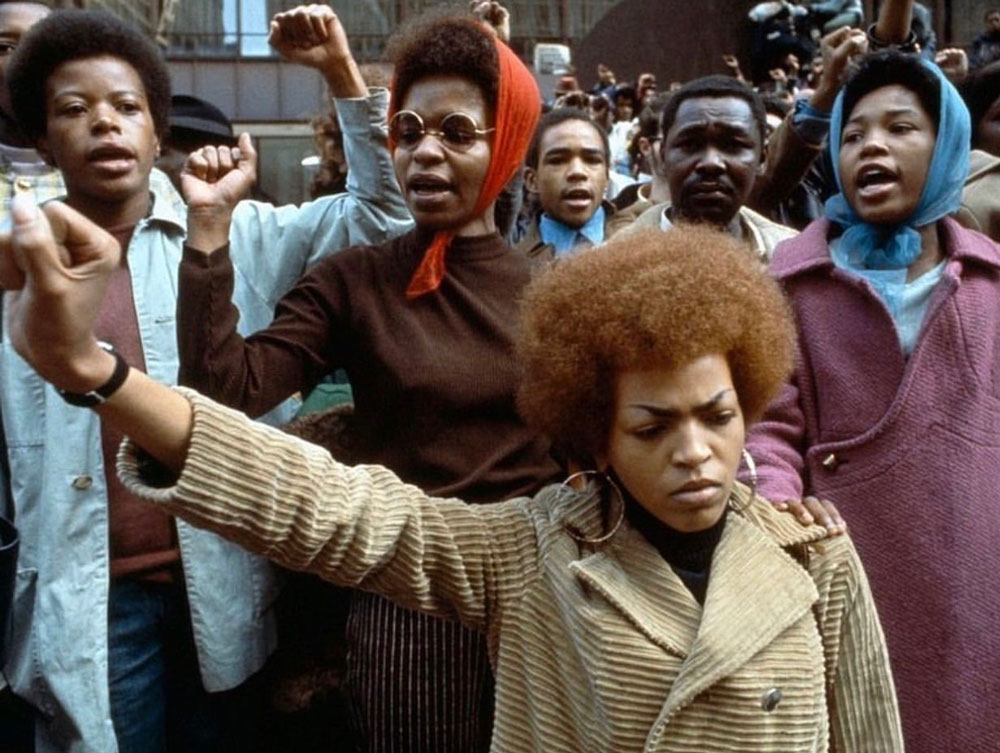 1619 was created by The New York Times and talks about how slavery has transformed America and connects past and present through storytelling. The podcast is hosted by Nikole Hannah-Jonas, who examines the long shadow of American slavery.

Code Switch is a podcast by a multi-racial, multi-generational team of journalists fascinated by the overlapping themes of race, ethnicity, and culture and how they play out in our lives and communities. How all of this is shifting.

Other podcasts worth checking out: Intersectionality Matters! hosted by Kimberlé Crenshaw, Momentum: A Race Forward Podcast, and Pod Save the People (Crooked Media).

Movies and series to watch

The Hate U Give is based on a novel of the same name by Angie Thomas. The movie follows Starr Carter (Amandla Stenberg), who lives in the black neighborhood of Garden Heights. After a gun goes off at a party Starr is attending, she drives home with her best friend Khalil when they’re stopped by a police officer. Khalil has to exit the vehicle and is shot and killed by the police officer, which becomes a national news story. The movie handles a very relevant matter and reminds you of all the police violence that happens to this day.

Available on Hulu with Cinemax.

I Am Not Your Negro is a 2016 documentary film, directed by Raoul Peck. It’s based on James Baldwin’s unfinished manuscript Remember This House. The film explores the history of racism in the United States through Baldwin’s reminiscences of civil rights leaders Medgar Evers, Malcolm X, and Martin Luther King Jr., as well as his personal observations of American history.

The docu film is now exclusively available for 48 hours on Dalton.

American comedy-drama Dear White People follows several black college students at an Ivy League institution called Winchester University, touching on issues surrounding modern American race relations. Dear White People is also the title of the radio show of black student Samantha White, in which she focusses on the superficial good intentions the university has. These good intentions are just a diversion for the deeply-rooted racism that still happens there.

Other movies and series worth watching: 13th on Netflix, American Son on Netflix, If Beale Street Could Talk on Hulu, King In The Wilderness on HBO, See You Yesterday on Netflix, and When They See Us on Netflix.

Organizations to donate to

You can also donate to different organizations, we sum up a few for you:

– The NAACP Legal Defense Fund: They fight for racial equality.
– Black Visions Collective: This is a black-, trans-, and queer-led organization in affiliation with the Black Lives Matter Global Network.
– The Minnesota Freedom Fund: This organization pays jail bonds for those who can’t afford to fight discriminatory and coercive jailing (This fund has announced that they are being overwhelmed with donations and now encourage people to give money to other organizations in need).
– Black Lives Matter: This is an organization that has the mission statement to bring justice, freedom, and healing to black people across the globe.

For more podcasts, movies, books, and social media accounts to follow, definitely check out this Google Document created by Alyssa Klein and Sarah Sophie Flicker in May 2020.

If you want to follow other people on Instagram who fight for this cause, these are some honorable mentions: ckyourprivilige, nowhitesaviors, Rachel.cargle, action4humanity_se 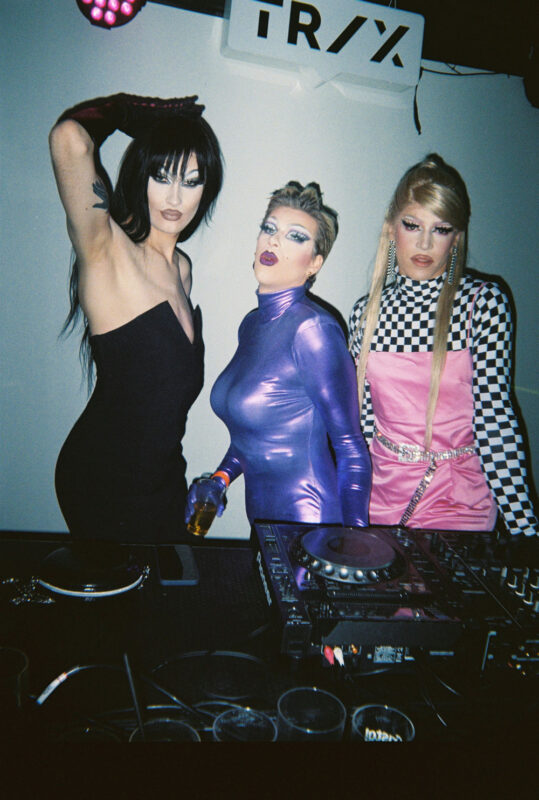 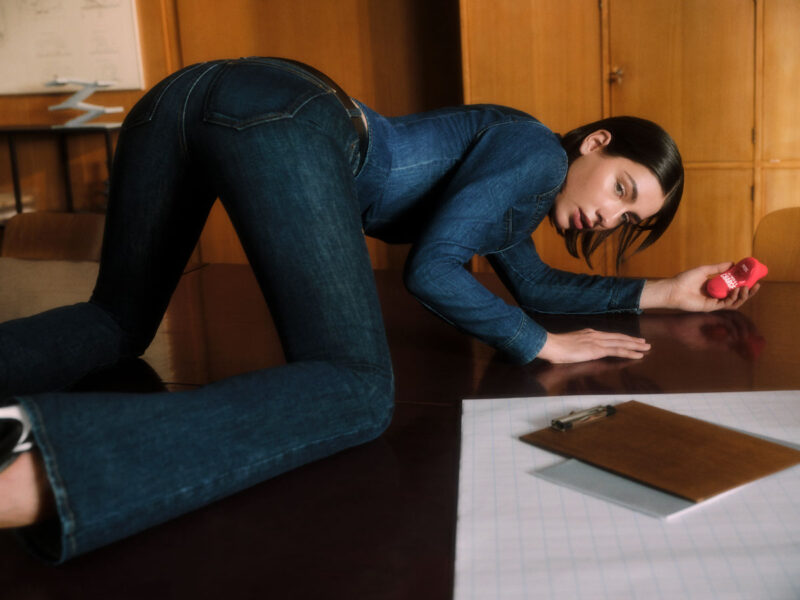 Diesel Teams up With Sexual Wellness Company LELO to Turn You On It’s no secret that Glenn Marten’s Diesel is taking over the world, with the biggest stars like Dua Lipa, Kylie… 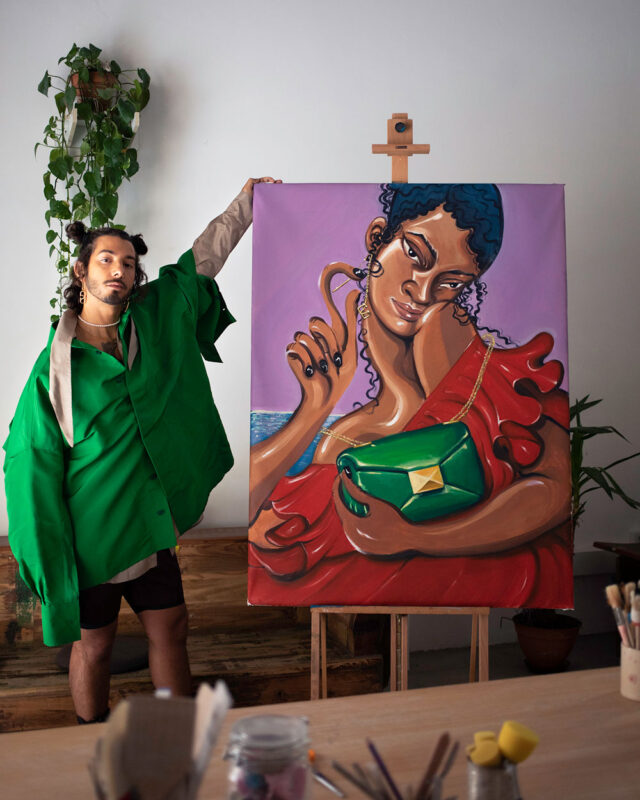 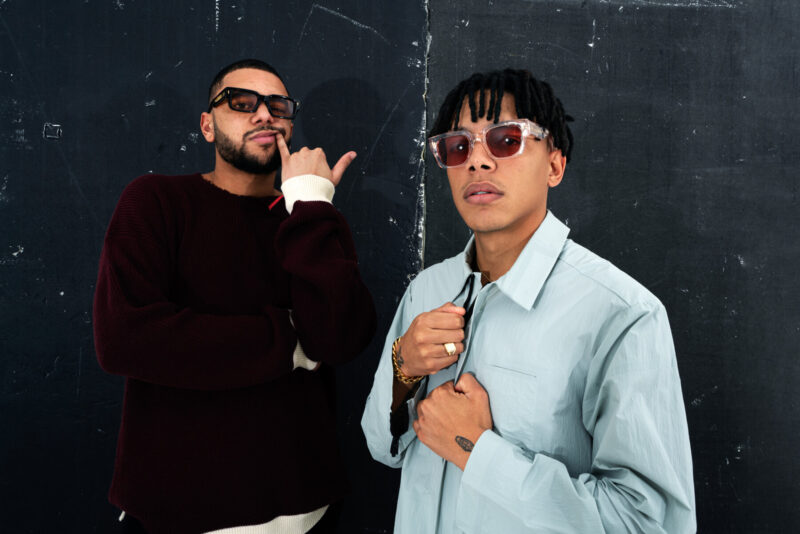 How the Harry Potter Theme Song Resulted in the Very First NFT-Expo in Belgium Three years after their first collaborative album, Yung Mavu and Chuki Beats combine their talents once again on their brand-new album ‘Matter Of…
X