Pop fans better listen up now, because we have discovered a new pop star with lots of ambition. We’re talking about the sixteen-year-old Norwegian singer Emma Steinbakken, who’s currently breaking through with her catchy pop songs. Even at her young age, the young pop sensation really knows what direction she’s going for. We had a little chat with her before her gig at Sony Music’s Special Night in Brussels.

We know that it’s a question you get a lot, but how is it to be a teenager in the music industry?

I’ve never been older, so I don’t really know how it is to be old in this industry. However, I don’t think it’s a problem and it doesn’t matter.

Do you think that people treat you differently because you’re younger?


I think that it is easy for people who’ve been in the industry for a long time to talk to me a little bit as if I’m a little child. I sometimes get that type of vibe, but I also think that if they see that I’m serious, they’ll change their mindset. 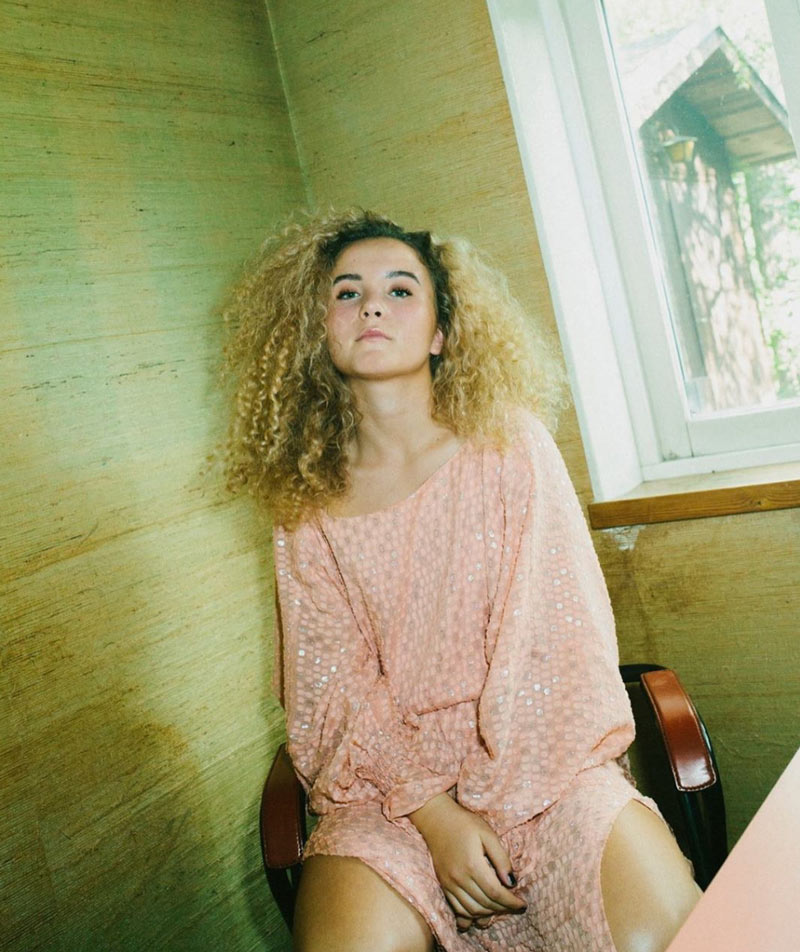 What’s in your opinion the biggest advantage of being young in this industry?

I don’t have any time pressure. At this point, I have the feeling that I have all the time in the world and it gives me a lot of freedom. I can be in the studio for a long time, can make a lot of music and then release it. There’s no rush, but I obviously want to release music and be in the studio. I don’t want things to go that slow, but I think it’s great to have that time.

Do you consider making music as work or does it still feel like a hobby?

At this point, it feels like it is a job, but I absolutely love my job. I spend so much time on this and if I wouldn’t do music I would have time for a job. So yeah, I look at it as a job.

Things are speeding up now and everything is currently coming together. How do you slow down for a minute and take some time off?

I try to spend my free time with my friends. I think that’s really important, because they make me think of other things and help me change my focus a bit. When I’m with them, we don’t talk about music and work, so that’s what I always try to do. I usually go and work out to get physically tired.

Are you still going to school or are you focussing on music?

I’m going to school and just started my eleventh year. I’m in a very flexible school where teachers help me a lot and want me to succeed in music, but still go to school. That works so good.

You have a cute style, what’s your fashion inspiration?

I guess, I like a bit of weird stuff. I guess I get most of my inspiration by looking at other people. I love when people do something different. If you own it, it doesn’t really matter what you’re wearing. I love to wear colorful things and love to be seen. It’s very important to express yourself with your clothes.

You write all your songs yourself. How important is it for you to write songs that people and especially teenagers can relate to?

I think it’s important, but I don’t write music for someone else. I write music for myself and if someone can relate, that’s really cool. I want to say things just as they are and want to be honest and open. That’s when I think people can relate and I find a lot of help in music, so I hope that other people can do that too. Not only teenagers, but everyone and I also think that maybe older people can think: “Oh, that’s how I felt when I was a teenager.”

You released a new song called “Never Forgiving”. Tell us more about that song.

I wrote this song when one of my best friends was going through something hard. There was another person not being good to her and I was so angry about it. When you really love and care for someone and they get hurt, it’s almost like you get hurt as well. So I felt as if that person hurt my feelings as well and it was just not cool. I was really angry and wrote the song about that.

You’ve already released a handful songs. What can we expect from you in the next months?

It’s always so hard because I don’t really know what I can tell. I released “Never Forgiving” and will also release something else very soon, which I think is very exciting. This release and my next release are a different part of me and I hope that people will like it. It’s not as pop as “Not Gonna Cry”, but I’m very happy about it and it also feels like it’s very me.