Interview: Palace Explains the Concept of Their New Album

The British band Palace was one of the biggest surprises in 2016 when they dropped their first long player ‘So Long Forever’. After a sold out tour through Europe, the three-piece took their time to work on new music and their second album finally came out earlier this summer. ‘Life After’ received incredibly good critics and shows why they’re at the same label as The Cure and Tame Impala. During their stay at Rock Werchter, we talked to the band.

Hi guys, your new album is ready, but has a big task as your debut album was pretty impressive. What are the biggest improvements compared to the first album?

In a general sense, the album is a bit grander and feels like a natural development. It isn’t too over consulted and came along thanks to a natural progression rather than reinventing the Palance-wheel. In he beginning when you start, you’re trying hard to find the right sounds and this time it really came by itself. We’ve played so many gigs and we became a better band because the chemistry is really good now. The album sounds bigger, heavier, more epic and grander.

In what way was it more difficult?

There’s an element of pressure, because it’s our second album. But that soon goes away because we’re confident with our new songs and we’re really proud of them. Maybe the difficulty that comes with recording is getting it all right and trying to get what’s in your head into the recording. It’s like that every time and you can go crazy finding the right guitar sound. We spend sleepless nights to find the right sound. But apart from that, there isn’t anything difficult because we love the process. The whole writing process is just different from the first one, because you learn to have confidence in what you make and trust it. You learn to trust yourself more and trust your ears through experience. 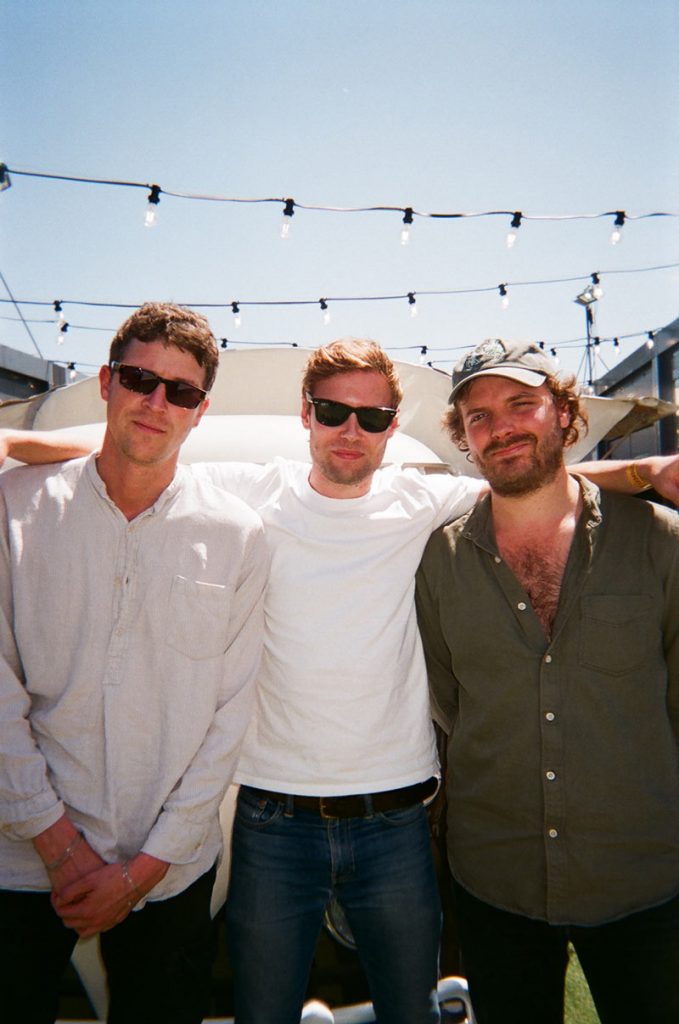 You’ve been in the studio for quite some time. Have you learned anything new from each other while making Life After?

We’re old friends, so it’s more of understanding each other’s place and instruments. We’re always evolving in terms of how we play with each other and I think that that improves when you continue working together. We get on really well and are great friends. We love each other and there isn’t so much to still learn from each other at this point.

What’s the main concept behind the new album?

The main theme of the album is hope. It sounds really cheesy and we didn’t write the album to be it that way, but that’s the sentiment we got when we put all the songs next to each other. It’s about moving on from hard experiences and things you go through when you’re at your bottom, not knowing that positivity is around the corner. The album has a sense of positivity and hope, but also takes you on this emotional journey of the good and the bad. The first album was pretty much about loss and Life After is the new chapter that centers ‘hope’.

Is a release stressful because you put so much time and love in the album?

You always think about it, but at the same time, we’ve put four songs out prior to the album release and people just really loved them. The songs had an amazing reception, so we feel confident about the release and we rather have excited nerves. You might love it, but someone else could think it’s horrible. We love the album and we’re proud of it. That’s all that matters.

Palace doesn’t own a palace yet, but you have a place called ‘The Arch’. Tell us more about this special place.

The Arch is our studio in Tottenham. It was a factory during the war and then it turned into a crack den with a lot of drug dealers and addicts that lived there before we went there. We cleaned it up, turned it into a studio with some friends and that’s where we work. It’s a musical community where some amazing musicians work and live and it’s our HQ. It’s the place where Palace saw its birth and the grounding of the sound comes from ‘The Arch’. A lot of the new record was also recorded there and we kind of went back to the roots with it. We found the heart of Palace in ‘The Arch’ and this place is clearly very important to us. There’s also a great Irish pub next to it…

Apart from ‘The Arch’, you can also call the stage your home. What do you love about performing or going on tour in general?

Performing brings us to all these amazing places and it blows our mind how much work they put in, for example, a festival, so we can play our songs. We came all the way from England to play forty minutes and it’s an amazing thing. We love the experiences, meeting new people and fans, going to all these crazy places and the gigs are just the payoff. We love touring and, for example, we made friends in our hotel with the guitarist from the metal band Dead By Stereo last night. These experiences are so cool and still a bit surreal sometimes. That’s just what touring is all about.

Music is uniting people! Thanks Leo, Matt and Rupert for the nice chat.

Palace’s second album ‘Life After’ is available on all platforms. You’ll love it!