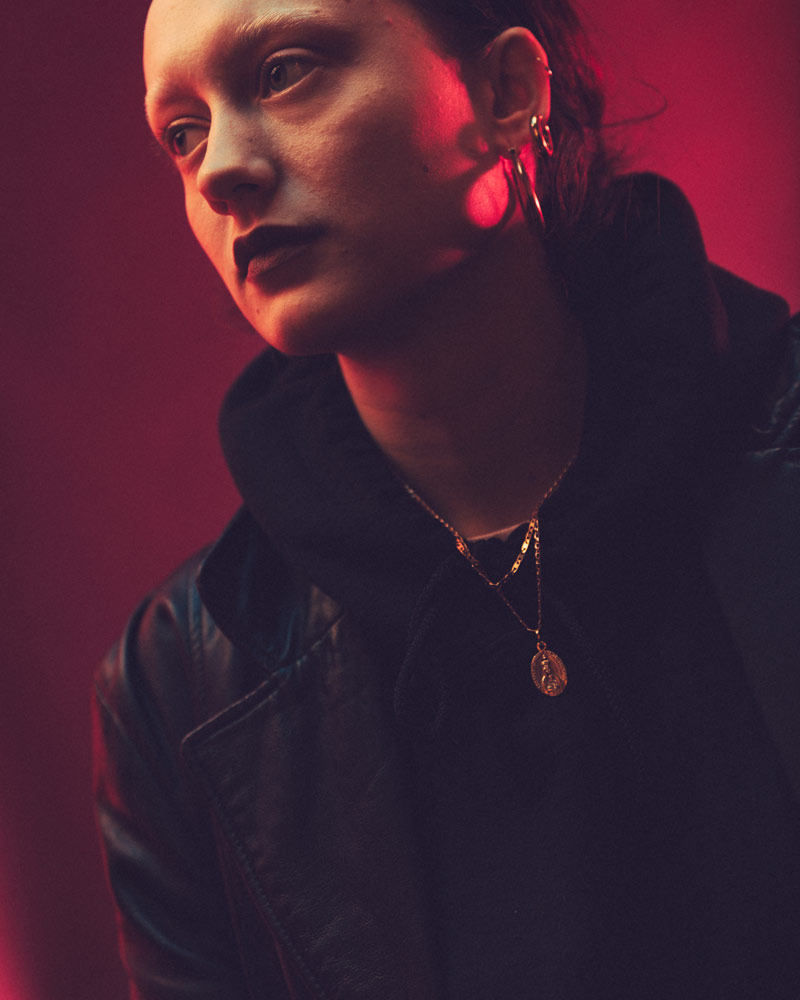 Almost one and a half years ago, we had an interview with an upcoming singer, named Tessa Dixson, with big plans and today she’s releasing her mind-blowing debut album ‘Genesis’. Since we first met, a lot has changed for the young singer, but our connection with her stayed just like her sweet personality. In the bedroom of our photographer, we talked about the album, the places she got influenced by and how she found herself.

Are you excited to finally release your album?

Yeah, I’m not sure if it’s excitement or just relieve that it’s done and I can show it to the world. It’s such a weird feeling to have worked on something for so long and then it’s out. I don’t know what to do with my life now. (laughs) I’m really excited to see what the reactions are, especially because the album has eleven new songs and people never really heard them, apart from some I already played live.

You just mentioned that the album consists of eleven new songs. Why did you decide to not include the singles you released last year?

I think my previous singles had a success on their own and I want the album to speak on its own without any references to “old” work. Also, as the name states, Genesis is like a rebirth of my music and my musical direction. I kind of figured out my musical career and think that’s why I didn’t want the previous singles on it. For me, it’s also more exciting to have all these new songs and this new vibe. The songs on the album are different from what I’ve released before and that’s making it fun. 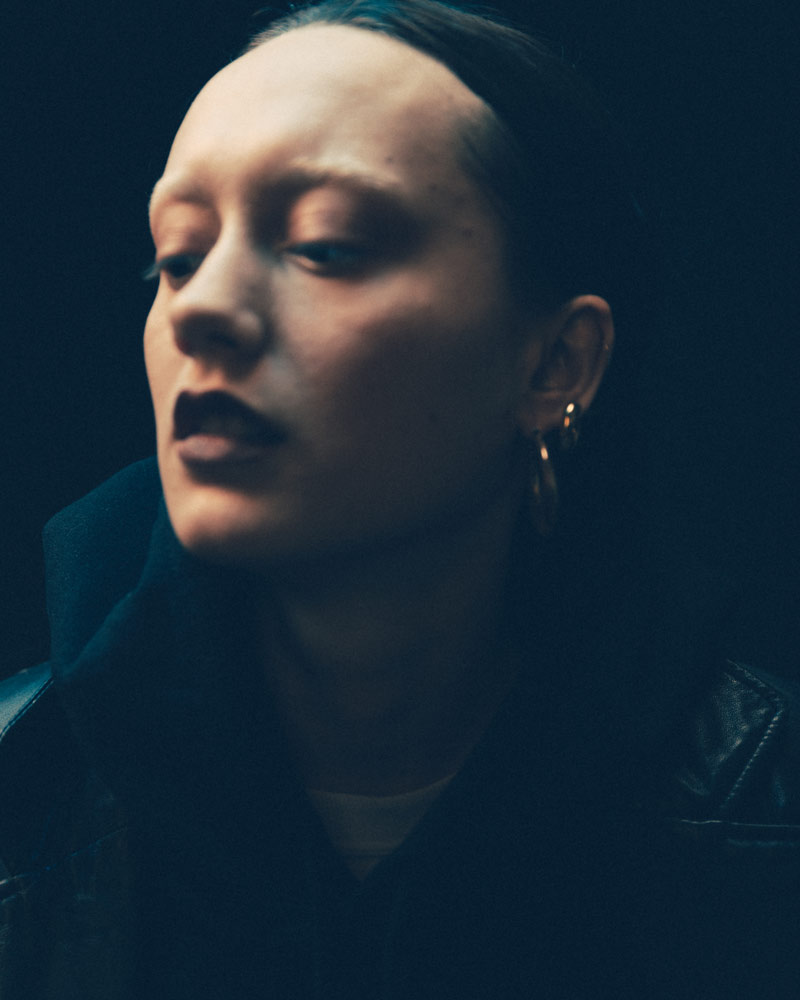 The album is quite experimental. What gave you the feeling that you have the space to experiment?

I really wanted the album to be different and that’s why I varied in the musical directions. I wanted to show my rebirth because when I was younger, I always wanted to make one kind of pop music. The singles I put out were really that and these new songs are really me discovering myself.

I was very young when I made the old singles and didn’t really know what I wanted, but it just happened. These news songs are more modern and reflect on how I’m now. They represent that I have different sides to me and that I’m not just one thing in my personality, but also my art or my fashion. Looking at that, I wanted to be more experimental and try different sounds.

I already said it a couple of times, but a ‘genre’ is dead now. Billie Eilish has said it in many interviews, but we’re really recreating ‘genres’ for our music generation I guess, which is really cool to be a part of. Billie helped us to do that and that’s what I wanted to work on.

Pop music is quite predictable, but your album isn’t. Would you call your music alternative pop?

Absolutely, I always have called it alternative pop, because, at the end of the day, I look like a pop artist and kind of am a pop artist and will always be, but I want to be wider. I think people get scared when you say “I make pop music,” and immediately think of Britney Spears or Ariana Grande. When you put alternative in front of pop, it already states that you’re making different pop.

In our previous interview, you mentioned that you don’t like to be put into a box and wanted to make different songs. How did you try to make the album coherent?

I don’t know, because it kind of happened naturally. I guess my voice and the melodies bring them together, but we never said that we had to make something that is coherent. It happened naturally and that’s why I think it’s a good first album to begin with and say that it’s gonna be like that from now on. We already have very exciting new songs ready as well, so it opened up my mind to what I want to make. Before that, I was kind of pushed to work with different people and had to make it work. 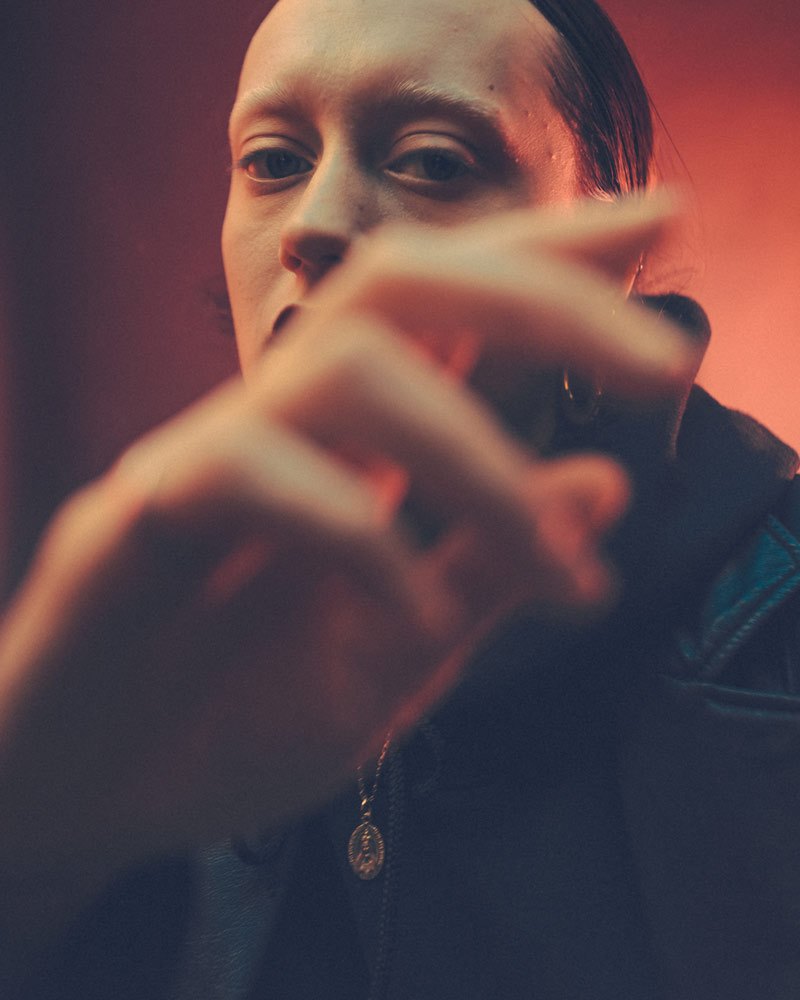 The album has songs that are acapella or sound like techno. Where did you get the inspiration?

In general, it’s probably the music I listen to. I can go from listening to a pop artist to techno. It just depends on my mood and I think that’s what I really wanted to show on my album. I can do many different things and I felt that I had the opportunity to show that.

I always wanted to make electronic music anyways, and that’s where it will go in the future already with music. Inspiration comes from everything and every thing. A lot of what I wrote is based on personal experiences, but also things I saw around me. The inspiration came from a lot of different places. There’s even a song on the album that is inspired by David Lynch’s Twin Peaks.

You’ve always been involved in making the visuals and you’re inspired by paintings and movies. What kind of art are you attracted to?

It’s not only paintings, but art in general. I love performance artists like for example Carlota Guerrero and Marina Abramovic. I also went to the MOMA in San Fransisco and saw art of Cy Twombly, which was very inspiring.

I’m rather inspired by modern art. For the album, we decided to modernize old paintings, because it was something I always wanted to do. I saw a lot of references on Pinterest, where people made a graphic on a painting and thought it was a good idea since Genesis is fairly religious, even though I’m not religious at all. There are also a lot of movies that inspire me, especially when they are mysterious like Lynch or Kubrick movies. I have a huge list of movies that are classics to me.

You have family in California, but grew up in the countryside of Belgium. Does the difference between both worlds inspire you?

I think, maybe it does and I don’t really realize it. It does have an imprint on who I am and I also speak English at home. Belgium, or Europe in general, is way more interesting artistically speaking. You can walk around and see so much history and it’s really important to live in a city that has so much to say. That’s what I miss in the States, because it’s superficial. I just went with Christmas to visit my family and came back with the thoughts: “Yes, I’m so glad that I’m home!” It’s a nice place and I’m with my family, but it doesn’t suit me at all.

I might end up living in New York one day. It’s great, but I feel like Europeans are way more interesting. Americans try to make themselves interesting and everything is about them and how they’re doing. You don’t really have a conversation or discussion and that’s something I miss, but maybe I haven’t met the right people over there. (laughs) That doesn’t take away that it’s a nice place to visit and I’ve been there since I was born, but I’m glad I figured out that I’m happy here.

The political climate is changing fast. Would you make a political song in the future?

Definitely! I don’t know if it’s a political statement, but it’s for sure talking about the world. We are a generation where we have to pick up the pieces and singing about it in a mysterious and dark way might be something that happens. I actually already do it at home when I’m at my piano and sing about the problems in the world.

I don’t know yet if it will be like a proper project, but we all have a voice, especially with our music. I have this idea of a project where I bring together artists to fight climate change. My mom is involved in fighting climate change, so for me it’s a real issue that I’ve always been about and starts to have a bigger impact on us. I hope I’ll be able to make a change one day with my imprint on life.

Genesis is the start of something bigger. What should the album lead to?

Not really. Mainly, I wanted to show myself that I can do different things and wanted to learn a lot through the process, which was exactly that. The thought process was more intense this time than in the past, so artistically speaking, it was a great discovery for myself.

I don’t want to say anything specific with the album and just want it to speak to some people to maybe start a discussion. There’s for example, a song about an unhealthy relationship, because I have a friend who’s in such a relationship and I feel that it’s important to talk about it because it happens all the time. As women, we tend to be in toxic relationships because we’re blinded by love and you deserve so much better.

The album is an open conversation and I also talk about my grandmother passing away. I’m very vulnerable in what I’m saying, so I hope it starts discussions and touches some people. Let’s see where it goes from there, because I don’t have any expectations. I’m the kind of person that expects the worst, so I’ll see where it goes.