Interview: The Aces Talk About Their Amazing Fans And Their New Album

The Aces have been around for a couple of years, but their new album ‘Under My Influence‘ finally put them on our radar. The four girls have toured the world and their record deal with Red Bull literally gave them wings. We had a Zoom talk with the four musicians to talk about their new era.

You released your second LP this summer. How has the response been so far?

Cristal: It’s been awesome. The fans have been more supportive than we’ve ever imagined, and we’re breaking into new fanbases and a bigger audience. It feels very rewarding.

Did you ever think about moving the album to a later date due to the COVID-19 situation?

Cristal: We did push our album back for about a month, but that was to support the Black Lives Matter movement. We didn’t want to take attention away from it and we wanted to use our platform to talk about the issue and spread awareness. In terms of the pandemic, it was more important than ever to put music out because of how scary and depressing everything has been this year.

As artists, we feel a big responsibility to bring the right albums out to help our fans get their minds off of everything that’s going on. That’s why we wanted to release our music and didn’t feel like postponing it. 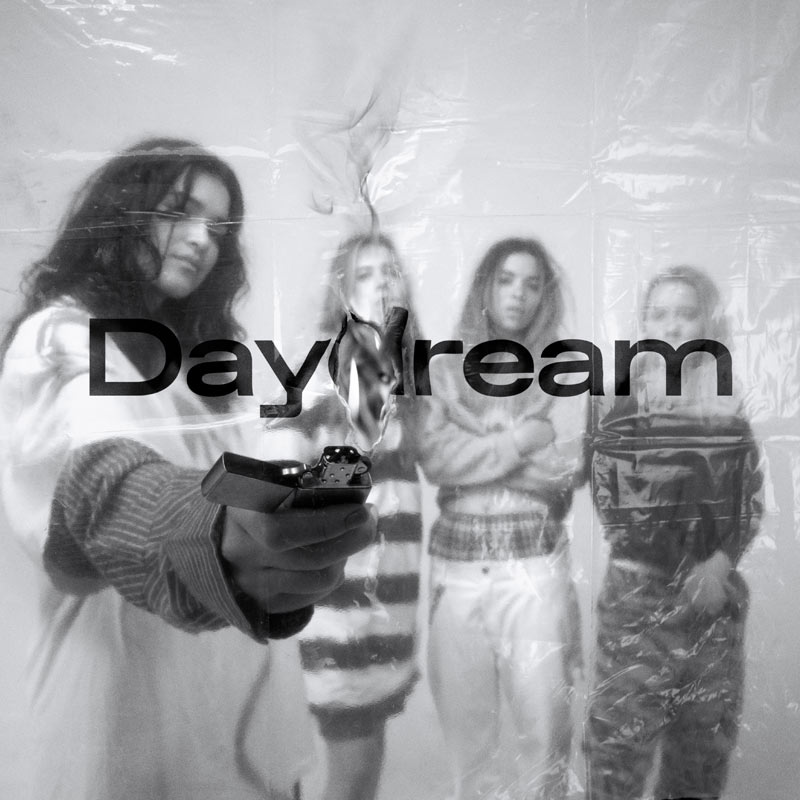 Is that also the reason why music is a safe place for you as well?

Cristal: Music is absolutely a safe place for us and it has been that way since we first started as a band. The Aces kept us sane during quarantine.

Did your fanbase have an impact on the sound or lyrics of Under My Influence?

Cristal: Absolutely! Without them, we couldn’t create Under My Influence. We know that everybody always says they have the best fans, but I really think The Aces do. Our fans are growing every day and they’re so powerful and passionate. We’ve been inspired by them to become as authentic as possible. Every time we get the opportunity to talk to them, the number one thing they say is that they can be themselves at our shows. It’s important for us to keep cultivating the culture around our band. Our music has become more honest because we have grown as artists but also because of our amazing fans.

Are there stories of fans that inspired songs on the album?

Cristal: I wouldn’t necessarily say they inspired songs on the album because all the songs are inspired by very personal experiences, but our fans constantly tell us amazing stories. A lot of our fans are queer, and they share with us their coming-out stories or tell us how The Aces inspired them to start with music. Just that energy overall is very inspiring for us as a band.

Katie: As people and as musicians, I feel like our fans inspired us heavily. I remember our 5 Seconds Of Summer tour when the hurricanes were happening in the east, we’ve had fans come to the show whose houses were flooded and destroyed. Despite their troubles, they had been looking forward to the show, and they got so emotional when talking to us. Those conversations were very inspiring to me, as part of The Aces, and made me realize how big the impact is that we have on young fans and how much our fans look forward to seeing us play live. What we can do for people in hard times is amazing. 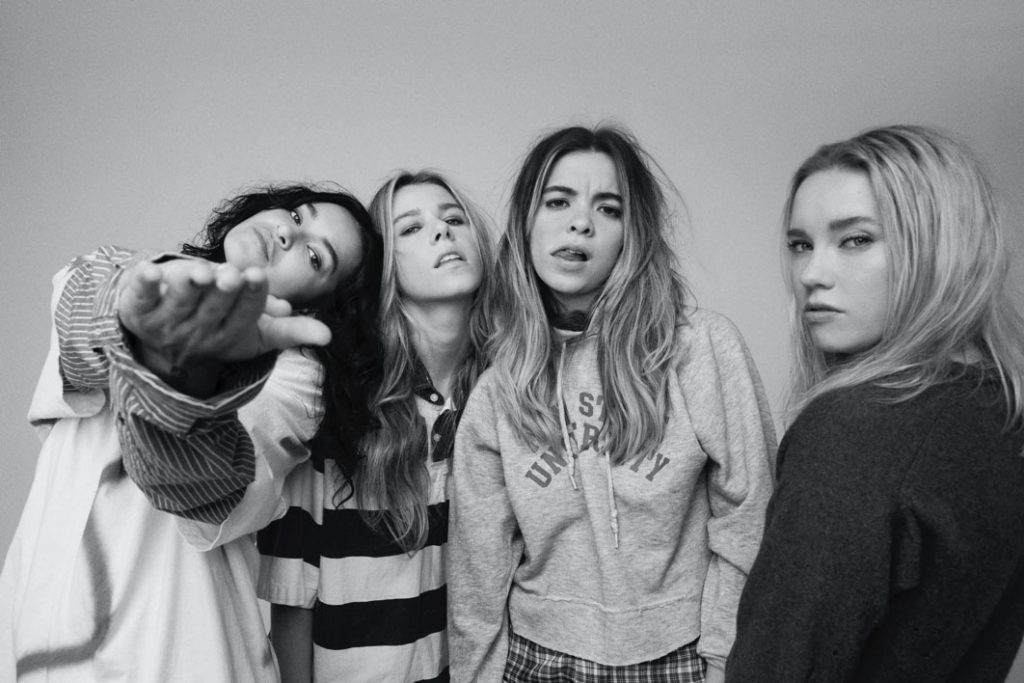 What’s the biggest difference between your debut album and the new one?

Cristal: Our new album feels different to us but at the same time, it feels like a natural progression from the first album. More than anything, we were just not afraid to experiment with what The Aces sound like. There were no rules when we made Under My Influence because we knew who we were speaking to or who our fanbase was. We knew that we owed our fans an authentic and real album.

You create art together and join forces to go on tour, but how did the friendship bond start originally?

Alisa: It started when we were young. We grew up in the same small town and went to the same school. Cristal and McKenna met in kindergarten but got close in 5th-6th grade. Cristal and I are sisters, so it started there, and McKenna was a really good friend who then became a part of the band. We met Katie a little bit later through school as well, and we were just best friends who started this band together. It was a hobby and a fun thing to do around our hometown, but when we got to graduating from high school, we started our fulltime career and decided to not go to college.

The Aces stand for sisterhood and friendship, but are you still keeping secrets from each other?

Cristal: I’m keeping many secrets, but there’s one dark secret I have to tell them later… No fully kidding! Honestly, we’re so transparent to each other, and I think there’s nothing the girls don’t know about me. They are the closest people in my life. I’d say there are no secrets at all. Unless if you have something to confess, girls…

Alisa: I think because of how long we have known each other and spent time together, we know each other better than anybody else knows us.

Cristal: It’s almost like if one of us tries to have a secret, the other would know. A secret would never survive, and we’d know before anybody else. 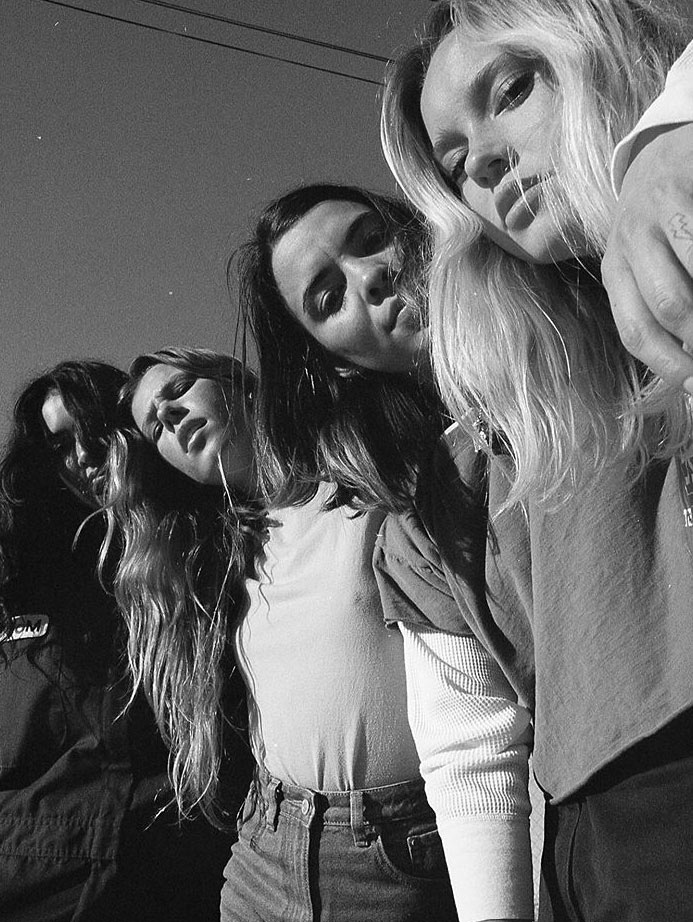 What was your lead single “Daydream” about? And how was it written?

Alisa: That song was so fun to make and was written in a matter of 15 minutes.

Cristal: Yeah, it was written so quickly. We were pretty much done with the record, and we were just having a one-off session with our producer Keith Varon and co-writer Nick Bailey that we had planned. We never write love songs, but because the melody was so energetic, we liked the idea of writing a song about daydreaming about being with someone.

Alisa: The song comes from such a personal spot because we’re touring musicians, which makes dating nearly impossible. So when you’re just starting to see someone and you’re excited about them, it feels like there’s a ticking time bomb on your time together. In “Daydream”, we wanted to capture romance, nostalgia, and those strong emotions you can have for someone even though your time together is limited. You start daydreaming to be together again.

We currently live in an unstable political climate where racism and homophobia are still a big thing. Do you reflect on these things in your songwriting as well?

Cristal: After this year, I think the third record might address some of those feelings. Under My Influence is definitely a very queer album in a lot of ways, like for example in the use of pronouns, but our next body of work could be even more of that.

Do you already have themes in mind for the next album?

Alisa: We’re always working on something new. That’s just how we work. We hear the songs that we make so much earlier than everyone else, so we already have been living with Under My Influence for about eight months. We’ve been listening to some songs on the record for about a year, so they’re not really new to us anymore. Right now, we’re already working on new things that we’re excited about, but we won’t give you any promises on when it’s coming out.

Photos by The Aces

10 Hot New Music Releases You Should Listen to This Week Although it’s been a hell of a week with many European countries going into full lockdown again, we found a…

Dua Lipa and Angèle Unite On Power Bop ‘Fever’ Dua Lipa has an amazing year behind her. The British pop superstar released her fantastic second record Future Nostalgia and…

Yung Mavu: “I Actually Prefer Singing Over Rapping” The Belgian rapper Yung Mavu went viral in 2017 with his song “BLACK MAGIC”, but with every release, he’s proven…

Manie Mania: Meet the Dutch DJ Redefining Club-Culture Mid-Quarantine In a world where most of us haven’t seen the inside of a club in over half a year, going…
X