With almost eleven million monthly listeners on Spotify, Swedish pop superstar Tove Lo is without any doubt one of the biggest Swedish pop acts of the moment. Since her debut in 2012, her success skyrocketed with her smash-hit “Habits” and since then, she hasn’t slowed down a bit. Her fourth album ‘Sunshine Kitty’ comes out this friday and we had the honor to meet Lo in Brussels to talk about her new project.

Hi Tove, are you ready to drop the album?

There’s a fact we can’t ignore, Kylie Minogue is on the album. Tell us more about that.

I’m so happy she was down for it, because I’ve been a fan since forever. Last year, we played at the same amfAR Gala in Hong Kong and I was like dying to meet her, but was a little bit afraid to go to her. I got to meet her and she was so kind, so I told her that I would love to work with her. “I would love to do that!” is what she said so I always kept that in mind.

Unfortunately, we never had the opportunity to go in the studio together since our shedules are busy, but I reached out when I had this song, “Really Don’t Like U”. I could really hear her voice on it and Kylie also liked the story of it. It’s about walking into a party and seeing your ex with a new girl and you just feel that you start to hate that girl, but it’s not her fault. It’s about admitting that you’re wrong. She really liked the theme and she was really into it when I sent it to her. She did her thing with it, changed some stuff and added some really amazing things. I can’t wait to release it because it’s going to be really sick! 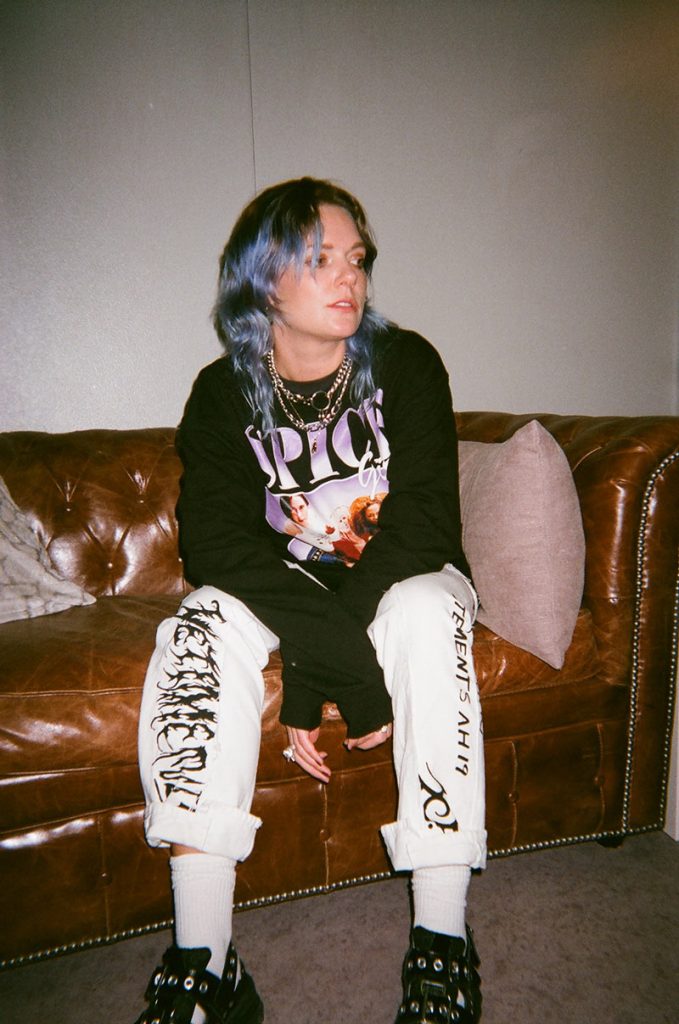 Sunshine Kitty is an ode to ‘pussy power’. How important is it for you to underline the power of women?

I’ve seen a really big change in the last five years since I’ve started. It’s kind of incredible. In a way, I know it’s different in every country and there are stupid movements against equality, but I’ve seen at least in the environments that I’m in that people are trying to make a change. I feel so supported by the female artists around me and I try to support all the female artists around me too. Just seeing all these girls working together… female artists are collaborating way more than I’ve seen in the past. It‘s not that rivalry anymore, which is amazing.

You’re not just a singer, but also an activist who fights for the rights of the LGBTQ+ community. Is there a special lesson you want to teach the world?

The thing is that I don’t see myself as very political or I’m not super well-read. I just speak from my heart, though I think that sometimes it can get dangerous when you’re not really well-read on subjects and you’re talking as a public person. But the basic stuff is that the LGBTQ+ community deserves all the rights the fucking straight community has. We should all be just one community but as long as that’s not real, there has got to be a support system. For me, it’s important to stand up for them.

What I’m trying to say is that empathy, inequality and trying to picture yourself in someone else’s shoes, despite the things you were taught when you were young, is very important because the world has changed. I feel very passionate about it, especially because I grew up very liberal with open-minded parents.

Apart from making these statements, you’ve never been to shy to show some skin. Have you always been someone who loves to cross the boundaries of what’s generally accepted by the society?

I think that’s partly because I come from a place where it isn’t seen as provocative. Maybe, I didn’t realize that I was provoking as much I was when I started out. I often didn’t know why everyone was reacting so harshly to what I was doing. I’ll always answer my questions honestly and never really had training on what to say or not to say during an interview. I guess, I was being naive about thinking that the world is an open place, but I’m happy about that because I think that my honesty helped me a lot.

What’s the point of trying to be polished to sell more records? I put a lot of effort in everything that I’m releasing and I’m really proud of every project. So being myself feels natural to me. It doesn’t resonate with all the people, but that’s definitely okay. 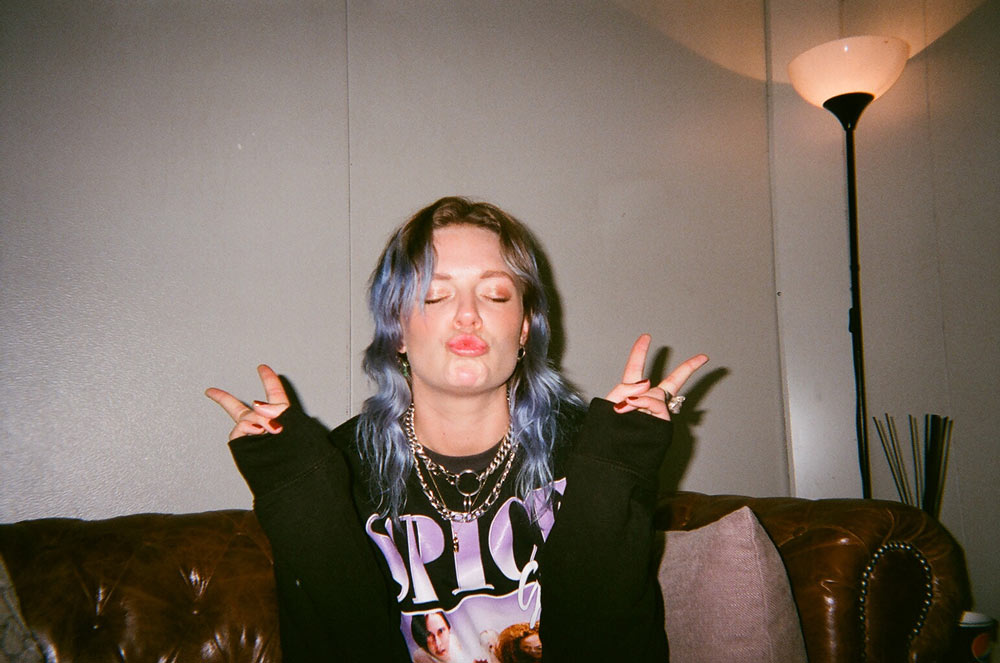 One of the songs on the album is called “Bad as the Boys” and tells a story of a summer love. What’s the story behind the song and why did you involve singer Alma in this song?

It’s the story of my first summer crush on a girl and the experience that made me realize that I’m also into girls. It was a secret and the feelings about this were so intense, so I wanted to share this song with someone who had a similar experience. Alma is very open about being gay and she has such a bad ass voice, that it was a perfect match for the song. She killed it! We’re very good friends and I love to hang out with her.

Aren’t you nervous about sharing personal stories with billions of people?

I don’t realize that when I write my songs, because I’m always in a ‘studio bubble’. I always write about things that need to get off my chest. So, if I would think about how many people will listen to the song, I would edit myself and lose the reason why I’m doing this.

Let’s throw it back to the time when you scored your first big hit with ‘Habits’. In what kind of position are you today and do you feel more free compared to six years ago?

I felt free to release what I want the whole time and I think it’s very important to be proud of everything you put out. I feel more relaxed now in situations I didn’t understand in the first round. There’s so much about being an artist that hasn’t anything to do with music. That was hard for me to understand at first, but now I get it and don’t take it too seriously. You just have to stay yourself  and people will tell you that you have to improve yourself, your music, your looks… but don’t fall for it. Do what you feel like, even though it’s hard sometimes and keep the right people around you that keep you grounded. 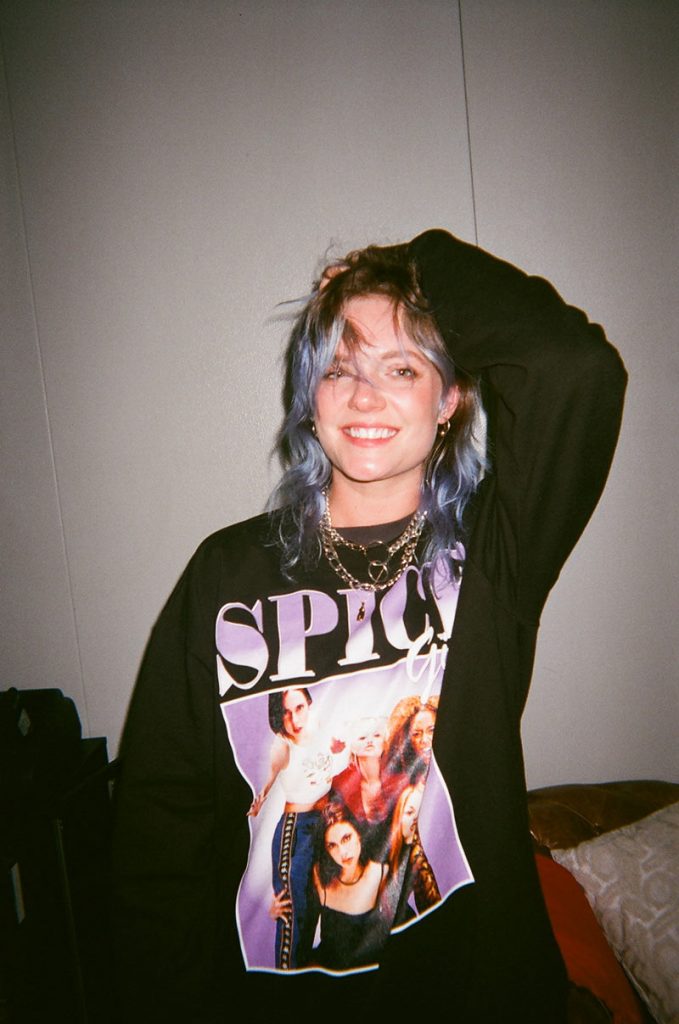 You’ve always been a very visual artist and always have very special music videos. Do you already have ideas for the visuals of Sunshine Kitty?

I haven’t decided yet if I’m going to make a short film for this album, but I’m putting a lot of effort in my videos and the visual side of it. I’m looking out for projects where I can act more and be even more part of the music. Writing the soundtrack for a whole movie and also act in it, is my biggest dream. I kind of did that with the short film for my previous album Blue Lips, but I would love to make a full movie at some point…

We would definitely buy a ticket for that. Thanks Tove and hopefully see you soon!