Jessie Ware on Her New Album: “I Was Trying to Return to Myself”

Jessie Ware already sold millions of records, won multiple big awards, and sold out venues all over the globe with her first three albums. After wrapping up the album campaign of her previous record ‘Glasshouse’, the British singer started working on her sophomore fourth record. ‘What’s Your Pleasure‘ is Jessie’s return to her early sound with even more disco and funk influences and is a strong return for the celebrated artist.

You already made three albums. How was the process of making the album different this time?

I think it’s the return to making a project with one person, amongst other people, of course, but with James Ford as the key person. I think I really needed someone who was able to merge all the ideas and have this focus. Making the album was just incredibly fun and effortless.

There are some similarities between your debut Devotion and the new record. In what way is What’s Your Pleasure a reflection of your celebrated debut?

I think there’s a kind of freedom and naiveté when you start in this music world because you don’t really know how everything works. It’s that enthusiasm and the ability to take risks without having to think about agendas that were really wonderful to me. 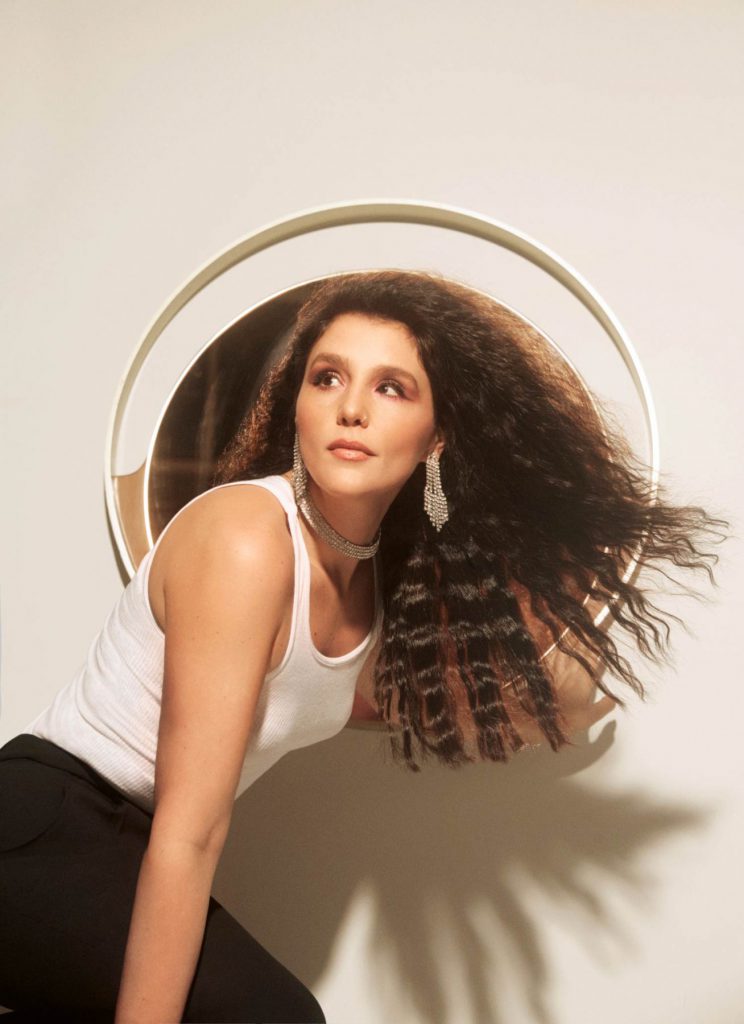 Seventies and eighties inspired music seems to be the new trend in the music industry, but you do it with a different approach. What makes this funk and disco-inspired sound so attractive?

I came from the world of dance, and my first entry point to experiencing dance music was through drum and bass. I love that, but there’s something so soulful about house and disco that I wanted to tap into that and the warmth of it. I wanted this modern approach to making music, so it’s definitely nostalgic, but we also wanted to create something that sounds relatively fresh and fun. For me, there’s a freedom in dance music because you can completely enjoy yourself and direct that to other people. I love the optimism about that.

Your songs have been remixed a lot in the past. Did that inspire you to go for this sound as well?

I mean, I love it when I get remixed and they mess around with my vocals because it’s always a reimagination of the song. I wanted to experiment with how my voice was presented in the songs and not have these very dry pop vocals. In the last song of the album, for example, it’s not necessarily me singing the chorus, but rather me singing it with a lot of other people. We started to use my voice as an instrument, which was really lovely. And because I love remixes so much, we’re probably going to release a remix version of the album. It makes me excited, and it gives me so much joy to know that you can go anywhere with dance music.

The new songs feature a lot of violins. What makes combining classical music elements with temporary beats so powerful?

Jules Buckley is the composer for the record. We had worked together in the past when I was a vocalist for an orchestra live show. We got along really well, and he wanted to be involved in something with me and I really wanted to work with him. It really elevates music, and I think it kind of gives this cinematic quality that I’ve always wanted to achieve.

In my dreams, I can perform this record live in a club or I can do it in the Royal Albert Hall with a whole orchestra. It’s limitless, and I love that.

The new album has been labeled as a collection of very sexy and flirtatious songs. Where did all this desire come from?

I’m a mother of two now and I adore that, but you lose the chance to go out clubbing, and I wanted to have that feeling again. There’s nothing better than when you first experience clubbing and dancing. I felt like I maybe didn’t have enough of that at the time. And the sexiness is kind of because it’s fun. 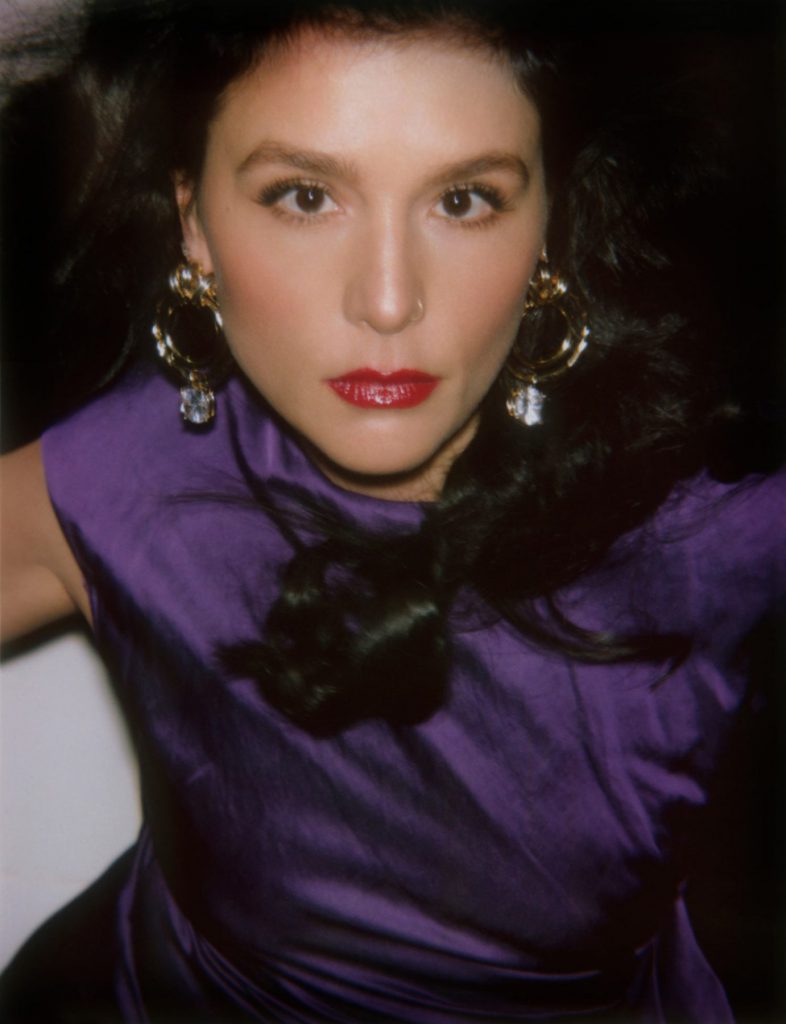 In between the album process, you gave birth to your second child. Did that have any impact on the result of the album?

It just took a bit longer. But you know, that’s why it was really nice to have James. He has a family as well and understands it. There was no pressure. Everything was very relaxing and unpressurized.

Do you work better when you don’t have any pressure?

It’s weird because I have lots of things going on right now: I have a podcast, I’ve written a book, and I made a record. I like to have a lot going on, but I haven’t dealt well with the pressure of the industry because I find it’s very unforgiving. The starting point is why you make music and what it should be for, but that sometimes disappears. So, I need to remind myself of that.

Did you have a lot of self-doubts in the past years?

I think it was just a bit of grinding down. I was forgetting myself a little bit. So yeah, it’s sometimes just exhausting, and I was just trying to prove too much that I could do everything because of the pressure.

The main inspiration of the album seems to be the irresistibility of love. Were all the songs written from fantasies or are the songs based on real stories?

No, “Adore You” is about me and my unborn child who was in my tummy at the time. “Remember Where You Are” is about the situation of today, and it’s about what’s going in the world. It’s a weird time right now. “In Your Eyes” is a personal song that’s about reminiscing someone. So, there are some real stories on the record, but it was quite nice to also step away from that as well.

Talking about the album closer “Remember Where You Are”. It’s a slightly political song since it talks about our society and how it’s divided. Was it a way for you to write a song about your own frustrations?

When I was in the studio, we were talking about the current situation, and we were just having an open discussion. I think it was about this feeling of “this might be going on in the world, but remember who you have close and hold onto them.” I mean, it’s the nearest I’ve gotten to any political situation. It’s just reflecting on society and the way we’re living right now. 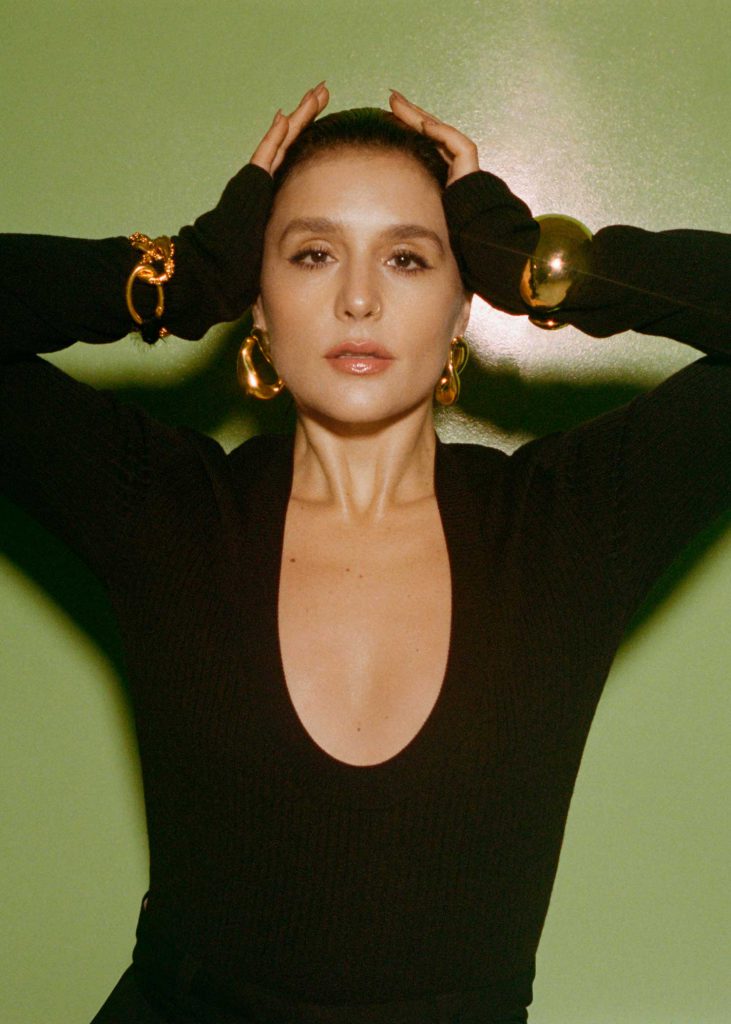 A lot of artists are exploring songwriting about political topics, but you kept it a bit different. Do you think that you will maybe write an album with a lot of political statements in the future?

I don’t know. I’m not sure. I think whatever feels right. Never say never. I think there are some amazing people out there already doing that, but yeah. Who knows.

You stated that the album is escapism for you in a specific way. Was there a moment where you realized you needed to reinvent yourself as an artist?

I think it’s exhausting having to feel like you have to reinvent yourself. If anything, I was trying to return to myself. But yeah, I think there’s this kind of preoccupation, especially with women that feel like they have to reinvent themselves for men. I think it’s also you as an artist, you want to keep trying things and keep pushing. You don’t want to ever feel like you’re repeating the same thing. I still feel like I’m trying to find my perfect voice, but I think I’m nearing that with this record. 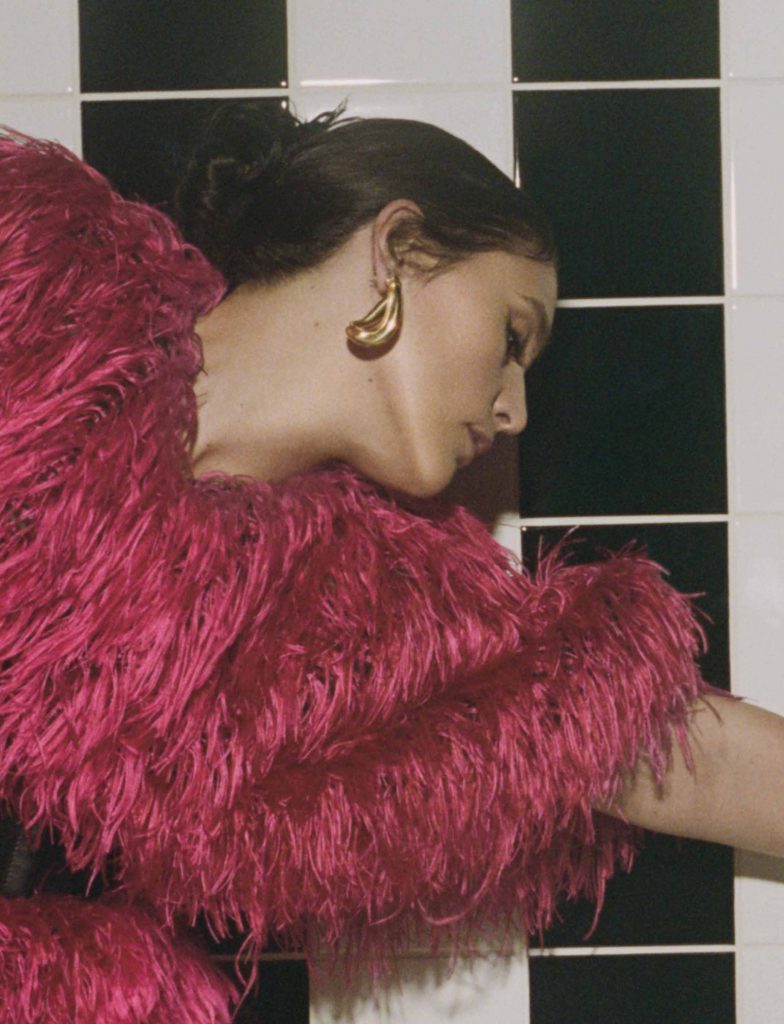 My favorite song of the album is “Save a Kiss” and it took a different meaning during this pandemic. Who are you saving kisses for?

My best friend’s baby who I haven’t seen. I’ve seen her from afar, but I want to be able to cuddle her. And my mom and my friends.

We live in a time where we have to do a lot of social distancing and our way of life has changed. Did you have any difficulties adapting yourself to the new situation?

I didn’t find it too hard to adapt. I think it kind of had so much to do with promoting the record. I’ve been very busy. I haven’t had much time to just stop and relax, which I’m really appreciative of. I haven’t been lonely, I haven’t felt lost. So, I had a focus, which was very beneficial for me to feel alright during this lockdown.

But yeah, I’m really proud of how we’ve adapted to this. We’ve made music videos, we’ve done photoshoots, we’ve promoted the whole record, we’ve done TV shows. It shows how much you can do in your living room.

We kept ourselves busy during quarantine by listening to your podcast. It’s a big success because it has over 18 million downloads, which is insane. Why was it important for you to discover a new kind of audience?

I guess it wasn’t my intention to get a new audience, it was just something we were trying out with the podcast. Then people liked it and caught onto it. We’ve been going on for a while now. We just gradually brought in more people that were listening to it. It’s been a wonderful thing to be part of, and I feel very lucky that we get to keep going.

You’ve already had some amazing guests. Is there someone you really want for your podcast?

Yeah, we’d love to get Marcus Rashford from Manchester United. We love him. There are some sports people that we really like and want to get on the podcast. We’ve been trying to get Elton John on for ages. Barack and Michelle Obama would be lovely too.

You’ve announced your UK tour for 2021, which already has some sold-out shows. What are the plans to promote the album because we live in such unsure times?

If we carry on to be in lockdown I have to think of a way to get it to you over the internet. But hopefully, I’ll be able to tour. I love touring in Europe. I’ve had wonderful shows there, so hopefully, I will be able to do it. We’ll just try to be creative on how to put it out.

The record comes out on Friday. We’re trying to do a visual for each song. We’re getting there. It’s exciting.