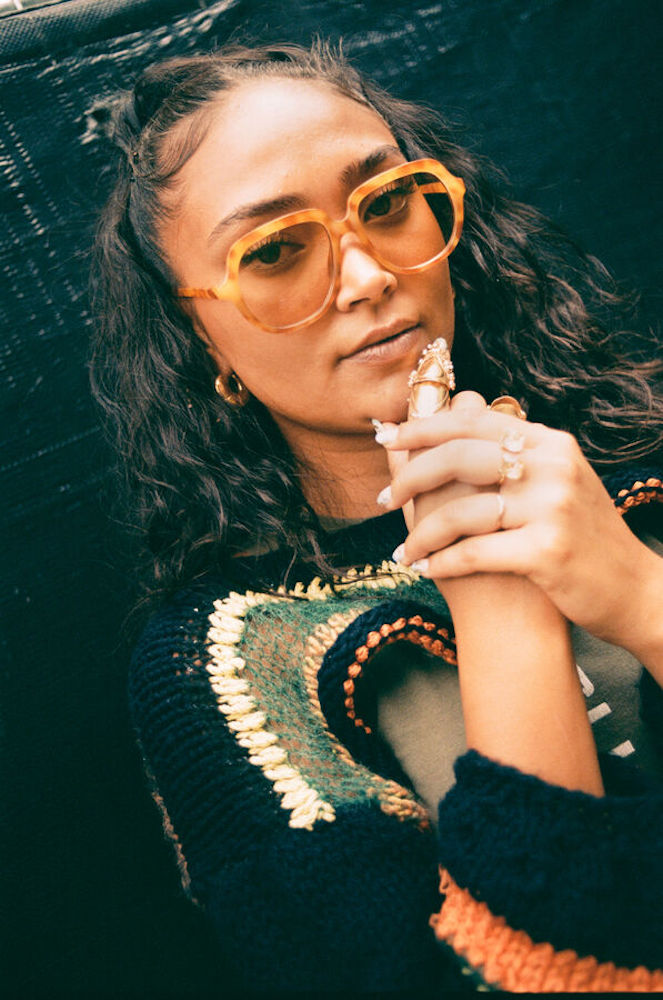 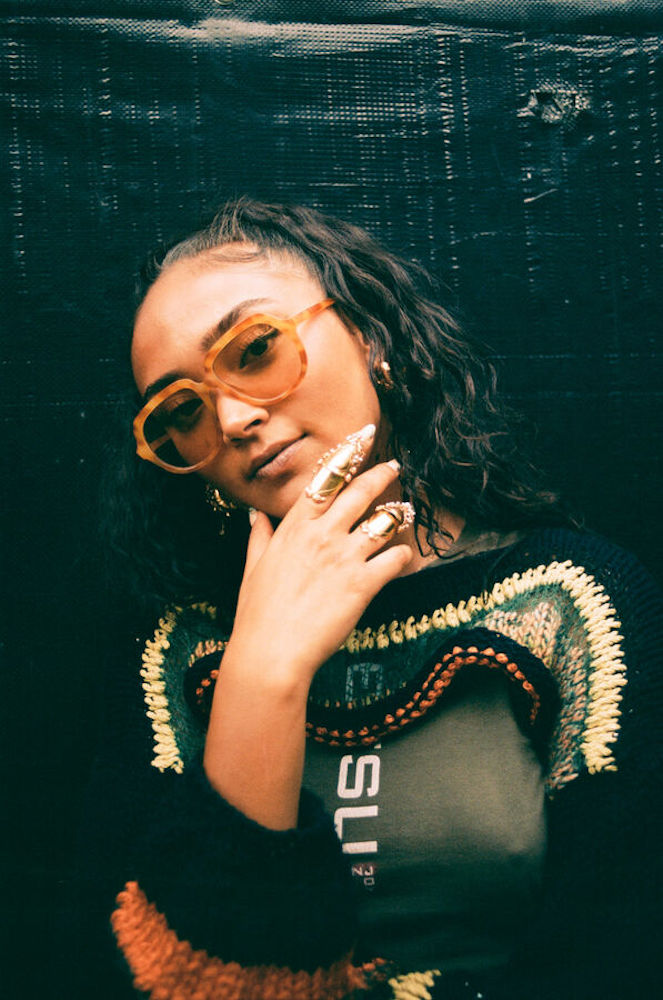 Joy Crookes: “I Wanted to Be Proud of ‘Skin’ Without Validation from External Sources”

We have long looked forward to the return of festivals, and we were not the only ones. At the first edition of CORE Festival in Brussels, we had a date with the British songstress Joy Crookes, who was set to perform on the main stage later that day. A year ago, she released her debut album, ‘Skin’ on which she let her insanely powerful voice fully unfold. It is, therefore, no surprise that she will be performing on Glastonbury’s legendary Pyramid Stage within a few weeks. We looked ahead to that performance, talked about ‘Skin’, and were curious about where she sees herself in five years.

We’re finally back at the festivals, a year after your big breakthrough. How are you feeling about the festival summer?

I’m a bit tired because I’ve just been on a European tour, but I’m excited. I love festivals and how free they can feel. I’m so excited to see what happens when I perform because it always changes every year.

Do you approach festivals differently compared to solo shows in clubs or more intimate venues?

The set is definitely different because people come to a festival to have a good time. It doesn’t mean that people aren’t having a good time when I perform ballads, but I don’t think I’m going to do as many ballads at festivals. All slower songs aren’t as appropriate at a festival, there’s one or two I want to do but that would be the ones where people sing along. I’m excited to make people dance and have a good time because I love to have a good time myself. I want to keep the same energy with other people. 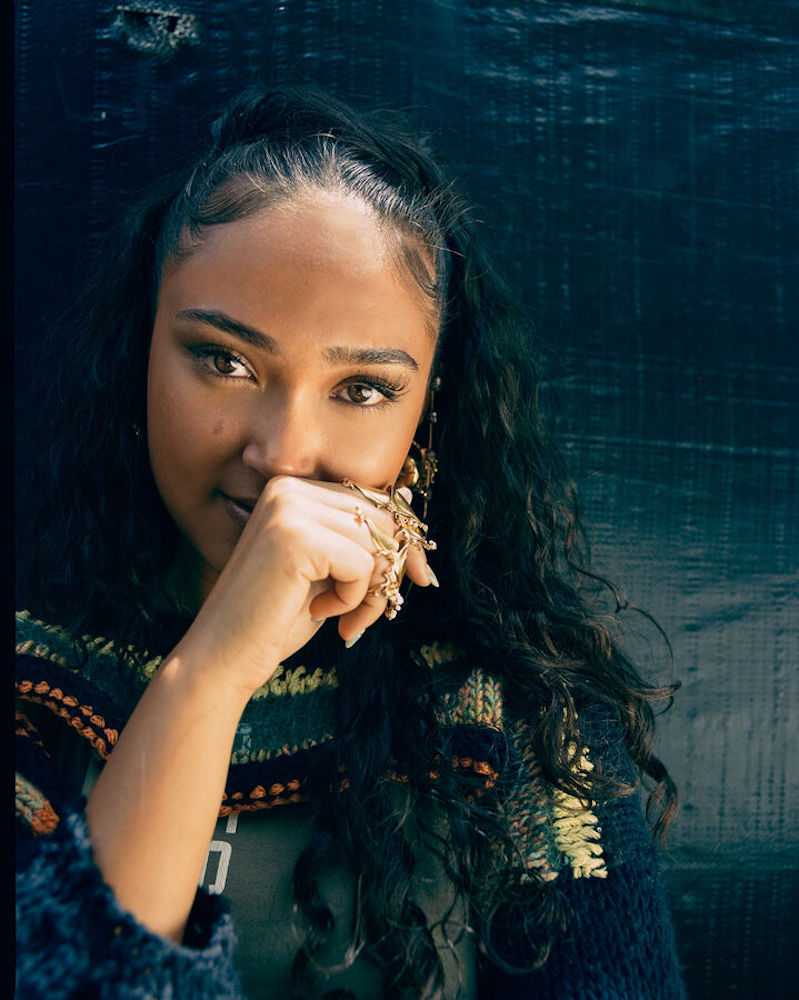 What kind of festivals do you usually go to yourself?

I love live music, and I love festivals that are near my home. I like the idea of going home afterward. City festivals are amazing because I’m just too cute for a tent. The only option is a posh tent, and I’m happy that I got one for Glastonbury.

It’s also going to be the first time you’re performing your debut album at Glastonbury. How are you living towards that milestone?

It’s a crazy set and slot, so I’m very excited about it. We’re actually playing the Pyramid Stage, the main stage.

Isn’t it nerve-wracking to know that you’re playing on the most legendary stage in the world?

I’m shitting myself, and I do get very nervous. Glastonbury is one of the biggest festivals in the world and is just so iconic. Especially in British culture. I’m definitely fucking shitting myself.

Does it add any stress that so many people will hear your stories when you’re playing live?

Honestly, no. Music is incredible because it’s up for interpretation, and I love that people interpret the song for themselves and do it in many different ways. That is something that I love. I love to see people sing my songs to their friends. My favorite thing when I perform is seeing two people turn to each other and sing my lyrics back to each other. That’s just so heartwarming. Honestly, I try to approach every live show including festivals as I really want to have a good time. Because when I have a good time, they’re going to have a good time. I want the crowd to feel like they are having the best time, whether that be that they’re releasing emotions or just dancing. I just want to be hypersensitive and feel something. 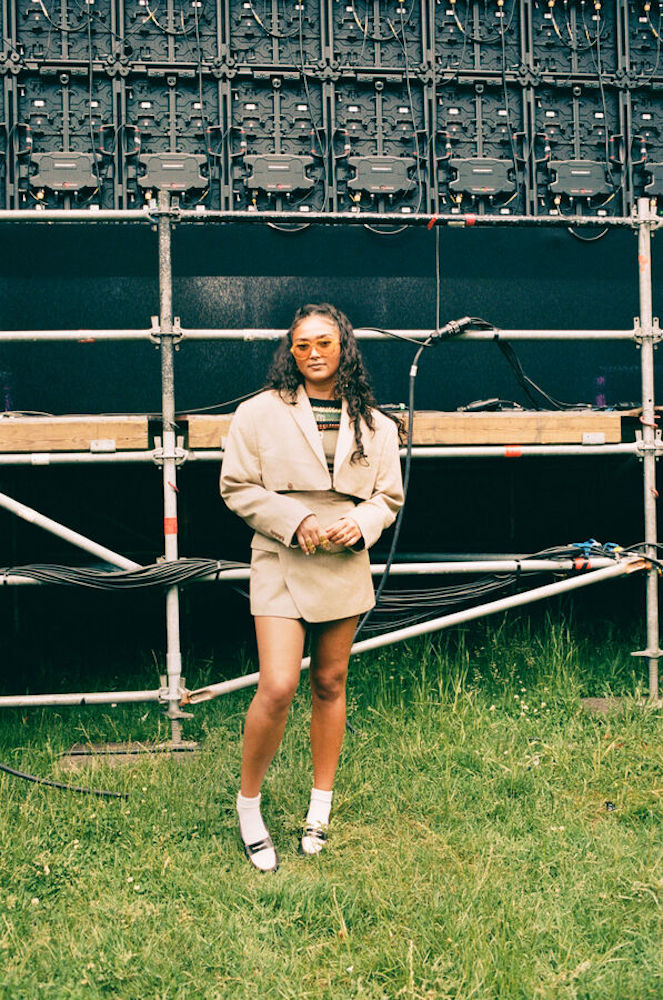 Is having a connection with your audience your favorite thing about performing live?

Absolutely, because that’s just so special, but I also try to have a connection with myself when I perform. I get to reconnect with every song every night on a tour or during festival season and get back to where I was when I wrote the songs or find a new place in a state of mind when I sing them. I love performing, and it feels like meditation sometimes because you get so lost in it.

Is there one song that has the most special place in your heart when you perform live?

I love “Wild Jasmine” because it’s such a nice song to perform live. The band has so much fun, I have so much fun, and I feel like the crowd responds well to it.

How are you looking back at working on and releasing Skin? Was it difficult to do that at a time when everything in the music industry remained so uncertain?

I was so desperate to put out an album because I felt so happy the whole time making it. It was stressful at times because of deadlines and questioning the sound, but otherwise, I was and still am so proud of it. That’s the only emotion I can really say; I was so proud.

Did putting out Skin liberate you to start working on new music?

Finishing it! Before anyone even heard it, I was so happy with it so that was an amazing feeling. Performing and seeing how people react made me want to write more music but also live the experience when you’re writing new music. 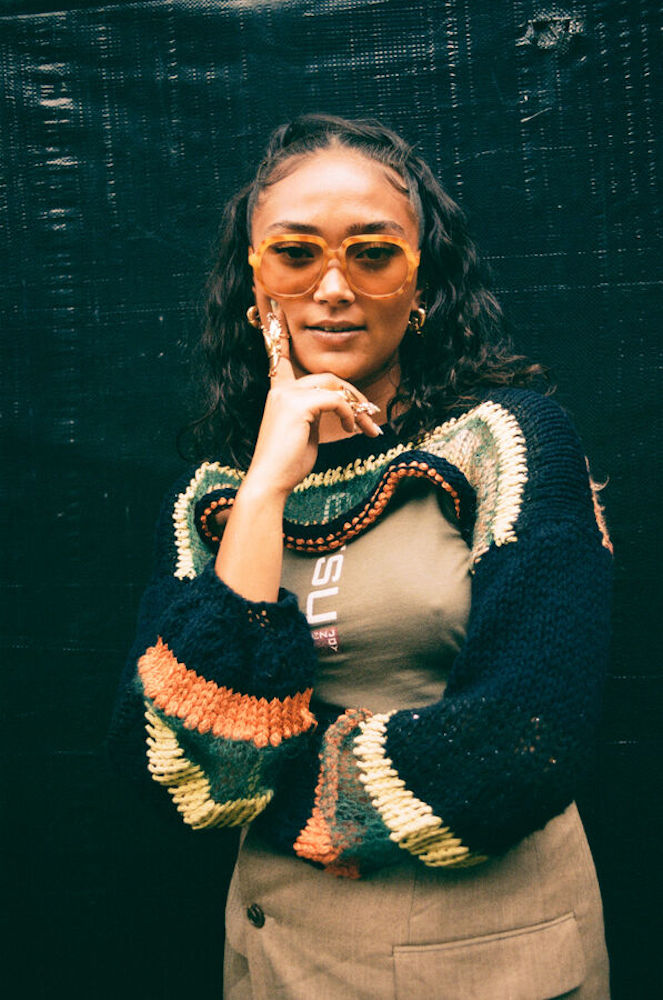 Was there a specific thing you wanted to achieve with the album?

The album is out, and you’re touring the world. What’s coming up in the next few months?

We’re doing festivals now, and we have an Australian tour, so we’re basically calling it a world tour because we’re going everywhere. I want to keep writing, I want to start writing in America and hopefully, write the second album this year.

If we meet again in five years, where do you want to be then?

Hopefully on my third or fourth album.