K.ZIA: “I Want to Grow as a Human Being and Develop”

K.ZIA is a name we urge you to remember because her music has the power to inspire millions of people. The singer grew up in a very musical household and already performed in the most beautiful cities as the background singer of her mother, the iconic Zap Mama. With her debut album ‘Genesis’, due for this winter, K.ZIA will establish herself as the singer to keep an eye on. We met her for breakfast in Berlin, where she shined as bright as the sun that morning.

You recently put out “JFMB”. Are you already used to releasing songs or is it still something nerve-wracking?

I’m already used to putting music out, but this one feels different. It’s my first song in French, so I was a bit nervous about that. It’s a whole new world that I’m trying to talk to and a different way that I’m expressing myself in. French people—more than Belgian people—are more critical and like to downgrade things. I was nervous, but it feels nice so far, and I’m very excited to see where it goes. 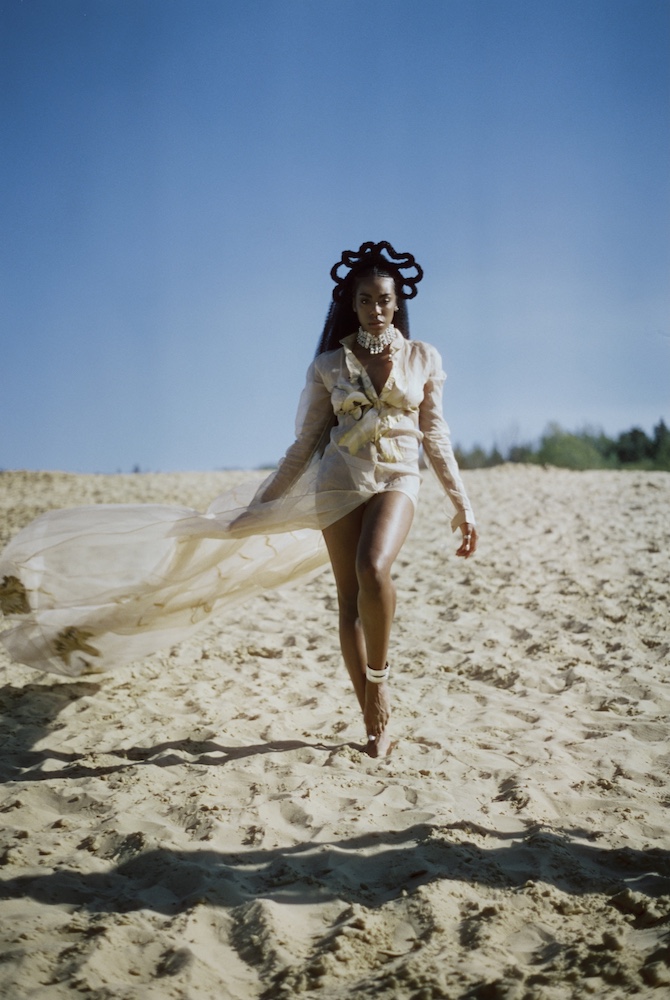 I think Zia is more fierce and more street in the energy. While K.Zia is more like, “This is who I am, I’d like you to respect that.” Zia is definitely more, “This is who I am, fuck you if you don’t get it.” These are the main differences I’d say. K.Zia is more touching, about togetherness, and being accepting. Whereas Zia is definitely about freedom and living unapologetically. The values are low-key the same but are just expressed differently.

It’s not a random thing. I grew up speaking French and English. I went to an English private school and that means you’re surrounded by a certain type of people with a specific lifestyle. I went to middle school and high school in France, which are also different types of people. That’s also why I’m expressing myself more ‘private school’ in English, whereas my French is more street because I was surrounded by people with another background.

Speaking and writing only in English about certain subjects is totally me, but I felt like a part of me wasn’t expressing itself. I had conversations with my mom saying that there’s a fire in me she didn’t see as much. I’m not pretending to be someone else, that’s just what comes out when I write. Then I realized there’s a different energy when I write in French, which made her say: “Aha, there you are! This cheeky little one that was talking back when you were little.”

You’ve already been around quite a lot and seen many places. How was it to move to Berlin, a city where there’s a big mixture of many different cultures?

I’m someone who really loves new stuff and discovering new things, so moving is always very exciting for me. It’s always nice to have a fresh start, discover a new bunch of hoods, people, and cultures. It was yet just another fresh start as I had moved quite a lot in my life. As much as Berlin is very different from Brussels, there are still quite some similarities. It didn’t feel like a total change, but it was enough for me to move to Berlin because I was starting to get a bit saturated with Brussels. Berlin is big enough for me to be still here after five years of living here.

Is there another city you’d like to live in?

I’m definitely thinking of moving. I just don’t necessarily know where yet. Recently, I went to Dakar. I really see myself living there as a home. I figured out that I don’t think that I’ll be living in one place only. I’d love to have a home in the States, in Europe, and Africa, for me to be fulfilled in all kinds of ways because I’m a mixture of the three. Maybe, Berlin could be my own hub and Brussels or Paris will be because of my family. My dad lives in Paris and my mom in Brussels, so I always go back, and Berlin could be mine. Dakar will probably be the one on the African continent, and I still need to figure out where I feel most at home in the States. 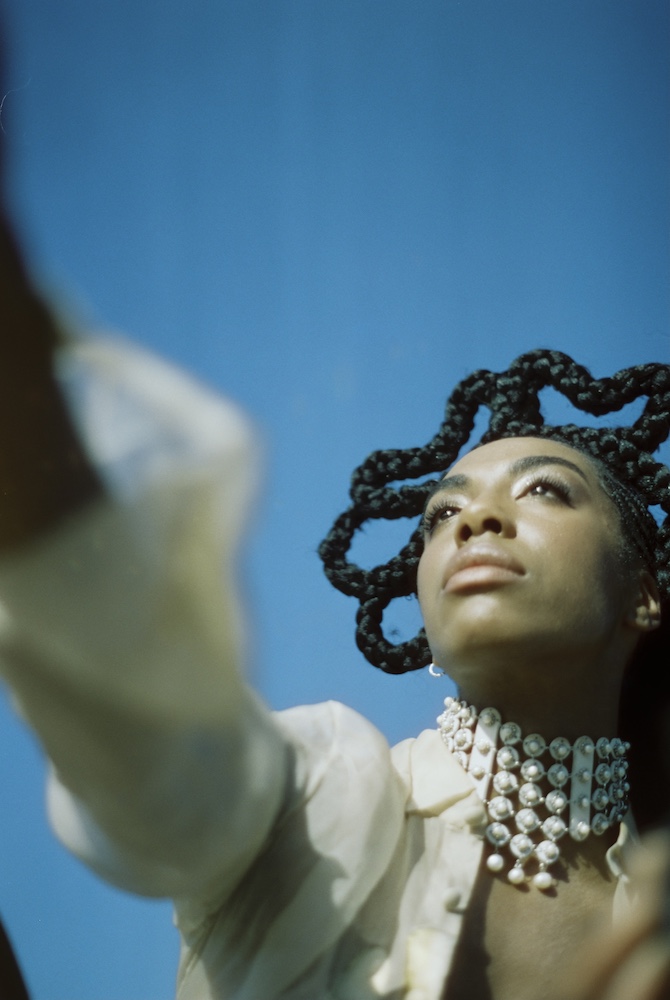 The visuals seem to be very important to you. Do you sometimes struggle with expressing how you feel or is it something you’re at ease with?

It’s not at all a struggle. The struggle is more the execution of it in terms of budget. I have crazy visions and ideas, but it often costs a lot. I’m looking forward to not having to limit myself because of budgets. It’s a great way to learn, and it’s part of the story, so I’m happy I can do it step by step.

I get inspired pretty easily when it comes to visuals, but I’m also looking forward to working with other people whose expertise it is to make visuals. I’m not primarily a visuals artist but a singer. I have good ideas, but I know that visual artists can take it to the next level. I’m very much looking forward to that because I love visual art so much. I even want to do something for cinema as I love acting as well.

In the past few months, you’ve been working on your first full-length body of work Genesis. Was it made with the intention to make an album or was it there after working on a range of songs?

It was more the second one because it wasn’t planned to do an album at first. I actually wanted to make an EP. With time and discussions, it led to becoming an album. I must say that I didn’t really sit down and say that I’m doing an album. It actually just happened and was me expressing myself on a body of work. I’m looking forward to making an album with a whole concept, rather than it piecing itself up. It was definitely different, and I definitely like it better than just doing a random single, even though that’s fun as well. It allowed me to dig deeper into my art.

What are you planning around the release of Genesis? What will you focus on?

Live performances are really important for me and visuals are a huge part of my identity. I want to grow as a human being and develop. I want to become my 2.8 version soon and grow with the people around me work-wise.

If you could situate yourself on a scale, would you already say that you know what kind of artist you are or want to be?

That’s why I think I’m able to do an album now. I reached a place where I know myself a lot more artistically speaking, not just as a human being. As I said, it’s forever growth, and I’m not at the summum of who I am. Definitely enough to make something more concrete like that.