Kojaque: “Dublin Is a Very Difficult and Frustrating Place to Live”

Kojaque took his time to work on his debut album, but Town’s Dead was absolutely worth the wait. The Irish rapper managed to capture raw emotions and frustrations into his impressive body of work, which helped him gain a devoted fan base. Since he’s currently touring through Europe and the UK, we decided to meet up with the rapper in Brussels and had a reflective chat about his album, Dublin, and collaborating with other artists.

Kojaque, how’s life at the moment? Are you having fun?

Good. I’m a little bit tired at the moment, but it’s good to be back on the road.

You had to wait a while to present your debut album Town’s Dead in front of a live audience. How did you experience the reaction of the crowd during the first show in Amsterdam?

It’s been a lot more lively than I expected. I haven’t played in Amsterdam for two years. The last time, I was the support act of Slowthai in the sister venue. As a support act, people usually don’t know your music, and it’s a bit reserved. My headline show here was crazy. 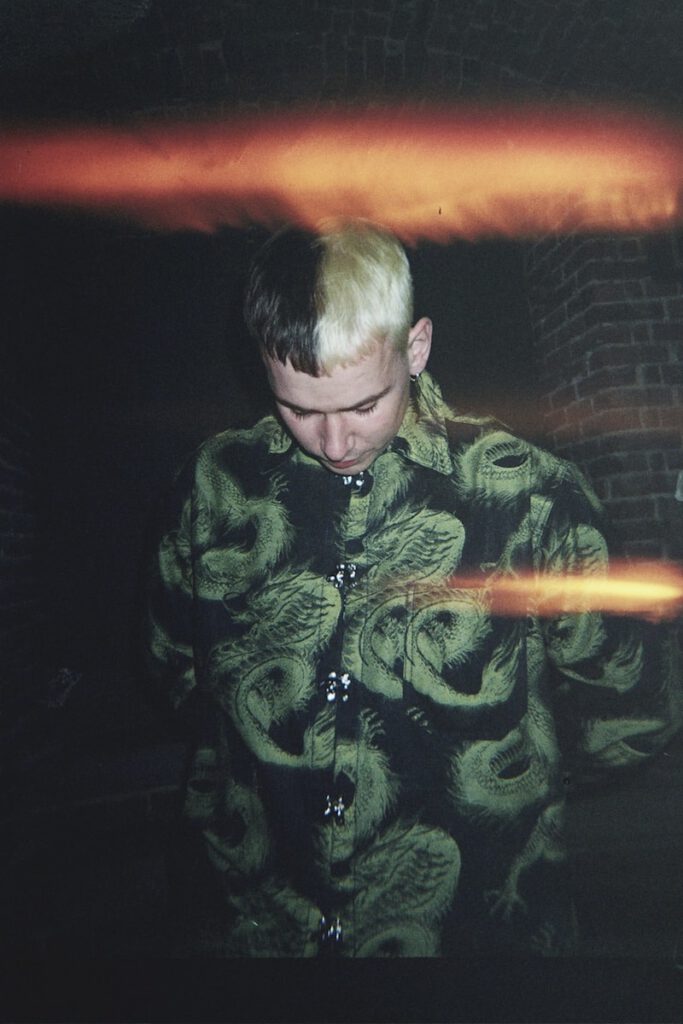 How did you prepare for this tour? Was there a special structure you followed to create the setlist?

It’s really depending on the energy. Some songs are more intense, so you want to start big because people are excited to see you on stage. We wanted it to start big and then bring the energy down for a bit with some of the older songs. In the end, we want to reach that climax again. You test it every night and refine it whenever you feel like things need to be changed. You want the show to flow nicely.

You just mentioned that there’s a difference between the more intense songs and the intimate songs. Would you say that Kojaque has two different sides?

It’s more that some songs are more intimate and more reflective on a personal level. Other songs are more an energy thing, that is more for people that like to get lost in the music and don’t want to think too much. That’s where the more intense songs fit in. You also have to curate the shows that make sense. It’s a hard thing to do when you got songs that are very different, but you get used to it.

What’s your favorite aspect of making music? Is it the live performing, songwriting, or something totally different?

The performance for sure. For me, it’s the least stressful, and I really enjoy performing. I don’t ever get too nervous because all the music and hard things are done. Writing, recording, coming up with the visuals … is really hard work. The performance is fun because I know all the words and have fun with them.

How would you summarize the writing process of your debut album Town’s Dead?

It was very stressful, but I would probably describe it as long. Some of the songs are already four or five years old. The most difficult part was sitting on the songs, not releasing them, and trying to remember that they’re for a bigger project because it was not the right time for them to come out. It was difficult to link all these songs together since some of them were older and some were brand new. I wanted to create a narrative that links all the songs that feels like one piece. I liked it, though. Once we got down to the mixing of the album, I really enjoyed it. It was a hard process. 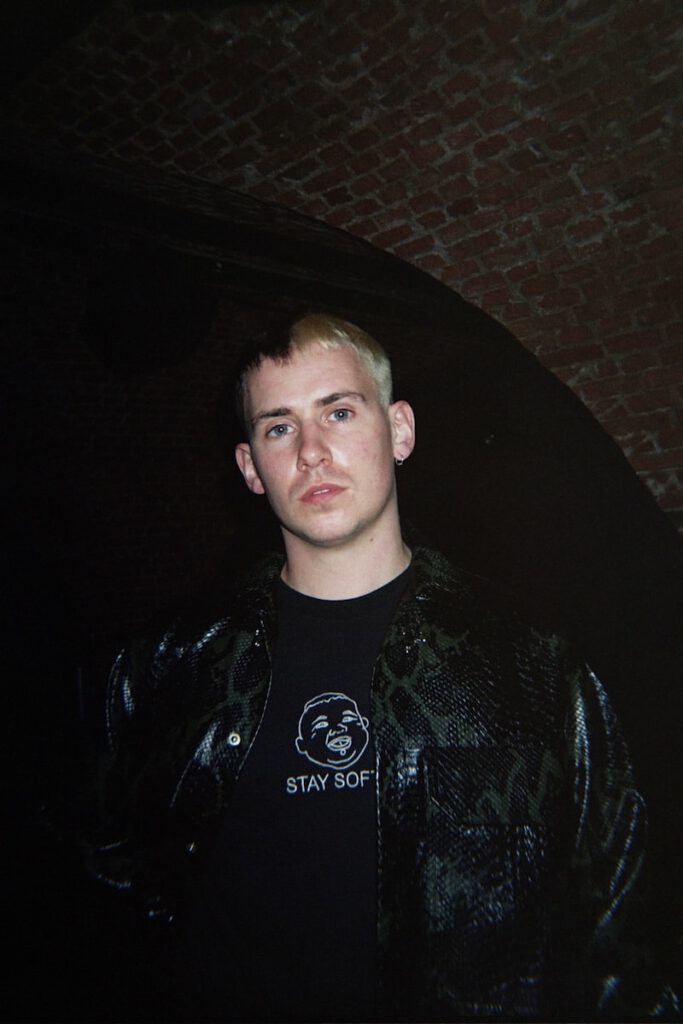 Are you an artist that wants to make concept albums or prefers projects that collect songs?

I like to work on bigger projects. I find it hard to even put singles out. My favorite artists are more album-based like Kendrick Lamar and Tyler, the Creator. Even when I listen to music, I don’t really listen to songs but enjoy full albums. That means that I’m also very picky. If there’s an album that isn’t good from start to finish, I wouldn’t listen to it. That’s probably why I work like that.

Are you afraid that people won’t take their time to listen to the full project anymore because streaming platforms are very single-focused?

The majority of people probably don’t listen to a full project but that’s something you have to understand. Unfortunately, a lot of people won’t care as much about a project as much as you do. It means something different to every person, and it means something different to me. It’s nice that you have these persons that listen to your entire album from front to back, and it could be their religion. It could be the only thing they listen to in the next couple of months.

I like to put my effort into an album or a larger project. I think there’s a gratification for it because it will be that piece forever. It doesn’t change, unless your Kanye West, and in that case, you change it every time it comes out. 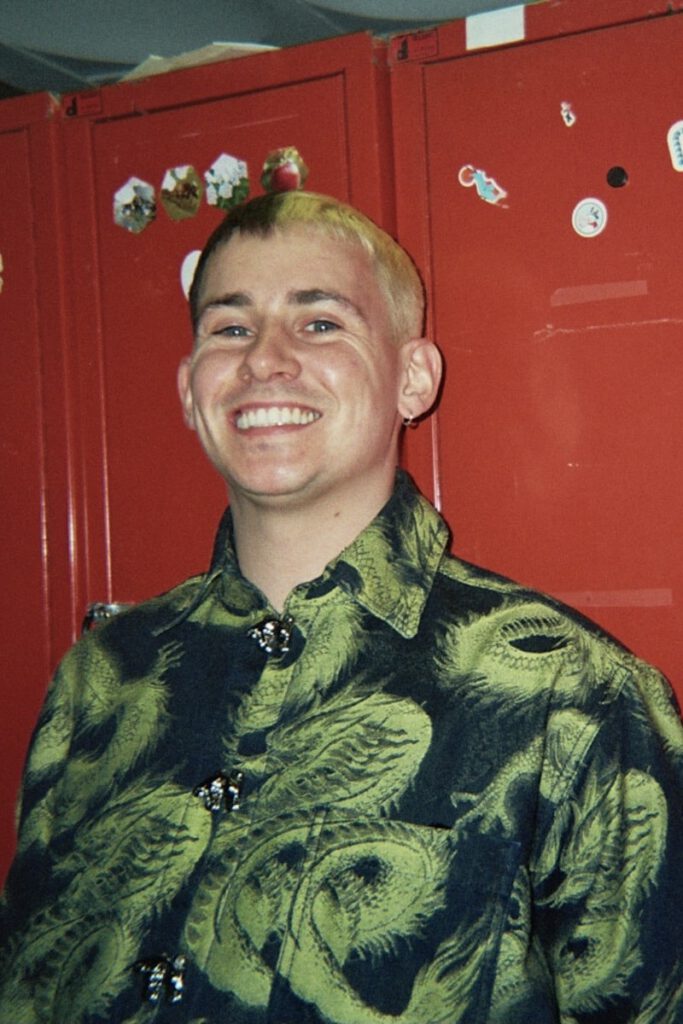 While listening to the album, we were wondering how much your environment has influenced the album. In what way did Dublin or Ireland affect the outcome?

My music tends to be a reflection of where I’m at or the environment I’m in, I suppose. Dublin just made its way into the album, whether I wanted it to or not. It’s a very difficult and frustrating place to live. After a time, you can be upset or pissed off because there are so many issues there. You can’t tell or understand why. There’s this underwhelming feeling of frustration, which comes out in my music a lot. It’s very difficult because it’s such a great place at the same time. The people there are great and there’s great energy in the city.

A lot of people from outside Dublin or Ireland don’t know that. When you think of Irish people, you think of very happy people, but there are a lot of issues there or wrong things. You only feel that when you live there or speak to someone who lives there. You won’t know or hear that, but it’s important to talk about it.

I’m writing a lot and doing a lot of collaborations, which is cool. I haven’t done that a lot in the past, and the people I tend to work with were my friends. I have done collaborations, but it doesn’t feel like it when it’s with friends. I’m working with people outside my circle with different sounds. I also try to sing a bit more but that’s a new thing to try and a new challenge. That’s what I’m working on at the moment.

Do you think that these collaborations will help you to get out of your comfort zone?

Other people will bring things to the table that I would never think of. It’s difficult to hear yourself on something new like a new sound or musically but that’s the thing. 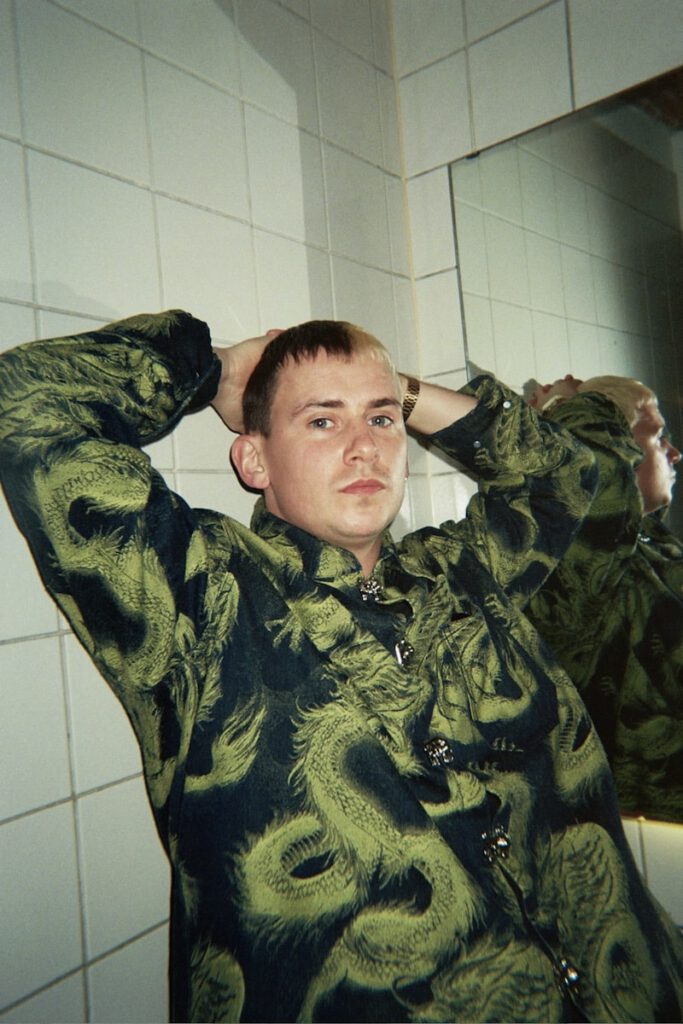 Are we talking about new music coming out soon?

I’m not sure how soon it will be, but I’m working on it. There’s new music coming, but I don’t know when. I like to sit on them and take my time. I’m trying to let go of that too and break with old habits. It might be very soon. We’ll figure it out.

Kojaque’s debut album ‘Town’s Dead’ is out on all platforms.