L’Or Du Commun: “There Are More Melodies and Risk-Taking on This Album”

Two and a half years after the release of their well-acclaimed debut album SAPIENS, Brussels-based rap collective L’Or Du Commun returns with ‘Avant la nuit’, a 14-track introspective and melody-driven record that confirms the band’s capacity to always reach further. We caught up with Primero, Swing, and Loxley to chat about the development of the project and the vibes behind each track.

What would be the ideal conditions to listen to your album for the first time?

Swing: I like the moment when you come back from a party, walking home at night. After 10 pm, without a mask. (laughs) You know, that time. For me, it’s a moment when I love to listen to music, and I take it in a different way. Not just because of the alcohol or anything, it’s just a particular moment: you’re just more sensitive because of fatigue. You’re alone, you’re walking in the empty streets. There’s a bit of a sense of freedom that comes out of that experience, and I think it’s cool.

Primero: I agree. I ride my bike a lot in the city, and it’s true that it’s also the time to dive into something. Whether it’s early in the morning if you have something to do, or in the evening when you come back home, there’s this kind of magic thing. Sometimes I even take a detour to finish the record I’m listening to. 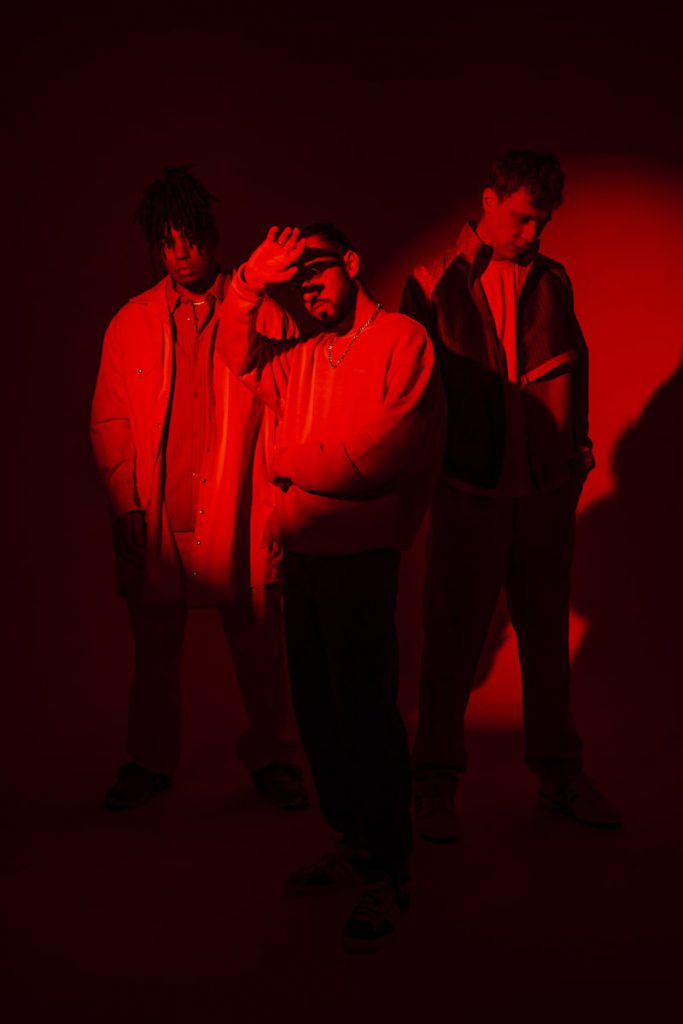 What’s the best track to listen to in order to cheer yourself up?

Primero: I would say “Pansement”. Even though the title doesn’t sell you that idea, that’s what I’m going for. (laughs)

Swing: I don’t know. Surprisingly, it’s about my saddest songs that I receive the most messages where people tell me: “Thank you for this song. I was at my worst, I listened to it, and it gave me strength.” So I wonder whether it’s a phenomenon that’s like: “Oh shit, he’s going through this too. I’m not the only one who’s going through this kind of sadness” or if it’s because they think, “Okay if he’s making a song about it, it’s because I’m allowed to feel what I feel and it’s part of life.” But I think there’s a whole thing like that, and in that sense, I would go for “Inertie”. I think it does the job too.

What other songs have a happy aspect?

Primero: I believe “Descente” does have that aspect too.

Swing: I’m not sure about that, in my opinion, “Descente” is a proper rap song. “Inertie” has more of an emotional side. And I think it generally comes to emotions when you’re not feeling well.

With this project, you reshaped your sound into something way more melodic. Which track represents this change the best?

Primero: I would say “Ciel rouge”. This is the track that was the most unexpected for me. I think it’s an interesting proposal. When we were looking for the tracklist, initially it came up quite early, but then we decided to put it towards the end, and I realized that I could better experience it if listened to all the other tracks before. As if the other tracks allowed me to understand that one properly. 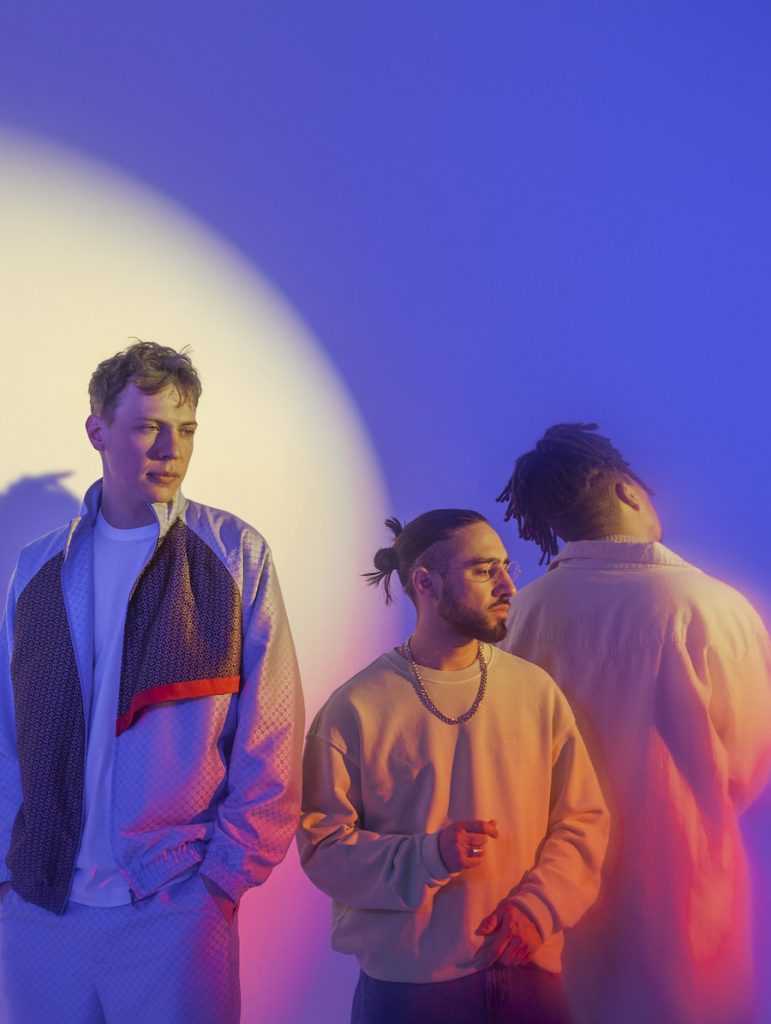 Swing: It’s not that for me, but I think it’s personal. The production of “Ciel rouge” was initially made for me, but I directly perceived it as a production for the three of us. So I didn’t think, “Oh fuck, we did it” because in my head it was obvious.

Loxley: For me too, “Ciel rouge” is a bit of a given one. Intimately, without having thought about it, deep down I was hoping we would do this track someday. It could have been different, but more or less this track. In my opinion, the song that is the least like us is “C’est dingue”. There’s something new in the production. Then again, it’s all personal, nobody agrees. (laughs)

Swing, what song are you thinking of?

Swing: For me, it’s “Inertie”, I didn’t want to say it again, but that’s it. (laughs) Just in terms of arrangements, it’s a particular track; there are no drums at the beginning and then it goes into a kind of dramatic ending while remaining philosophical.

Primero: Swing’s right about “Inertie”, in the sense that it’s a song that has had an important path, it has had many faces. It’s a cocktail of many elements that we brought: there was a top line, there was a first prod and then it was completely revisited. Also, the album contains more melodies. We worked with different people, in different studios, so we could also go and learn new ways of working, try out new material, and test some vocal effects. Swing and I come from two solo projects in which we experimented with various things too. I think all that contributed to the fact that there are more melodies and risk-taking on this album. 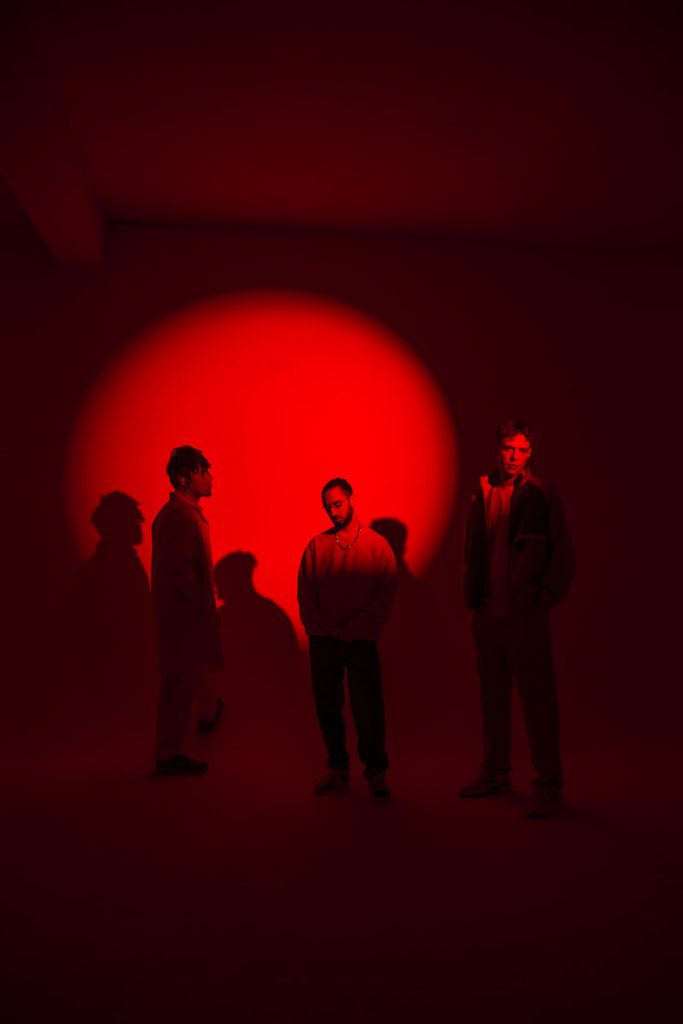 Where did you compose, write, and record this second album?

Swing: It’s a multitude of moments of intense creation spread over two and a half years, in various places with various beat-makers. Obviously, we started with residences that focused on writing, then we finished with residences with Phasm and PH Trigano. They helped us refine the project; they reproduced some prods on which we had written, they rearranged, they made intros, outros, premixed, and looked for voice effects a lot. It’s with them that we connected each track to one another.

Loxley: As all three of us have other activities, it was a project that was quite scattered actually. We were working, then we put the album aside for two months. COVID-19 had a massive impact too; we were thinking, “Ah well it’s going to be in six weeks,” and then eventually it was, “Ah no, it’s going to be in six months.” The album could have been released earlier.

What were the differences between the residencies?

Primero: Our residencies had a different role each time. Sometimes it was just about meeting beat-makers to make prods, sometimes it was writing, sometimes it was arranging, but we were always together. Each time, it allowed us to have hindsight on what had been done at the previous residency to properly kick off the next one.

Working with others also enables you to get a different perspective on your project, right?

Primero: Exactly. Since we gave ourselves the freedom to go and look everywhere, we also had to involve people at the end of the process to make everything homogeneous. 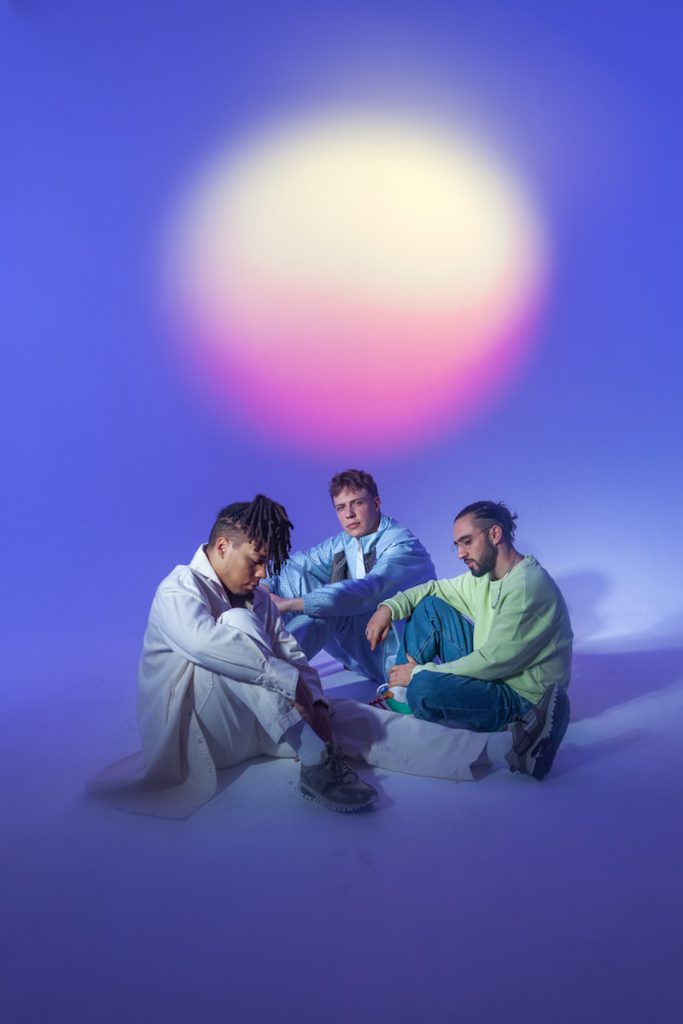 If you could change the order of the tracklist, what would it look like?

Primero: You know, we did what we always do: we write down all the tracks’ names on little pieces of paper, and we play around with them to create some sort of a puzzle. If I’m being honest, we’ve always struggled with track lists, but I kinda like this activity. It’s something we always do at the end, although while working on the album, we sometimes feel like a specific track is going to be the intro, or that a couple of songs are going to work really well together. But it’s not precise yet, this puzzle game rather happens at the end of the process.

Swing: There are some prime spots: the beginning and the end. Usually, that’s where it’s most clear for us because not just any song can open an album nor end it. It depends on what you want to tell, on which emotional path you want to take the listener. But I must confess that it’s impossible to give you another one, it wouldn’t be relevant either.

Primero: The only interesting thing to know is that there were other tracklists, but by distilling the record, letting it rest, and listening to it again, we came to this one where we said to ourselves, “This is the best face the album could have.” And I think the importance of the tracklist is not negligible. Nowadays, people just skim over it, and sometimes they just go and listen to the feats, etc. But I think we are part of those artists whose records are to be listened to from the beginning to the end, in their logical continuation. It’s more interesting this way.

What message did you want to convey with that tracklist?

Primero: There are different roles, clearly a track like “Négatif” which in its form—even in the storytelling—is a very good link between the previous project and the new one, and is still a proposal that is quite faithful to what people could hear before. Then you have a track like “Inertie”, which is very calm, airs thoroughly, and we need in the middle of the album to mark a break with all that has just been told and to go on with the following. A track like “Pollen”, which is a soft exit, reminiscent of a soft exit during a gig; the last track, which you didn’t expect, so that you don’t leave the room frustrated.

Swing: Pollen is like a mocha dessert. You’re a bit tipsy, you’re happy, you don’t know why. (laughs)

Primero: All these pieces have a role to play also in the way they are placed in the chronology.

What’s the best track to dance to, whether it’s at a concert or alone in a flat?

Primero: You can do the waltz on “Inertie” and a pogo on “Banane”, it really depends on the dance.

Loxley: I think the principle is that anyone can dance to anything. There are some groovy tracks like “Banane”, but it’s not a dancing album per se. It’s rather an album to present life, I think.

What track would you recommend us to show our parents to introduce them to the band?

Loxley: I would say “Négatif”. My aunt liked it a lot, even though she’s not into rap at all. 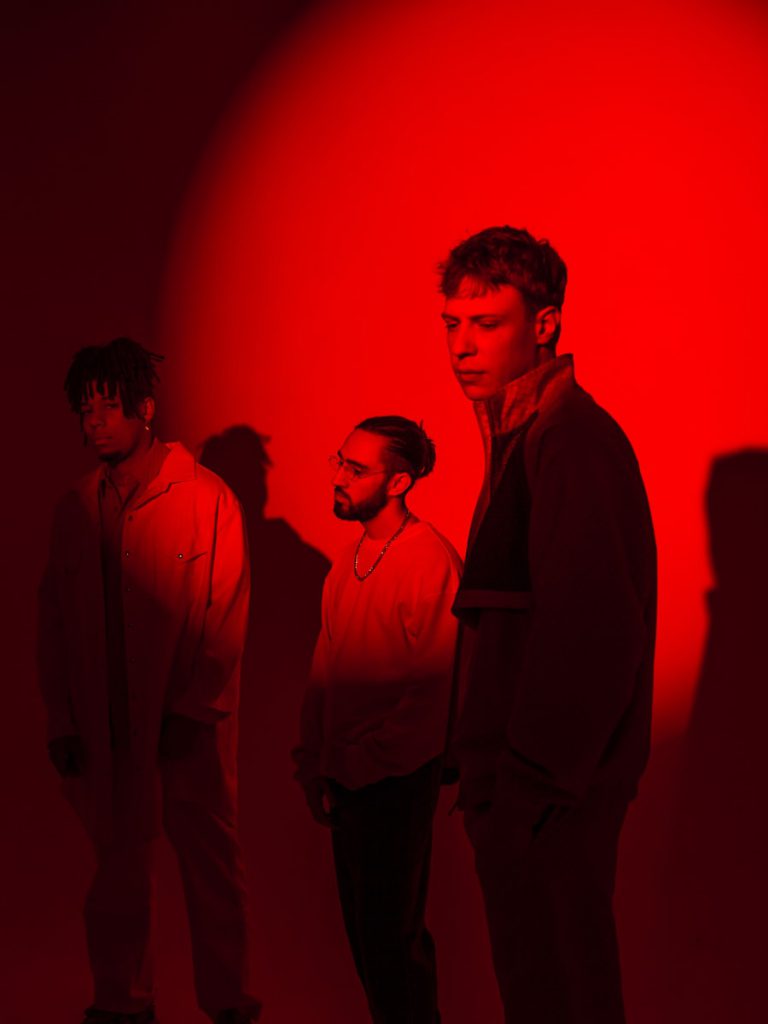 What are your favorite lyrics on this album?

Loxley: There are a lot of them, but Primero often has the best writing, the most perfect lyrics. I love him on the chorus of “Descente”. I love the atmosphere, “entre les tensions et les turbulences, j’ai du mal à penser mais j’essaye.” I like the story of “Ciel rouge” too, and both the pre-chorus and the chorus of “Négatif”.

Swing: I like the rhyme “Pikachu – pique à Jul” from Caballero on “Banane”. It’s so good.

Primero: Looking at the stuff that I came up with, my favorite bit is probably the verse I wrote for “Négatif”. I like to have that feeling every now and then where you have a verse and you think “wow”. You wouldn’t question anything. It’s one of the only tracks on the album where I can’t see a place where I would change anything.

Avant La Nuit by L’or do commun is out now.
Pictures by Romain Garcin