Mags: “Music Is a Confrontational Process For Me”

She’s cute, she’s quirky and she’s determined to get far. mags is Denmark’s hottest upcoming electro-pop star and has just released her self-titled debut, which is definitely a blast to listen to and makes us wonder why we haven’t heard of her before. Luckily, she introduced herself in the nicest chat ever and made us fall in love with her and her music.

How would you describe the feeling of finally sharing your first record with the world?

It feels very good but also a little bit bizarre. Excitement is the main feeling, but I’m ecstatic to have expanded on the soundscape of this project. I spent quite a while working on it; I wrote some songs on the record five years ago and some I wrote just earlier this year. I’ve taken my time, but I’m very proud of the result, so mainly I’m super excited.

You worked on the record in New York. Have you had difficulties being so far away from home and making this personal album?

My relationship with New York is complicated because it almost feels like an ex-boyfriend. I started going there in 2012 when I lived abroad for a bit and I did all my pit stops in New York. I fell in love with the city and tried to come back when I could, so spending the whole of fall there last year to work on my album made perfect sense for me.

It felt like a dream come true, but it was also challenging to be so far away from friends and family. Writing an album is such a personal experience, so not having that support system was a bit difficult at the time. I love New York because it’s as crazy as I am, and being there complimented the album-making process. 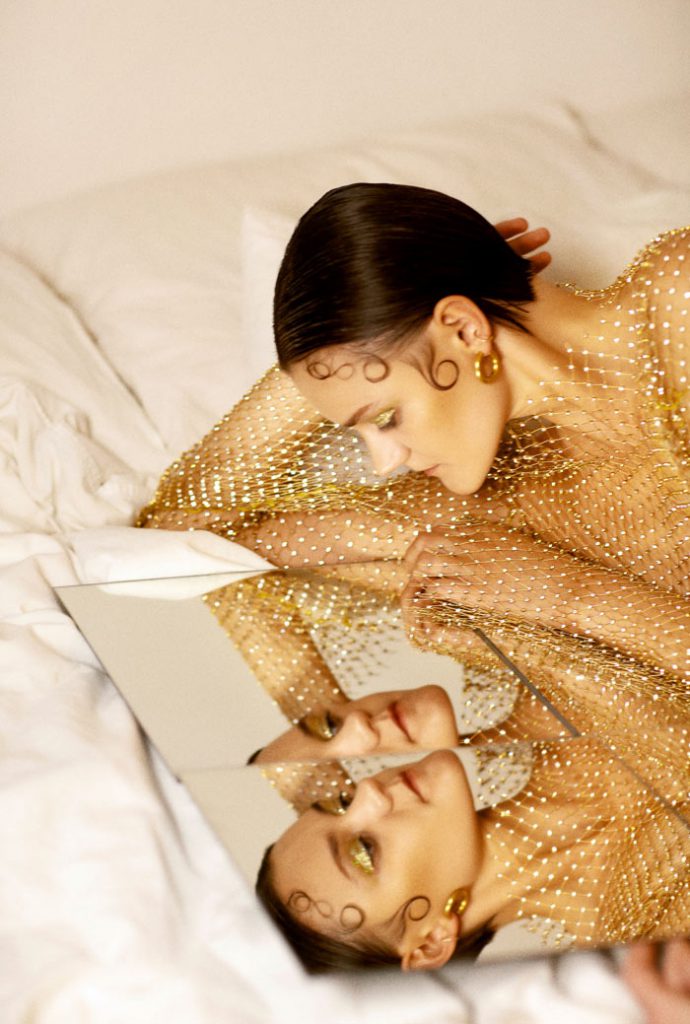 Your songs sound extremely happy. What makes your music different compared to other artists?

That’s not something I’m given much thought about as songwriting is very intuitive to me. I almost write everything acoustic first and then make it uptempo. I hope people take away from the songs that it’s electronic pop, yet that the lyrics are rather similar to classic singer-songwriters. I try to merge these two different worlds, and I don’t know if that’s something I’ve heard that a lot.

Do you sometimes struggle to open up about yourself and your stories in your music?

It’s easier for me to open up about certain things in my music compared to my personal life. It’s like a diary and all the truth is put into a three minute song. I don’t find it that hard because I don’t over-think the fact that the song will come out and people will hear it. When a release is approaching, I get a little bit anxious about it but at the end of the day, a song that I’ve written ultimately says more about me than about the people I’ve written it about. Music is like a mirror, and I’m holding it up in front of my face. It’s a confrontational process for me.

Your song “i’ll be in hell comparing myself” is about self-doubt and comparing yourself to another girl. Tell us more about the moment that triggered you to write a song about it.

I was scrolling through Instagram, as one does, and I saw that my ex had a new girlfriend. I fell into a deep rabbit hole of looking her up and then the comparisons kind of started. It was embarrassing because I didn’t want to admit that I was that kind of person, but I know in my right mind that there’s no competition between her and I. There’s a reason why I’m not with that person anymore and, more importantly, I don’t really know that girl and she’s probably really nice. 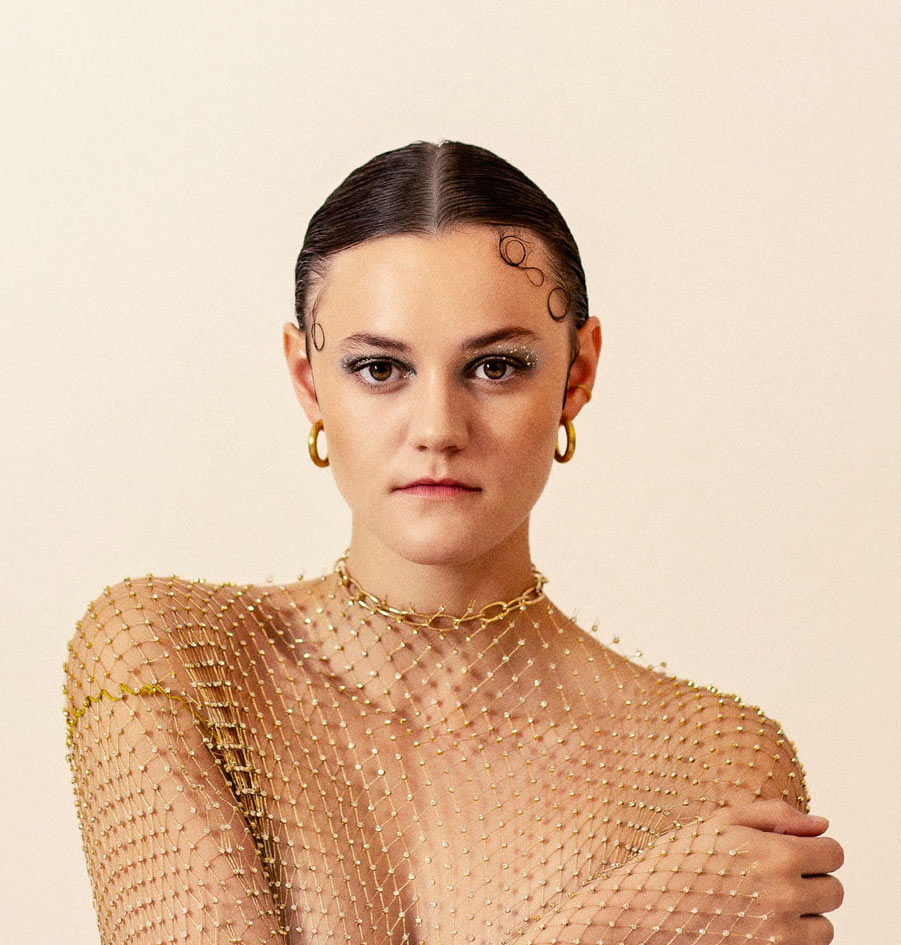 One day, I picked up my guitar and was tossing around the idea of comparing myself in hell. To be very specific, I was thinking about what kind of insecurities I had. I then put them in the song to make it more personal. In the chorus, I sing “You’ll find a girlfriend, one with really nice hair. I’ll be in hell comparing myself. You’ll find a girlfriend, one who finished school”. I dropped out of school and always thought that my hair wasn’t my best feature. I put it in there to be very specific, as I’m sure everyone has their own insecurities.

It definitely helped me write the song and I’ve been actively thinking of supporting my female colleagues ever since. It’s so important to not get sucked intro the society-made competition and understand that we’re all on the same team. I thought about that a lot and have since changed my mindset.

“your girlfriend’s in the bathroom, i’m trying to kiss you” is written from a different perspective. What’s the message of that song?

It’s an experience I had, but it was way more embarrassing than the song let’s on. It happened years ago on New Year’s Eve, and it was a very humiliating situation. You’re at this party, you think that this whole thing is building up and you’re ready to go in for a kiss but it doesn’t work out.

I was so embarrassed and put it away for a bit but, as I was working on this album, I eventually decided that the song is too embarrassing to just take the situation for what it was. I decided to make it fun and danceable, which is me trying to handle these situations. If you look at my album, you have some sad, vulnerable, and slightly awkward songs and you have some very fun and danceable songs that seem a little bit more empowering. I have these different ways to cope with a situation, so I’m glad you brought up both songs as they’re a perfect example of that. 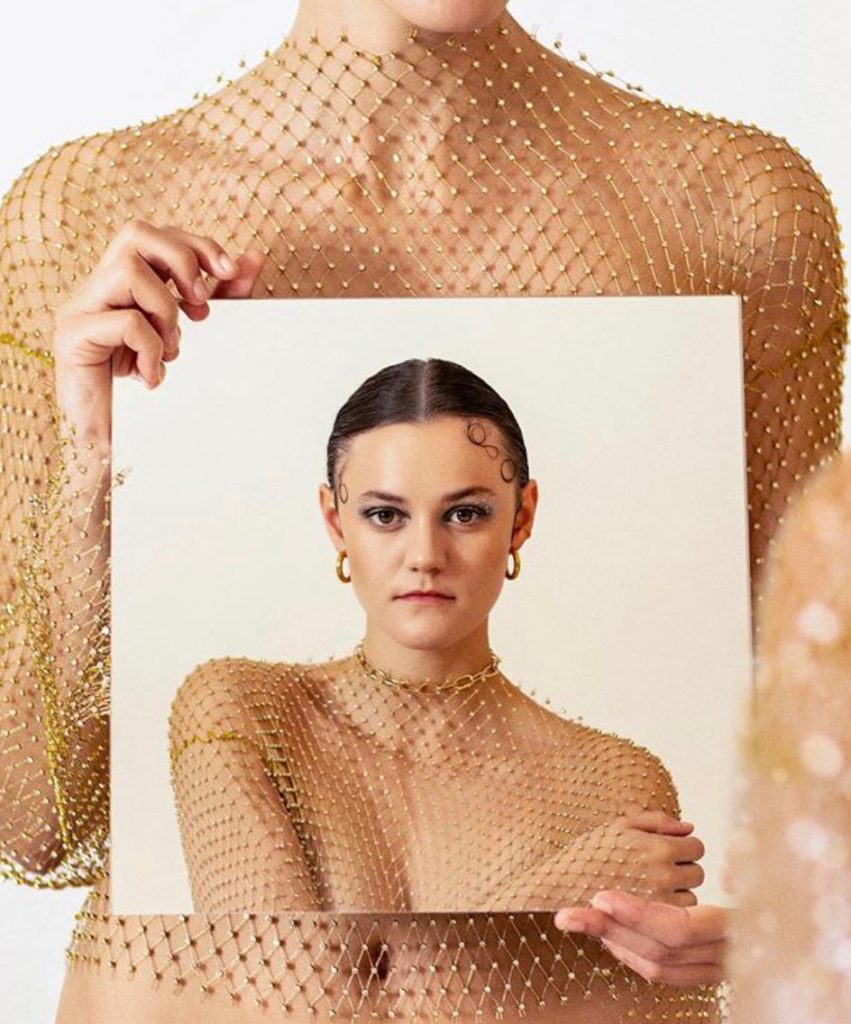 You’re the co-writer and co-producer of your album. How important was it for you to take that role? And was it easy finding the right people to help you?

It was very important for me to co-write it and be heavily involved in the production of the album as well. I’ve always written my own music, even before I got my record deal, and that won’t change. Someone else can’t put words to my feelings, so I kind of have to be there. In terms of collaborators, I work with the same production team in Copenhagen but New York was a more open process.

I’m a solo artist but working with different people can give that kind of band-effect, where someone can come with that new energy. I was lucky enough to have so many sessions and to be able to spend the first months figuring out who I could work with, to then later choose a few teams. I made most of the record with those people, so it was definitely a process because you want them to understand your sound and vision. I eventually mixed and mastered the album with the same person and we tied everything together.

Where do you see yourself in the next year?

COVID-19 made it a little bit more difficult to look into the future. We’re experiencing a second wave in Denmark, and I had to cancel all my events and radio interviews. I have to do everything via the phone now.
I hope I can tour and play some festivals  next year and, if not, I know that I’ll be in the studio making more music. I hope we find new ways of connecting that’s not only via Instagram Live – I’m sure there are more creative solutions. I’m definitely thinking a lot about how to be a musician during a pandemic.