Mustii: “This Album Was My Opportunity to Connect With My Uncle and Pay Homage to Him”

It’s a cold evening sometime before Christmas when we meet the Brussels-based singer Mustii aka Thomas Mustin in Brussels. Once we sit down in the legendary jazz bar L’Archiduc with a glass of cava, we finally have time to talk about his second album, ‘It’s Happening Now’. The rock-inspired pop album is a sonically bombastic ode to his uncle, but there’s much more to tell about this new project. Mustii introduced us to his creative world, spoke about the emotional charge of his most personal project yet, and gave us some more insight into his bright creative spirit.

How are you feeling after those turbulent weeks full of preparations and releases?

I want to be on stage, sing, and party. That’s what I feel. I want to get all of the demons out of me and want to feel connected to people; it’s more intense. And I want to look people in the eyes or feel them. Not just with friends at a party but just with people in general. I know it’s quite complicated at the moment, but I need to do and feel something. I want to feel alive again.

You’re a very outgoing person, have these months of isolation affected you?

I don’t know if it really changed me because the plan was to be stuck in my studio and shoot some movies. I didn’t have to prepare live shows and didn’t need to cancel a tour. I had to cancel some shows of my theatre play Hamlet, but we can get back on stage now. So on a professional level, I didn’t mind these months, but I also feel like I’m more paranoid or fearful.

I have the feeling that people don’t want to communicate or want to come to live shows anymore. That’s my biggest fear: that this becomes a habit. Everybody currently lives on their own. Personally, it has given me more energy and gave me more things to say. It’s the total opposite. I am like a lion in a cage because I used the past few months to work on the album, shoot some stuff, and now it’s time to let it go. 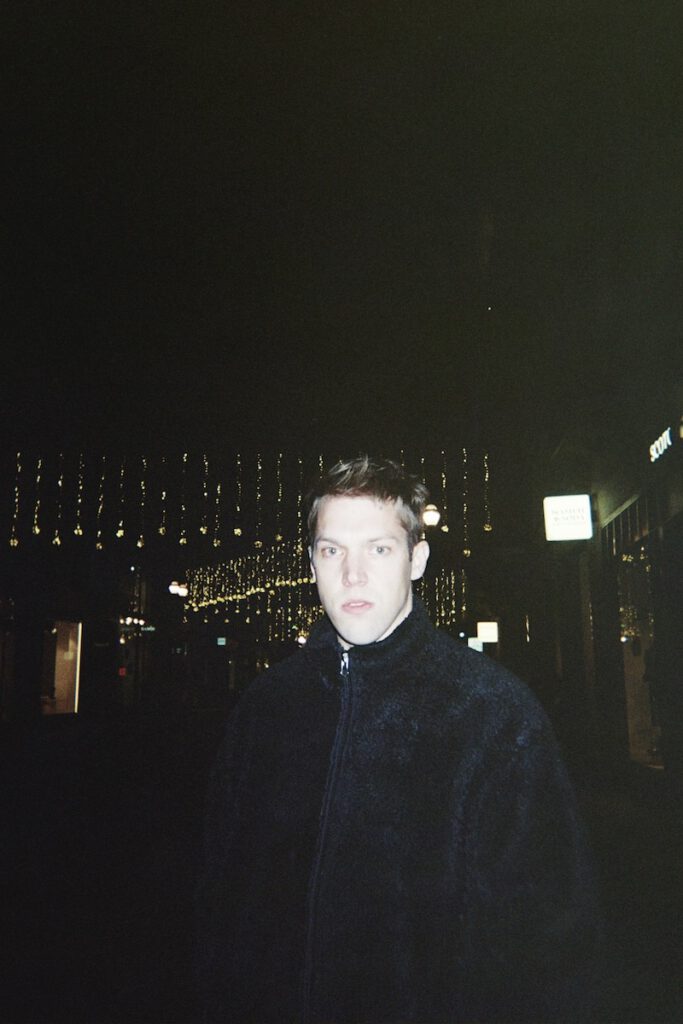 Is it difficult for you to let all your personal work go when the whole world can judge it?

It’s a fear I have during the creative process because I want to trust my gut. I like to work with very different people that come from very different places in terms of musical genre. You have to keep your common theme. With the release, it’s not that I am confident because I always have fears and doubts, but I’m proud of what we’ve done. The goal now is to share the album and play it live or meet people. The fear was rather during the creative process to keep the focus on the path.

When you’re in the process, there are so many occasions to leave your path. You have to believe in your first feeling. I had some influences and references. I knew what I wanted to talk about and what kind of music I wanted to make, so it was important to always keep that in mind. For me, your first thoughts are always the best. You have to listen to other people but also listen to what you want too.

The album sees you get into the character of your uncle, who committed suicide after struggling with schizophrenia. How important is this work for you personally and musically?

It’s more an homage to him. I won’t play him—or it isn’t a reincarnation—but the whole album is more like a diary. I write from his perspective on the album, but I won’t portray him on stage. There’s a distance between us, but the idea was—except for the last song—to understand his point of view. I wanted to have a character and a storyline. It’s not necessarily a concept, but it has something to tell. Maybe I like to write that way because I have a theater background, where I learned a lot about storytelling.

It’s not just pop song after pop song because it would be impossible for me to sit in front of my synthesizer and write. I respect that someone can do it, but I need to create a mood board to know who’s talking. I wanted to do something around my uncle for many years because I’d never really known him. I talked to him as a teenager, but I didn’t know him well because of his disease. He was in a bubble, and I was too since I was a weird teenager. We never really connected. This album was my opportunity to connect with him and pay homage to him and my family. It centers on topics that I really like, such as loneliness, mental illness, and finding who you are. 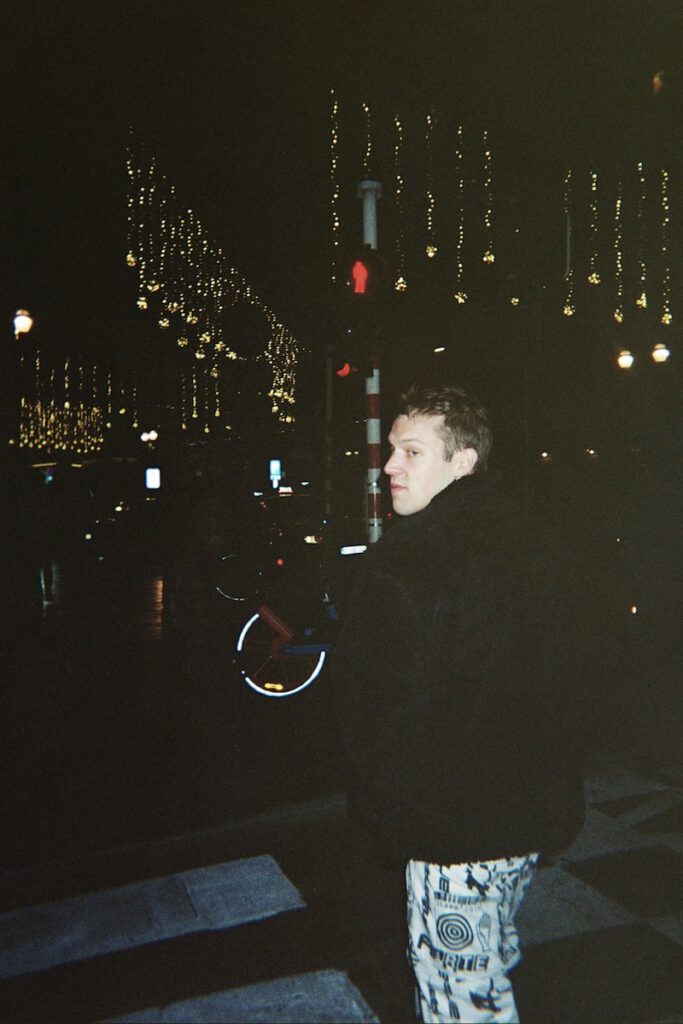 What’s the impact of It’s Happening Now on your family?

We were always very afraid to talk about him and his schizophrenia in our family. Since I told them that I wrote about it, we talk about it every day, but in a very easy way. Just for that, I’m already proud of It’s Happening Now. I’m even going to Charleroi with my father to visit all the places they went to when they were teenagers. I was very shy at first to talk about it.

I told my dad weeks into my writing process and confessed that I wrote songs about his relationship with his brother. He immediately understood what I wanted to do, and he was really touched when he heard the album for the first time. It opened the door to talk about this important part of his life.

It is your second big project. Does it feel like the follow-up of 21 Century Boy?

No, it feels like the first album that I’m really proud of.

Is that a result of a different approach to the musical direction or because of the personal subject?

I was really afraid during the first album. I’m an actor and not a musician. The way I feel things or look at myself makes me think that I’m more an actor who’s making music. I often questioned if I was in the right place when I worked on 21st Century Boy. I didn’t dare to do a lot of things, and I made it with two friends of mine in a basement. It’s a cool electro-pop album, but I wasn’t sure about myself. That’s why this new album feels like my debut album because I put all my influences and preferences together. I wanted to show what’s really inside of me.

My first album was more plastic: there’s less rage or anger or truth in it. I was testing and making my first moves. Even in the way of working—for this album, I wanted to work with solid musicians in a studio to try and experiment. It’s not the same kind of stuff as I did in my basement, even though I learned a lot from that too. There are more people involved in this album, but it was so fun to guide all these different people who I really like. I had some regrets about the first album, but I was determined to not make the same mistakes for this new project. 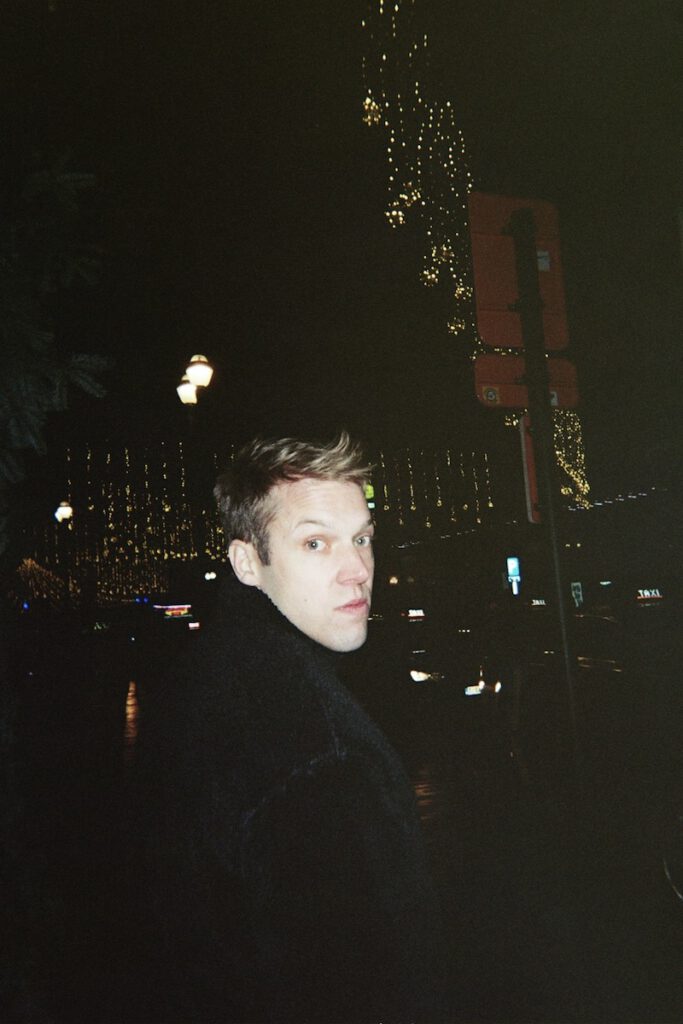 You’re a very strong performer and come across as if a stage is your natural habitat. Do you need to get into a different character to be that confident on stage?

For me, you can be the shyest person on earth but can turn into a king on stage. It can be the place where you can be your true authentic self. I’m not talking about theater or plays, but I’m talking about live shows and concerts. I see it as if it’s a magnified part of your personality, which is more exaggerated and bombastic once you set foot on a stage compared to how you are in real life. Performing is maybe a bit like a drug because you feel everything so intense. People also immediately see if you’re inauthentic. I’m always myself on stage and never get into a character.

Besides being a musician, you also act in an adaption of Hamlet and star in different movies and series. Is it easy to bring all these disciplines together or is that overwhelming?

I learn a lot when I’m acting because being on set to shoot gives me so much inspiration to come up with loads of new ideas for the studio. I relisten to what I made before and adopt new ideas. When you’re stuck on only one thing, you won’t be able to find a more open point of view.

Artists have to have different skills and have to be able to use different tools. It’s maybe a bit of a paradox with what I said earlier because I’m not playing a character when I make music, but you need to have the same skills as in theater when you take the stage. You need to be aware of everything: the guys who are playing with you, have a look at the crowd, etc. That’s something you learn in theatre. We have to be handymen as modern artists because we have to bring everything we learned and can together.

In Wallonia and France, people like to put artists in boxes, and we have to fight to show that we’re against that. I’m a big fan of David Bowie; he’s my God because he always tried different things. Lady Gaga is doing the same too. I don’t want to be just one specific thing, and I feel, for example, in France that they see me as an actor that sings. I’m just an actor and singer at the same time. 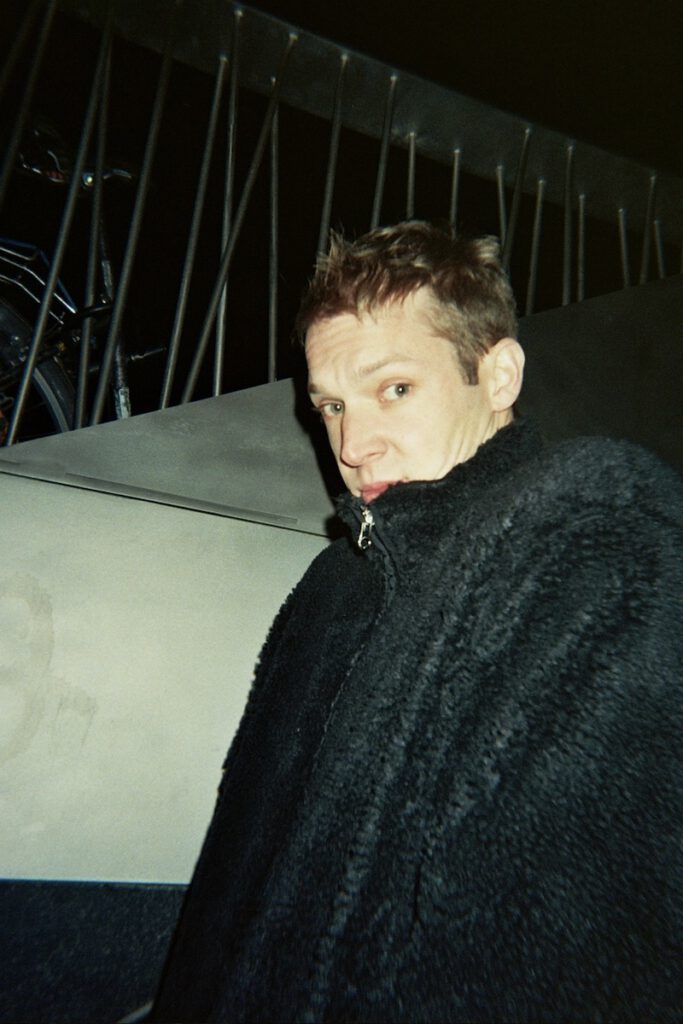 Artists often don’t like to set too many goals to avoid disappointment when they don’t achieve their goals, but what do you hope this album does?

Honestly, I’m focussing on reaching new audiences and people. That’s also why we planned some shows outside of Belgium as well. I’m working with my new booking agency FKP Scorpio Xavier Wilkin and Jan Digneffe. Jan Digneffe already worked with Oscar And The Wolf and has a great vision for me. I want to see where the album brings me and how people interact with it. I’m really touched by the story of It’s Happening Now and want as many people as possible to hear it. I don’t like to see concerts in stadiums because the sound is often horrible and you can’t see anything, but if I’m being honest with myself, that’s what I want. (Laughs)

If you are experiencing suicidal or self-harming thoughts and are in need of a conversation, then you can always contact the Suicide Hotline on the number 1813 or www.zelfmoord1813.be for Belgium. If you’re not from Belgium, please contact your local suicide hotline via www.suicidestop.com.