Nadia Tehran: “There’s No Joy in Being a Nazi Killer”

The Iranian-Swedish artist Nadia Tehran has gained a lot of traction for her distinct experimental sound: an exciting concoction of punk, rock, and contemporary pop. When meeting her, she sits outside of the Danish Royal Academy of Fine Arts wearing a black décolleté along with a fringe- like jacket. “I’m so excited to show you my atelier!” she playfully expresses. I explain how the pleasure is all mine.

Last year the Copenhagen-based artist dropped her debut album, Dozakh: All Lovers Hell, which tells a dystopian take on love, devastation, and death. This September, Tehran released an extended version of her LP, which has garnered remixes from Scandinavian artists such as HABIB1, Bella Boo, Kablam, and Merely. We met in her workspace to talk about her musical influences, rootlessness, and why being a Nazi killer ultimately hurts.

Where did the initial idea of extending your album come from, and how was your creative process of making it?

After I released the record, it felt as if it left me and became something that wasn’t mine anymore, and I felt that these questions inspired me to further explore my own work. I’ve done that through different ways now.

The first part was when I created an exhibition: Inherited Void. It was a way for me to physically manifest what the record was about. To create a physical space where you could understand, read, and experience the concept of Dozakh through other artist’s interpretation. And so, now it’s this organ that’s living its own life, and I can just be friends with it. 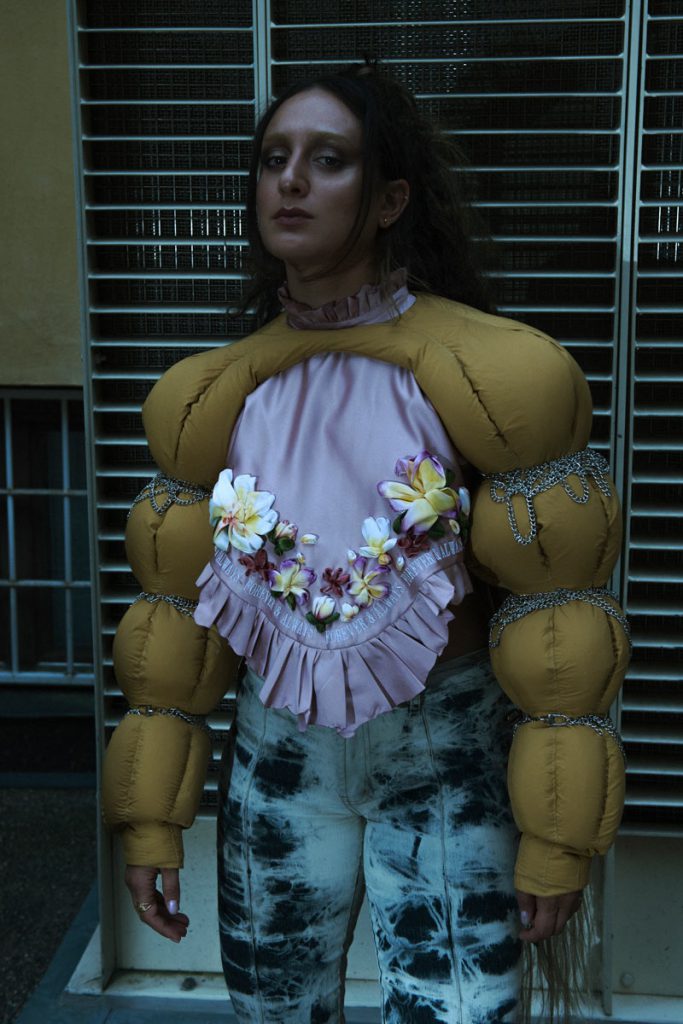 How did you go on deciding what artist would rework what song?

I didn’t! I only reached out to people that are my friends and asked them if they wanted to be a part of it, and they chose the songs. Naturally, they all chose different songs, and that tells me something about the record as well — everybody relates to it in different ways because it doesn’t only consist of one genre.

An album a decade in the making must have incredible sentimental value: what’s the story of Dozakh: All Lovers Hell and what can a potential listener expect?

Dozakh is metaphorical to “a place of torment one believe they’re in when separated from their loves,” and when I think about that, the lover can be a love-interest but can also be a separation from your roots and your history. This concept of separation is something I’ve been interested in understanding and processing.

I’ve been writing songs and making music since I was ten, and some of those songs have been following me throughout my life on different tapes, laptops, and hard drives. I didn’t know that they were going to be on a record. When I finally got the opportunity to create the album, I collected these songs as memories and chronicles of my life. So, it’s this story of an Iranian girl growing up in Sweden, trying to understand where this feeling of separation comes from and why it’s constantly recreated by myself in the different relationships I’ve established. That’s what a listener can expect.

It was a long and hard process of constantly feeling worked against, and I still feel that. To be honest, I feel like this record deserves more than it has received in terms of likes, views, and streams. That’s not just because I made a record, I think that whatever I would do, I would be underappreciated because society is build to underappreciate us.

It wasn’t the songs that took ten years to write, it was finding a way for the songs to be what they wanted to be and still be put out. It was a struggle to stay uncompromised but still exist. There are no compromises on the record, and that was painful because I was tossed and turned around by a lot of systems that wouldn’t support me. Getting in and out of contracts, getting people who are trying to change what I was going to do. 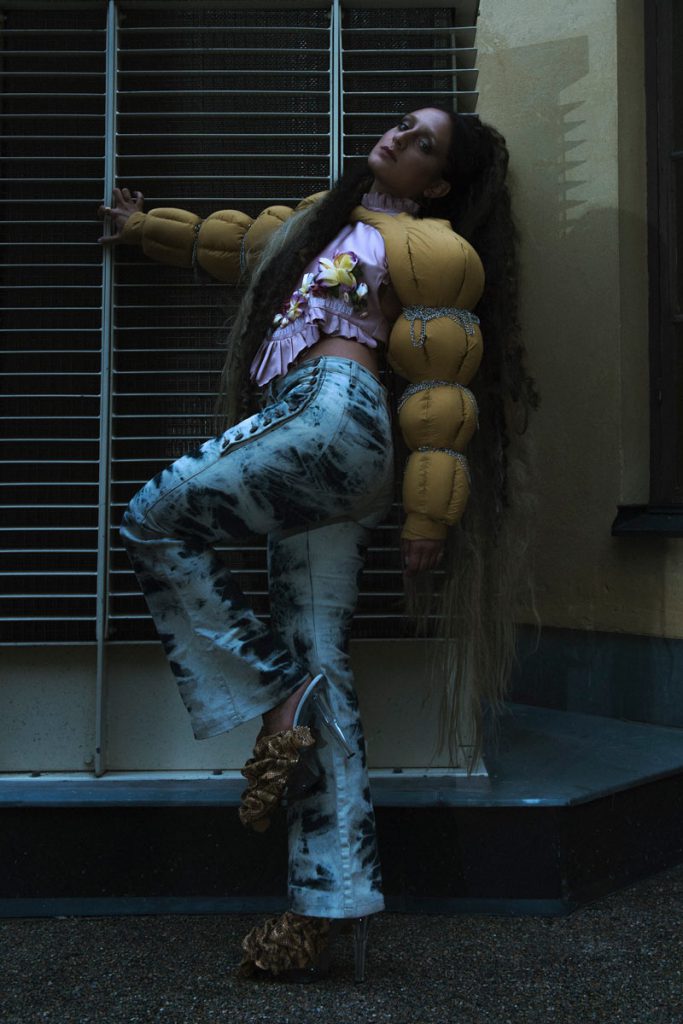 In an interview, you mentioned how you “won” an argument with Nazi’s flooding your streets and handing out flyers, yet feeling sad and ambivalent after. Is “I’m a Nazi killer / But my heart still burns” a reflection of that mixed feeling?

Yeah, very much so. It’s like, I don’t want to be a Nazi killer, it’s not like I thrive off of it or feel good about it, but I have to. It makes me sad. There’s no joy in it, and I wanted to portray that feeling. When you produce political art it can be considered bombastic, grand, and come off as if you can take anything. Behind it, it hurts a lot. So, yeah, I wanted to write that song.

I find the “High” video so symbolic of what is going on in the world. Did you want to convey this identification?

When we made the video in January, we had no clue of how relevant — painfully relevant — it would be to release it when we did in August. There were a lot of things that were happening during that time. Police brutality was already ongoing, but it wasn’t highlighted with the way it came to be by the rise of the BLM movement. That created an internal discussion to understand where this video belongs. I was scared of people misunderstanding my intention, but then again, like with the “Refugee” video, for me to not release it would be a much bigger loss than to be misunderstood. When things are created in a gray zone, that’s when you know that you’re in an interesting space.

What does the future hold for Nadia Tehran?

The future does not exist — I’m here now, and all I can think about is making art, breaking down power structures, and mobilizing communities. If I could make a wish, I’d wish for sweaty dance floors to come back. I can’t put into words how much I miss the club </3. 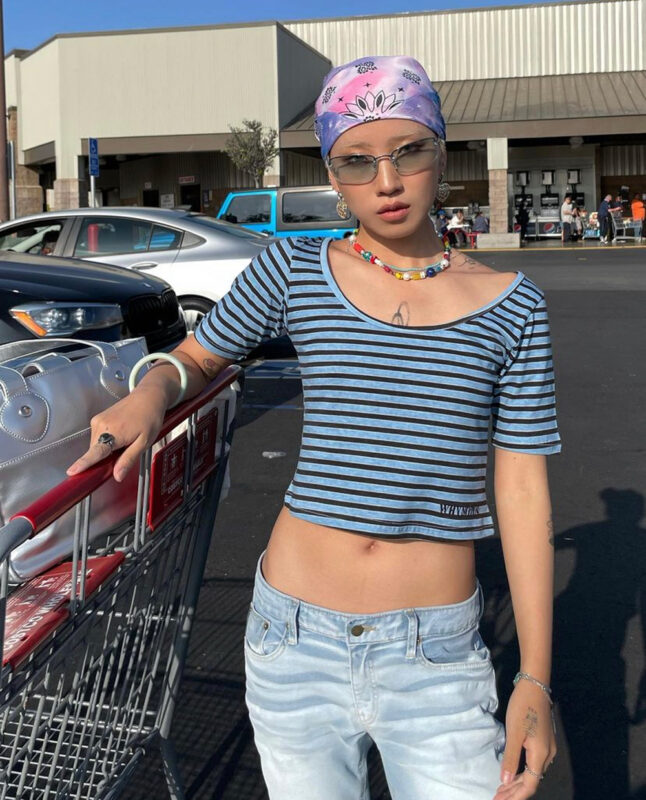 How to Wear a Crop Top: 8 Style Ideas Crop top season has officially kicked off and we thought it was a great idea to gather our favorites for… 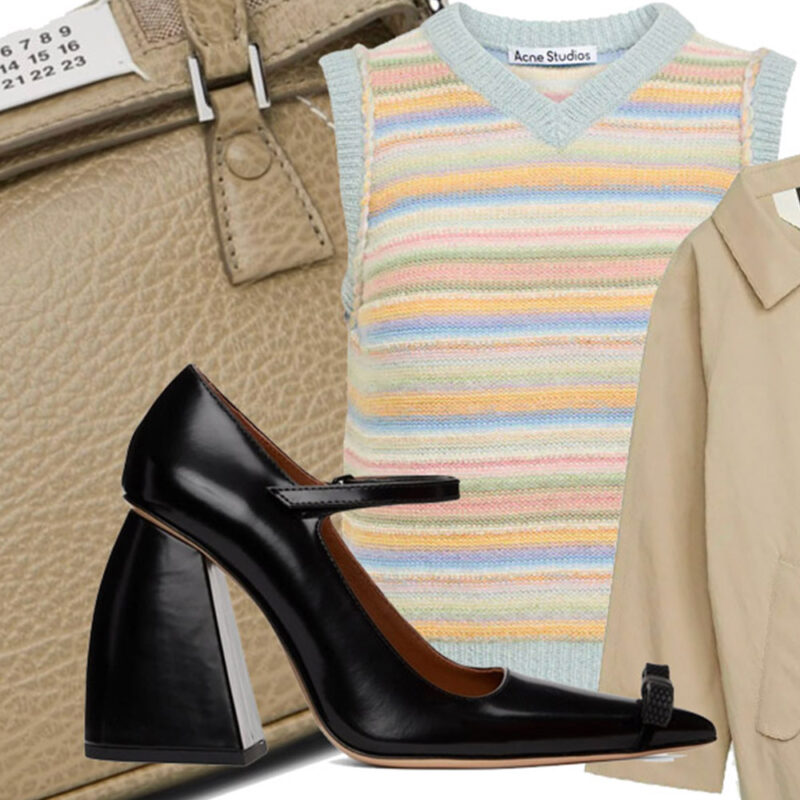 Our SS22 Sales Favorites Part I Early sales are popping up, and we ain’t mad about it. It’s the time of the year when we, normal…
X