On Our Radar: eugene Captures Raw Feelings in His Music

We love to give opportunities to upcoming artists and that’s why we launched our series ‘On Our Radar‘ at the beginning of the year. In the editorial piece, we introduce a new act with a clear vision and above all, a lot of potential to breakthrough. Today, we’re putting the spotlight on the Brussels-based rapper eugene, who just released his new single “doudoune XXL”. Photographer Robin Joris Dullers invited the newcomer to MAD Brussels for an exclusive Enfnts Terribles shoot

First of all, how was your photoshoot with Robin Joris Dullers?

It was very nice, and it was such a cool experience. It was the first time that I did such a photoshoot with a whole team, and I learned a lot on the set of the photoshoot. Working with all these creatives from different disciplines opened my eyes to certain things. It was super cool!

The make-up artist gave you a very edgy eye look. Is that something you often wear?

Every now and then I like to put some eyeliner on, but it was the first time a whole team helped me. It reminded me a bit of how I work with my entourage on a song. The hairdresser communicated with the make-up artist, and then Robin checked if it was what he wanted. It was true teamwork, and it gave me a new perspective on collaborating with other people. When making music, we do everything in a team from the song to the clip so that’s also a long process until something is finished. It was nice to observe how a team functions in a disciple that I wasn’t super familiar with. 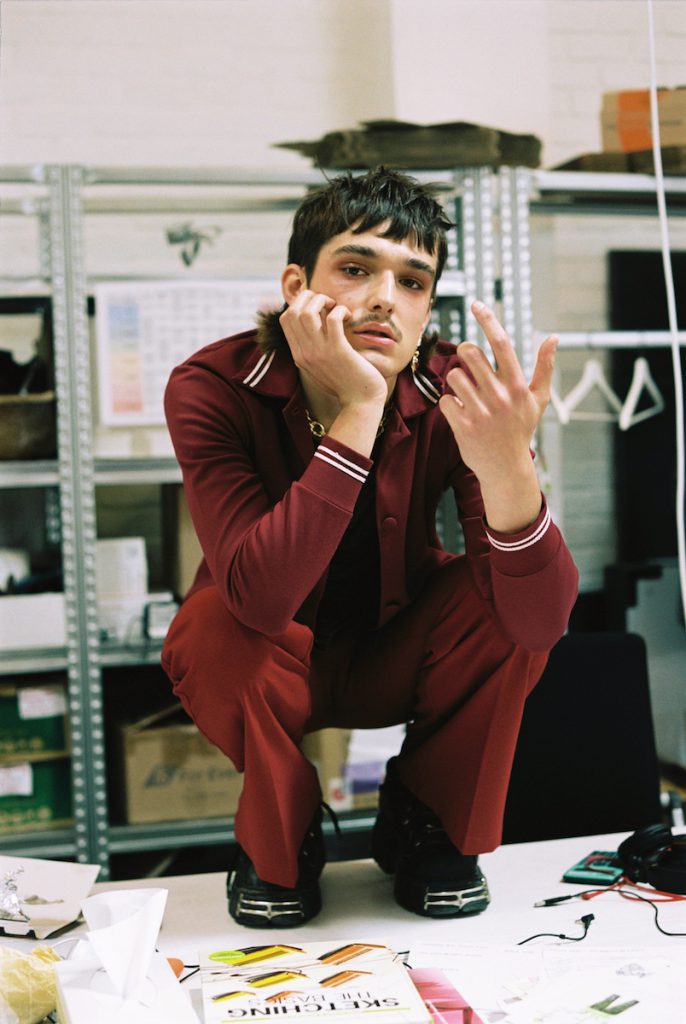 You’re part of the XXL collective. How do you inspire each other because you’re all doing different things?

We’re 2-3 rappers, but we also have graphic designers, sound engineers, producers, and stylists. Everything we release with the collective is a product of multiple collaborations. We’re here to help and complement one another. It works very well for me because it pushes me to go further than I would go on my own.

We’ve noticed that you’ve changed your stage name to eugene. Why don’t you want to be called Melo anymore?

I wanted to continue under my birth name because it makes the whole a bit more personal. It’s just easier, more honest, and feels more right to me.

The first song as eugene recently came out. What’s “doudoune XXL” about?

There’s not necessarily a linear story to the song. We really wanted to create a whole vibe with the sound of the song, and there’s a nice energy in “doudoune XXL”. Other than that, “doudoune XXL” are very very large jackets, that we wear all the time because it’s cold here. It’s also a reference to my collective called XXL because we all have an extra extra large vision of music and life in general. 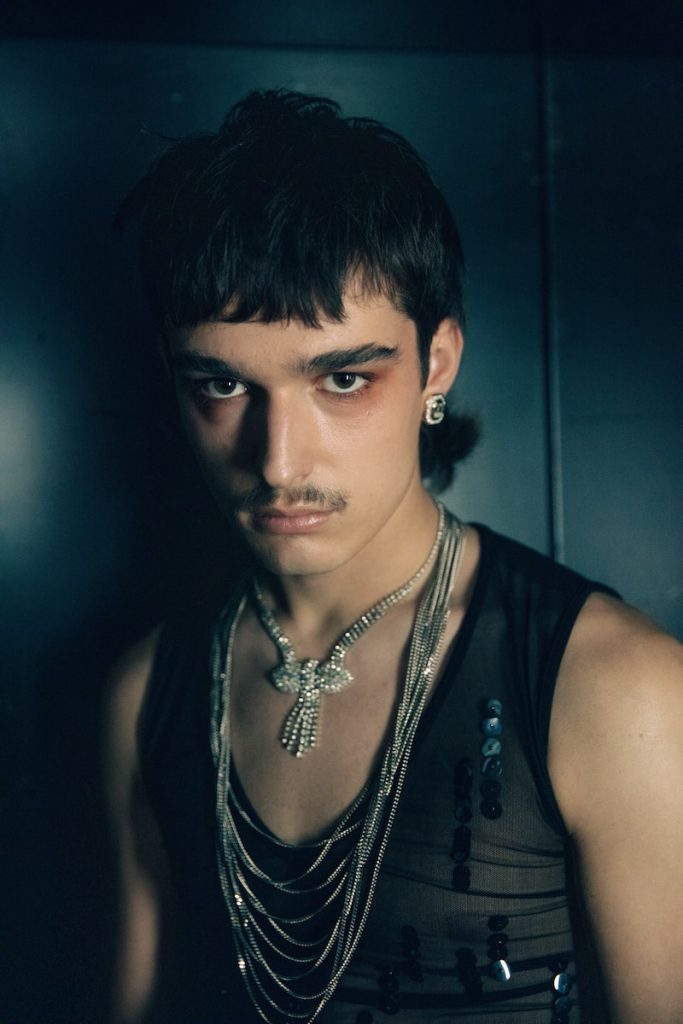 We immediately felt the vibe of the music video for “doudoune XXL”. How would you summarize your own aesthetics in a few sentences?

For the music video, we decided to head into the center of Brussels during the night with some friends. We shot our whole night with a fish-eye lens and tried to use the lights of the city, the tunnels, etc. I was inspired by Wong Kar-Wai and his movie Fallen Angels, which I sincerely adore. We also added a little trash aspect to the clip to make it a bit rawer.

The clip gave us some punky vibes as well …

Exactly! I love the energy of punk music and style. It’s a movement that resonates with me and inspires me a lot to adapt to my music. I make rap music, but I love to find inspiration elsewhere. For “doudoune XXL”, I was inspired by Molchat Doma who made me want to mix rap with post-punk sounds. Nana from Ai Yazawa and punk energy influenced me also a lot for this song. There is the look, the energy, and also some lyrics that sound a bit “no future”. However, for that, I think it’s more appropriate to talk about similarity than inspiration because punk didn’t influence me to write these lines.

Has the use of the color red a specific meaning?

It’s a very strong color that means many things. Life is a whole lotta red! (laughs) But now, I am interested in other colors that I find a little more subtle.

What have you planned for the near future?

I will prepare a new EP this summer. I already have some songs and a general idea in mind. The whole project will focus on angels, love, and paradise.

eugene’s new single “doudoune XXL” and the music video are out now. 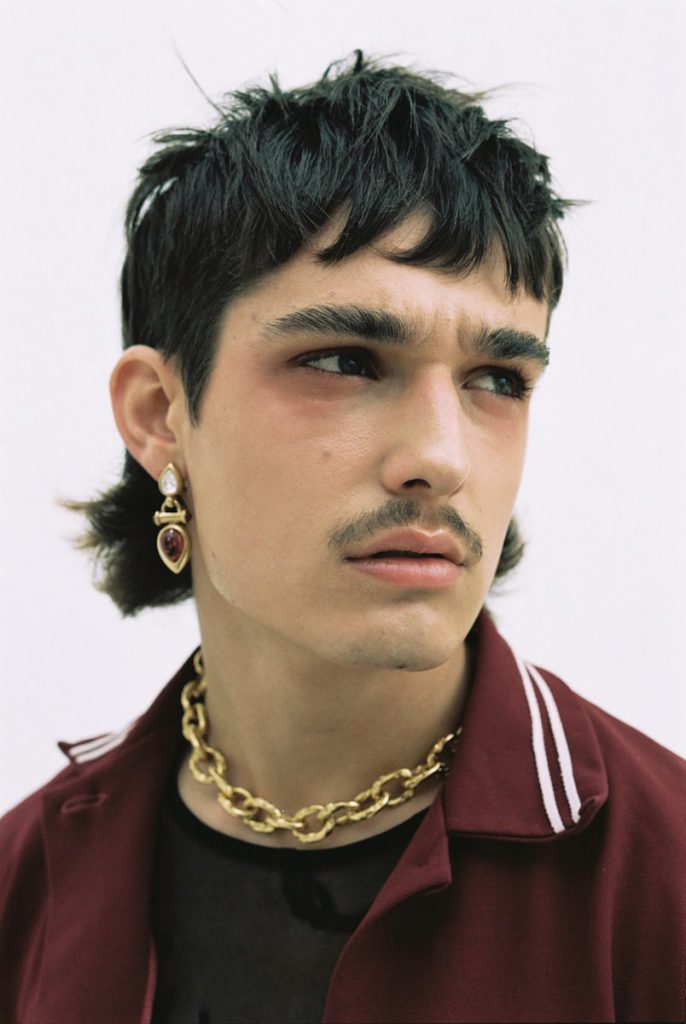 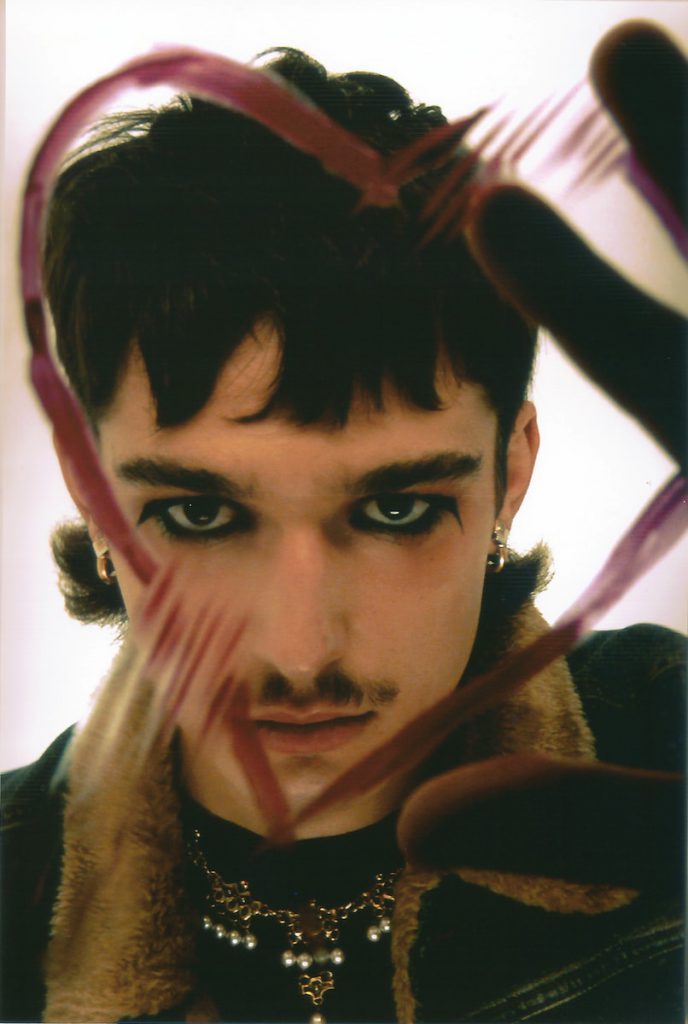 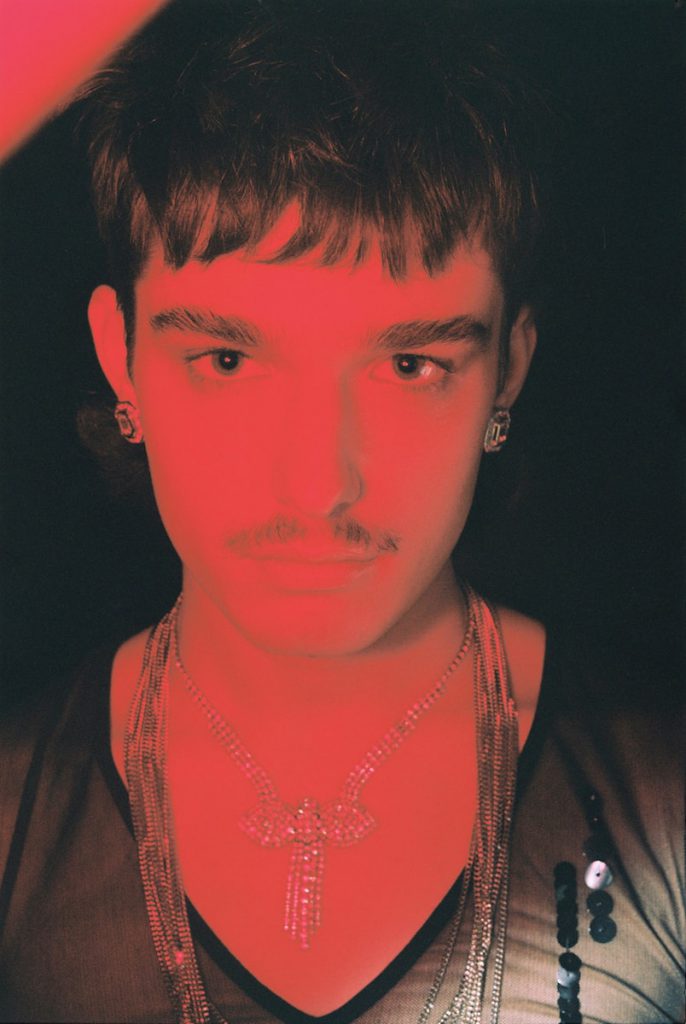 Special thanks to MAD Brussels and Heresie BXL