On Our Radar: Ola Talks About His Favorite Mistakes

Belgium has a new pop singer who writes the best heartbreak songs to cry to after a break-up. Ola emerged on ‘The Voice Belgique’ and secured a record deal shortly after his participation. We invited the singer to our brand-new office to start off the year as the first artist  of our series ‘On Our Radar’. In front of Oriane Verstraeten‘s lens, the singer posed in New Balance XC-72 sneakers and Carhartt WIP and Holzweiler (by Zalando) fit.

Just a few weeks ago, everybody shared their Spotify Wrapped. Who was on your list last year and how do these artists influence you?

I don’t listen to music via Spotify, but use Apple Music. I’m literally the only person in my group of friends who doesn’t have Spotify. Apple Music also has a recap, but it’s more a playlist with the songs you listened to the most. There was a lot of Radiohead in the playlist, but I knew that would happen. Besides that, I listened a lot to Coldplay and Haim. Clairo’s last album Sling was also amazing. I think these artists influence me because I like music that is well produced but also feels raw. I think emotions come across more when it’s not too perfect. These artists do that really well.

If you could wrap up your own year, what would you consider your most special moment of the year?

A couple of weekends ago, I played two shows with Charles at the Botanique in Brussels. I have worked with her before, and she asked me to open both nights. It was not my first show, but it was the first time we played in such a setting. The crowd was, especially the first night, very close, and it felt awesome. Also to be doing this with my friends—because Charles and I are very close—was such a great experience. We were together the whole day, even during the soundcheck because I was listening to her. Charles and her team are amazing. 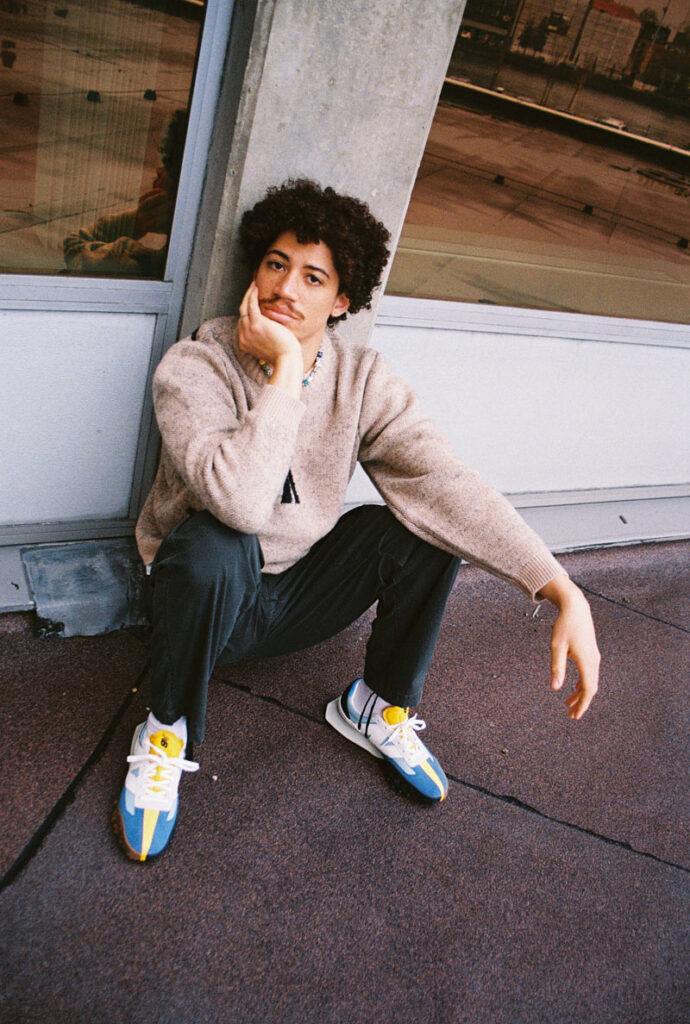 Your dad joined you on stage and played the drums. Did he stimulate your passion for music or where does it come from?

I think it helped for sure. Most of the music I listen to, even if it’s not directly from him or my mom, my base for my music comes from my parents. Him being a musician encouraged me to not be scared to try. He always told us we could do whatever we want and that he believed in us 100 percent. For sure, if he wouldn’t have this big love for music, I wouldn’t have it either.

You released your debut EP My Favourite Mistakes this year. How was it to work on that project and was it like you expected it to be?

The year that I decided to put out music was a weird year. It took a long time to come out because there were some songs I’ve been working on for a long time. I couldn’t go to the studio for a while, so I wasn’t able to work on them. I sat on them for a long time, which was also good because it made me question if I loved the songs so much that I want to continue with them. I’ve always loved discovering every aspect of the process and getting to know how, for example, promo works. I think every aspect of the music industry is very interesting, so I kind of knew how it was going to be, but it has been so much fun. It exceeded expectations. 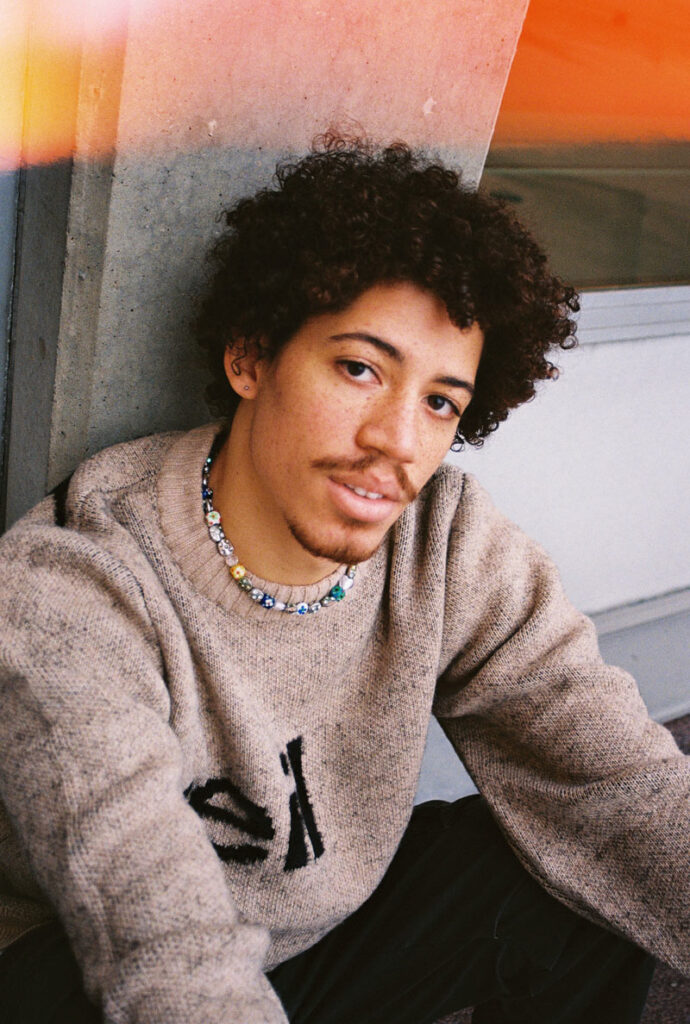 Your EP is named after your song “My Favourite Mistake”. What was your favorite mistake this year?

I don’t know if I could call it “favorite”—again because it’s kind of the same thing that inspired the EP and the songs, especially “My Favourite Mistake”. The song is about falling in love with someone who doesn’t feel the same, but it still feels better than not having that at all. You keep trying and keep going back to that person, even though it hurts you. I did that again after the song came out and once again, it didn’t go great. I wrote a few more songs since then, so I guess that would be it again. Just not learning at all from my mistakes but that’s fine.

You just mentioned that you wrote a couple of new songs this year. Will these songs be different from what we heard from you so far?

I tried to make the five songs on the EP as diverse as possible. Of course, they were made around the same time so there are definitely common tones between the songs. If you, for example, listen to Radiohead or John Mayer, every album of them is a bit different. I hope that I don’t make the same music all the time because that would be boring. Not just for me but also for other people. It’s not like maybe twenty years ago where you listen to just rock or hip-hop. It’s much more interesting to try and discover new stuff all the time and create new things. What I’m working on now, I’m trying to make it different as well but still be me. I just try to let it happen.

Do you have some kind of expectation for the next year? What’s the first thing you want to do?

I never really think that far ahead and, honestly, just think about the song I’m working on right now. I want to make it as great as possible and want our next concert to be the best concert. I haven’t set goals for the next year, except for making everything that comes next better than anything before. 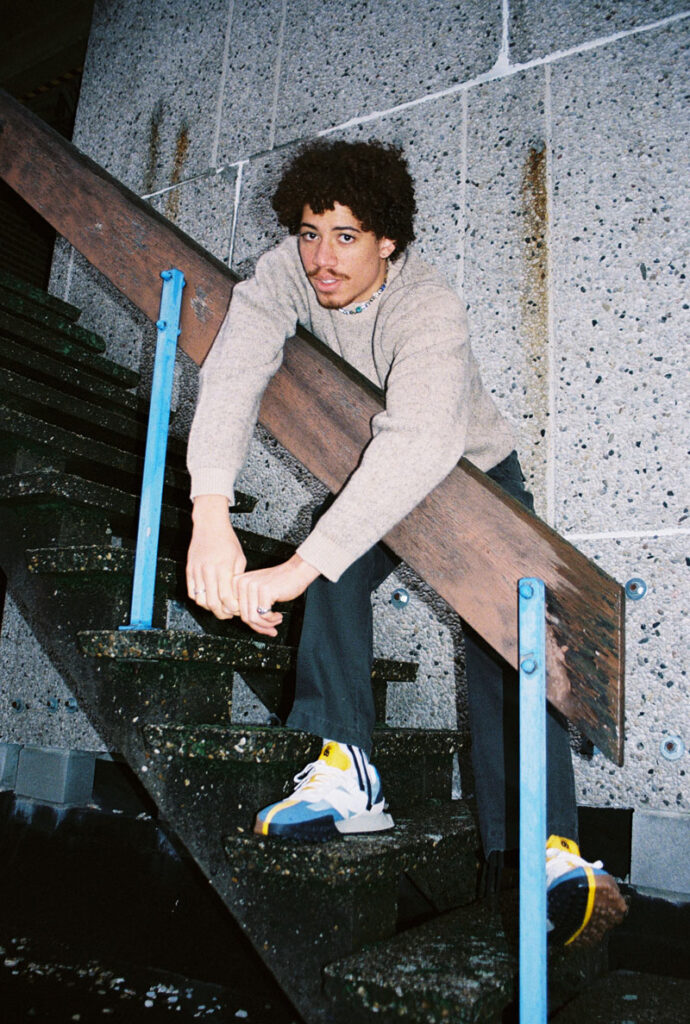 You’ve performed twice at the Botanique now. Are you working towards the festivals next year, or do you prefer club shows?

I love both because it’s quite different. Some songs work better in different settings than others. All my favorite artists perform in different kinds of settings and there’s always a different energy. Both are very interesting to me. If it’s festival season, I’m looking forward to that, but I’m just as happy about club season as well. I don’t have a preference. 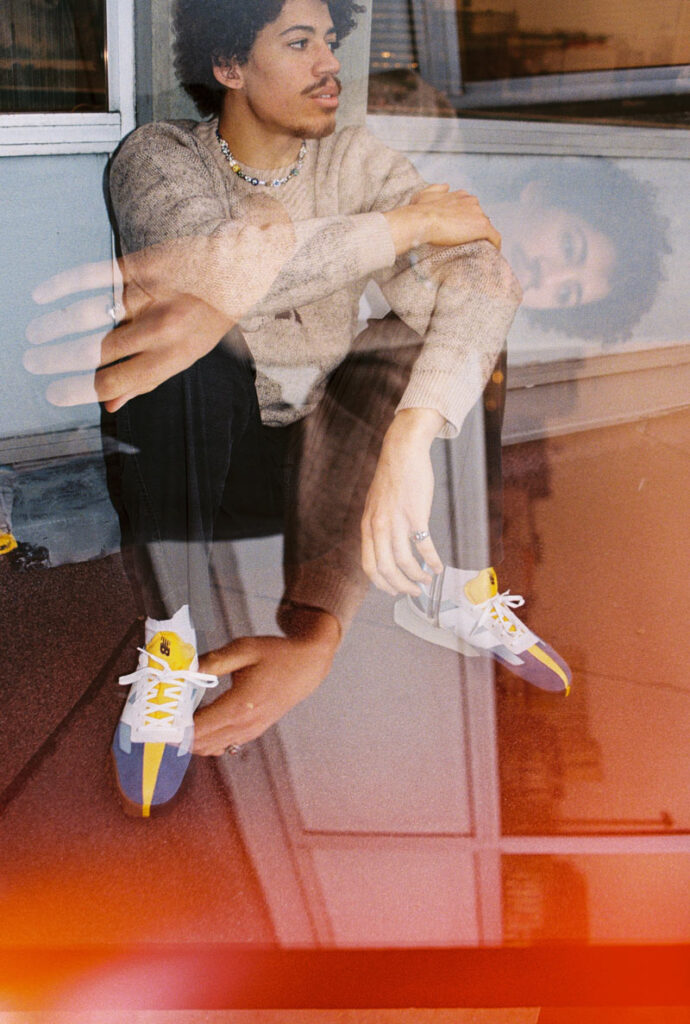 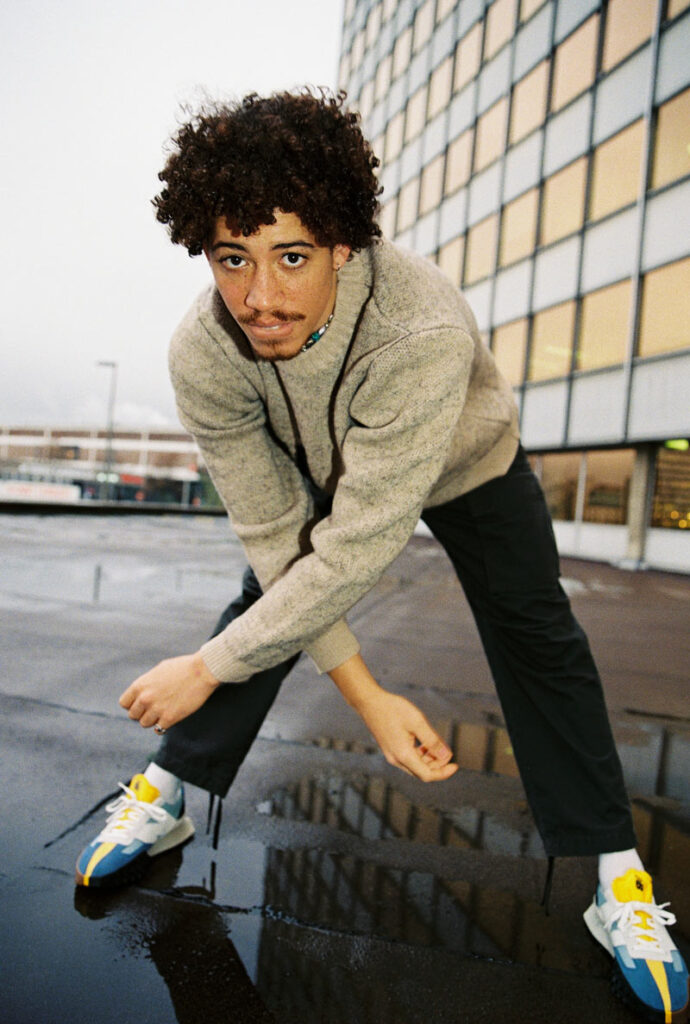