On Our Radar 2021: The Heartfelt Popstar Spencer Sutherland

It’s a mystery to us why it took so long before Spencer Sutherland came on our radar, but we’re glad he did. The American singer combines pop and R&B and recently released his EP ‘Indigo’ as an early Christmas gift. Next year promises to be a big year for Sutherland as he’s preparing his debut album and stars in a big Netflix movie alongside Victoria Justice. We interviewed the rising star and are happy to introduce him to you.

We already know you, but how would you introduce yourself to someone who isn’t familiar with your music?

I would just say that I’m a singer-songwriter that tries to write songs that come from a real and honest place. If they can relate to someone in some way, then that makes me happy. But I just try to be myself 100% and would describe my style as a sort of timeless music. I don’t like to follow too many trends when it comes to production or lyrics. I’m actually mostly inspired by artists like Elvis and Marvin Gaye.

Is the artist ‘Spencer Sutherland’ different from the private person?

I’ve never written a song where I made up a story. Every time I tried, it turned out very lame, and it didn’t resonate with people, so I just try to be super honest. When a fan can make a connection to the song, that’s the biggest win as an artist. 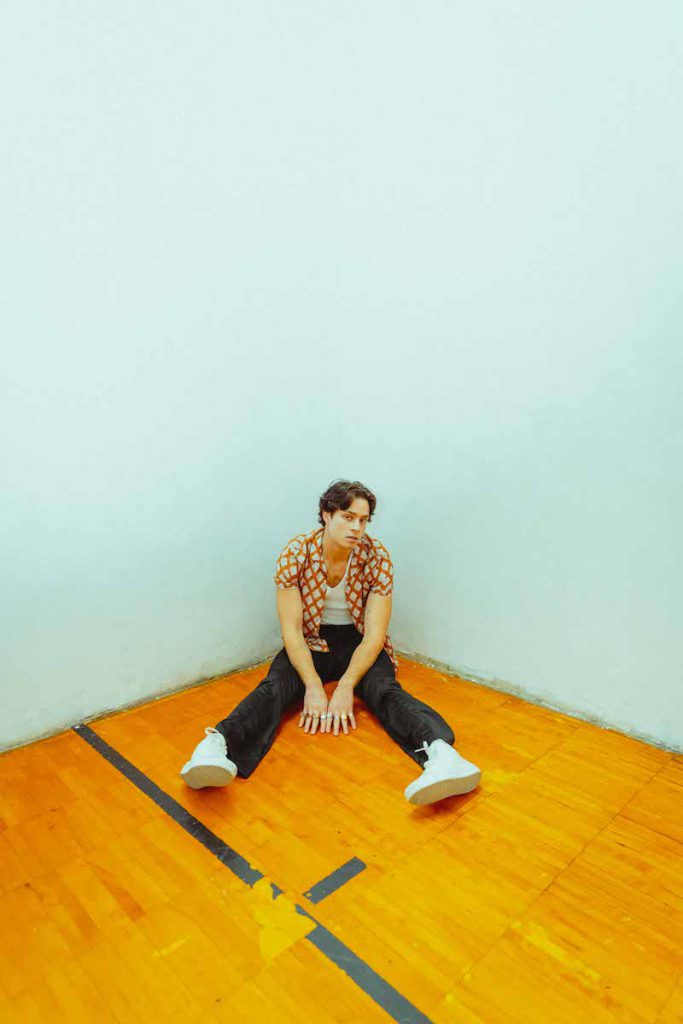 2020 is almost over, but how would you describe the past twelve months?

The overall theme is hate because traveling and touring is my favorite thing to do in the world. I had to stand still, which was a real bummer. This year taught me that I need to pivot, adapt, and come at it from different angles. You need to reflect on how you can keep going as an artist and try to keep your audience on their toes.

It’s been great because I could explore different creative outlets like acting. I just finished filming my first movie, and that has been something that I didn’t do before. I was also able to start a podcast and do some voice-over work. I’ve been able to dive into other things while songwriting was quite difficult at the start of quarantine. I wrote a few sad songs but felt so unmotivated, so it kind of forced me to create my creative juices in other ways. Ultimately, I found my way back to music because that’s my bread and butter, that’s what I live by.

What have you learned or discovered about yourself during this quarantine?

I learned that I try to distract myself when I feel sad or stressed with a bunch of stuff. During these times, you can’t distract yourself with a lot and can’t go to Disney World or on a trip. I learned that it’s good to sometimes sit in your feelings and learn to work through them by not going to a bar or whatever. It made me a little bit more mature, which is, I guess, positive. I discovered how to deal with my inner demons.

Your song “Wonder” is about questioning a real close relationship with someone. What was the inspiration for the song?

It’s definitely inspired by my life and has to do with a close relationship, but it’s also about my outlook on life. All the lyrics lead to this exact person, but it’s about all these questions you ask yourself every day when you’re falling asleep and your mind starts running. Mine was on New Years Day when I woke up and had this sad feeling about if I’ll ever stop wondering about you, I wonder if this is it, I wonder why I have these headaches behind my eyes. Every lyric is a question, which was really tight. We didn’t even mean to do that but it was really funny.

Is love in general the theme you’re most comfortable with to write about?

I try to explore love and heartbreak but I think I actually go on to a lot of anxiety and self-help because that’s a thing I go through. I’m just an anxious person, and I used to be hesitant to talk about it, but I think it’s important to talk about it and think everybody should. That’s something I’ve been diving into a lot recently to help myself and other people. 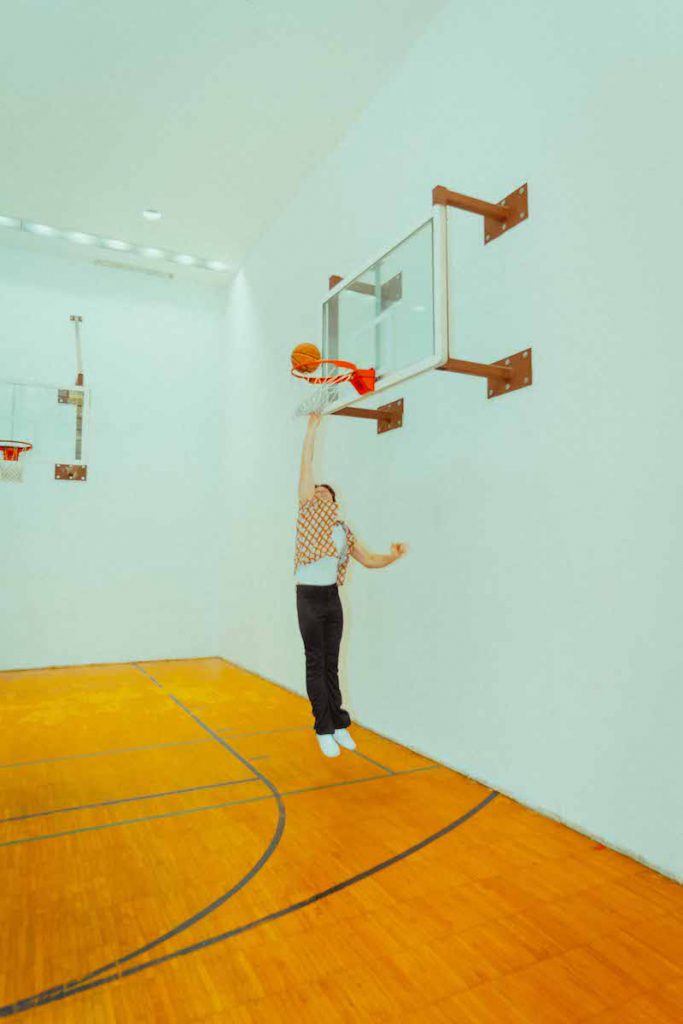 You released your EP Indigo earlier this month. What’s the common thread throughout the EP?

The EP is called Indigo and, when I wrote that song, I knew that it would be the title of the EP. The feeling of that song is again a person, a place, and a feeling: it involves these things. The heck of the song is: “Hey Indigo, I don’t know why I never want to leave you and I’ll never leave you”. It has to deal with me singing about this person I’m calling Indigo, this feeling I’m calling Indigo, and this place I’m calling Indigo. It turned out to be the feeling of my escape, so we tried to create this world with the EP, and all the songs have their own mood.

There’s “Too Many Friends”, which is a fun and lighthearted party song. There’s “Wonder”, which is a sad-happy pondering ballad, and a song called “Bored”, which is another questioning one but it’s about overcoming something. “Help” is about my anxiety and “Indigo” is this “I never want this night to end” song. It’s all in this world if that makes any sense?

You released your first song in 2015. How did you develop as an artist?

At that time, I didn’t know who I was as an artist, and that was really me figuring out who I am as a person. It sounds like every other R&B pop song but, as an artist, you need to release these songs to understand who you are. I don’t regret anything, but it’s funny because the song is about this hot girl, and that’s how deep the song is. It took me a while before I discovered I’m way deeper than that. I will say, that song still goes very hard on live shows and people go crazy for it, so no regrets.

Where would you situate yourself in the process of becoming the artist you want to become?

I’m going to evolve every year, but I’m also so happy and proud of the artist that I am now and the message that I’m portraying. The only improvement would be to have more people to be able to see it and go to a larger level. 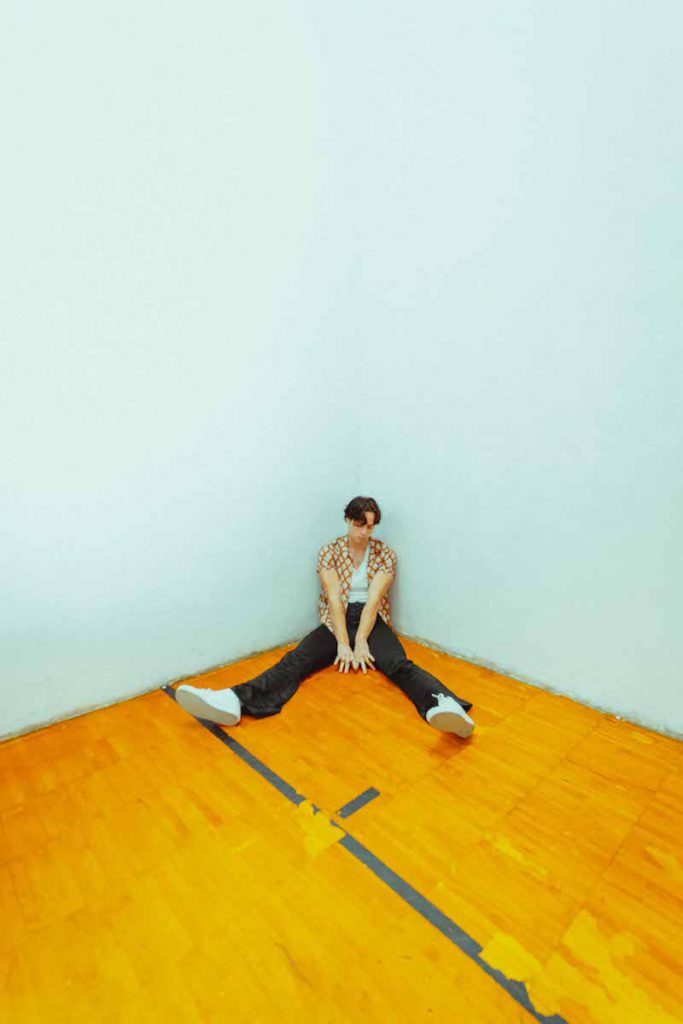 Everybody can release music nowadays and streaming became the most used way of music consumption. Does that affect your songwriting?

I hear so many songs — and I won’t name anybody — but people try to write songs for Tik Tok and Spotify. I never want to get caught up in writing for something that isn’t truly me. I never want to write for a specific social media platform. If Tik Tok would hit me up and ask if I want to write a song for them, I definitely would, but I wouldn’t write an artistic song that would maybe be doing great on Tik Tok. I just don’t believe in that as an artist, so I try to stay true and write from the heart. I want people to listen to my music in sixty years and think that it’s still timeless.

I pray that I can go on tour more than once. That’s my number one thing to do, and it’s the thing I love the most. I plan to go on tour, and I’d love to release a full-length album next year. Those are my two big goals, and I’ll keep on going on the path we’re on to continue to get bigger and better. I also have a movie coming out next year, which is pretty exciting, and hopefully, I can do more acting as well.