Our 10 Favorite Music Releases of the Week

Here comes our favorite time of the week, when we sit down and listen to the absolute bangers that were released in the past seven days. After meticulous curation, we’ve selected 10 new tracks for you to discover, and really hope you’ll love them as much as we do! As usual, you’ll find them all in our amazing Spotify playlist, so make sure to give it a follow if you haven’t already.

Cardi B only released one single last year but “WAP” didn’t miss the mark and became one of the biggest songs of the year. After another five months without new music, the American superstar finally returns with brand-new music and promised that her new album is almost done. Hooray!

The new single “UP” is definitely a little less provocative compared to her collaboration with Megan Thee Stallion but once again, her undeniable strong flow in the verses grabs all the attention. Miss Cardi knows what will bring her to the top and turns it up in the accompanying video clip, which sees the rapper at her A-game!

FINNEAS will always be known as the older brother of Billie Eilish, but he has way more to offer. The young American has won six Grammy’s, produced songs for Celeste, Tate McRae, and Justin Bieber, and is the musical brain behind the success of his sister. In the meantime, he’s working on his solo debut album, which already looks promising. Singles as “What They’ll Say About Us” and “Can’t Wait to be Dead” sounded very good, so the expectations for “American Cliché” were extremely high.

The newest addition to his discography sounds very surprising. Instead of another intimate song, FINNEAS decided to make a bombastic musical-ish track. Heavy horns, a catchy piano, and a very melody-driven voice is the excellent recipe for yet another big hit. A very happy sounding love song about being a cliché. The young American has changed the meaning of the word thanks to a big anthem.

The chance you’ve already heard of ZOHARA is not that big because she kinda disappeared after the release of her first record in 2016. The Tel Aviv-based singer and producer has now made a comeback, that looks very promising. For her newest single “Sing a Song”, she teamed up with David Wrench, a producer who worked together with The xx, Frank Ocean, FKA twigs, Jamie xx, and many more big names.

“Sing a Song” sounds very weird when you listen to it for the first time, thanks to the overload of electronic (voice) samples. After some time, you’ll hear the Eastern influences, accompanied by a catchy beat. The beats only get more mysterious while the song keeps getting more chaotic. A perfect mix between dreamy effects and chaos is what ZOHARA made of her comeback. One to watch this year!

Our Belgian R&B queen Cyra Gwynth’s biggest resolution for this new year is dropping one tune after the other, and she keeps her word. On her Instagram, she already posted two phenomenal freestyles that showcase her versatility as an artist and make us wonder why she isn’t a global superstar. Her new single could potentially change that and put her on the map in the US and the UK.

Together with her producer Lamsi, Cyra succeeded in making another sultry bop. “DGAF” highlights her smooth vocals that go perfectly with the sexy trap beat. It’s incredible how the singer is bringing the heat on every single release without ever sounding the same. Cyra Gwynth is our Belgian R&B princess who’s ready to snatch the big crown.

Navigating between pop and electronic music, DAVID44 is probably Denmark’s most promising pop star. After making a name for himself within the local scene with a series of well-acclaimed singles, the Copenhagen-based, Icelandic-born artist returns with “Understood”, an upbeat yet powerful track he composed in collaboration with renowned Norwegian songwriter Caroline Ailin (Dua Lipa, Katy Perry, Zara Larsson).

With this song, DAVID44 takes his sound to the next level while gradually opening up on his own story. That dude surely does his part in making Denmark a welcoming spot for alt-pop enthusiasts!

One thing is for certain, AJÁ ROSE doesn’t do things by halves: crystal-clear voice, breathtaking melodies, and powerful beats, her music has got it all. Based in Los Angeles, the artist kicked off her career with the release of the debut single “Paradise Blue” in 2016 and hasn’t stopped dropping dazzling music ever since.

This week, she returns with “upside down”, the second single of her upcoming project. Starting with angry guitars and a downtempo beat, the track sets the tone for the artist’s complex universe. We absolutely can’t wait to see what comes next!

Genre-defying artist Tkay Maidza clearly has a thing for blending and combination: characterized by an energetic, playful, and introspective atmosphere, her music works as a dazzling association of influences and genres, going from alt-pop and trap to hip-hop and rap. After dropping her well-acclaimed EP Last Year Was Weird, Vol. 2, she returns with “Kim”, a flawless banger that got us dancing like nobody’s watching.

Written in collaboration with American rapper Yung baby Tate, this track serves as an ode to Kim Possible, one of Tkay’s childhood icons. Directed by Adrian Yu, the music video that accompanies the song features the artist dressed up as different Kims, ready to take the world by storm.

The new generation of musicians is highly inspired by the past decades in music and Pilar Victoria is no exception. The Argentine-American teenager already conquered a place close to our heart in December, when she released her fabulous winter song “Flustered Snowflakes” and our love is only growing with her fresh release “80’s Movie”

The sound of “80’s Movie” is sonically inspired by the biggest decade in music yet still manages to sound new. It’s just extremely cute and heartwarming without feeling like it’s too cliché or outdated. With this new song, Pilar also revealed that her debut EP Hi, My Name is Pily is coming out on 26 February.

Filipino-American artist Yeek has proven to have more than one trick up his sleeve: based in California, he sings, raps, plays multiple instruments, records, produces, and even makes films. Earlier this week, he unveiled his first song of the year, the breathtaking “3000 (Baby Baby)”.

Drawing on R&B sounds and the driving force of a new love, the jack-off-all-trades artist depicts the struggle of long-distance relationships. Coated in a blend of melodic synths and powerful drums, the track sets the tone for Yeek’s upcoming projects and gives us a glimpse of who is: a leader who isn’t afraid of his vulnerabilities.

Allie X’s self-described glassine goth-pop style is unique and has helped her become a unique artist in the music landscape. Her album Cape God saw her explore new roads within her own sound and still is an absolute blast to listen to on a rainy, dark winter evening.

Allie X is far from being a one-trick pony, so it’s not surprising that she’s heading on a different road with “GLAM!”. The single combines her signature pop sound with ’80s disco and early ’00s bangers, which really makes us excited for what Allie is preparing for this new year. 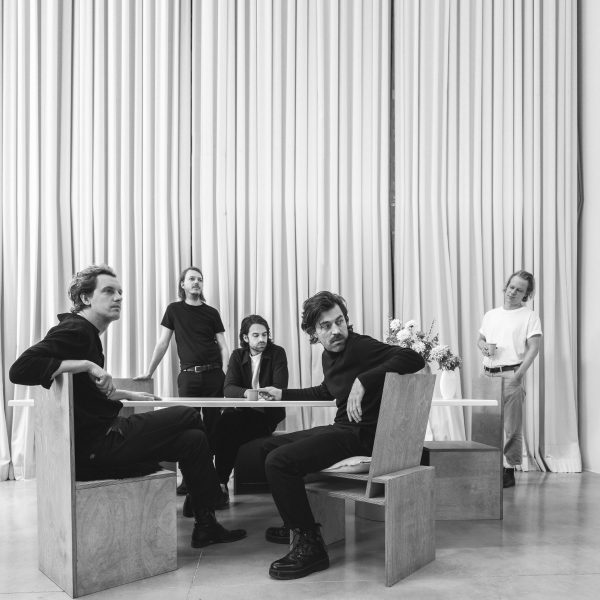 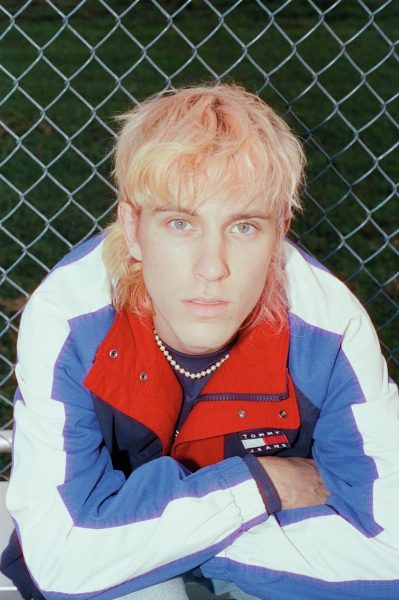 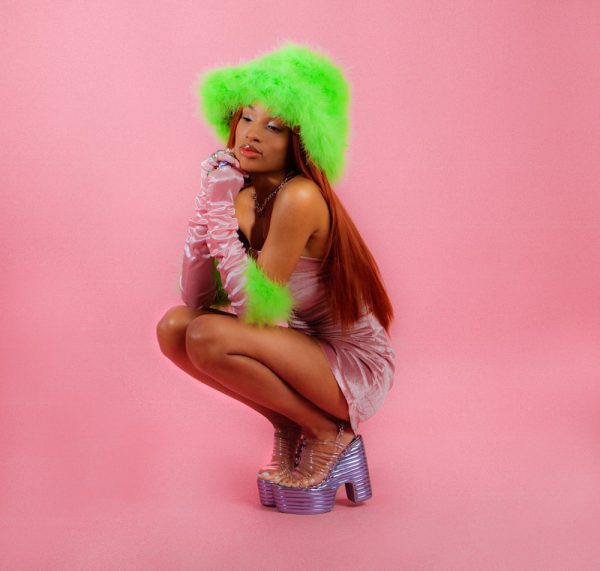 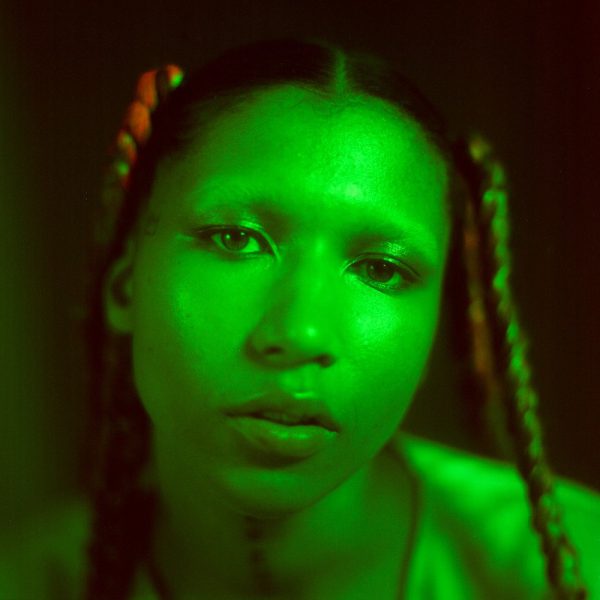