When Madame X was released early June 2019, it turned out to be a back to form Madonna album for me. I didn’t deeply feel for those last three albums since the amazing Confessions on a dancefloor, so when she returned with an album inspired by fado and world music, catered with experimental frivolities and nods to contemporary pop music, I was pleasantly surprised.

All of it was there! Of course, there’s Mirwaïs, her long-term producer who she hooked up with again. But also back in the game were the typical lyrics and songwriting: sometimes slightly cringy, but mostly empowering, empathic and thoughtful. I could tell that she was doing what she felt like doing (again). The fact that the album could actually have done with three or four songs less, to add to its cohesiveness, didn’t temper my enthusiasm. So when I heard the news that she was doing a theater tour in small venues I decided to book a (pretty pricey) ticket for a show in Paris. I felt that the happiness for my recovered sympathy for her justified this bold purchase.

So there I found myself all alone, somewhere late February at Le Grand Rex in Paris, surrounded by another 1499 rather distant acting gays and friends. No social media to kill the time because you had to put your phone in a sealed bag that could only be opened outside of the venue, in order for the fans to fully enjoy the experience of the show. I was pretty excited, yet a little anxious for what was to come because the tour hadn’t been exactly a carefree one up till now. Residencies in ten cities in eight months, fifteen (out of 93) cancelled concerts, two to three-hour delays on show times, downsized shows, technical problems, and a stubborn Madonna, who had been suffering from a knee injury (but didn’t feel like giving in). It left her with lots of disappointed fans, and a couple of lawsuits.

But I got lucky. No cancellation, no downsized show and “only” an hour delay. And damn, what a brilliant evening it turned out to be. 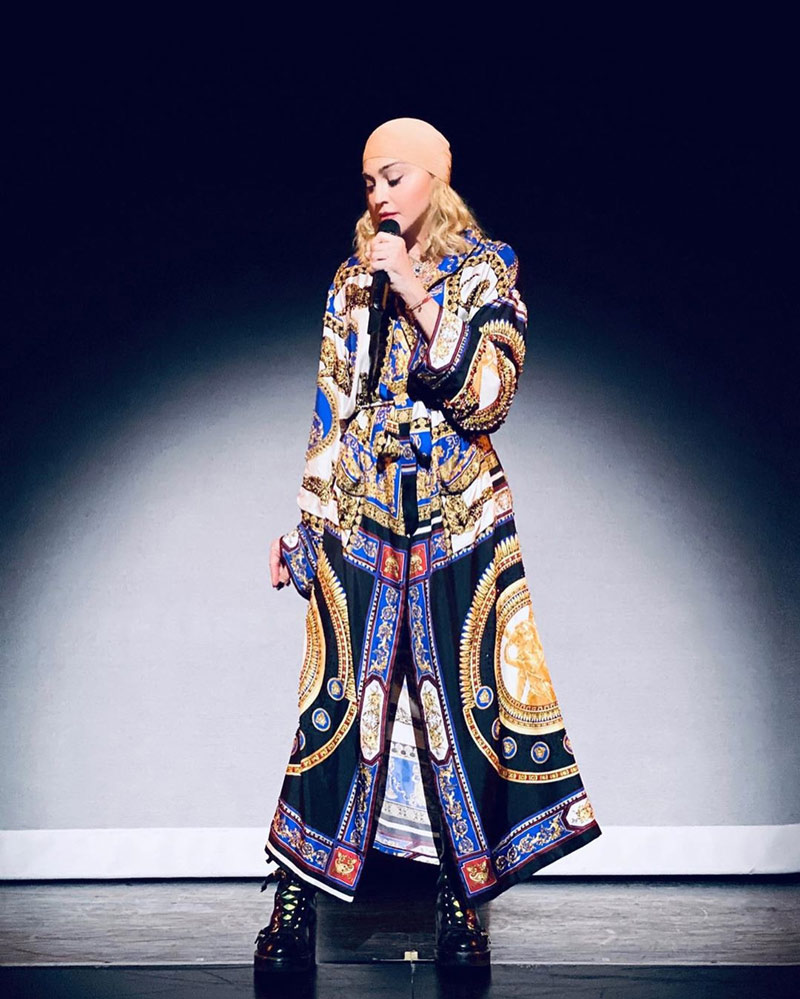 Relaxed, yet unstoppable warrior for Equality

The show kicked off with an intro with Madonna as Madame X typing “Art is here to prove that safety is an illusion,” on a typewriter, while the sentence was projected hugely on the theater curtains. With the sounds of guns being fired, and bullets falling to the ground the tone was set for an over two-hour long show.

There were rolling stairs that functioned as props and projection screens, dancers that filled the gaps of the costume changes with choreographies based on the sounds of sighs and breathing, lots of female musicians (violinists, percussionists and trumpeters). Screen projections that filled the whole venue, a set consisting of classic songs and a lot of songs of the new album (reworked with blends of world music), loads of outfit changes (by houses like Miu Miu, Prada, Versace and Mugler to name a few), conversations with fans and the occasional stand-up comedy and witty jokes about her activism, the world, politics, and her kids. 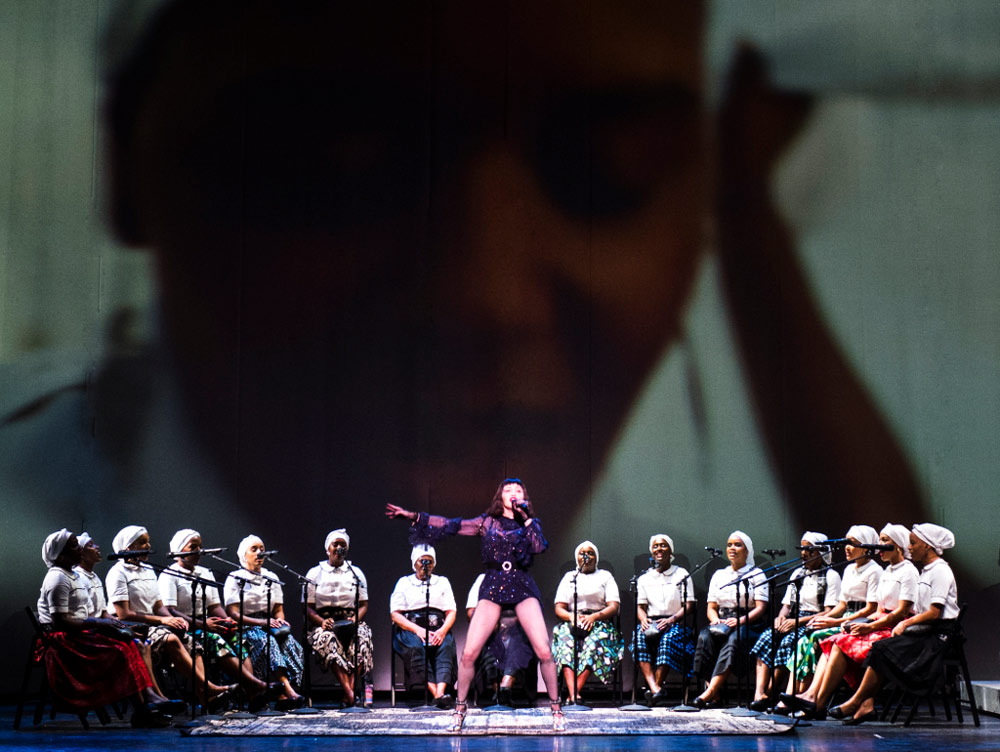 All of this was cohesively glued together by Madonna herself. Every now and then she was draped on a piano (singing), then doing handstands in a cartwheel. Later on sitting on a chair talking, while drinking white port, but what stood out most of all: she was relaxed and warm. You could almost feel that she knew the end of the tour was almost there, and so she kinda let her guard down.

Occasionally there were a few hints of American cringe in the air, but they always got nipped in the bud by her cheeky and charming way of being herself, which made her absolutely adorable and light-spirited that night. The sound was loud, bass-driven but crystal clear which added to the intensity of the concert, as did her crisp sounding voice (which isn’t always the case during her live shows, as we all know) (even tho that never really bothered me to be quite honest).

Favorite moments were the song “Batuka”, which she performed with a group of 15 Batukadeiras (Batucada is a form of samba percussion that was originally performed by African slaves in Cabo Verde). It was like a chanted prayer that was sinking in a sea of beats, crashing waves and percussion. “Human Nature” with its amazing jazz vibe and thrilling projections, but the absolute highlight of the evening was when Madonna sang “Frozen”,  alone, to an Arabian-inspired version, including stuttering beats and strings, behind a huge projection of Lola (Madonna’s daughter, e.n.) dancing the choreography of the Frozen video. Goosebumps. 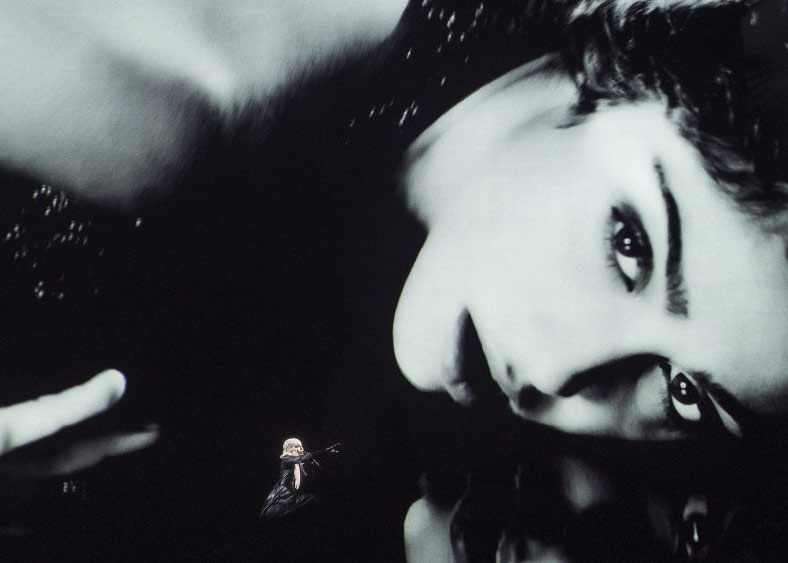 So, Did I like the show? Well, I most certainly did, even a lot! Would I pay the same amount of money again to see the show a second time? I guess I could be tempted. But right now, I have to say that I’m just happy with what I got: A perfect, intimate, crazy and once in a lifetime experience with one of the biggest female rebels of the entertainment business. And let me tell you, she mattered, she matters and she will always matter. Long Live the Queen.