Slayyyter: “I Don’t Like to Be Told What to Do”

She’s an icon, she’s a legend and she’s the moment. Pop royalty Slayyyter is the kind of artist that hasn’t released a bad song yet and is in charge of some of the biggest bops on our playlist. After releasing her self-titled mixtape in 2019, she’s putting out her debut album ‘Troubled Paradise‘ in June. We already had the pleasure to give the album a spin (okay, we already know every song by heart…) and had the pleasure to meet the pop icon via Zoom to discuss her brilliant debut.

There’s a shift of the sound between your first mixtape and your upcoming album. What triggered that evolution?

I think just getting burned out on doing the same thing. I go through phases a lot and get bored really easily. I had been making very Y2K, celebrity culture-influenced music for so long that I wanted to do something that was a little more opened up to different genres. I wanted to play around with country, pop-punk, and a lot more directions. That’s probably what inspired my little switch up.

Your single “Throatzilla” is a sex anthem. What does your songwriting routine look like for these spicy songs?

Songwriting can be very different. Sometimes, I just write to beats all by myself, and other times, I’ll be in the studio with producers where we collaborate on the writing. The more explicit ones, I definitely write by myself more because I’m a little bit too embarrassed or afraid to throw those lines out to other people in the room. 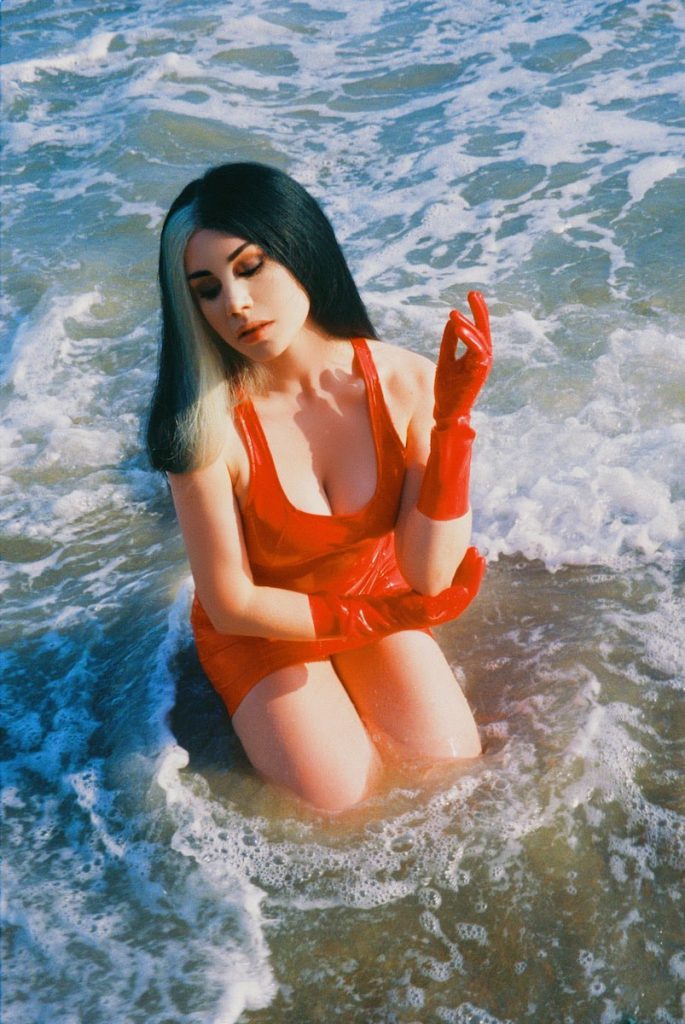 You like to have the ropes in your own hands. What attracts you in the idea of doing everything yourself?

As an artist, I feel like the art should come from myself. I would never want to sell an album to someone where the words aren’t heavily written by me or the visuals weren’t my idea. Nowadays, more artists take control over their visuals and the atmosphere they’re creating. I have so many ideas and I don’t like to be told what to do. I want my visuals to look a certain way and want to find the photographers or graphic designers myself, because I want to chose the visual identity of who I am. That just comes from me being a controling virgo.

After listening to the new album, we’ve got the feeling that you like to explore the borders of pop. Would you say that too?

Definitely! I wanted to repurpose the kind of pop music that I was making into something different. I feel like it’s a little more abrasive, some songs are a little brasher than just dance-pop music. But there are also some very beautiful dance pop moments like my recent singles “Troubled Paradise” and “Clouds”. I definitely want to experiment and build on the pop music that used to get me excited when I was younger.

Is Troubled Paradise an ode to the dance clubs or what is the main reference?

I still think that the mid-2000s were my main influences because the base of the songs was dirtier. That kind of music inspires me to make songs that are fun to party to.  There are so many songs of that era you can cry to as well, so I wanted to roll it all into this little twelve tracks counting soundtrack to the past two years of my life I guess. 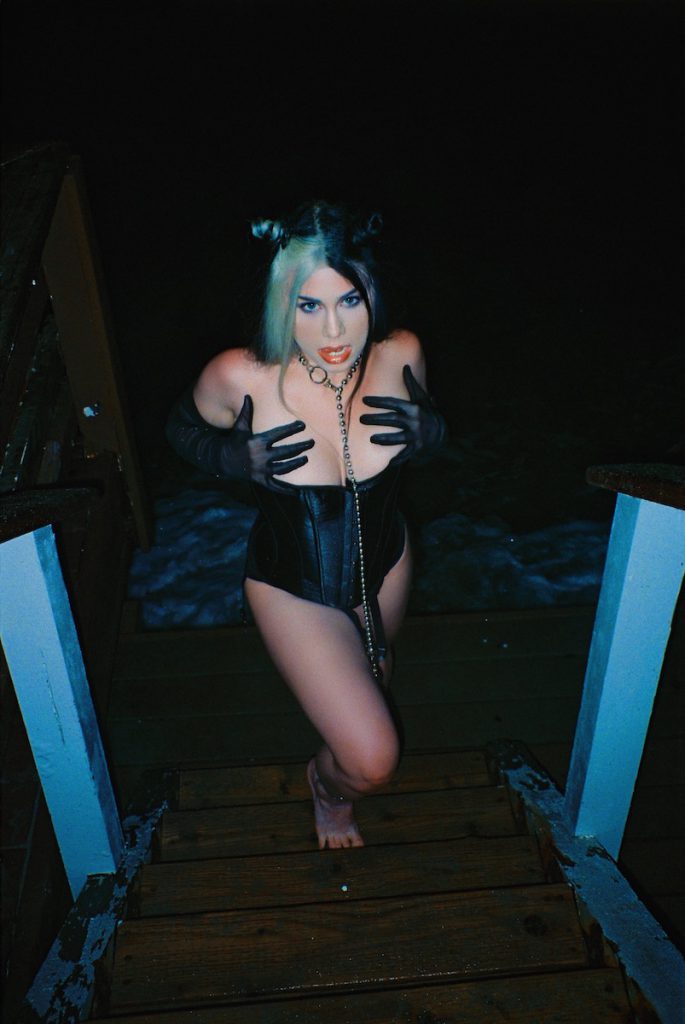 Which songs or artists do you need to hear when you go out?

Honestly, it kind of varies. Sometimes, I’m obsessed with the old Britney, Gwen Stefani, Fergie, or Gaga songs. Other times, I’m into newer things like Doja Cat or more underground pop artists like Kilo Kish or SHYGIRL. When I want to party, there are different kinds of playlist I rotate. I’m currently in quite a weird phase and love Italian disco… I’m literaly obsessed! The production on some of the songs is corny in a way, but so perfect. The melodies just float because the production is quite simple, but I adore that.

Is there a difference between Slayyyter in love and Slayyyter being single?

During the album process, I was a single chasing after a particular person after so long and being so wrapped up in trying to have a relationship. I did let take other self destructive habits take over. My musical space when I’m in love or found a good relationship are so different. Even a few days ago, I was making a very heartfelt and more happy song because that’s where my headspace is at the moment. It’s kind of cool in music how where you are in life, really shines through in the music. Listening to Troubled Paradise is hard sometimes because it’s a little bit depressing in a way, but it ends on a good note.

Each song on Troubled Paradise sounds different. Why did you decide to put so many contrasting songs on it?

The theme of the album starts with this brash and intense party section, which eventually turns into madness. The past two years of my life have been me partying and going crazy, experiencing a breakup, and feelings all these emotions after it. The very end, which hopefully will lead in my next album, is about finding the love you’ve been waiting for. The whole album is about me being bitter, sad, or ghosted by boys, just wanting to party and be self-destructive, use drugs and fight with people. In the end, I find a happy place where I found love and where I am ready to move on to the next chapter.

The opposites come from me and my mood swings. I’m either in a super good or a super bad mood. My personality really shines through on this album just by having these extreme ends. It starts with the song “Self Destruct”, the loudest and angriest track I’ve ever made, and ends with the sweet lovesong ballad I didn’t even know I had in me. 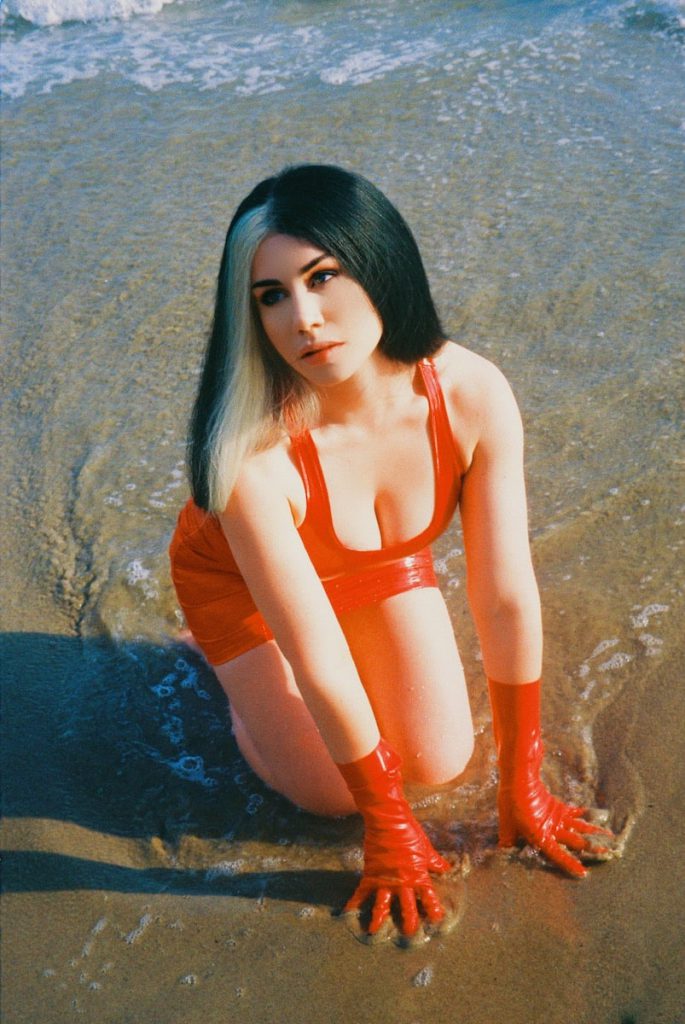 The music video for “Troubled Paradise” is showcasing your new confidence. How would you describe the overall aesthetics of this era?

It’s a little brighter and whimsical. I had the image of the album cover in my brain for so long and wanted to do this Dorothy (of Wizard of Oz) vibe but in a weirder atmosphere. All the visuals that inspired me for this era are basically dreaming sequences and fever-dream visuals that don’t really feel real. That’s exactly the kind of space that I’m in and life never feels real to me. Making music for a living is never a reality, so I wanted that to match. The album has some fairytale themes and I wanted to accentuate that visually.

Looking at the tracklist, we don’t see any collaborations. Is that a specific choice?

Whenever I think of collaborations, it’s always hard for me to place who would fit best on a certain song or who I would want to collaborate with. I also get social anxiety about even asking, because I don’t want to be the person that’s chasing someone down to be on a song of mine when they’re not really into it. I get so much anxiety from rejection. For my debut album, I also wanted my personality to shine through and for it to be my feelings.

A large amount of your fans is part of the LGBTQ+ community. Why is cyber pop so popular in the queer community?

Are there specific things you’re planning for the album release you can already reveal?

I’m working on a few different things. I really want to create more web content to be more interactive with listeners and fans. I’m entertaining the idea of doing some sort of a live performance because there are no concerts right now. I want to make something that is designed out to bring the album to life in a cool way. I’m doing all that on top of putting the pedal to the metal for my next album.

I really want to do some things that give it a moment because it feels like the moment of releasing an album has been taken away from artists right now since we can’t tour. Hopefully, I can do some cyber live streams and Zoom-parties, but we’ll see what we’re going to do. 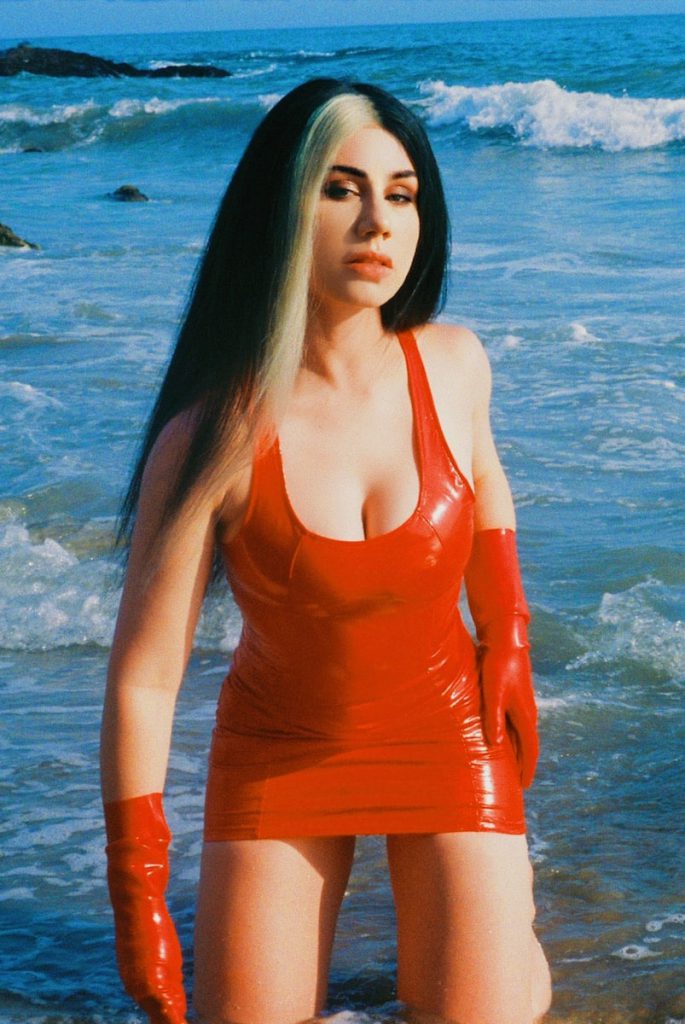 Troubled Paradise is available for pre-order and comes out June 11th.