TESSÆ: “Music Has Always Been a Therapy for Me”

When she’s not rapping alongside Booba or translating the emotional life of her TikTok followers into songs, Marseille-based singer TESSÆ keeps on shaping the foundations of her promising career, digging into inner reflections and influences. After a bunch of well-acclaimed singles and EPs, TESSÆ unveiled her very first mixtape ‘Saisons’ earlier this year. We caught up with the young artist to chat about life, social media, and the symbolism behind her latest project.

We are in the middle of a pandemic, yet you’ve managed to write, record, and drop a brilliant mixtape Saisons. What’s a typical day like in TESSÆ’s life at the moment?

I must admit that I don’t have much to do these days. (laughs) When there’s a promotion day like this one, I take the train and everything, but generally speaking, I don’t do much at the moment. Sometimes I get inspired and, for like, three or four days, I’ll write songs. This way I start building the next project that should come out. So I’m either doing nothing or writing and recording music.

Do you manage to keep your creativity rolling?

I try because otherwise, I’m afraid I won’t be able to do it again. 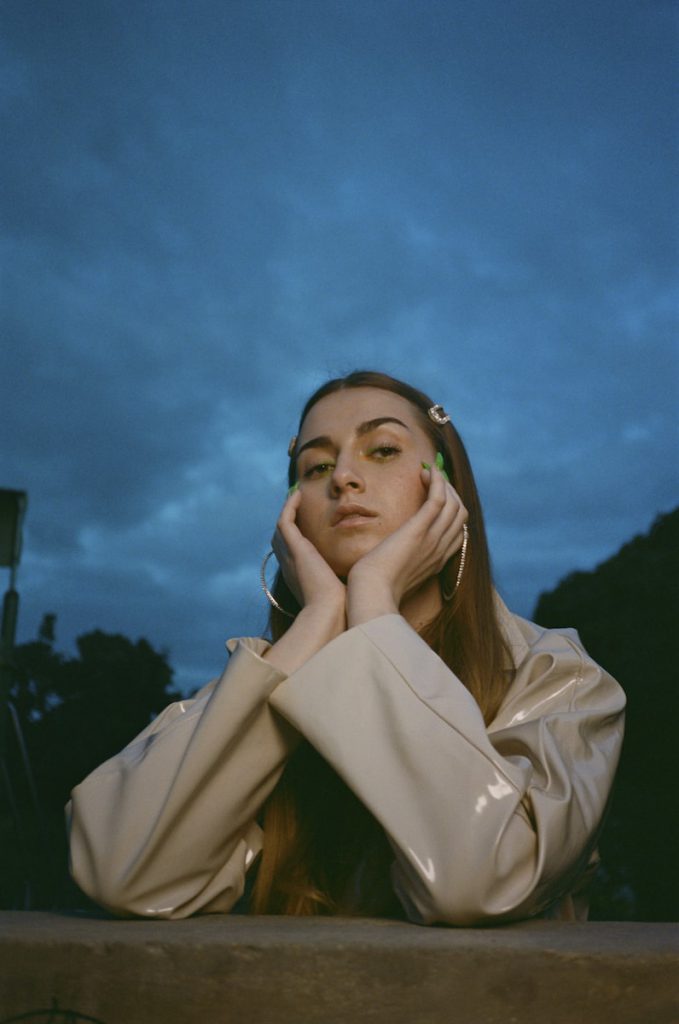 What does Saisons symbolize for you?

It’s the first project that really serves as an introduction to who I am as an artist. Even though I’ve already released a few tracks before, this is the first time I release something in a physical form, with such a strong message. With this project, I wanted to show my audience what I was capable of. People often say that I’m a rapper, and I’m the first to say that I’m not.

In fact, when you check out the mixtape, you realize that it’s a lot more melodic than you’d think. So yeah, my main goal with this was to enjoy myself, and show others what I could do. The notion of seasons was predominant here because I often vary mentally in terms of seasons. You can really feel this throughout the mixtape: spring and summer have sunny and joyful vibes, then there’s autumn and winter, which carry harder themes.

And what’s the message you’re trying to convey?

Music has always been a therapy for me. Artists such as Billie Eilish have helped me deal with mental health struggles such as depression, for example. Then there’s the way I approach music myself, and this other thing where I try to help people: I help myself by writing and clearing my head, but I also want to help the people who listen to me and have a similar impact that other artists have had on me.

I depict various themes that have been difficult for me to deal with, whether it’s schoolphobia, socialphobia, depression, or harassment, but obviously, my music includes some more general themes too. In “Salope”, I talk about street harassment because we are all victims of it—it is not an isolated problem. Music is my own channel of expression, so if I want to talk about something—instead of making a post on social media—I’ll just write a song about it. I have problems that not everyone has, such as mental pathologies, but there are other themes [in my music] that speak to everyone. 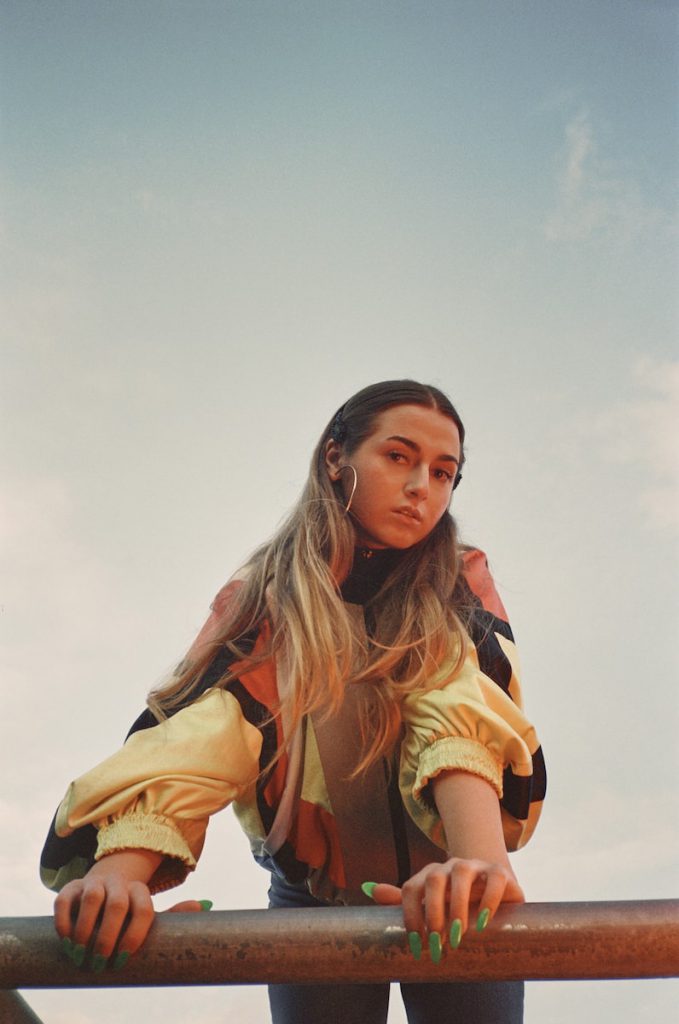 You mentioned the importance of Billie Eilish in your musical journey. What were your biggest inspirations for the conception of this project?

This mixtape was heavily inspired by urban music. Damso’s influence is clearly omnipresent in the way of posing and doing prods. He really was a big inspiration for this project. The mixtape was inspired by Orelsan too, and a bit of Booba, which you can clearly feel on “Bling”. But yeah, there was a lot of urban inspiration on that mixtape.

That being said, my inspiration is never linear. Sometimes I discover artists that I can’t stop listening to—I’ll listen to everything they do—just to be able to draw from their music and collect everything that could be beneficial to me. It helps me learn more about my way of writing, interpreting, and singing.

How was it like to collaborate with GIMS on “Le coeur n’y est plus”? How did you end up working together?

It’s all thanks to social media, again. (laughs) I created a concept called Ad Vitam on TikTok and Instagram, where I write songs about my followers’ memories. I received a memory that was about a failed love story—broken heart and everything—and I had to perform in the style of a GIMS song. So I did it like any Ad Vitam, but this one received greater attention on social media, and GIMS came across it! It was such a wonderful surprise, I didn’t expect GIMS to have a TikTok account. (laughs) He reacted to the post, then our respective teams got in touch so that we could work together. We both did our own bits, reworked everything, and came up with the track!

Would you be keen to collaborate with other artists?

Absolutely. There are artists that I listen to just for the sake of it, but there is often this thing where I discover an artist—or rediscover an artist—have an instant crush on them and listen only to their music. When this sort of connection happens, there’s always a moment when I tell myself, “I want a feat with them”. From the moment that I’m interested in what an artist does, or simply because I find their project touching, I just want to share something with them.

I would be super keen to add some feats to my upcoming album, but I haven’t thought about it yet. Normally the mixtape was not supposed to have any because it was really the time to present myself, but frankly, I couldn’t resist a feat with GIMS. (laughs)

Aesthetics, styling, and visuals seem to be paramount elements of your project. Does it serve as an extra way to express yourself?

Totally. For me, music is not just about singing, I work on everything that surrounds it too. Regarding the mixtape, it was generally the team that made me proposals, which I would either accept or refuse. But one thing’s for certain, the stuff I’m working on for the future, strongly focuses on aesthetics, to an extent that could even excel the music itself. I think you can only set up something mad with the choice of outfits, the choice of images, the metaphors, and everything. I find it really interesting. It’s a big part of the project.

I guess it allows you to give a second reading to your audience too, right?

Exactly. I really like to write lyrics with a double meaning that I can understand in one way while my audience sees it differently. And then with the music videos, you can add another facet to it. It’s brilliant. 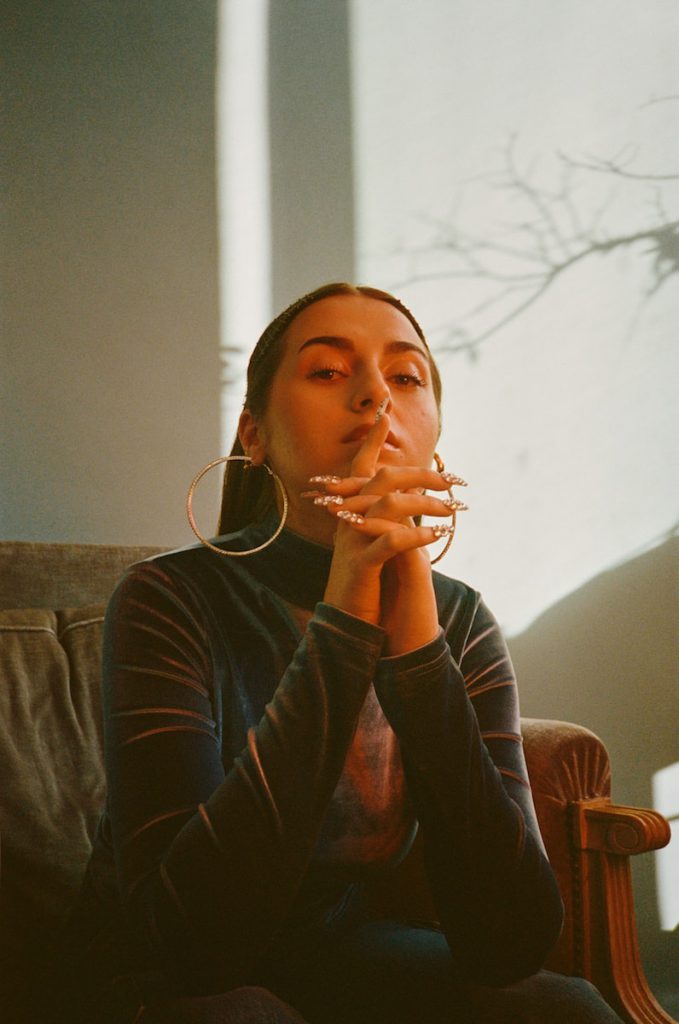 Raising awareness about harassment issues seems to be at the heart of your project. What is the reason for this commitment?

I just wanted to write about it. At the time, there were a lot of testimonies on social media. I also caught up with my older sister who was often harassed in the street. It’s quite similar to when I go through complicated times, and I say to myself, “I want to write about it”. The process is the same. I haven’t suffered from street harassment directly, but I was confronted with it. Too many women suffer from it, so I just told myself, “I want to write a song about it, I know that there will be a response.” Then I just hoped that it would either comfort the victims or open the minds of those who might be capable of committing such things.

We live in a time where the problem is further highlighted, whether it’s with songs, hashtags, or simply the media. So it’s getting better and better, but it’s still very complicated. Unfortunately, there is still a big part of the population that doesn’t try to open their mind and understand these kinds of problems. And as a victim, it’s a very difficult subject to talk about, especially when you know that your testimony will be questioned.

I understand that you are very present on social media. Has your audience reacted to the fact that you address these kinds of themes?

Social media is where Ad Vitam was born. I didn’t have a lot of tracks when it started, but I was getting a lot of feedback from my followers. They were thanking me for the music, telling me that it helped them to keep going. There were also things like, “It’s rare to see these themes in a song”. I felt that the notion of therapy was taking hold, and I realized that I wanted to help others.

Social media seem to have played an important role in your career. What are your impressions of these new ways of communicating? Does it allow you to feel closer to your audience?

These days, I can only get in touch with my audience through social media. So at least there’s that! That being said, you have to be careful; I’m really addicted to social media but on the negative side of things. I spend time responding to people who contact me, but I also spend time looking at people’s lives and putting myself in a bad position—alone with myself. So I have to set a limit. But clearly, it’s an indispensable tool. You don’t need to have a specific event to talk to people, you can chat any time, about whatever you want. You can reach out to people who live thousands of miles away from you. It’s pretty amazing. 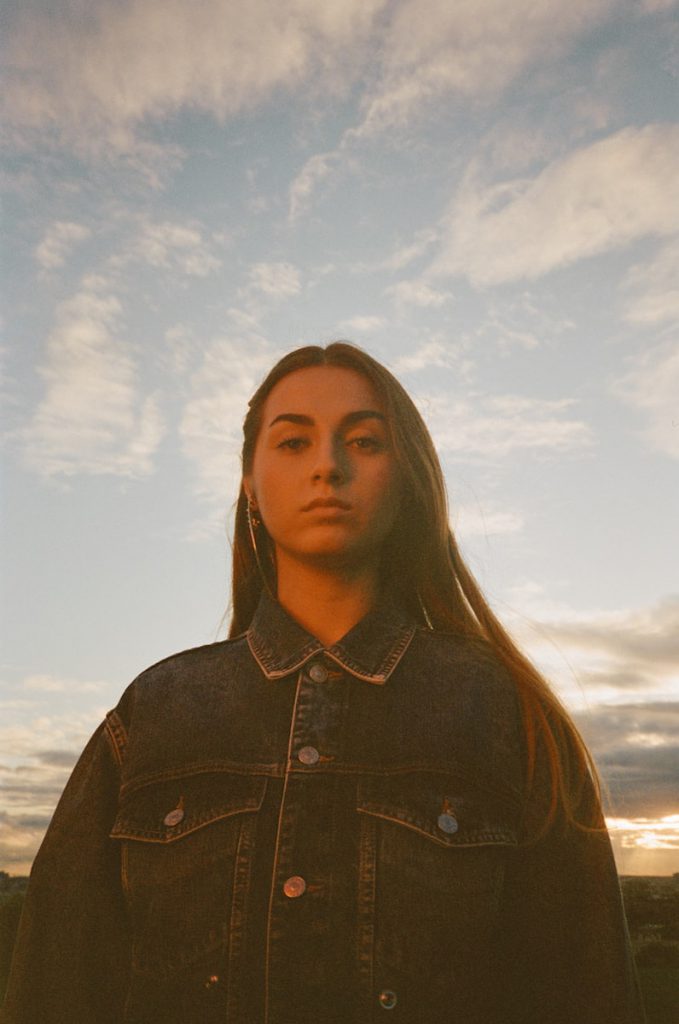 You were born in Marseille and have been developing your career there for a few years. How did this city influence your creative choices?

It didn’t really influence me. Because of my socialphobia, I spent my whole life recluse at home. That being said, Marseille did influence me in a way because everything I can tell about myself happened there, but it’s not positive stuff. Then again, that’s where it all started: that’s where I started to take singing lessons, that’s where I performed for the first time. It’s where everything started. But if I had been somewhere else, it would have been the same.

What is your favorite track on Saisons?

What’s the next step in your career?

I’m working on an album. I’ve been working on it since the end of 2020—we’re making more and more progress. I’m getting there, I already have a couple of tracks but it remains to be seen whether they will be kept or thrown away—I’ll see. (laughs) We’re starting to get the whole visual imprint as well. I’m so excited to start working on the music videos! I’d be so keen to get into music video directing, it would be so cool. We’ll see, maybe one day the credits will say, “music video directed by TESSÆ.” (laughs) 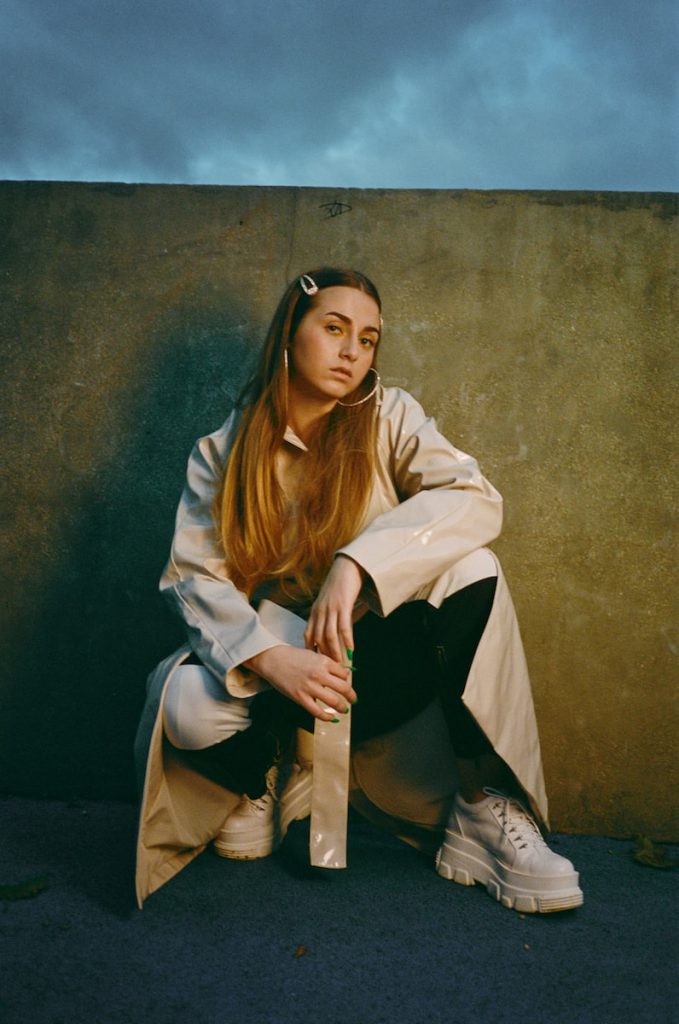 TESSÆ’s debut mixtape Saison is out now on all platforms.