The 10 Best Releases of the Week

Are you desperately looking for brand-new songs to update your Spotify playlist? Don’t worry because we’re (once again) here for you. Every week, we pick the best songs of the week that surprised, moved, or electrified us. So turn up the volume because we discovered some true gems this week.

It was quiet for a while around AYRA, but the Belgian singer took the time to recharge and is striking out in a new direction musically. On the new “Everything” we hear her in an exciting production that lies somewhere between hyperpop and glitchpop, where she herself ends up appearing even stronger than in previous work. “Everything” really is everything.

When FKA Twigs comes out with new music, you can always count on something beautiful awaiting you. Her surprising mixtape Caprisongs was only released in January, but we’re already being treated to new sounds with “Killer”. With a meditative beat and her familiar dreamy voice, FKA Twigs creates a pleasant atmosphere that grows even more intense towards the end. Let yourself get carried away by the killer that is “Killer”.

The Danish pop heroine showed again how razor-sharp she can make the songs on her third album Motordrome, released in January. Just before the summer, we get yet another new song “True Romance” in which she again manages to perfectly translate her nostalgic soul into music. This song at a beautiful sunset after a nice warm day: that’s all we need to enjoy life.

4. Judith Kiddo — Only loves me when I cry

Brussels-based multi-talent Judith Kiddo is not only a whirlwind as an actress but is also taking the music world by storm with her fantastic compositions. Her debut album will follow later this year, and the new single “Only loves me when I cry” plays an important role on it. Rightly so because we are already dreaming away to her atmospheric music in which she sounds like an immortal goddess. Florence Welch has gained an equal.

We’ve already picked up on Cassie Marin several times, and yet she still manages to surprise us with each new song. In just over two minutes we get a very mysterious synth line on “Floating” that gives her catchy vocals an extra push. Her creative perspective on pop music thus manages to bring something innovative to a genre that seems to take a new direction every month.

A few years back, it seemed that abrahamblue would have a rosy career, but he took some steps back and quietly worked on new music. In 2020 he returned with an EP, and this week we finally got another new single. “Prove It” has a summery tune with a very catchy bass that will get your hips moving. He doesn’t need to prove himself anymore as far as we’re concerned. “prove it” proves that he is an unmatched talent.

Another Belgian project releasing promising music is Belgium’s YellowStraps. His debut album will be released in the fall, of which we get a new taste with “tnght”. His international sound has already gained the interest of major media, and we would not be surprised if this new track becomes the soundtrack of the summer. Its laidback vibe is one you won’t forget soon.

Swedish singer TEX briefly formed a duo with Cajm (TTY) in 2020—with whom he released the EP 5from3 last year—but is now pulling out the solo card in full. On “Sound of You” he goes for some bold choices in his own production as he puts us on the wrong track several times by inserting several tempo changes. The inspiration for the song was found by the Swede on a train ride, where a great sense of loss overtook him and made him feel vulnerable. You can hear and feel that melancholy.

Gemini Aaliyah immediately demanded our attention with “DRIFTING AWAY.” On the song, the British musician transcends everything she has released before and goes for a fierce production that will completely blow you away. Indeed, the drum and bass beats manage to give her angelic vocals a dark edge. The initial goodness we hear is quickly exchanged for a lot of spice and that is exactly what we like to hear in music.

The new generation of hip-hop artists is on a very strong rise in Belgium and is increasingly making its mark on the genre. The Belgian SPACEBABYMADCHA is one of them. In terms of sound, she sounds a bit like Ye’s darling 070 Shake, but she puts enough individuality into it to set herself apart from the rest. “PSYCHE” is about positive feelings and making the right choices. That SPACEBABYMADCHA makes the right choices is something everyone can hear because this new single has great international potential.

Blu DeTiger: “Being Bold Is the Way to Go if You Have a Crush” Blu DeTiger is all about the bass. After touring the world with the likes of Caroline Polachek and FLETCHER, she… 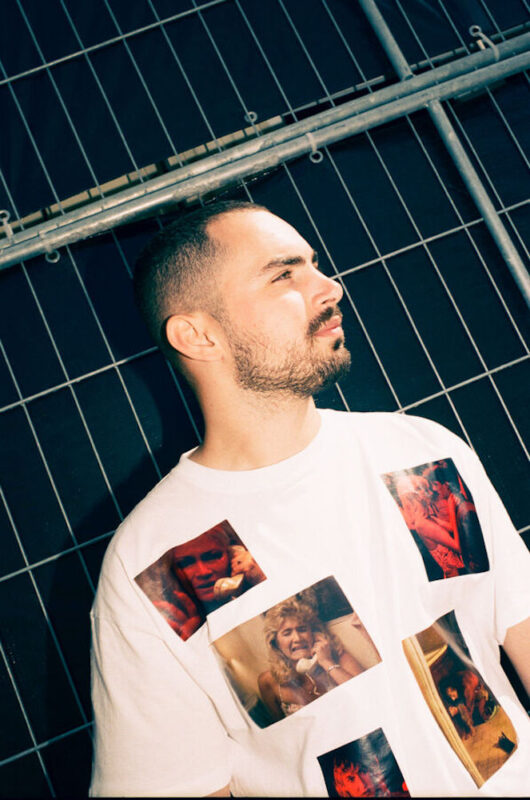 Interview: Cellini Talks About Tomorrowland, Partying in Berlin and His Own Pizza Restaurant Tomorrowland remains one of the most important festivals in the world and welcomes the whole world again for three weekends…
X