The 10 Hottest Tracks of the week

Longing to discover new music to listen to while enjoying the sun this weekend? Don’t look any further because we’ve got you covered. After thorough research and curation, we’ve selected ten little music gems that will make your day, brought to you on a red velvet pillow! As usual, each track is available to stream via our Spotify playlist, so make sure to give it a follow if you haven’t already.

It’s been a while since we heard from MØ. The Danish singer seemed to have disappeared for a couple of years but has now returned with a brand-new single. After the release of Forever Neverland, she again took some steps in the right direction.

“Live to Survive” is without any doubt a bop. MØ made a very catchy song, lead by basses and very recognizable lyrics. In the choruses, she succeeds to let us dance, sing and just let it all go. A song we’d love to hear at one of her concerts or a festival, that’s for sure.

It’s already two and a half years ago since Tommy Genesis released her critically acclaimed debut album. The Canadian rapper became a role model for aspiring rappers because of her experimental style but foremost her explicit lyrics. Since we hadn’t gotten a single release from her in a long time, the anticipation for her new music was big.

The self-described fetish rapper really brings the heat with her comeback single “peppermint”. The laidback and sensual instrumentals are an amazing fit with her undeniable sexy flow. “peppermint” is just as fresh as we expected it to be and underlines the power she holds as an artist.

Brussels-based Mia Lena took a break from music, but she is back again. Inspired by hip hop and R&B, Lena infuses her catchy pop with different influences, creating a brand-new sound. Her first two releases, “Come & Go” and “Digiluv”, showcased how talented she is, and her third single is no different.

Her third single “Playin” offers a haunting pop track with a captivating experimenting melody. “The song is about a young girl who’s traumatized by past relationships, and finally decides to leave the past behind to become a powerful woman,” Mia Lena says of the song.

L Devine is an alt-pop artist that has always had a place close to our heart. The British singer is still in the developing phase of her career as she’s preparing the release of her third EP Near Life Experiences: Part One for July 23, but there are big things ahead of her.

In her brand new single “Girls Like Sex”, L Devine is reclaiming her sexuality and flips the old narrative that sex is for men while feelings are for women. The playful pop song has some clear influences from the ’80s but also sounds future-forward.

The Canadian pop singer RALPH has been praised by the likes of Billboard, FADER, and Paper and even started her own label Rich Man Records, in 2020. Sharing the second single “Love Potion” of her upcoming GRADIENCE EP, out July 7, she also announced a Canadian tour with support from Alex Porat.

Drawing inspiration from icons like Cher, Donna Summer, and Kate Bush, “Love Potion” returns to the glam of the ’70s. It’s a disco-driven act of desperation with its syncopated guitars and blipping synths. In short: we love it! (Seems like that love potion is working!)

Long Beach trio half•alive came to life in 2017 and has been climbing to the top ever since. With performances on Jimmy Kimmel! Live and The Late Late Show with James Corden, they even got named YouTube’s Artist on the Rise.

Their new song “TIME 2” was produced by three-time GRAMMY Award-winner Ariel Rechtshaid (Adele) and co-written with Dan Nigro (Olivia Rodrigo). Explaining the song half•alive says, “The song speaks about waking up in the chaos of life and remembering a child-like state of mind.”

With just a handful of releases under her belt, Tamera has already become one of the UK’s most exciting and breath-taking new talents out there. Listening to her next single “Wickedest”, it’s easy to see why she’s been garnering recognition from the likes of i-D, PAPER, and Nylon.

Embracing her sexual energy, Tamera blends her R&B vocals effortlessly on “Wickedest”. Explaining the meaning behind the song, Tamera says, “It’s a flirtatious conversation with someone I like and lust.” And her flirtatious offering definitely has us hooked!

Belgium has a lot of undiscovered pop gems, and NUÏ is certainly one of them. The Ghent-based singer is set to release her debut EP but is still teasing some singles. A few months after her first single, Emma De Quick now presents her personal favorite: “Bad Habits”.

On her second single, NUÏ took some big steps in the right direction. The single is lead by dark synths, mysterious beats, and De Quick’s shady vocals. She tries to crawl under your skin while pulling you into the deep. A very spheric single, which will definitely gain her some new fans.

The Bronx-born Dominican artist LASTMONDAY garnered critical acclaim for his debut mixtape Yo Tigerito! from the likes of Rolling Stone, The Fader, and Forbes. Besides that, he’s also collaborated with some big artists and producers in Latin music, including J. Balvin, Shakira, and Fuego. Safe to say he’s only just getting started.

LASTMONDAY’s intoxicating new single “LlAMADO, BORRACHO” tells the story of unrequited love and the emotional unraveling that follows. The music video was filmed during one of NYC’s biggest snowstorms of the year and chronicles falling into an inebriated stupor over unrequited love.

A few years ago, Sigrid was one of the most promising pop acts. She had some hit singles as “Plot Twist”, “Strangers” and “Don’t Kill My Vibe”, but after the release of her debut album Sucker Punch, she disappeared. It turned out she was working on a second album. The first single “Mirror” is already a bop.

In less than three minutes, Sigrid pulls us onto the dancefloor. With heavy basses, some catchy strings, and very uplifting lyrics, “Mirror” will undoubtedly become a summer anthem. The Norwegian singer came back with a bang because her newest single is still stuck in our head!

On Our Radar: eugene Captures Raw Feelings in His Music We love to give opportunities to upcoming artists and that’s why we launched our series ‘On Our Radar‘ at the beginning… 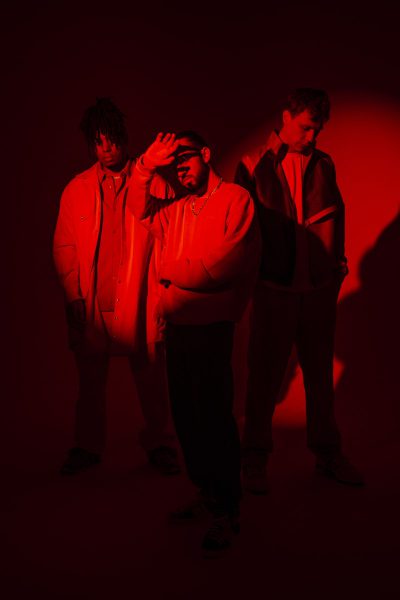 L’Or Du Commun: “There Are More Melodies and Risk-Taking on This Album” Two and a half years after the release of their well-acclaimed debut album SAPIENS, Brussels-based rap collective L’Or Du Commun…
X