The 10 Most Exciting Runway Models of the Moment

Francisco Lachowski or Sean O’Pry are definitely names that come to mind when you hear the words ‘male models’. Although they are very much appreciated, a breath of fresh air is always nice. We’ve created a list, curated by Naveed of the must follow @Männermodels Instagram account and @pradaitboy Twitter account, of the current top ten male runway stars you should get excited about in 2020.

Italian-Ghanaian model Jeremiah Berko signed to his mother agency Supa Model Management in London and was everywhere in 2019. You’ve definitely seen him grace the catwalks of multiple major fashion brands, such as Valentino, Fendi, and Louis Vuitton. Jeremiah was even ranked as one of the top 50 models by models.com! 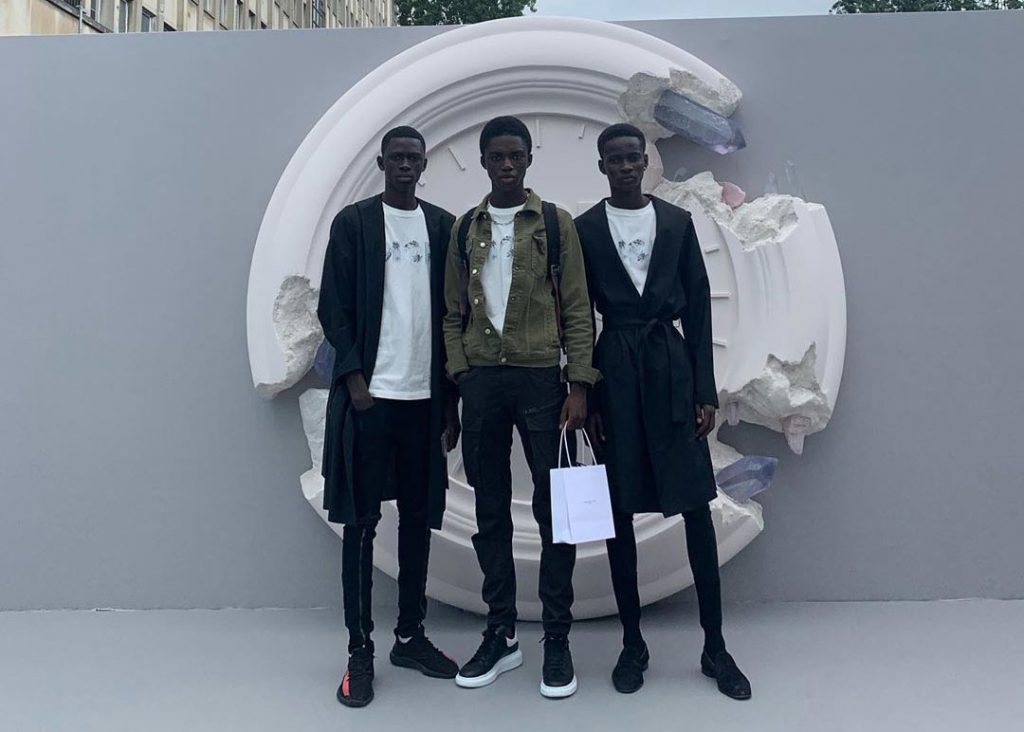 Belgian model of Sri Lankan descent Rishi Robin is part of the Antwerp-based Rebel Management. Rishi came out of nowhere and suddenly walked every major show in London, Milan, and Paris. The 19-year-old made his debut at Ermenegildo Zegna in the summer of 2018 and has worked with brands like Versace, Hermès, and Lanvin. Rishi has also been in the campaigns of brands like Ferragamo and previously mentioned Hermès. 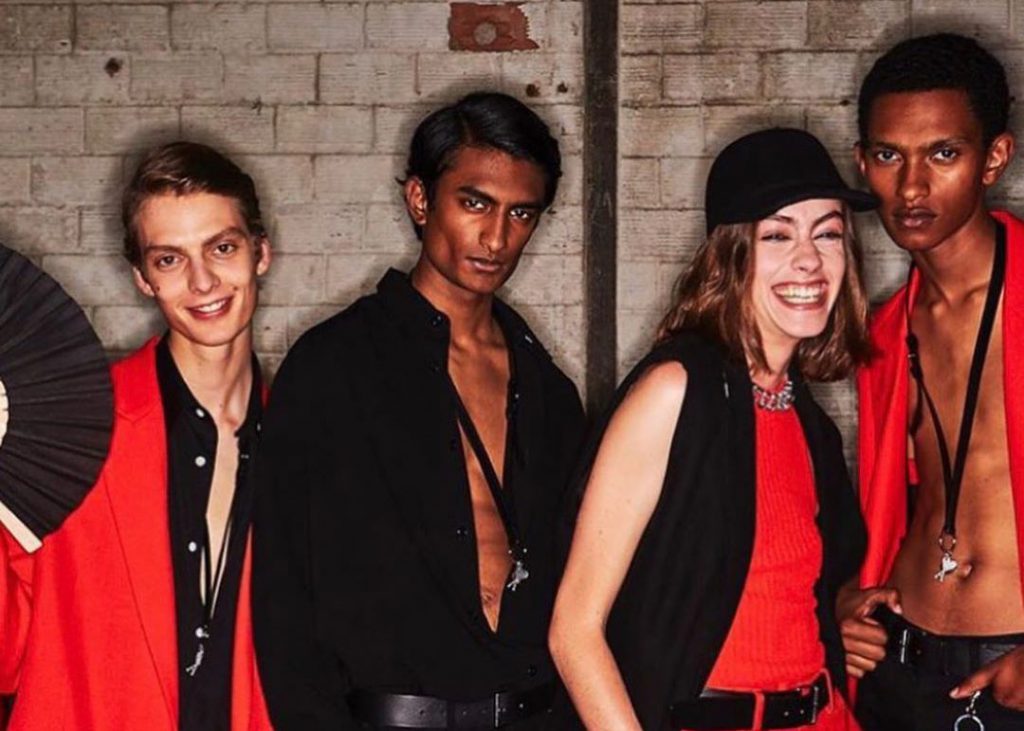 Law student and model Cherif Douamba is an Ivorian model and was discovered on Instagram by a model scout. His first modeling job was a show for Zegna in Fall/Winter 2019. Cherif has walked for major brands such as Valentino, Dior Homme, and Berluti. 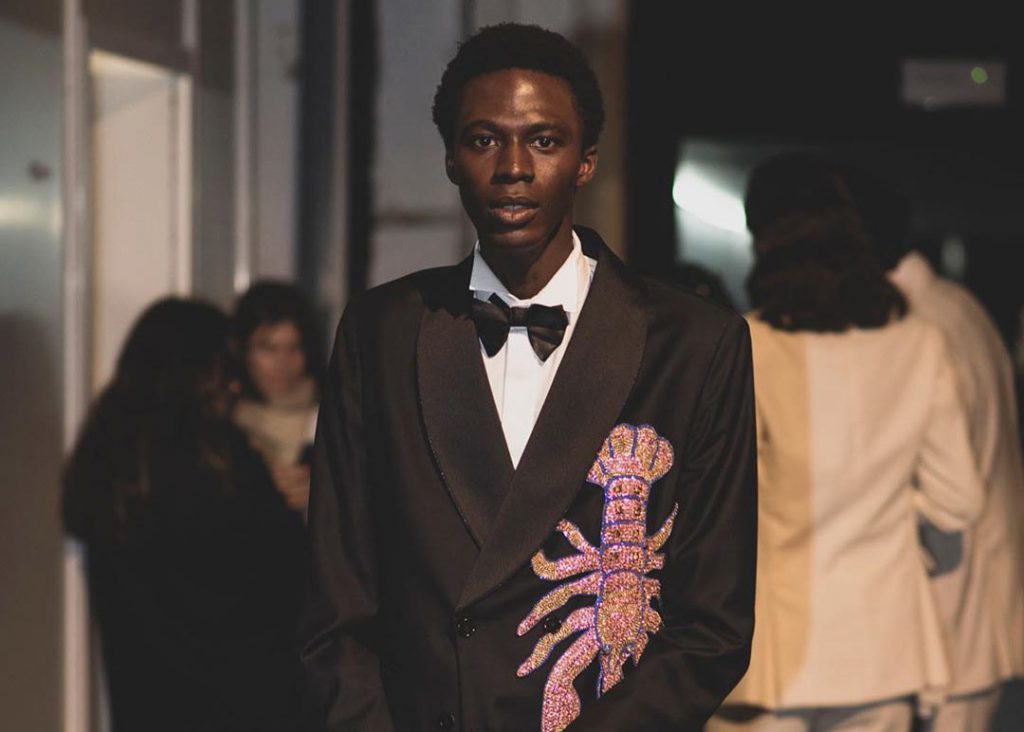 Cherif during a presentation for Avellaneda.

London-based British model Emmanuel Adjaye is signed to NEXT models. Emmanuel is mostly notable for his work with major Italian fashion house Gucci. He has starred in multiple advertising campaigns for the brand. Other than Gucci, he has walked for Palomo Spain, Wooyoungmi, and others.

Emmanuel after a show in Milan, Italy.

Swedish model Aramish Mangi signed with modeling agency Tomorrow Is Another Day. Aramish has walked for fashion brands like Fendi, Dries van Noten, and Hermès. He has worked together with Fendi for advertising campaigns. 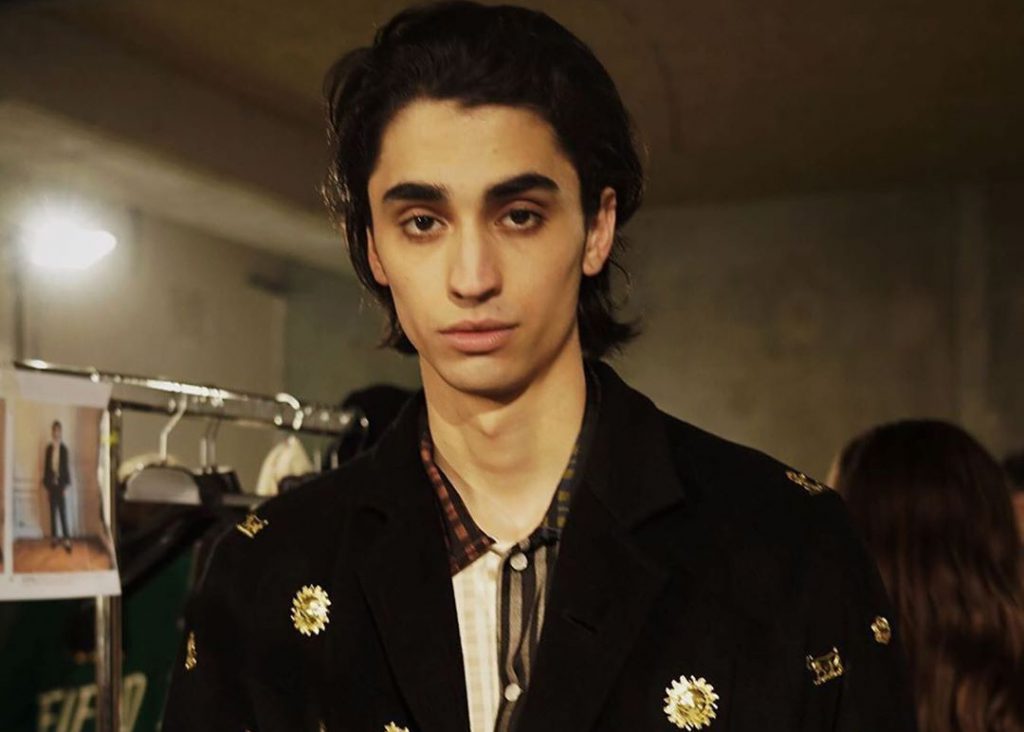 Aramish backstage during a show for Bode F/W 2020.

Louis Göckenjan is a German model based in Berlin. His mother agency is the Berlin-based IZAIO Management. Louis has walked for multiple major brands such as Dior Homme, Etro, and Emporio Armani. He has been featured in editorials for multiple magazines as well. 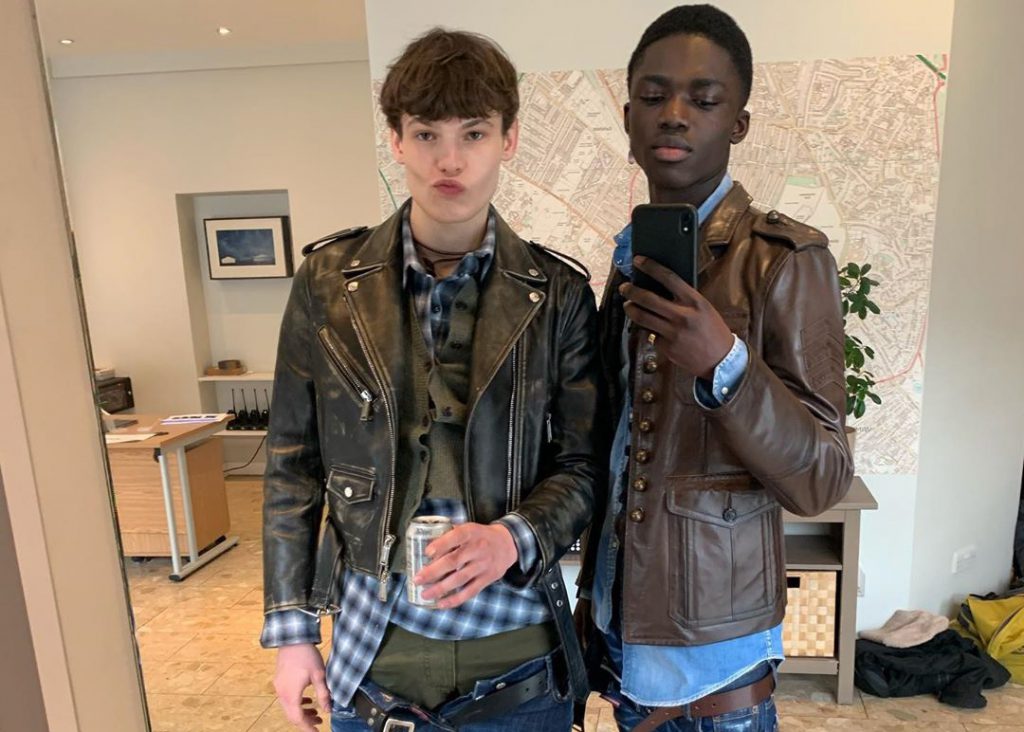 Another Belgium-based model that is signed to the Antwerp agency Rebel Management is Eliot Moles Le Bailly. He has walked the catwalk for brands like Lanvin, Fendi, and Givenchy. The 20-year-old has worked with Louis Vuitton to star in a campaign as well. 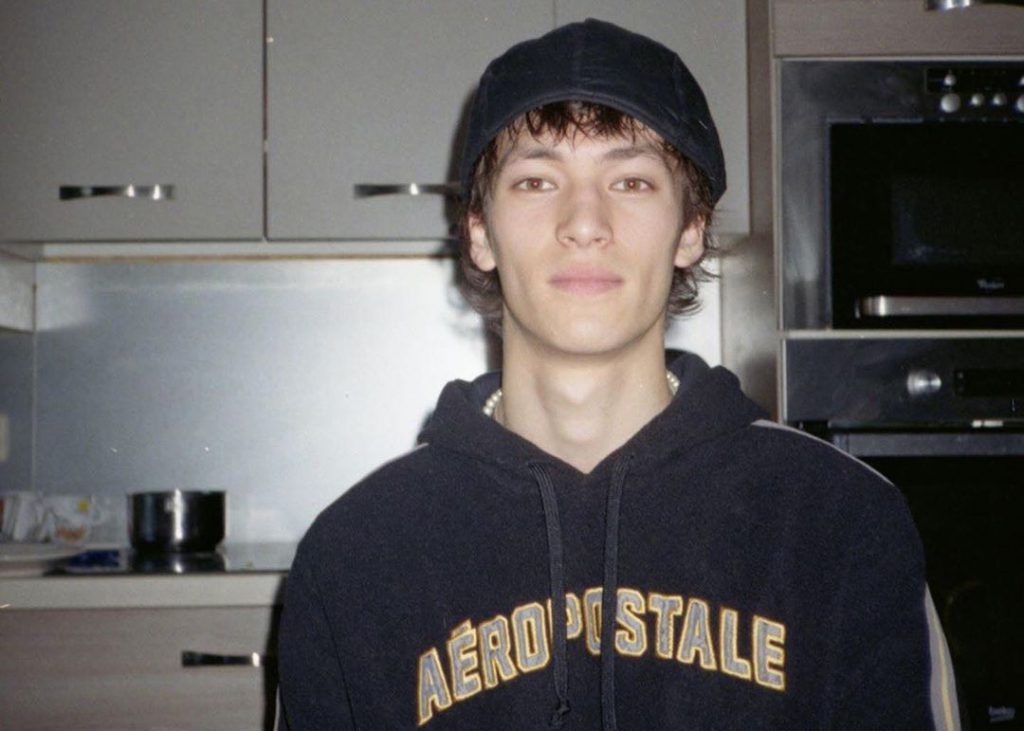 German model Jakob Zimny is also signed to the agency Tomorrow Is Another Day. Jakob is still a full-time high school student but has made quite an impression making his runway debut as a Prada exclusive and opening Kim Jones’ final Louis Vuitton show. Since then, Jakob has walked for brands such as Balmain, Alexander McQueen, and Off-White. He has also graced the advertising campaigns for Harrods, Bikkembergs, and others. 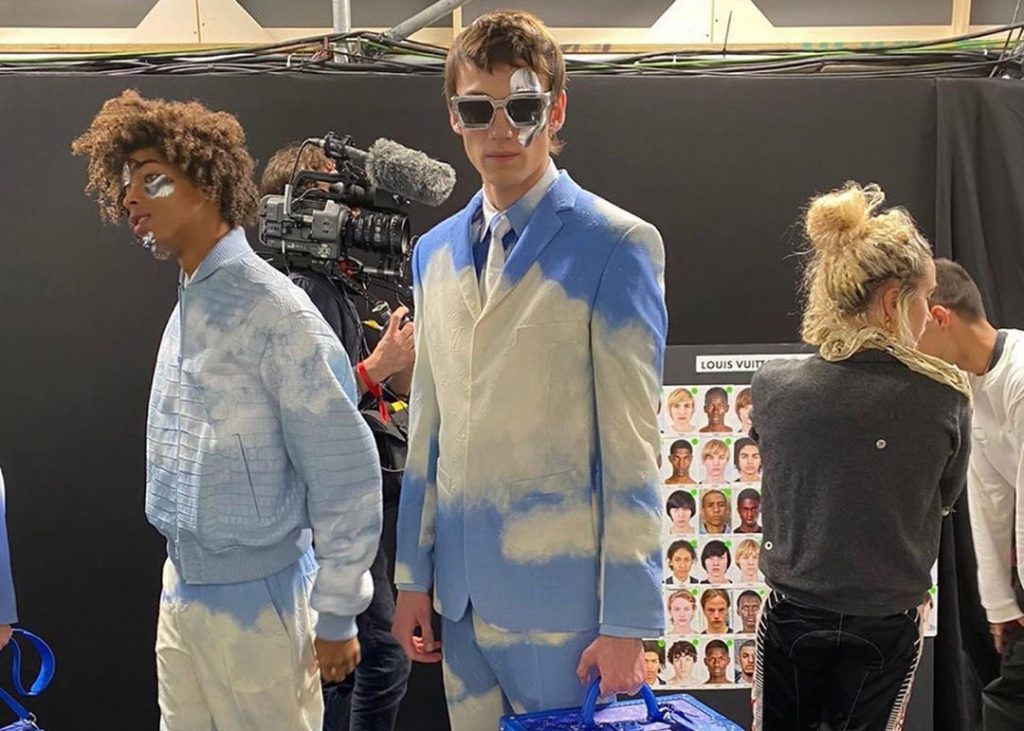 Alpha Dia is a Senegalese model based in Germany. His mother agency is the Hamburg-based Modelwerk. Alpha was discovered in Hamburg, Germany after photographer Christian Bendel asked him for permission to take his picture. He was on the advertising campaign for three major brands: Y-3, Hugo Boss, and Givenchy. Alpha has graced the catwalk for brands such as Fendi, Prada, and Thom Browne. Alpha Dia was also ranked as one of the top 50 models by models.com 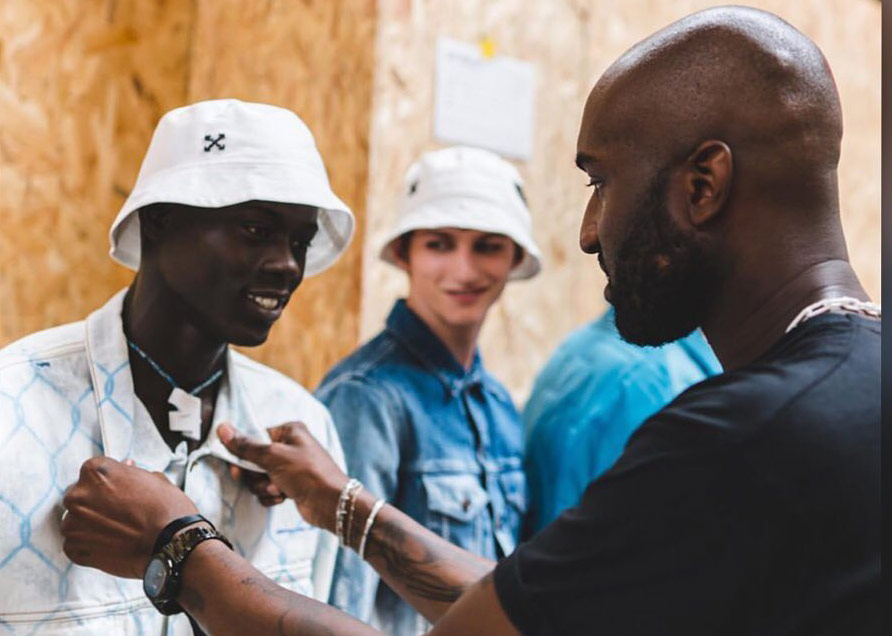 Alpha backstage at Off-White in 2019.

The last model you have to keep an eye out for is Leon Dame. The German model is also signed with the agency Tomorrow Is Another Day and has walked the runway for brands like Margiela, Isabel Marant, and Dries Van Noten. Many might know him from his signature walk during the Maison Margiela Spring/Summer 2020-show that circulated the internet and instantly became a meme. Leon has worked with brands like Feng Chen Wang and Sacai for advertising campaigns. He’s also been ranked as one of the top 50 models by models.com. 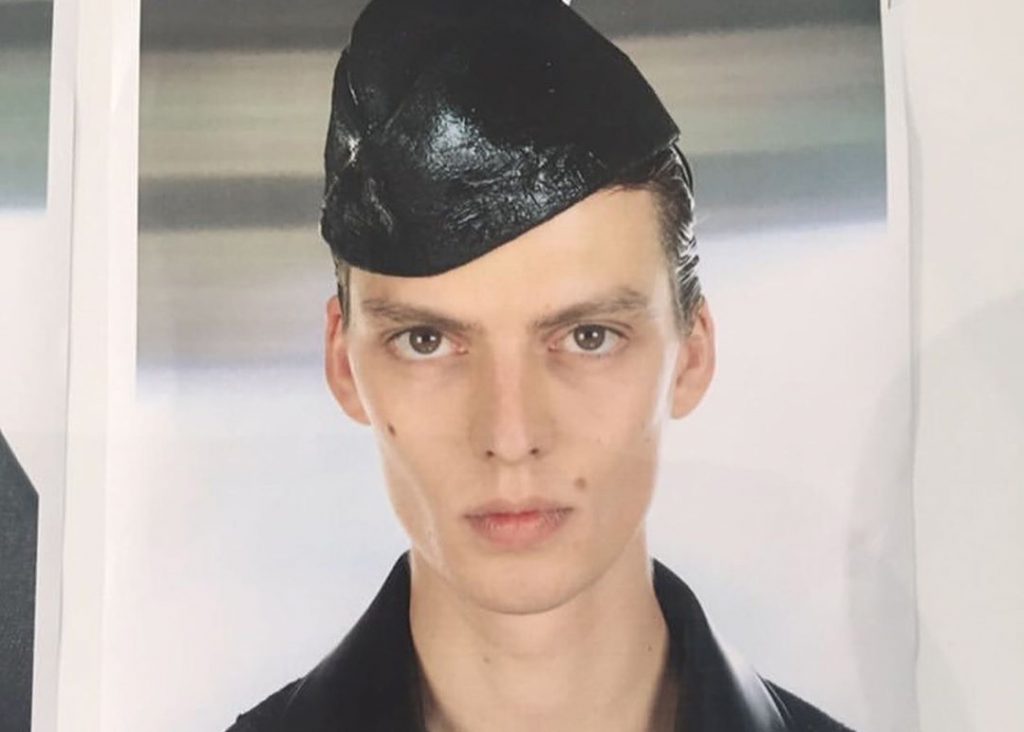 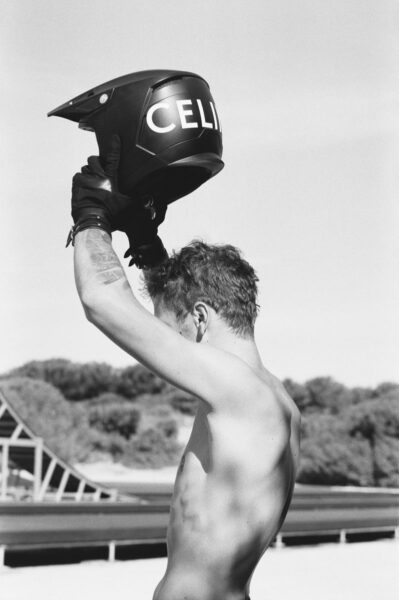 WATCH: Celine Summer 2022 ‘Cosmic Cruiser’ by Hedi Slimane It doesn’t come as a surprise that Hedi Slimane decided to show his new menswear collection outside the official schedule,… 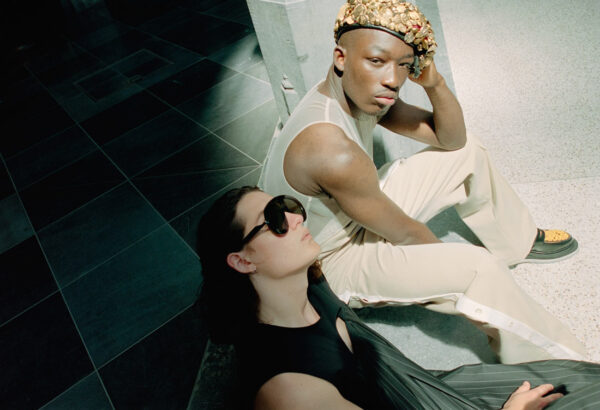 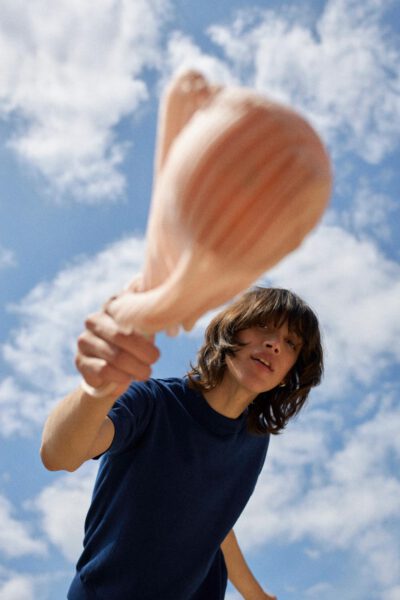 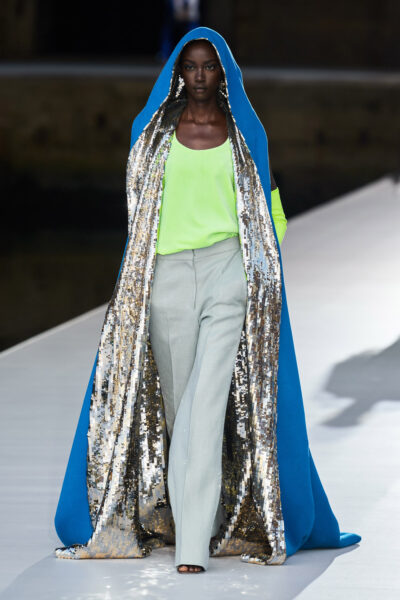