In order to fully understand the exhibition, we have to travel back to 1971. This was one of the most defining years in both Bacon’s professional and personal life.

In October ’71 a triumphant and career-making retrospective was organized at the Galeries Nationales du Grand Palais. This exhibition would establish Francis Bacon internationally and put him on the map as one of the major artists of the second half of the 20th century. In order to prepare for this retrospective, he painted no fewer than four new triptychs and even made replicas of his older work that owners refused to lend.

Just two days before the opening, his companion George Dyer committed suicide in their hotel room in Paris. Dyer, suffering from a long-term depression, died from an overdose of alcohol and sleeping pills. This tragic event strongly influenced Bacon’s work. He painted several commemorative portraits that are amongst the strongest and most touching in his oeuvre. The triptych In memory of George Dyer (1971) is one of the masterpieces currently exhibited at Centre Pompidou. 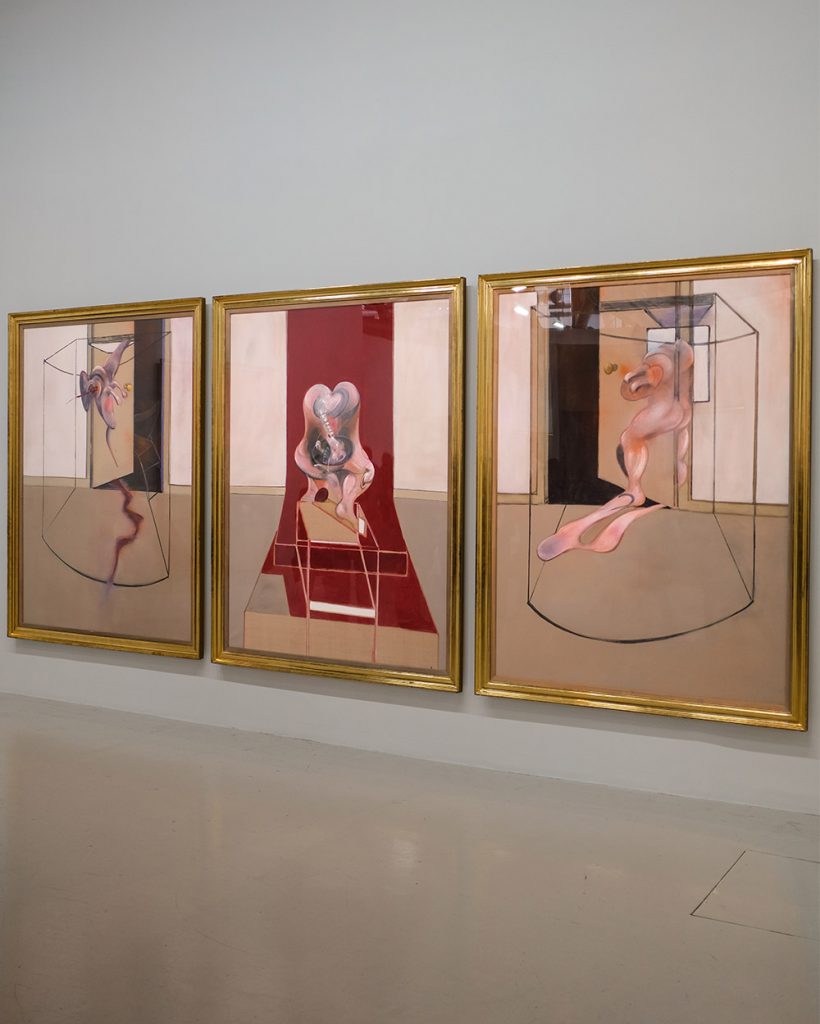 Triptych inspired by the Oresteia of Aeschylus (1981) 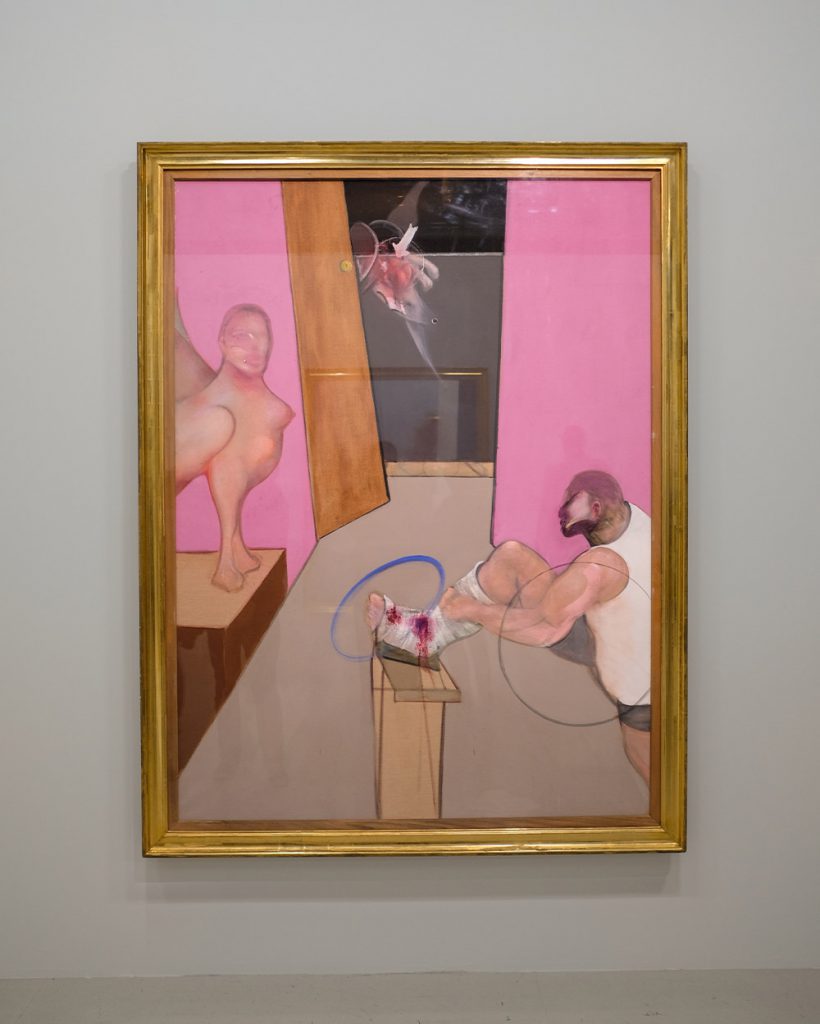 Oedipus and the Sphinx after Ingres (1983)

The following years, Bacon felt a strong sense of the transience of life after the loss of Dyer and several other close friends. He expressed himself through the invasion of his painting.

The ideas and the fictions of others

Besides portraying people he personally knew, Bacon also found inspiration in figures from ancient tragedies. He had always been fascinated by the ideas and fictions of others in Greek tragedies.  The Oresteia trilogy from Aeschylus inspired him to paint one of his most famous triptychs in 1981. Another Greek mythological figure featured in one of his paintings is Oedipus. A romantic version of Oedipus’ encounter with the sphinx, depicted by Ingres in 1827, inspired him to create a deep and dark parody.

The work of other famous writers such as Shakespeare, Jean Racine, Balzac, Nietzsche, Proust, Freud and T.S. Eliot, among others, also fascinated Bacon. He had a penchant for deep and dark literature which clearly reflects in his paintings. In his studio in London, he had an extensive collection of books that were mainly donated to the Trinity College in Dublin after his death.

Bacon en toutes lettres brings together about 60 of the artist’s paintings. They give an insight into the artist’s life and how literature influenced his oeuvre. The exhibition can be visited until January 20th, 2020. 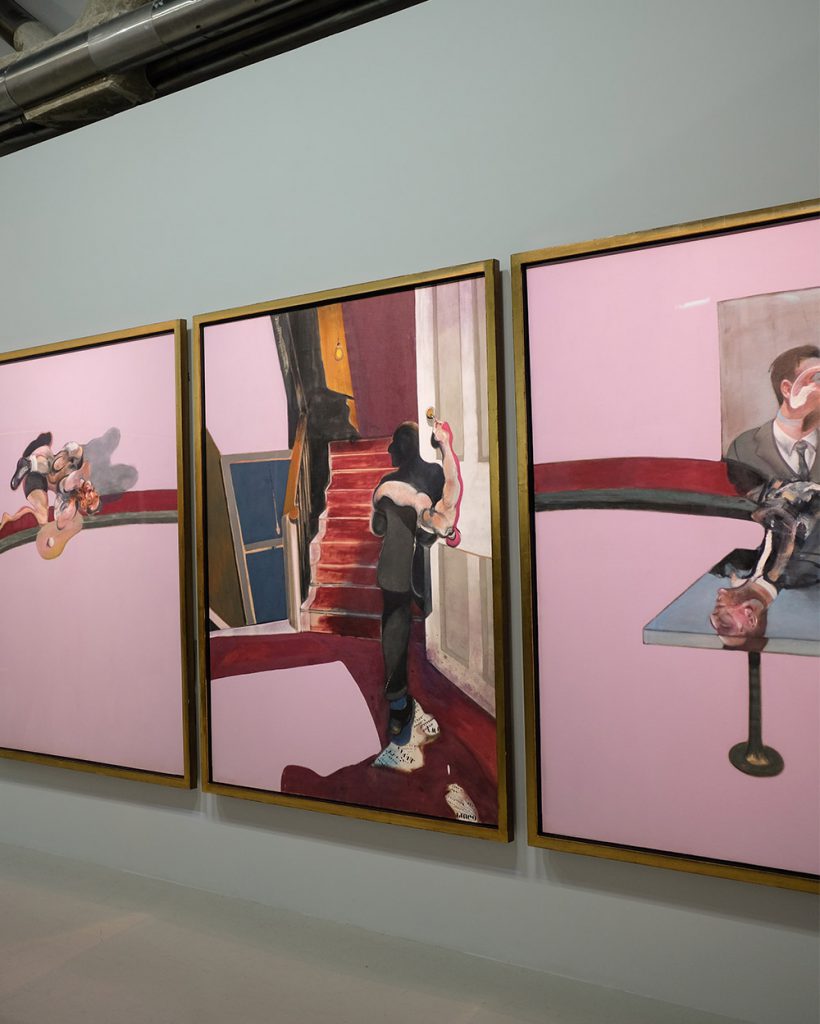 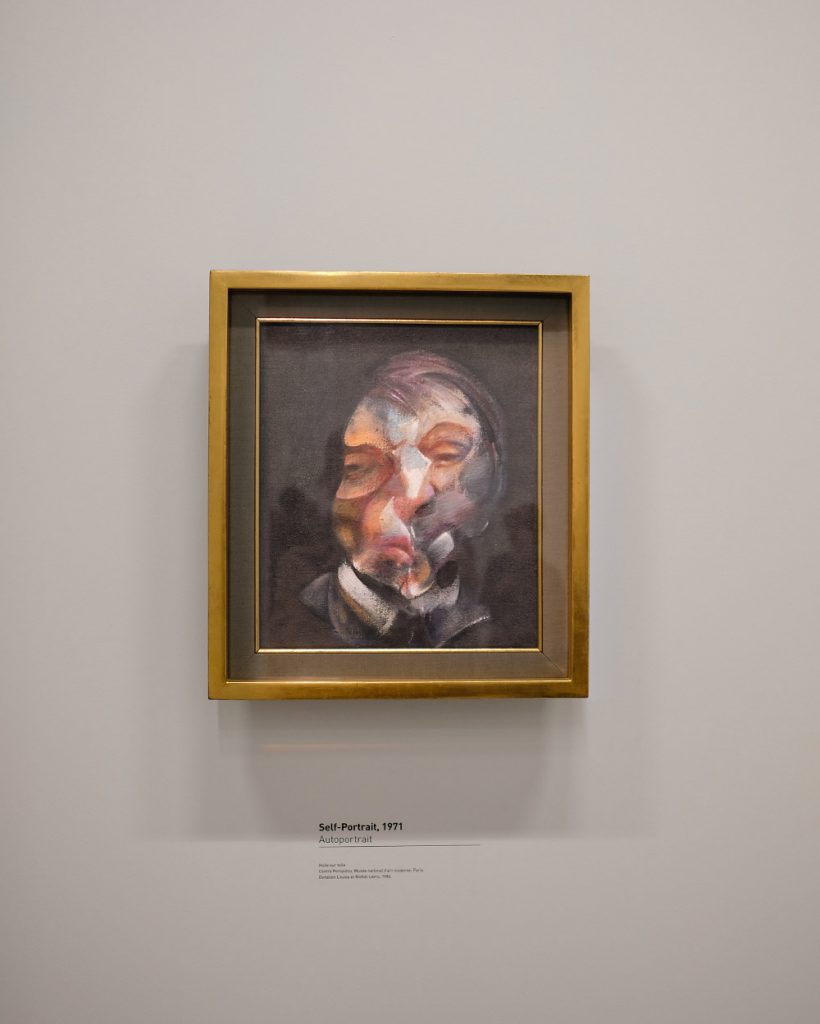 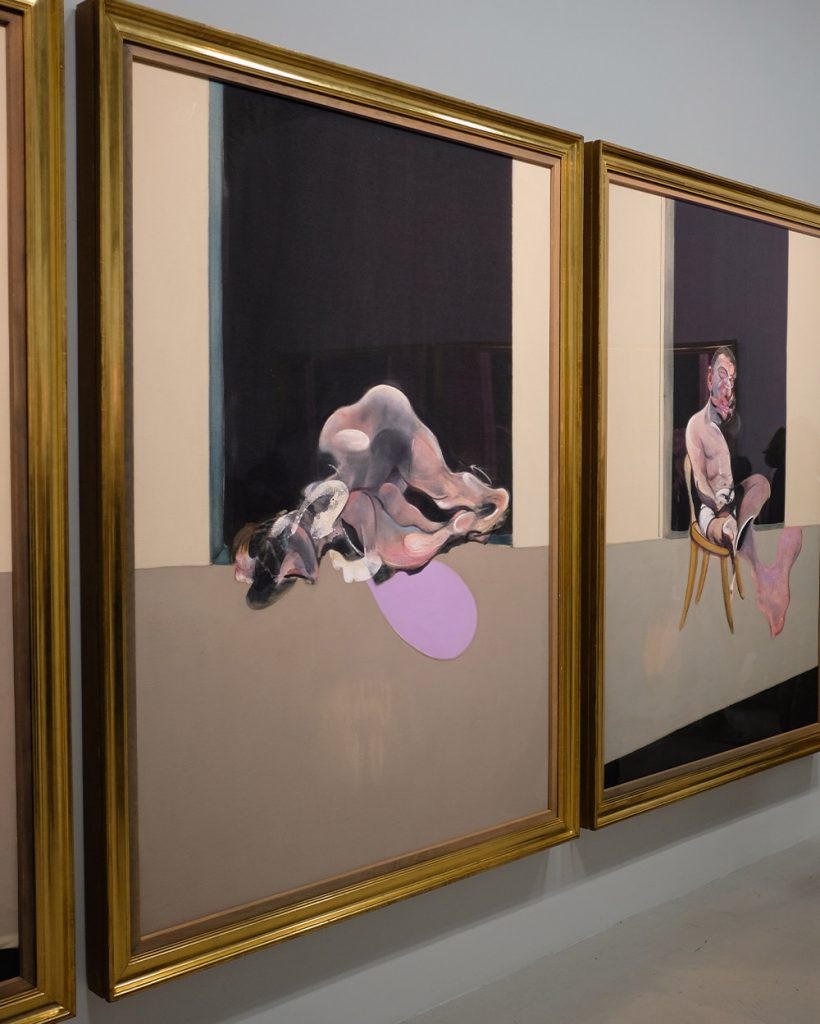 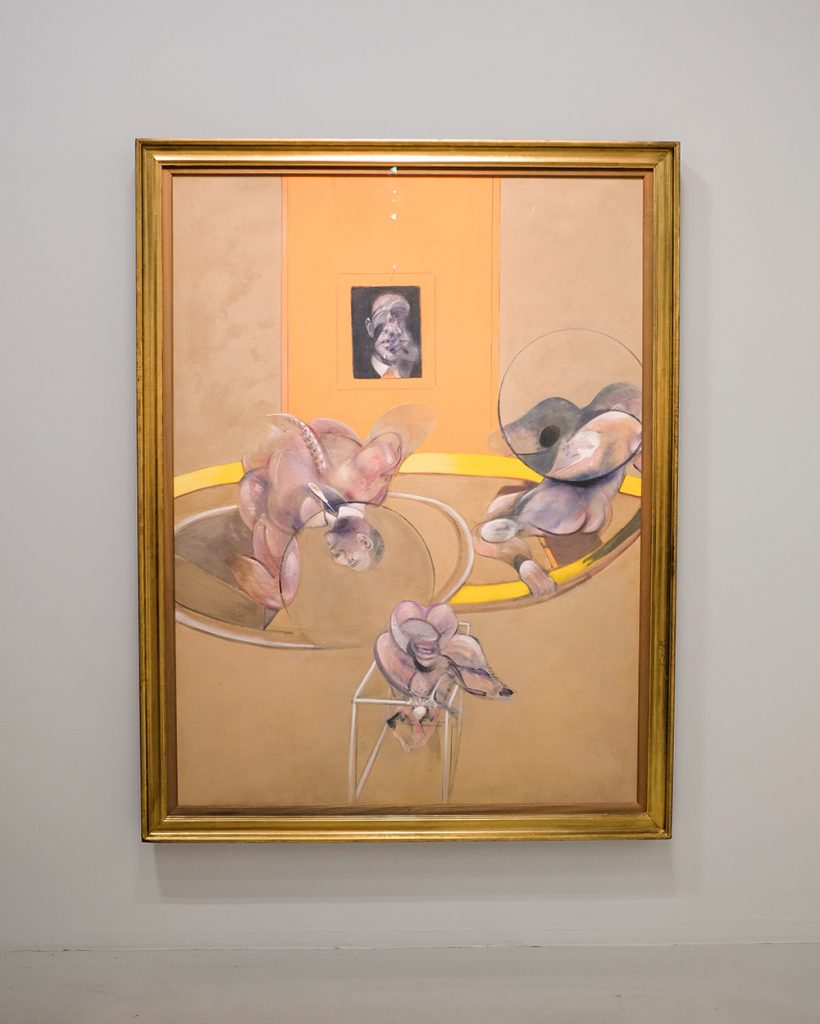 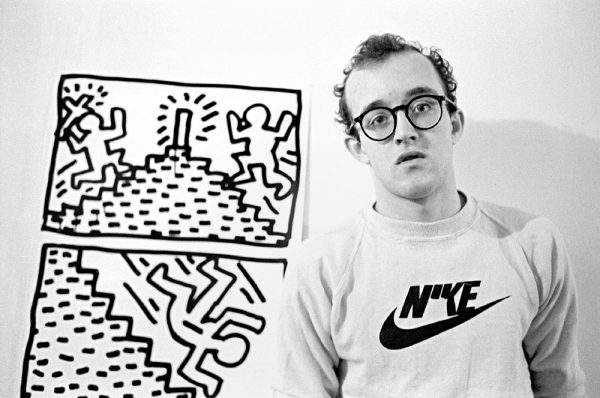 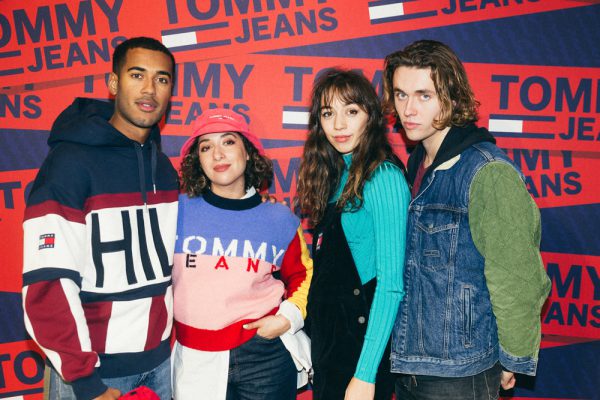