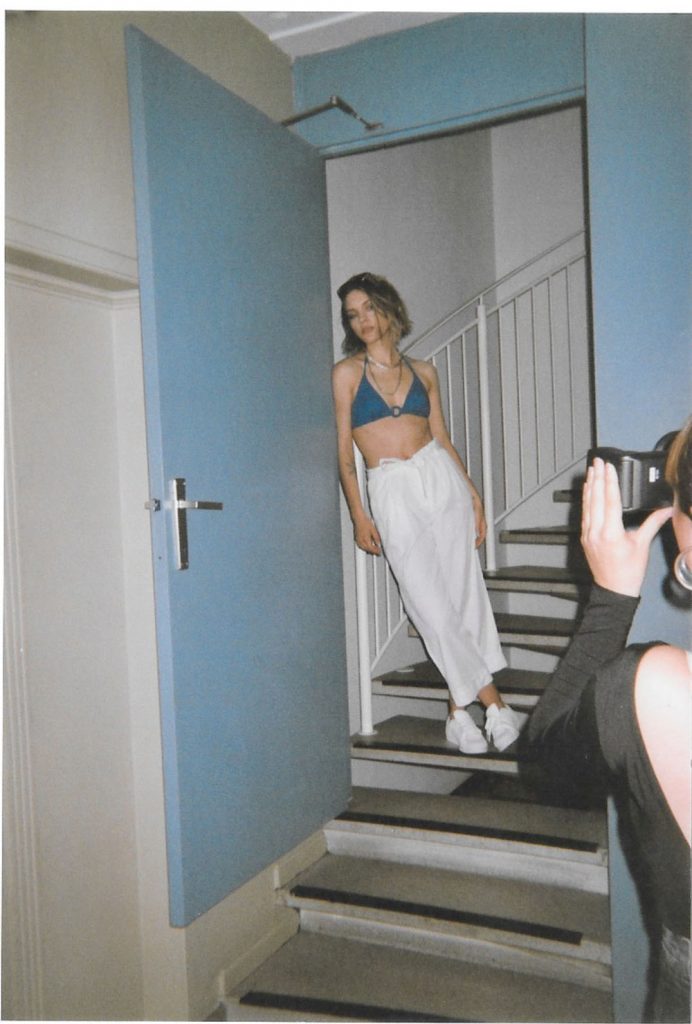 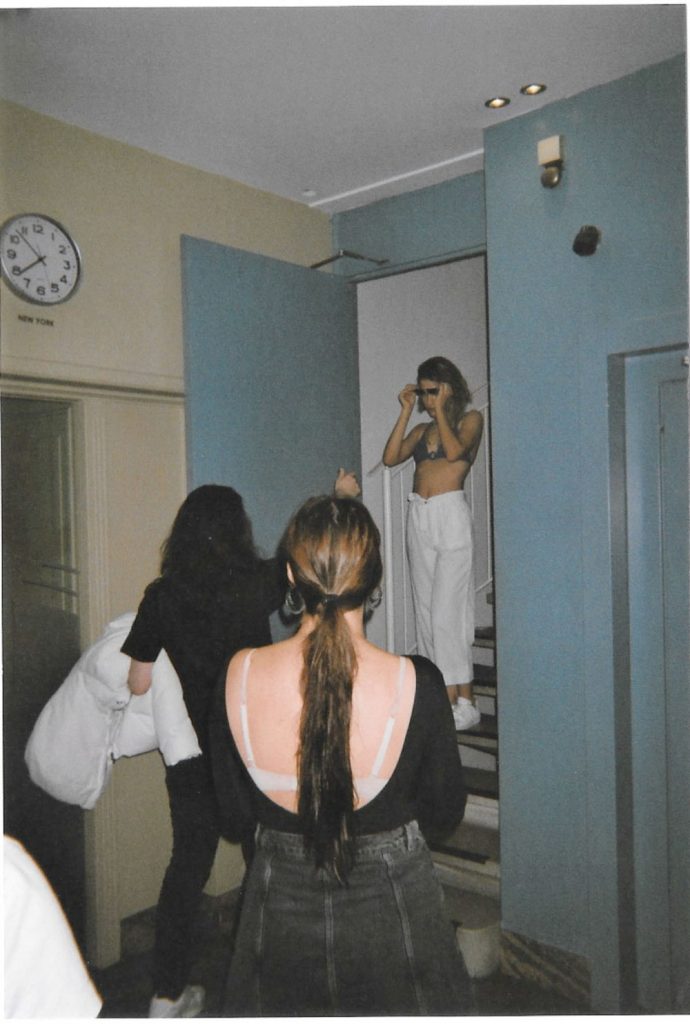 Tove Styrke: “I Fuck up All the Time and It’s Okay”

If you’ve seen our latest editorial and wanted to know more about Tove Styrke then I’ve got some good news for you! While the Swedish pop singer was getting her makeup done for the shoot, I had a lovely chat with her about making albums, making mistakes and ‘making it’ in general.

Tove Styrke has been active in the music industry for a little under a decade now. She finished third place on Swedish Idol when she was 16 and then put out some catchy electro pop. Yet it’s her newest album, Sway, that makes it clear Tove Styrke is here to stay. The nouveau-pop album has been out for about a month now to rave reviews. The now 25-year-old star is clearly ecstatic about her newest release.

“It makes me so happy, cause I’ve been working so hard on it,” Tove says candidly. “For a long time I put so much of myself, so much heart, into this project. It just means the world that people really seem to get it and appreciate it!” I ask her how one knows when a record is finished when you’re working on it for so long. “I just know!” she answers. It’s the same with individual songs she says. Up until the point when it’s finished, it’s like an itch. “I know what I want the 100% to be like… So if I’m at, let’s say, 75%, I just know that it’s not done. I feel it within me once everything is the best it can be.”

The album contains eight love songs. Some of them are sweet, some of them are bitter, yet they all tie up together wonderfully. There’s a reason for that: Tove Styrke is a girl that knows what she wants. “I don’t make 30 songs and then boil it down. Every time I start writing a song, I already know whether it gonna end up on the record or not.” Does the result meet up with her expectations? Hell yes. That’s one of the reasons she’s so happy with the album. “I really had this idea that I wanted to strip my sound down a lot. I wanted to make the productions as minimal as I could, while still keep them interesting. It was really challenging, but I feel like we’ve succeeded in that.”

However, not everything went according to plan during the making of this album. When she started writing it, it was intended to be about other people. Tove wanted to figure out people’s behavior and how they connect to one another. In the end, it turned out to be about getting to know herself instead. “When you look at other people, in one way you’re always looking at yourself. Other people are a bit like mirrors. If you like yourself with a person, you like that person. If you get a warped image of yourself, it’s very frustrating, you feel strange. It’s been a very interesting journey.”

When we start talking about what her favorite song on the album is, she starts giggling. “It’s so hard to pick!” She has a different favorite depending on the day. Title track ‘Sway’ is the one she’s into right now, the music video for it is brand new and she loves the feeling of that song. ‘On The Low’ is another song mentioned. “If you remove everything but the melody and the lyrics, that’s probably my favorite. I love that it’s so simple, that it doesn’t need much”, she explains. Favorite one to perform is ‘Say My Name’, because it always gets people dancing. 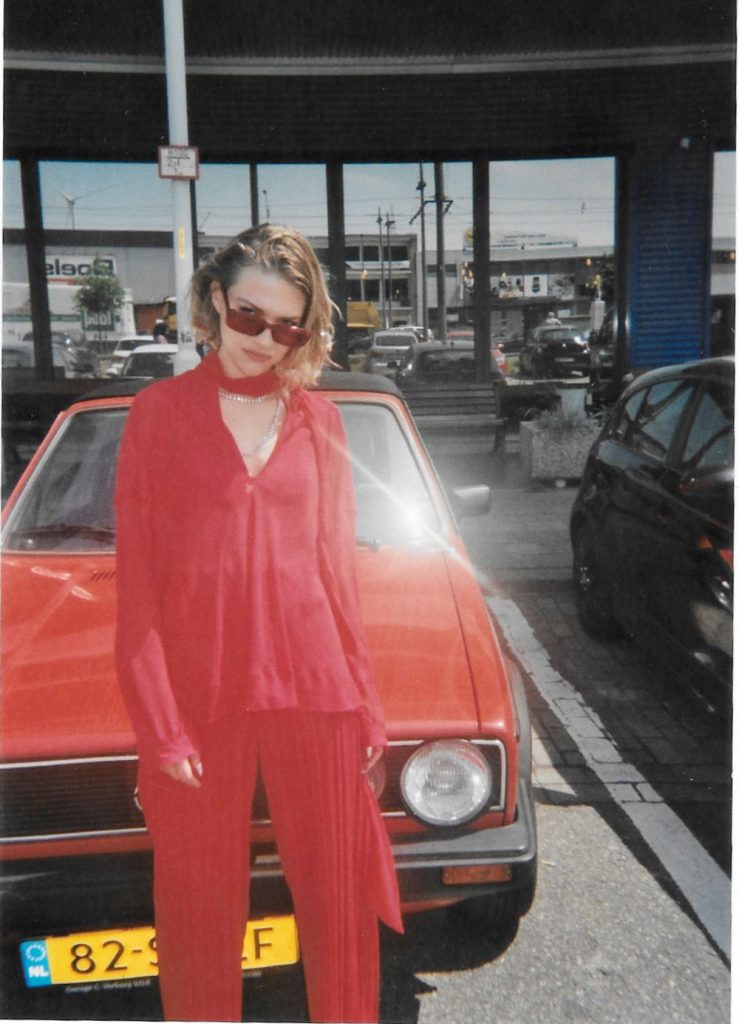 “I fuck up all the time!” Tove Styrke opens up. “But that’s part of being human”, she elaborates. She has very high standards – especially for herself – but she knows that everybody slips sometimes and she’s okay with that. “Yesterday for instance. My outfit had this train and I kept tripping over it, because I hadn’t anticipated that my microphone was gonna have a cord.” She’s convinced it’s not that big of a deal and she’ll find a way to solve it today. I tell her that she’s very courageous by not being afraid of making mistakes, she recounts that she hasn’t always felt this way. “I’ve gotten way more confident throughout the years I’ve been doing this. With getting older, I’ve learned you have to be kind to yourself.”

I ask Tove the very cliché question: “If you had a time travel machine and you could change one thing in the past, what would you change?” She has no idea what she would change. “What would YOU change?” she asks me. Gladys, the make-up artist, joins in on the conversation. “Oh, I would change a whole lot! An ex-boyfriend or three.” We all laugh. “My eyebrows in the nineties” Gladys continues. Tove Styrke agrees with that one. “I shaved mine off at one point. It took until now for them to grow back!” Except for that, she wouldn’t really change a thing. “This probably sounds boring,” she adds. “I just like where I am now, you know.”

Where Tove is now, is incredible. She’s supporting Katy Perry on Witness: The Tour, one BIG ASS tour, with 32 tour buses or something. Before that, she was touring with Lorde. “I loved doing the Melodrama Tour! Ella (Lorde’s real name) is such a sweet person and that experience was one of the best ones of my life. Everything was perfect. A support tour is not supposed to be that good. Seriously!” The Lorde and Tove Styrke audiences kind of overlap, so Tove gained many new fans through that. She continues to praise the tour. “The crew was so nice, I really found friends there. I met people that I still text with every day!”

The main thing the Swedish singer loved about it, was that it was not only her own first big tour, it was also Lorde’s first arena tour. The two bonded well on the road. Lorde asked Tove Styrke to join her on stage on her last day of the tour, singing “Hang With Me” by fellow Swede, Robyn. “Ella was gonna do that song anyway, because she always does a cover. She’s covered Prince and Frank Ocean before. When I heard her rehearsing ‘Hang With Me’ I ran up to her, I love that song so much. She proposed to sing it together.” 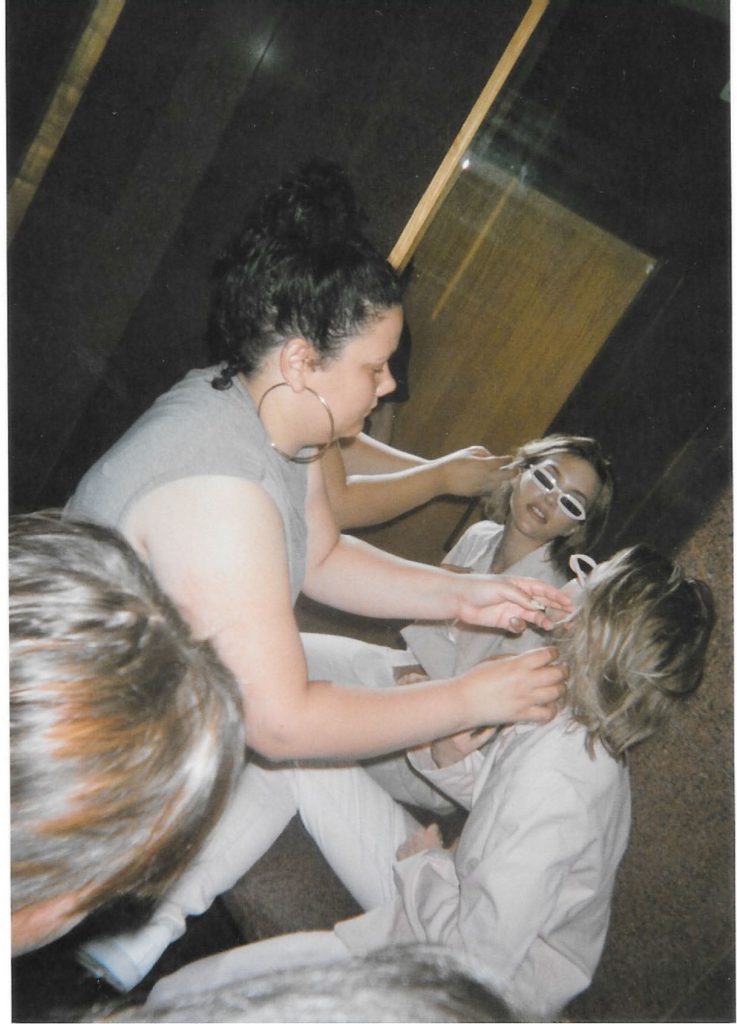 Talking about covers and Lorde, I bring up “Liability“. Tove covered the song and put a demo of it on her new album. “I was so scared when I sent it over to Lorde. I already knew then that I was going on tour with her at that point. If she wouldn’t have liked it, I wouldn’t have released it. I respect her so much.” Lorde obviously liked it – what’s not to like about it?! – so Tove put “Liability” out for the world to hear.

Tove Styrke’s music has changed a lot over the years. Her previous album Kiddo for example, is chaotic and bold, whereas Sway is more refined and stripped down. Yet Tove is determined that “finding your thing” is not a thing. “I don’t think you ever really find your thing. My goal is to never get stuck and to always keep moving forward, find new challenges and just keep evolving. I don’t wanna go back to the studio now and try to do a new Sway. It’s more exciting to find the next thing for me. ”

So what is next for Tove? “Going on these massive support tours has been really inspiring,” she reveals. “One day I would love to be able to put on a show on a big stage for myself. To have a big audience and a budget to do all the things that I visualize for the music. That would be really cool.” Really cool indeed and probably happening real soon. According to all of us at Enfnts Terribles, Tove Styrke has the talent and the mindset to do whatever she wants to. 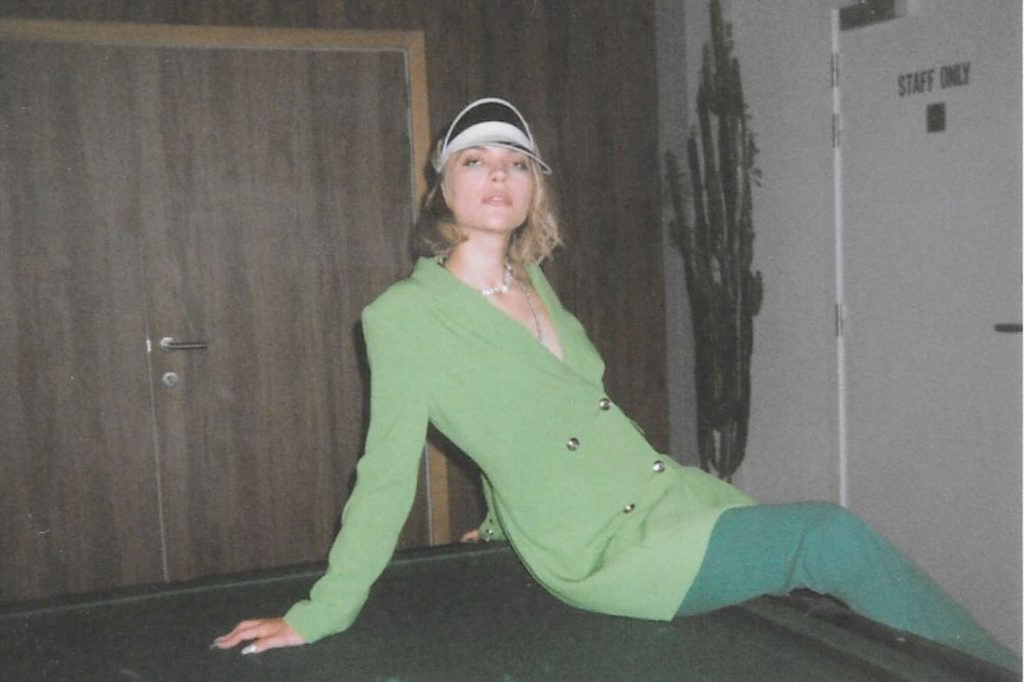 Sway is out now on Spotify, iTunes, Apple Music and TIDAL.