Love it or hate it, but TikTok has already launched the career of many international superstars, and we’re sure you already heard a song by Trevor Daniel on the popular app. His song “Falling” has already inspired over 2.3 million people to make a video and has boosted his popularity in no time. However, the success of the young singer didn’t come overnight since it started out on SoundCloud. Since his debut album ‘Nicotine’ came out earlier this year, we had a zoom interview with the new shooting star.

Was it different to make music a couple of years ago because you didn’t need to meet the expectations of other people or was it still with a great vision in mind?

I feel like there was a little more pressure back then when I hadn’t made it yet. There was the “I don’t want to fail” attitude in the back of my mind, so I had a lot of pressure coming from myself. There also weren’t many people that believed I could do it or make it because becoming an artist was still a really out-there dream of mine.

Now, I just feel like I have to get a couple more bangers in that go worldwide to let people know that I’m here to stay. Other than that, I don’t feel pressure from other people too much. I guess I don’t really pay attention to it. 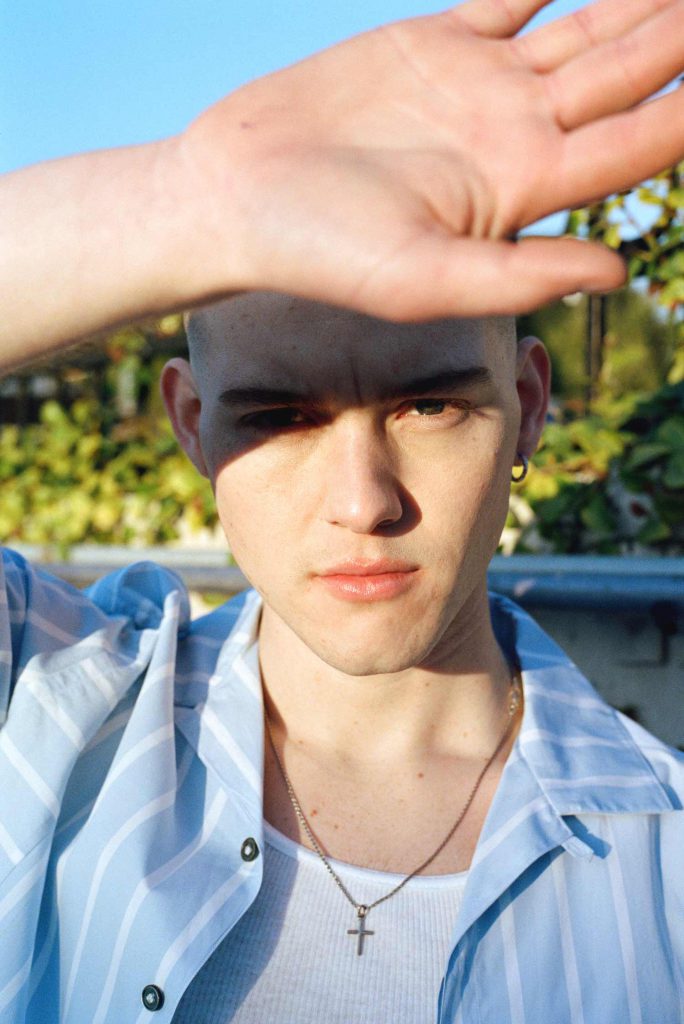 Many artists pushed back their album release due to the current world situation, but you decided to go ahead and release your album Nicotine. Weren’t you scared that it wouldn’t do as well due to the lockdown?

I was a little nervous, but at the same time, it is what it is. Things are going to happen the way that they’re going to happen, I guess. I had already promised my fans that I was going to release my album, I couldn’t just postpone it. I was nervous that it wasn’t going to get the attention it deserved, but it’s doing well now. Of course, I don’t know how it would’ve done if we weren’t in lockdown. I’m really happy with the way things are going and I’m really confident in the future.

The album is a good mix between R&B, pop, and hip-hop, what makes it special in your opinion?

To me, it was just a bunch of music that I was creating that made me happy. My friends and I were just jamming out, and I was just telling my story of the past year. I just kept going with that. There are little bits of everything in that album. I feel like everything is very tasteful.

At the start of your career, you wrote a lot of songs on your own and made them yourself, now you’re already working with big producers like Finneas, the brother of Billie Eilish. How was it to work together with him?

It’s really cool, and I learned a lot from working with him and other people. They’ve helped me broaden my perspective on everything. Sometimes when you make music all by yourself, it gets easy to overthink things. I’m not a huge overthinker anymore when it comes to music. I just like to make things and as soon as I think it’s fine, I go on to the next thing. I have a really fast workflow.

Whereas a lot of the guys I work with, they’ll work past that and push a little further. I always thought the imperfections were perfect — and I still think that to some extent — but there are certain things that Finneas taught me that I can do to keep pushing past that.

Let’s dig a little bit deeper into the album. “OMG” is very catchy and could be a future hit. What’s the song about?

“OMG” is basically about the feelings I had when I first saw the girl I dated last year; I really thought she was so hot. That’s what the song is mostly about: just feeling this girl and thinking she’s something really special.

You sing a lot about love and heartbreak, and that’s maybe also the reason why people like your songs because they can relate?

In general, the album sounds like the soundtrack of our generation. Have you gotten used to being an idol to so many young kids?

No, that’s still a little weird for me. I’m still not used to it. I feel like ever since I’ve become whatever I am right now, I’ve been inside because of quarantine. So I haven’t really gotten the chance to get used to it. Sometimes if I end up going somewhere, someone notices me and wants to take a picture. That’s still unknown territory for me. I feel like I get more nervous than they do. 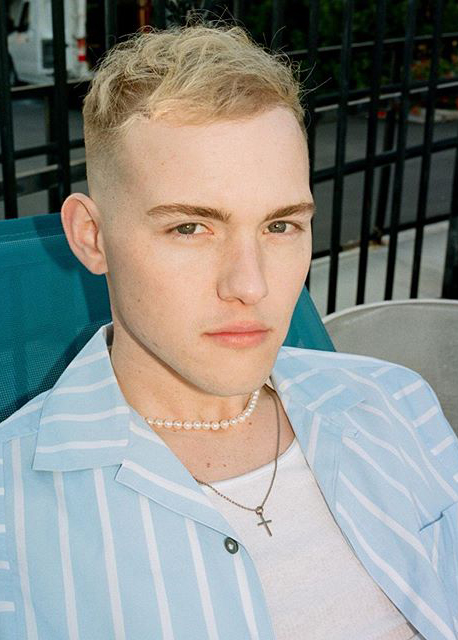 Is there a specific thing you want your fans to learn from your music?

Ultimately, I want my fans to hear Nicotine and feel comfortable knowing that they’re not alone in certain things, like certain headspaces. Sometimes it’s really easy to get into your own head and overthink things. It might feel like the end of the world when so many things are overwhelming. I feel that way too sometimes. We’re all in the same boat. We’re all human. We all have those moments where we need to let things out, or where we need to know that someone else has been through those same things.

“Falling” is another song we have to talk about. With over 1 billion streams, it’s safe to say it’s a big hit, and it all started on TikTok. Was it weird to see people making dances and videos on a song you wrote and worked so hard on?

At first, it was weird because I didn’t understand some of the videos, but I’m really happy that people were finding whatever interpretation they were and enjoying it like that. I’m still incredibly happy about that song and that it blew up because it put me in the position I’m in right now. I feel like I’m able to reach more people and share my story, but also help them in whatever way I’m helping them. I honestly don’t know what I do for people. If it’s a good thing, I want to continue doing that.

Years ago, it wouldn’t be possible to gain a lot of attention without having a record deal or participating in a talent show. What are some other advantages of being an artist in 2020?

I record a lot of my own music by myself. I don’t think you could really do that back in the day. I feel like right now is the best time to make music because you can literally have an idea, pull out your phone or go straight to your computer and record it. You don’t have to have a big studio anymore. There are little things that you get from a studio that make a big difference, though.

I just feel like the ease of access to music and making music is really nice right now. Sometimes it’s easy to feel like music gets oversaturated, but at the same time that pushes artists to be better and keep pushing their sound. That’s what makes music keep evolving.

Your album has been out for a couple of months now, what are you planning next?

I’m actually planning on dropping a deluxe version of Nicotine very, very, very soon. So keep an eye out for that.