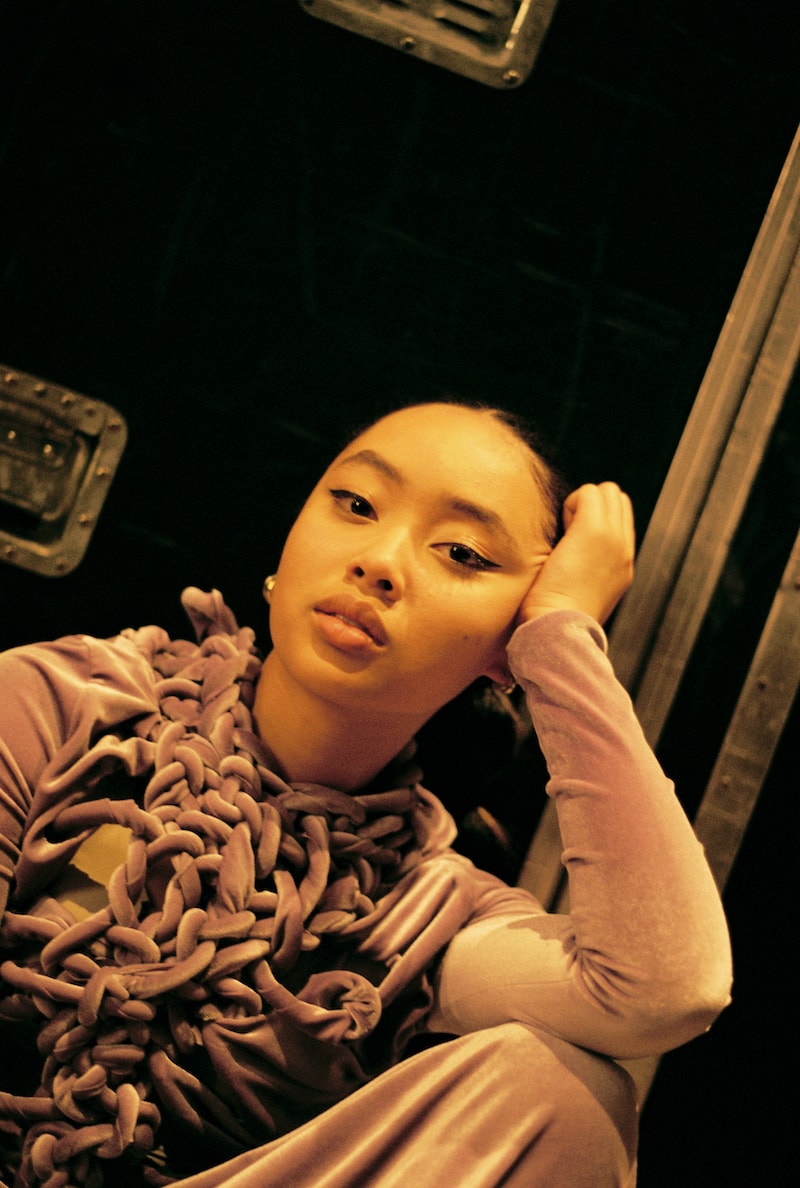 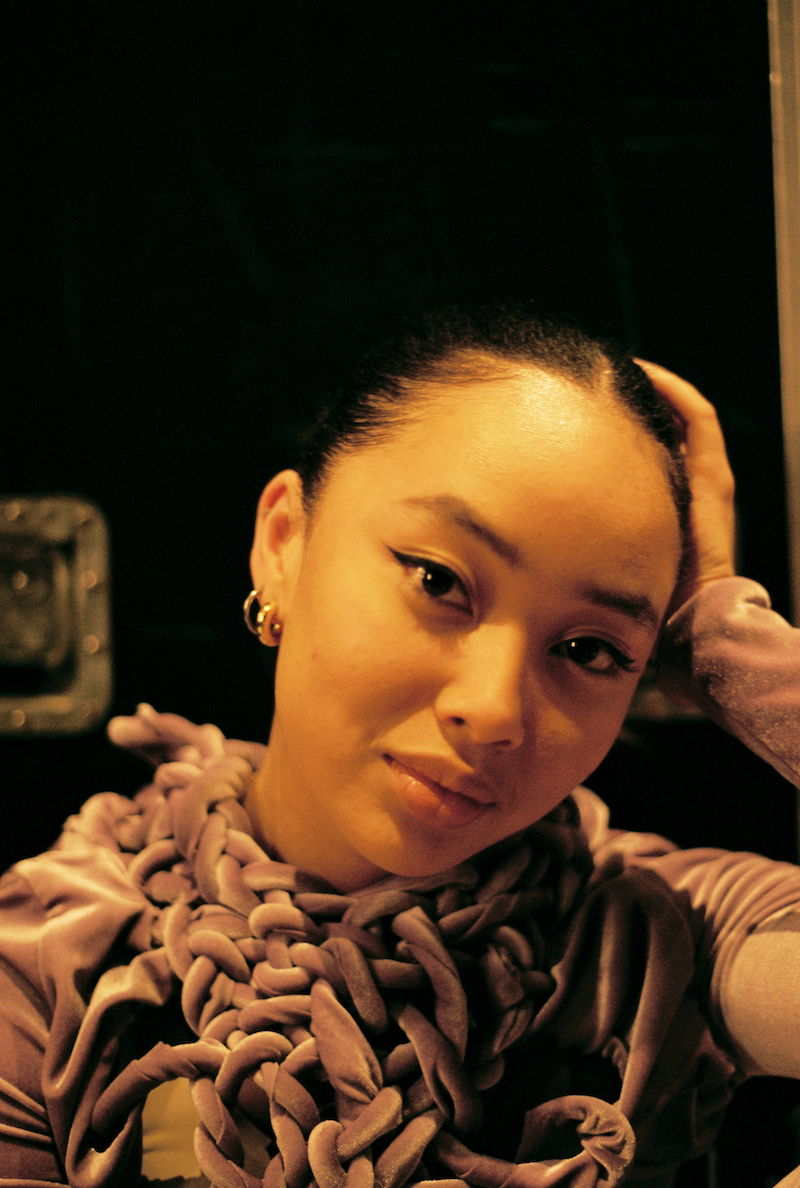 Exclusive Interview: Griff Invited Us Into Her Green Room During Her Show in Antwerp

English singer-songwriter Griff won the Rising Star Award at the Brits in 2021 but wasn’t able to enjoy the renowned title to the fullest, which was previously won by superstars like Adele and Sam Smith. Luckily, her debut project ‘One Foot In Front Of The Other’ was met with so much praise that even a pandemic couldn’t stop her big breakthrough. After a tour in the UK and the States, she’s currently on tour with Dua Lipa on a European arena tour where she magnetizes thousands of people every night with her joyful appearance. On the second night of her opening slot for Dua Lipa in Antwerp, she invited us for an exclusive chat in her green room.

You are not used to performing in Europe, let alone in such big arenas. How did you prepare yourself for these shows?

It’s quite scary. The biggest crowd I performed for was a group of 21,000 people. It’s especially strange after the pandemic because I haven’t done that many live shows. I still learn with every show I do, like with my own U.S. tour in January and my U.K. tour that just finished. So, I’ve been performing a little bit now, but to much smaller crowds. This is just next level insane!

We had an interview with you in November 2020, which was at a different time. How do you think your life (as an artist) has changed since everything is open again? Has that changed your perspective on being an artist?

100 percent, and it’s quite a lot to keep up with everything, all the time. As soon as the pandemic happened, everything changed. I was a lot on social media. That’s over since we’re touring again. And I haven’t been away from home for this long. Now it’s learning to be on a tour bus and to be around your band every second of the day. It’s like you’re always adjusting, but it feels good and exciting to be back out and doing shows. 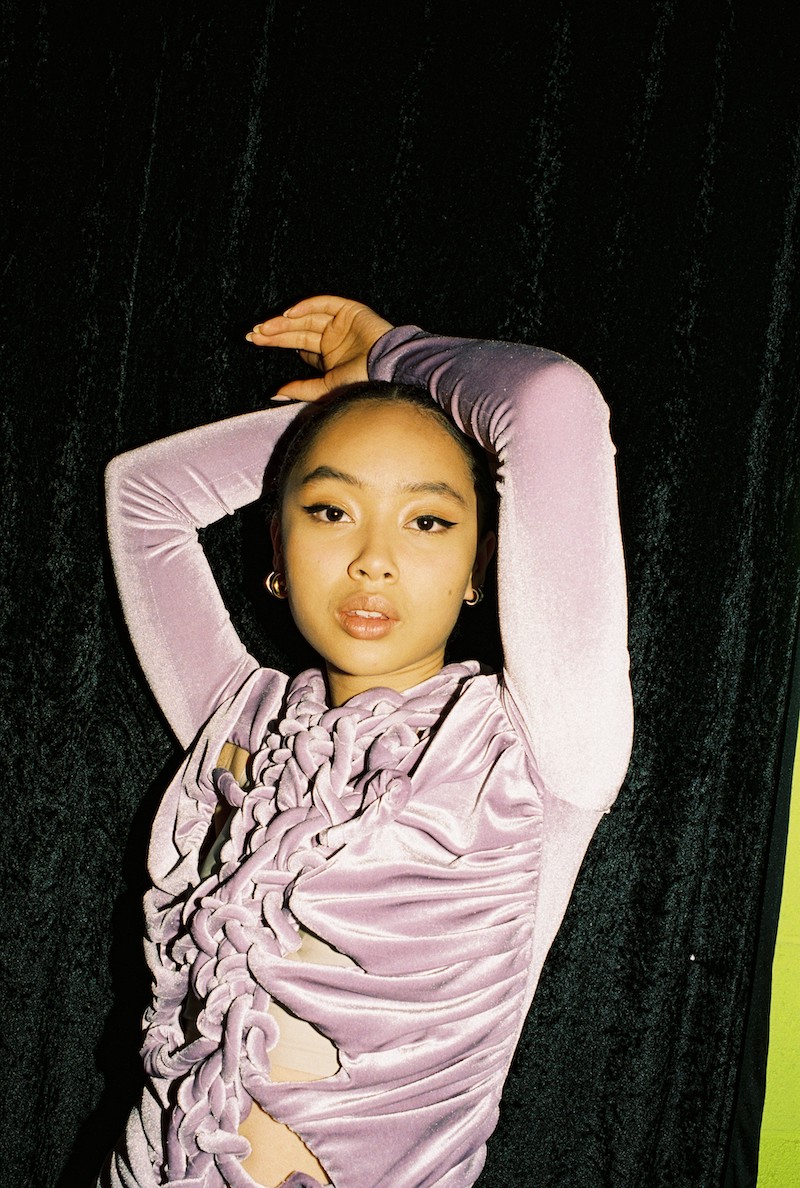 How was it to win a Brit Award in a year in which everything was shut down? It could have been the year where you could have done all these festivals etc.

Firstly, I never saw it coming in a million years. It was, in a way, super frustrating because I felt so grateful to have this award, and you want to go out, see people, and really create memorable moments. But I’m kind of grateful for the timing. Because suddenly things escalated. I was still quite shielded, in the sense that I was just doing interviews in my bedroom. There was a sense of protection—of normality—that potentially—if everything goes to plan—I won’t get again. So, from that point of view, it was nice!

What was your first reaction when you got the news that you could do this tour with Dua Lipa?

It was a dream of mine. But because she announced this tour two years ago, we put our hat in the ring. And then we (apparently) got the same live agent, and he said that Dua Lipa asked me to join her tour. So, it was nice to know that the question was directly from her and that she was really into what I was doing. But it was a shock!

You spend some time with Dua Lipa on this tour. Does it inspire you to see her doing all these things and knowing that you can do that too in a couple of years with the experience you are building now?

It’s so inspiring, indeed! It’s small things like the first day we came in and saw 20 trucks and 250 people rushing around for her in preparation for everything. Then you realize the scale of what she built, and it makes you respect her even more. The fact that we’re here for two nights and that she reached 42,000 people is super inspiring. But we know that it’s going to be a lot of hard work before we get to that point, but it is exciting! 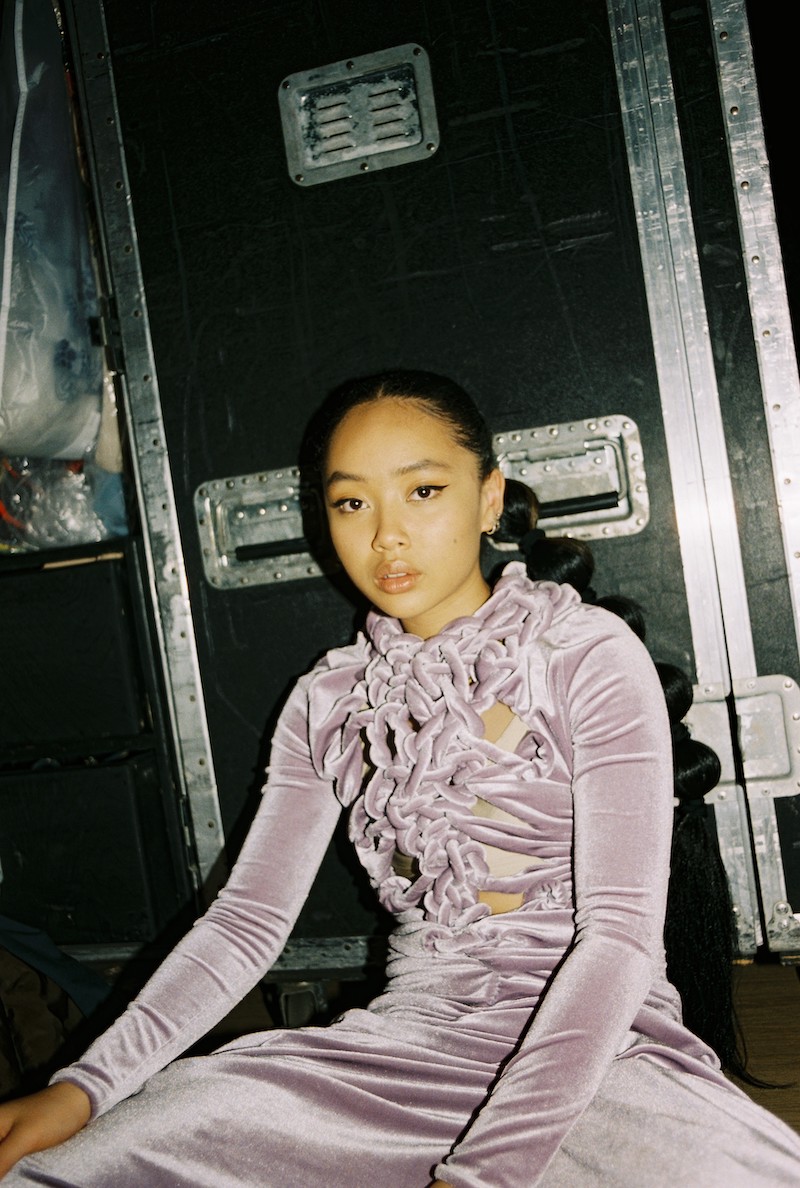 Do you think that your music has changed compared to what you made two years ago?

I don’t know. It’s harder to write now. A blessing in disguise about lockdown was that I had the physical and mental space. Whereas now we’ve got a studio set up on the bus, but I just feel completely uninspired. I think when you’re on the go, your headspace isn’t in it as much. So, I’m trying not to freak out too much, and I’m just going to let it flow. But so far, I’m not even sure what my next work will look like.

What are you currently working on?

The amazing thing about music now is that we don’t have to do a traditional album. But I don’t really want to release more singles without it being attached to something. Now we’ve gained a bit more of an audience, and we want to tell a story. So, I’m aiming for an album, but we’ll see!

You have a very special trademark, which is your ponytail. How did you come up with that?

It was right at the beginning when I did one of my first photoshoots. I just wanted to do something I could always do. Half because it’s easy and I don’t have to think about it, and because it’s recognizable. Having Afro hair, it’s easy to have a protective style: put it up and away!

You have a great sense of fashion too. What did you want to wear on a stage or in general? What’s your general style?

I have no idea! I mean I love dresses, and I love things that are fun and not too serious. I like odd and the fact that you got to double look at it before you figure it out. I work with an amazing stylist, so I have loads of fun picking out clothes. It’s my second love after music. 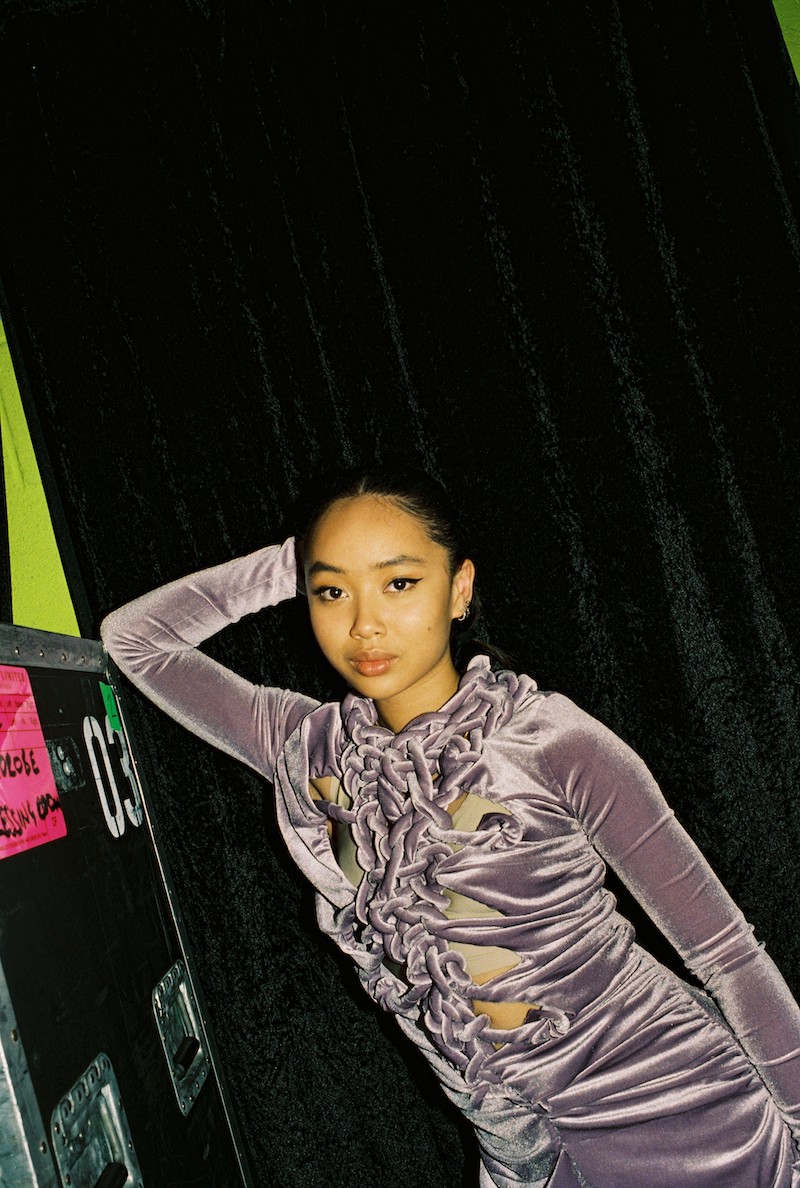 It’s such a big arena, and you still have some beautiful visuals, which shows that you care about it. What inspires you to create these visuals?

Visuals are so important, especially, ’cause there’s so much pop music. Your visuals are another opportunity to stand out! I care a lot about visuals, and I’m in the detail of all of it. You kind of owe that to your fans and followers to build a real and whole story.

What’s the first thing you’re going to do after the tour?

I’m probably going to the pub with my friends when I get back. Just getting a pint of beer and sitting in London. Yeah, enjoying that; that’s probably what I’ll do!

Griff’s new single “Head on Fire” featuring Sigrid is available on all platforms.