These Are the 10 Must-See Movies of November

November is finally here, and it didn’t just come alone. With most worldwide film festivals wrapping up during fall, many promising movies are coming our way soon. So, check out these top ten new arrivals to keep you entertained this month.

To kick off this list, we start with arguably the most must-see film of them all: Close by our Belgian pride and revelation Lukas Dhont. After his multiple award-winning first feature film Girl, his new movie Close officially premiered this October at the 49th edition of the Film Festival in Ghent. The film deals with an intimate friendship between two young boys and stars the promising actor Eden Dambrine in the lead. As one of the Belgian entries at the 2022 Cannes Film Festival Selection, Close already won the ‘Grand Prix’.

‘Close’ is coming to theaters on November 2.

After the surprising success of the first movie, Netflix delighted fans of Enola Holmes with a sequel to the story. This means we will see Millie Bobby Brown, known from Stranger Things, returning once again as the younger sister of the famous fictional detective Sherlock Holmes. Fun fact: Brown was reportedly paid about 10 million dollars for her role in this sequel.

‘Enola Holmes 2’ is coming to Netflix on November 4.

With a third solo album, a sold-out world tour, and now his second feature film of the year, pop icon Harry Styles is officially taking the world by storm. In My Policeman, Styles plays the role of Tom Burgess, a British police officer, in the year 1957, whose normal and happy life suddenly goes haywire when he meets Patrick. The movie is described as an emotional journey full of romance, longing, and regret …

Genuine question: is there anything this man cannot do?

‘My Policeman’ is coming to Amazon Prime Video on November 4.

Black Panther, the franchise from the Marvel Cinematic Universe (MCU), returns this fall with its second volume titled Wakanda Forever. In the movie, the leaders of Wakanda fight to protect their nation in the wake of King T’Challa’s death. During the red carpet presentation, earlier this November, leading actress Letitia Wright and the other cast members paid tribute to Chadwick Boseman, who played the role of Black Panther in the first movie but unfortunately died two years ago due to colon cancer. May his legacy continue!

The Fabelmans tells the story of America’s greatest visionary of all time: Steven Spielberg. In the movie, we follow Sammy Fabelman, a character loosely based on Spielberg’s childhood and upbringing in which he dreams of becoming a filmmaker. Those still in doubt should check out the trailer! The incredible cinematography on its own already gives us the fuzzies.

‘The Fabelmans’ is coming to Roku on November 11.

Fans of British actress Florence Pugh can rejoice because shortly after the release of the hotly discussed Don’t Worry Darling, her next feature film is already coming our way. The Wonder is a psychological thriller based on the 2016 novel by Emma Donoghue. We, for one, can’t wait to see Miss Flo’s new performance!

‘The Wonder’ is coming to Netflix on November 16.

The holiday season is upon us, and we just can’t ignore it, so what’s better than an old-school comedic Christmas movie? One starring Will Ferrell and Ryan Reynolds! The upcoming musical comedy movie Spirited tells the time-honored tale of A Christmas Carol by Charles Dickens. For those who can’t wait to get into the Christmas spirit, this one’s for you!

‘Spirited’ is coming to Apple TV on November 18.

Italian director and screenwriter Luca Guadagnino made his mark on the cinema landscape with his 2017 film Call Me By Your Name. Now Guadagnino is returning with his new feature called Bones and All. The movie displays a unique love story between two young, cannibal teenagers trying to navigate their way in society. It’s the—literal—bloody and tender dynamic between Timothée Chalamet and Taylor Russell that probably makes this movie November’s top choice.

‘Bones and All’ is coming to Belgian theaters on November 23.

Based on the American biographical book written by Adam Makos, Devotion has now gotten its adaptation to the big screen. The movie, directed by J.D. Dillard, revolves around elite fighter pilots Jesse Brown and Tom Hudner, who became the U.S. Navy’s most celebrated wingmen during the Korean War.

‘Devotion’ is coming to selected theaters on November 23.

This documentary is about the life of Melissa Viviane Jefferson, or as we know her: Lizzo. The documentary shares the inspiring story from her humble beginnings to her meteoric rise. We get an honest behind-the-scenes look at her vision and hard work that has led to success, fame, and an international career in the pop music industry.

‘Love, Lizzo’ is coming to HBO MAX on November 24. 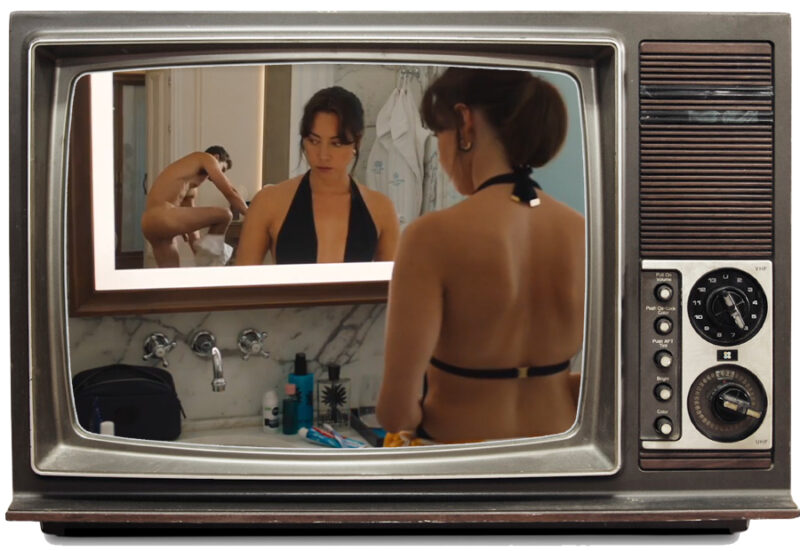 Movie Night but No Inspiration? Here Are 8 Movies Coming Out in May This month a lot of old, classic movies find their way to Netflix, Disney+, Mubi, and Streamz like ‘Dirty Harry’…
X