Tristan: “’Wellif’ Is About the Schizophrenia of All Kinds of Relationships Where You Have So Many Different Personalities”

It is a drizzly day in Antwerp when we meet up with Belgian Isolde Van den Bulcke for coffee. The last time we spoke with her, her second EP ‘Delidomia’ was just released. It was a nice reunion with an artist who has found herself artistically and musically in the past years and who bundled that growth excellently on her debut album, ‘Wellif’. On ten tracks, she broadens the horizons of pop music by playing with a wide variety of genres and inserting a certain dramaturgy into them. So we sat down to listen not only to her debut album but also to what she had to say about this peerless project.

The last time we spoke, we had a shoot with you following your second EP Delidomia. How do you look back on that period?

It was very cool because everything was new for me then too. I was still a lot more naive back then, although I try to be a bit more so now because I think that’s a nice trait. I was still really insecure back then, and I didn’t expect to get all this attention. It was a little overwhelming at times, but it was also really fun. There’s not really anything I regret now.

Has your vision of music or making music in general changed in those three years?

Huge. I find myself wanting to write less complex stuff. Back then, I was really still in my school mentality with my jazz studies, where virtuosity was considered the pinnacle. I was then really a streamer who wanted to show that she could do it all, and that’s really out of it now. Now I have started listening intrinsically to what I want to do with my music and what I find musically interesting. The music I listen to is not necessarily difficult music. For me, it is now essential that music touches me and releases a feeling. That can be mega happy, sad, or sexy. 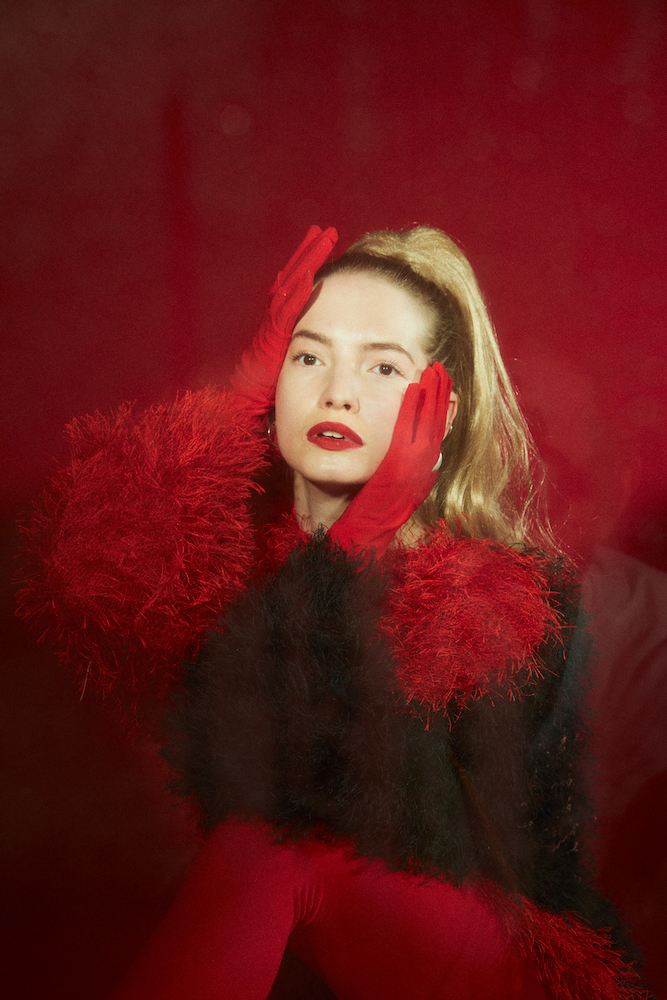 Did that happen throughout your writing process, or was that because we were cooped up at home during the pandemic?

It was because of the people I hung out with a lot and other genres I came in contact with. I was still in Ghent at the time, and then I went to study in Brussels. Once I was in Brussels, I also didn’t feel the need to strive to do super complex things. I also noticed that that was not appreciated at school. I graduated with Tristan, and the first thing they asked at my feedback moment was, “If you want to make music like that, why did you study jazz?” That was so painful. After all, I started studying because I felt misunderstood, and eight years later, it was still the same. It’s not that that discouraged me.

It’s the last few hours before your debut album Wellif comes out. What is it like to finally be able to let go of that album after such a long period of time?

It’s very healthy. Especially with the long waits due to vinyl production—a lot of albums have been finished for over a year. My album was finished and mastered in February, so I’ve been busy writing new music in the meantime. It’s a very schizophrenic thing because it doesn’t stop. I think the most fun in the world is making music, so I just keep doing that constantly. That’s why it also feels very healthy for me to finally be able to distance myself from that album. It’s no longer just mine.

So do you already feel like you’re mentally past the album?

No, not at all. It’s a very emotional album with a lot of grieving and processing. When making Wellif, I cried so much because I released a lot. Now the album also feels much less dark than when I was in the creation process. At the time I was writing the songs, I felt like it was all very intense whereas it’s a very quiet project with a lot of ballads. My perception of the place has changed in a healthy and good way. I am very much looking forward to playing live with the album. The nice thing is also that the album is a snapshot that can live a new life again through the shows.

You write and produce your songs all by yourself. What’s it like to then pour those into a live show with a band?

It depends. If you were to completely decompose most songs to just piano and voice, and the song stands its ground, it’s not that hard because anything is still possible. Some songs are a little more attached to the production, so it’s a little challenging. I have learned to let go, which is super important. You also just have to embrace the fact that you have to make some songs differently for the show, and I used to find that very difficult. Now I know very well what I can do, but also very well what I can’t do. I’ve learned to be open and shape it with others, and I enjoy doing that now. You almost re-produce those songs. 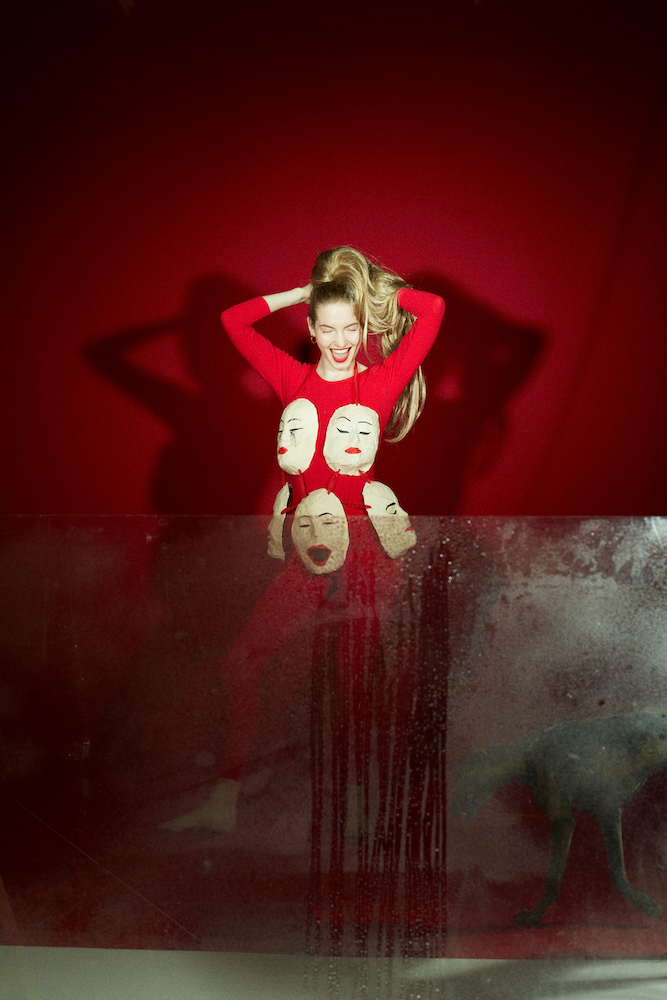 The visual aspect of the album was also an important part for you. What does Wellif‘s artwork represent? To us it looks like you’re standing in the middle of a tornado.

Yes, it is indeed a tornado. I collaborated with Alexander Popelier, one of my best friends. I worked a little more with masks in the other pictures, and that was actually the original idea. I knew that it had to be red because that’s the common theme (pun intended). I had a big piece of red fabric with me as a background, and I ended up standing in it and started to spin. I felt super silly at the time because I didn’t know what that looked like on-screen either. Then when I saw it, I knew that picture had to be the artwork. Everything for me has to be for a reason, and everything just has to be right. I want to be completely comfortable with it—to be able to stand behind it.

Your music contains a certain dramaturgy, which we can also find in your music videos. Is that why you wanted to go so visually bombastic through your music?

Since Tristan is not the most accessible music, visually, I try to create a world in which the music is easier to place to understand the whole thing. In my daily life, I’m a bit dorky, and Jonas from Knack Focus ended up describing me as a lazy vamp, and I could totally relate to that. I think the vamp thing is such a fascinating thing because you can choose to do and then you are. That’s something that’s very much in me and that I’m sometimes too shy to express. So I think it’s super fun to create a safe space where I can be that.

So would you say you have two personalities?

I would even say I have seventeen. The album is also about the schizophrenia of all kinds of relationships where you have so many different personalities. That’s why I also work with wigs. I always used to think that with wigs you could completely transform, but actually, you end up looking the same. That is also the essence; you cannot hide behind yourself. I think that’s actually something very beautiful and also important to emphasize that it’s okay to have all these characters and that they are also equal to each other. I really learned to be vulnerable. I never used to talk about my insecurities, and that has completely changed now. 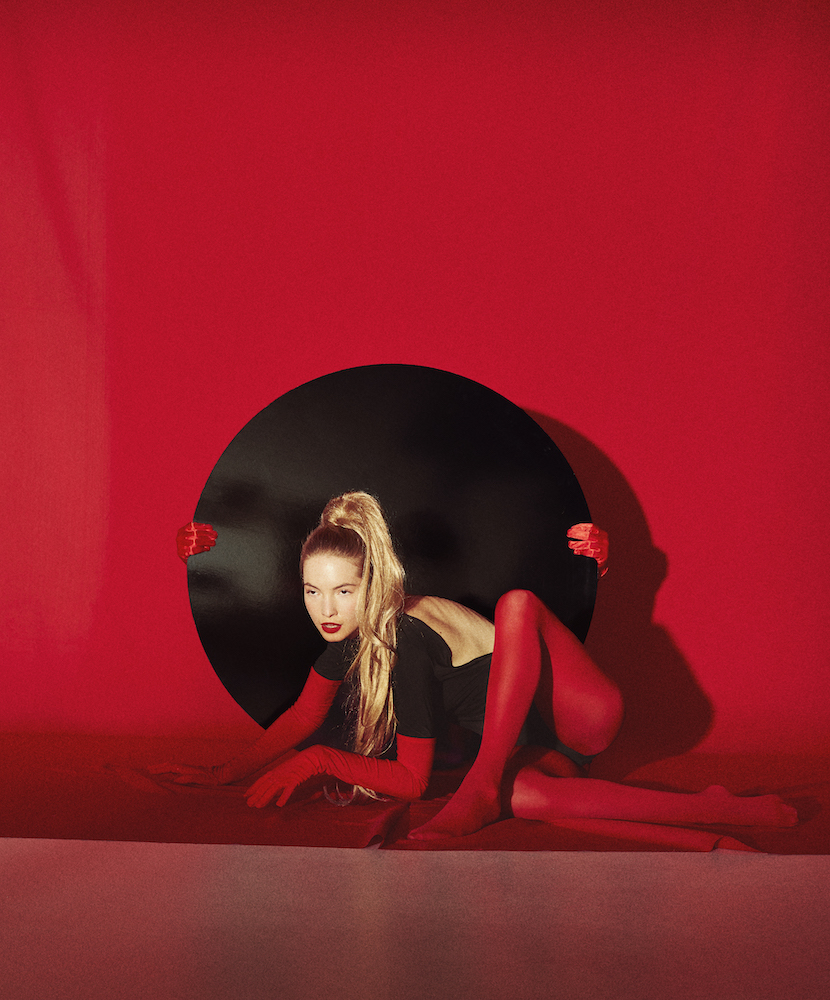 Is that why it maybe helped to write the album and put that mirror in front of yourself?

Good question. I think going into therapy is already a big step because sometimes it’s dangerous when you’re stuck in your own pattern. With “Hellballad”, I had written the whole instrumental, but I didn’t know what my feeling was about the song textually. I had a conversation with a friend and then started crying really hard. I then got some kind of insight, which made me go home with an idea. Sometimes your brain stops your heart from daring to speak when really you have to dare to listen. Sometimes it goes faster, and sometimes slower. Being solitary has its advantages and disadvantages.

Would you like to collaborate with others on songs in the future or will that process remain something you prefer to work on alone?

I was talking about that recently with Glints. Writing music in groups is something very common in hip-hop, but I don’t really have experience with sessions yet, while all my musical heroes—like Caroline Polachek—do some collaborating in groups. I am way too insecure in that and think I would rather collaborate with others because I doubt my own capability. That’s a shame because then I block myself a bit.

Like artists like Sega Bodega and Caroline Polachek, you dare to seek the essence of pop music in your music. Does it bother you that people think of your music as pop music?

I have so much respect for pop artists and have seen so many good pop shows. The first concert that I experienced was Lady Gaga in 2015, and I thought that was super awesome. I’m also a huge Ariana Grande fan. Just because you make pop music doesn’t mean you make something simple. Writing a good pop song? I can’t do that. I want to grow in that so much because that’s a style and craft. Very few people have that talent. What I do feel about myself is that I’m too niche for pop and too pop for niche, so I don’t know where I am myself. Yesterday I played at Het Bos in Antwerp, which is an alternative venue, and then I feared my music would be too pop. I think too much in the negative. I also don’t want to be seen as an artist who makes difficult music. 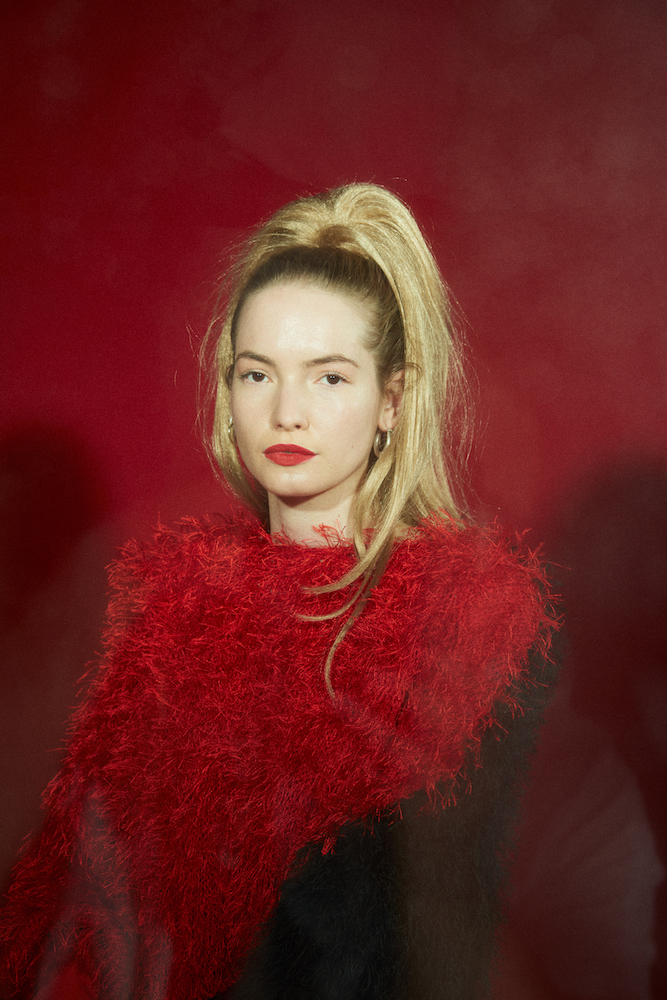 To conclude, perhaps the most difficult question: what goals have you set for Wellif?

It is a big dream for me to one-day support someone like Björk or Caroline Polachek. I honestly don’t know if that’s in the cards with this record. In the sense of I never thought I would write such an emotional love record. It’s also very acoustic, in a way. I am just very curious to see where this album will take me. It never stops, and you keep evolving. I just hope to play a lot of shows. Doesn’t matter if it is big or small shows. What I hope to achieve? That fate is in the album’s own hands.

Tristan will perform in Brussels this Friday in the AB Club. Tickets are still available. Wellif is available on all platforms. 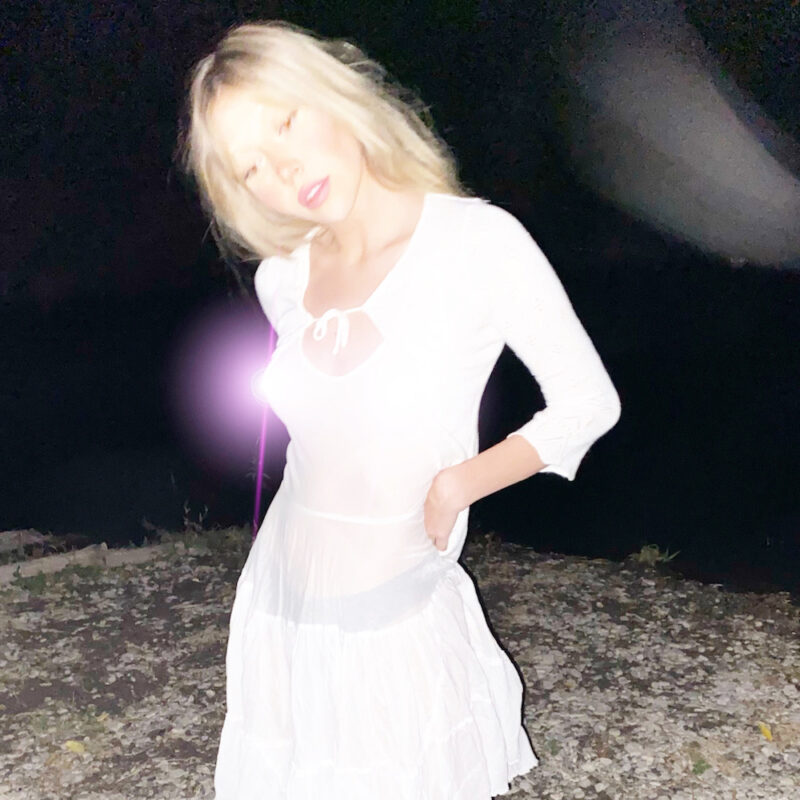 The 10 Best Releases of the Week We’ve entered the last few months of the year, which usually means that many artists want to release new music…
X