promis3 Takes Us Behind-The-Scenes of Their ‘Simulated Paradise’ Galaxy

We’ve said it before and we’ll say it again: the Belgian pop duo Promis3 is the next big thing to blow up. Their first single “Losing Our Connection” and EP ‘Like Trying To Land On A Cloud‘ were an absolute blast to listen to and already showed their artistic perspective, but it was only the preparation for everything that would follow. We visited the new pop darlings on the set of their new music video “Simulated Paradise” and feel that big things are coming!

Promis3 is the alias of creative souls Andras Vleminckx (producer) and Brent Dielen (singer), who’ve found musical soulmates in each other. Since their debut a year ago, they have been gathering the attention of many music fans that compare the duo to acts like Charli XCX and ALMA. Understandable, because their music has the same playfulness, and the production is equally sophisticated like we know it from miss XCX. It’s clear that Promis3 has the ambition and the right ingredients to get them to the champions league of electro-pop.

If you aren’t already addicted to their music yet, we’re sure that their new single “Simulated Paradise” will be the track you won’t get out of your head. Brent’s vocals have this special sense that makes every song so addictive and is exactly what the production of Andras needs. The euphoric melodies and futuristic beats make this song a real anthem and reinforce the open-world game they were going for. It feels very futuristic but also has this ’00s pop vibe we’re all still secretly obsessed about. 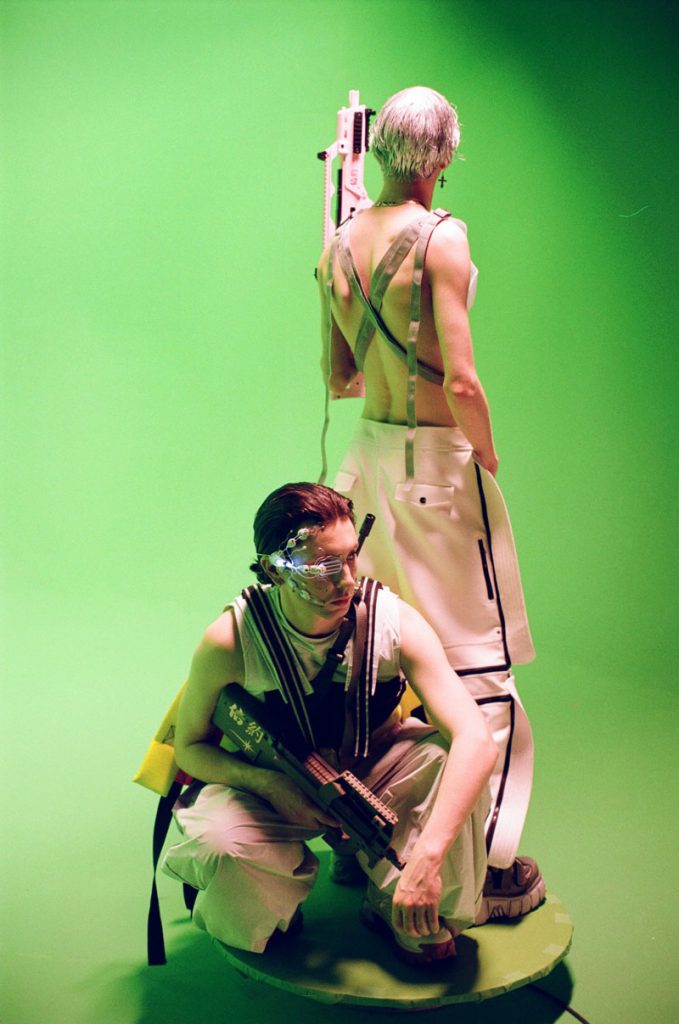 It was a cloudy day in March when Dielen and Vleminckx welcomed us in a studio somewhere on the Belgian countryside for the video shoot of their highly-anticipated new single “Simulated Paradise”. It’s their first real music video since their phenomenal debut “Losing Our Connection”, which was an incredible introduction to the upcoming project, so the personal expectations were very high. “We want this to be a visual experience that enhances the power of the single”, they explained and they definitely lived up to that.

Originally, the digital setting of the music video was supposed to look completely different, but Dielen and Vleminckx changed the directions and went for another look. Since they both have a graphic or digital background, the two decided to live together during the lockdown and do the post-production themselves. While being physically on earth, their mind was in another galaxy to create this new world for their new banger.

From editing the video to creating the 3D-world and the color grading, Dielen and Vleminckx did it all. “I just downloaded several programs and we started to create these digital rooms by watching tutorials on YouTube,” Vleminckx says about the whole process that took them over a month. The lockdown was the ideal moment for them because it allowed them to completely focus on their video and allowed them to work together on their most ambitious project to date.

The story of the video and the song is easy: escaping into a different, virtual world where you feel more free and safe. Explaining why they chose a serene but impressive environment for the video clip Dielen says, “We wanted to create this vibe of being uploaded to a database and being part of this immersive game.” The slightly avant-garde streetwear looks from Yentsé and the silver hair of singer Brent strengthen the cosmic world of the “Simulated Paradise” galaxy. Every detail is so well thought out and contributes to the mind-blowing impression we had when we first saw the final version of the clip.

“For me, it’s important to always show another facet of ourselves in the music video. That’s also why we decided to work with a green screen this time because we wanted to create a different vibe compared to our first clip,” Dielen states. Promis3 definitely isn’t a one-trick pony, and they want to further explore their abilities to create visually strong music videos. Based on what we’ve seen on their set, they’re going to make just that. We’re 100% sure about that! 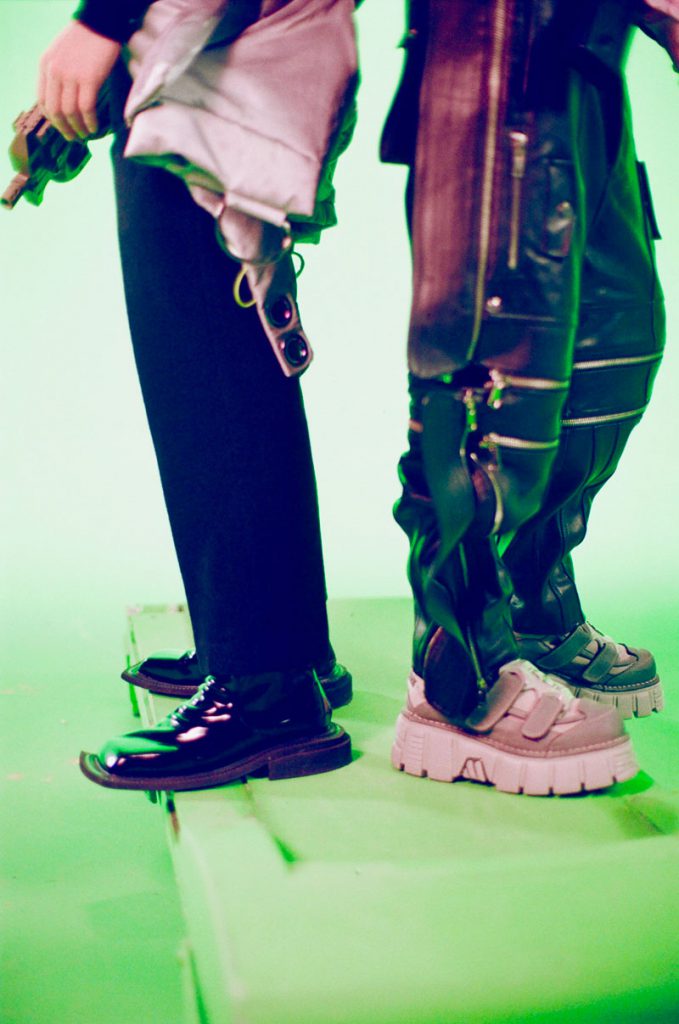 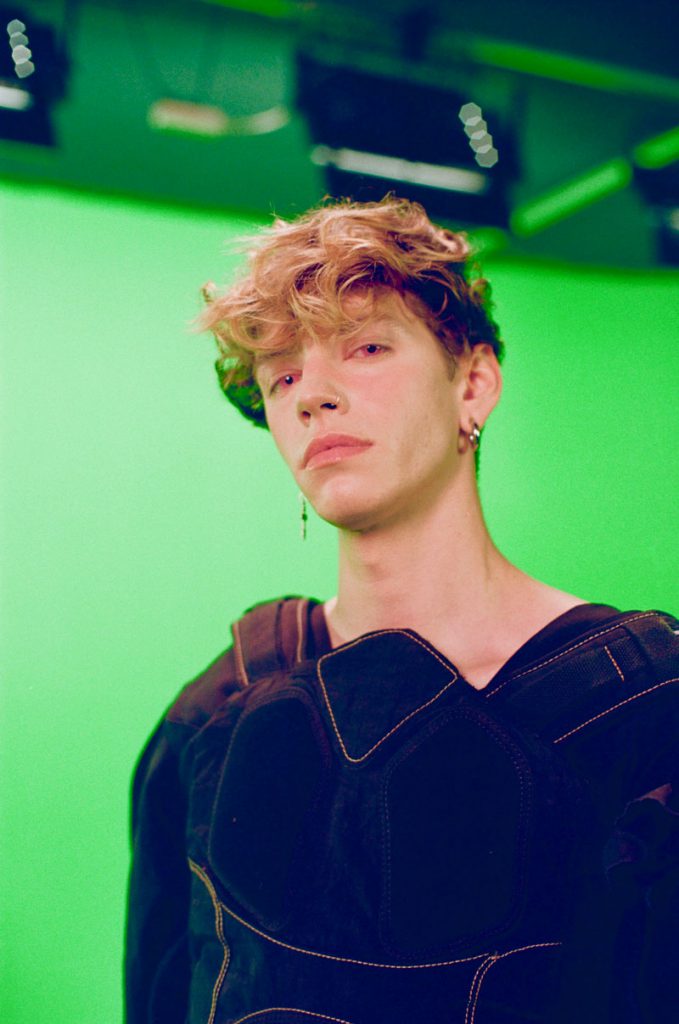 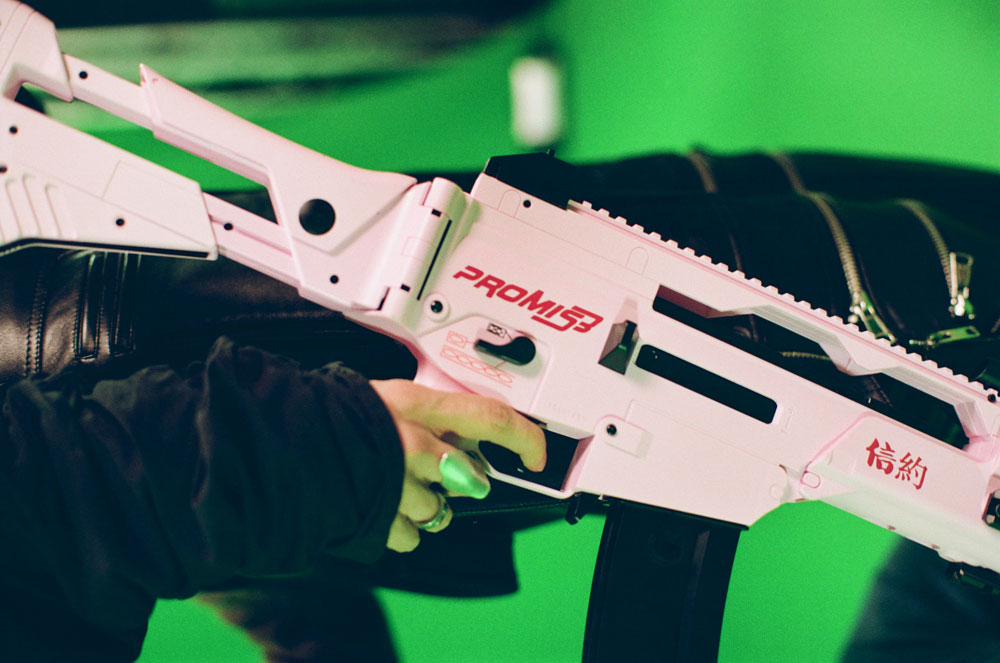 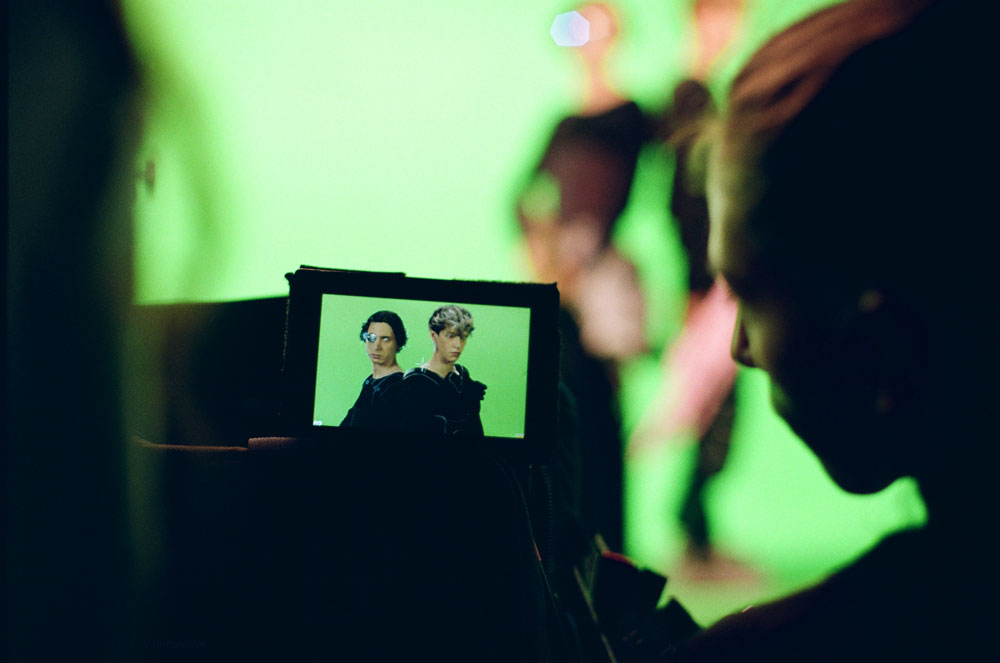 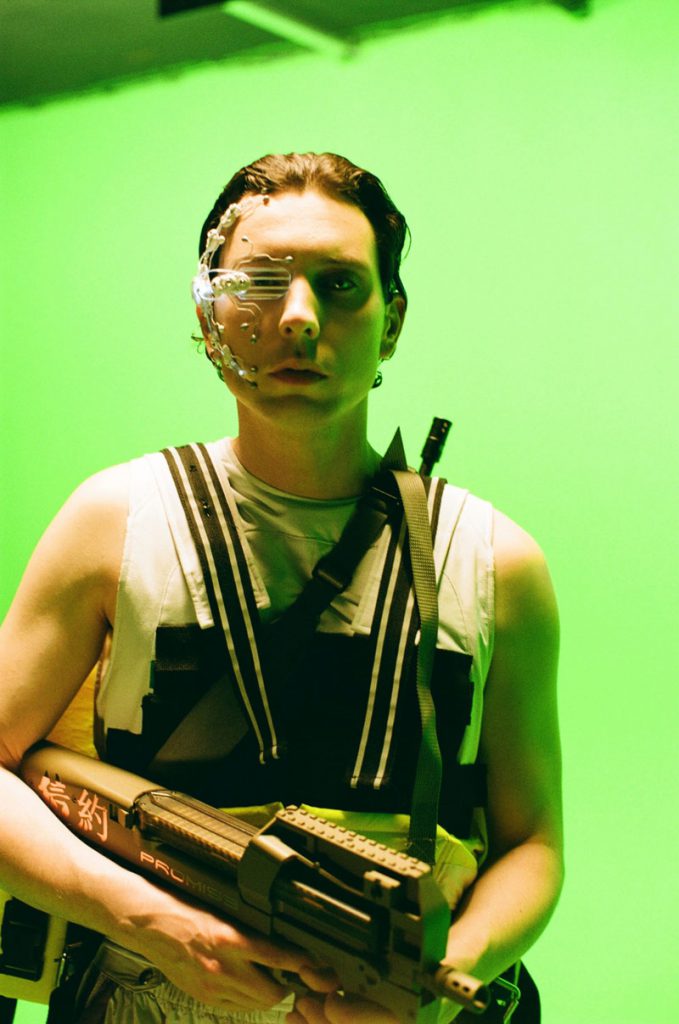 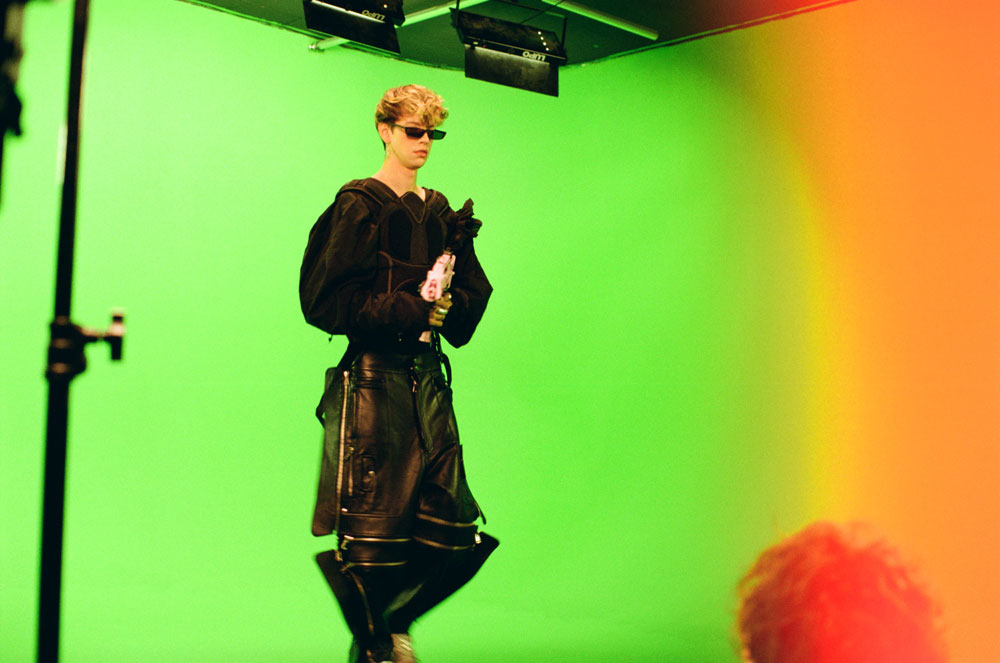 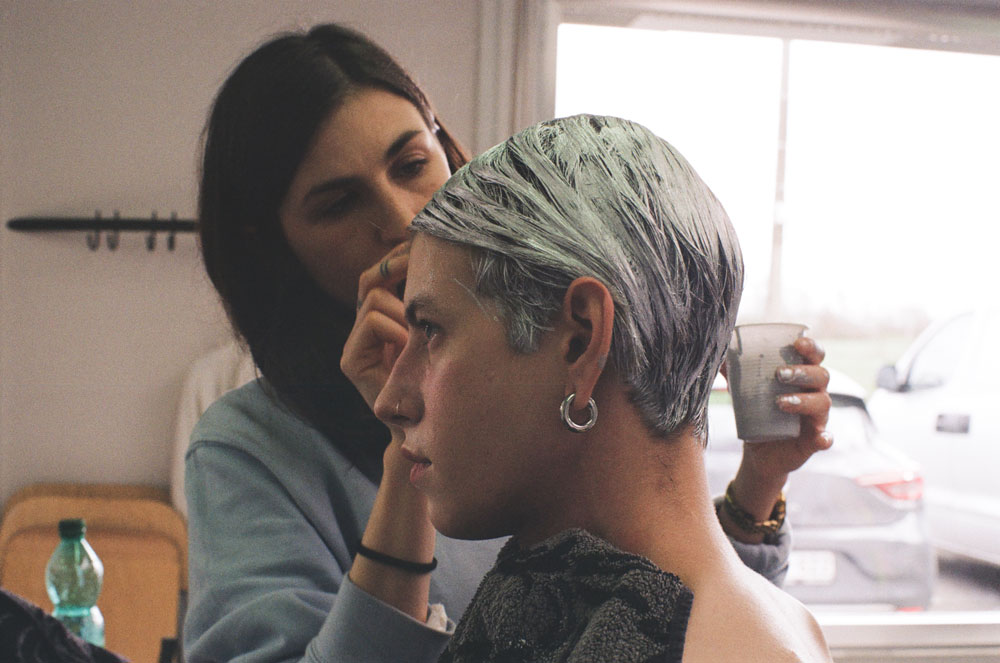 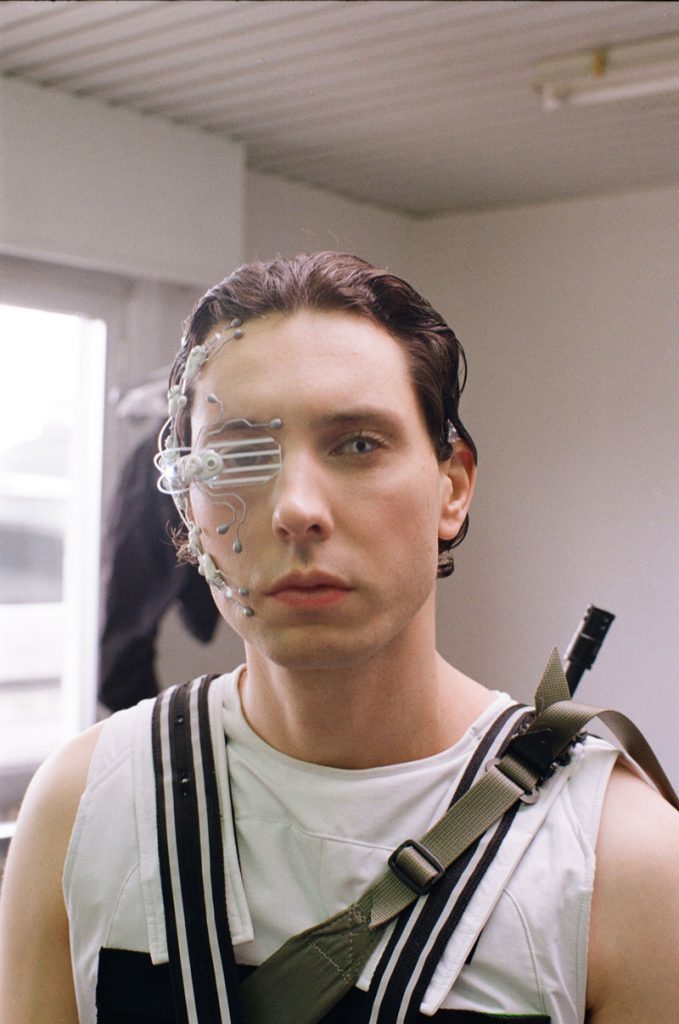 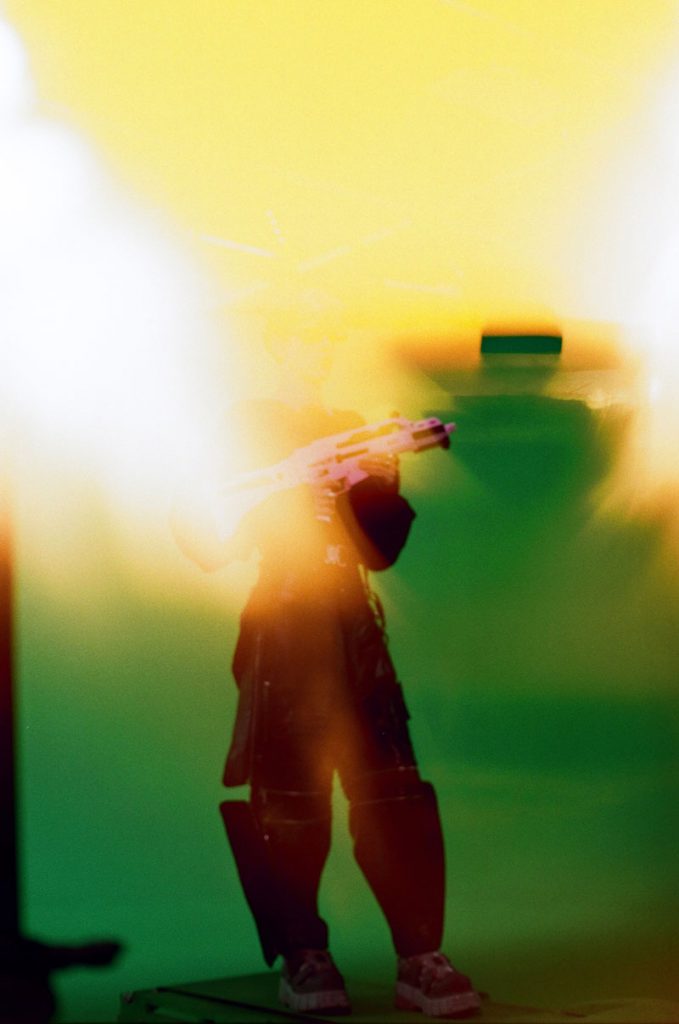